If you’ve been paying attention to the news recently you’ll have heard the reports suggesting that the punishment for using a mobile phone while driving could be increasing from a fine and points on your licence to something rather more severe – jail time. Whether this comes to pass or not and whether or not you feel it’s an overreaction, there’s no doubt that it more important than ever to pay attention to safety when using a phone in the car.


The simplest way to do this is to get a Bluetooth headset. However, many are still put off by the thought of having to put a large flashing Doctor Who prop over their ears. So when the Invisio G5 was punted to us as the world’s smallest Bluetooth headset we were intrigued. Certainly when we saw the headset in the packaging, it looked as if it could be the tiny discreet headset we were looking for and at 3.3cm long and 1.6cm wide it is undoubtedly very small indeed. As such the talk-time of the headset is a not particularly impressive four hours. However, Nextlink is quoting 20 hours – how so? 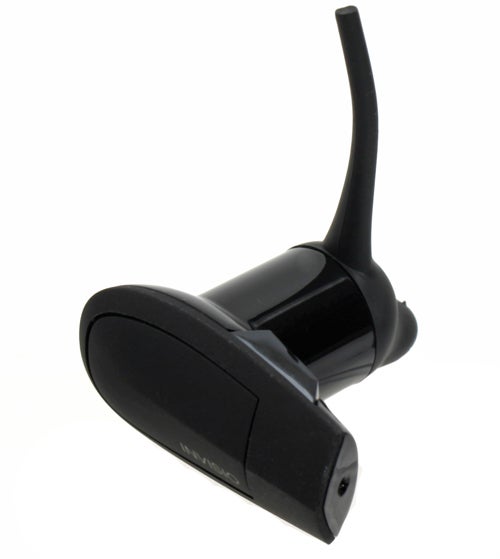 It’s because the Invisio G5 comes complete with a separate charging case. Shaped like a cigarette lighter but with a cool matt black plastic finish, at the press of a button the lid flips up to reveal a small housing for the headset. Place the headset inside, making sure to match up the contacts, and it will start to charge from the charging case, which is how it achieves the extended battery time. 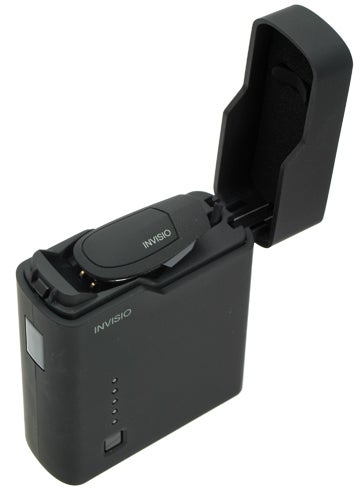 The headset can’t actually be charged directly but the charging case can be charged without the headset inside. It uses a standard mini-USB connector, so even if you don’t have the supplied wall charger you can charge directly from your PC or laptop with a suitable cable. The charging indicator is quite cool. There are five small lights that run up the side and a button underneath. Press this button and the more that light up, the greater the case charge. They move upwards in sequence when the case is charging, and downwards when the headset is drawing power from the case. When you plug in and both are charging, the lights meet in the middle. It’s pretty funky.

Along with a small manual, also included are two earpieces, (one is a spare) that you place over the end of the earpiece. This is the difference then with most headsets, which use a hook, which you place over the ear. This instead is an in-ear headphone, which initially filled me with concern. I personally have never got on with an in-ear headphones and I have been accused by Riyad of having ‘mutant ears’. Initially then, I felt as if there was no way I was going to get on with the Invisio. 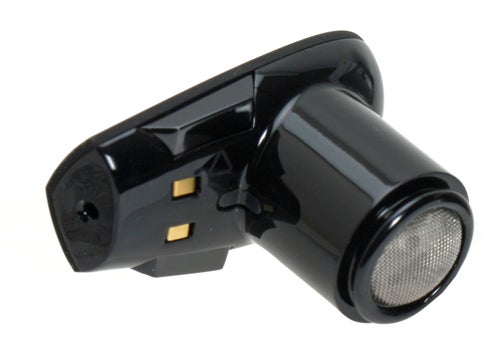 Instead of a hook, the headset is inserted into the ear and is held in place by what Nextlink calls a ‘Soft Spring’. This is actually quite a good name and refers to the extended bit of plastic that extends out of the earpiece like a small tail. This is meant to actually curl round the contours of your ear to keep the thing in place. The manual even suggest snipping off the end if it’s too long, to ensure a perfect fit. It was a bit fiddly at first, but I got quite adept at putting it on quickly and once in place it didn’t fall off. I did feel a little discomfort from the pressure on my ear canal I was able to keep the headset on for a whole morning.


However, don’t think that because of its size it will be that discreet, it still sticks out some way from your ear, and wearing it put me in mind of Uhuru’s earpiece from the original Star Trek series, though not nearly as bulky. 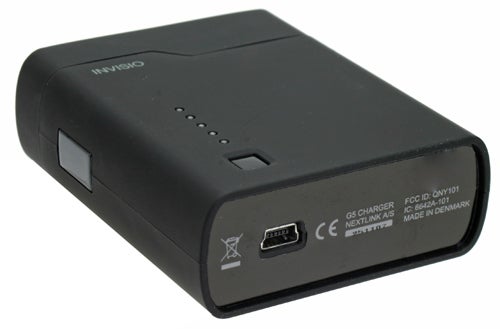 The headset itself has one button on the side that’s used to answer and end calls. On the sides are two very small, buttons for raising and lowering volume. There are lights to indicate when it’s on, but sensibly these are on the inside so you don’t have to worry about wearing a naff flashing earpiece.


All-in-all, it’s a very nifty bit of design from the Danish company but it doesn’t stop there. Nextlink has a background in providing crafty noise cancelling technology to SWAT teams and Special Forces and as such you’d expect a good performance from the headset in the real world. The G5 doesn’t actually sport the Bone Conduction Technology used in its more extreme headsets, but I had no complaints in day-to-day use.

In the demanding environment of my car on the M25, in the rare occasions I get up to speed, the headset fared well, and callers said my voice could be heard perfectly clearly. I also had no problems hearing the other party, but whether in the car or at home, the other person always sounding a little thing and distant. The headset behaved as I would expect, and pressing the button activated the voice dialling on my phone, which once set up worked well. 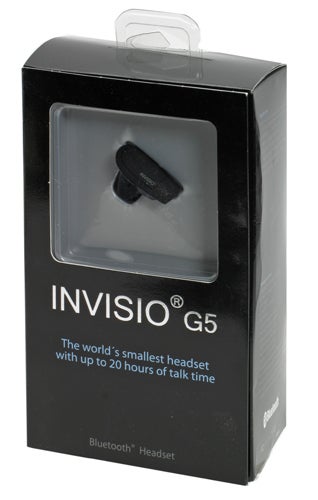 For sound quality the G5 does well then, and it’s reasonable in the comfort stakes. Certainly its size is a big selling point, but really it’s the charging carry case that’s the really ingenious aspect. You can take that with you and know that you’ve got plenty of talk-time to play with and just charge it occasionally. Having it in the case means you’ll be less likely to lose it, as otherwise it’s almost too small. On one occasion I took it off when I got inside and put it into my pocket from where it accidentally got a ‘pocket press’ and made a call, so you need to be careful on that front. 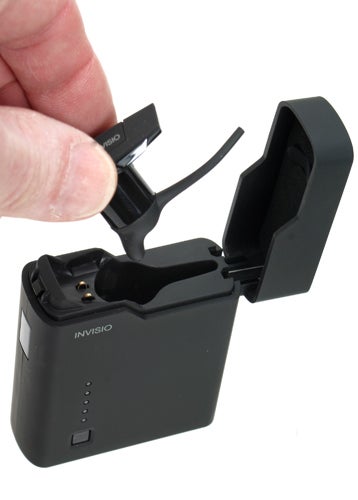 Overall, I have to say I prefer my old venerable Motorola HS-850 – yes it’s a porker compared to the Invisio G5, but I prefer the way I can just leave the headset off and just flip it open and pop it over my ear when a call comes in. However, if you don’t want a large flashing thing on your ear and don’t have a problem with in-ear headphones, then the Nextlink Invisio G5 is recommended.


The Nexlink Invisio G5 is a Bluetooth headset with some nicely designed touches. The small size is a plus, the in-ear spring plug is clever and the charging case that extends talk-time to 20 hours makes for a stylish package. If you don’t mind having an in-ear solution, this is a neat Bluetooth headset.