What is the Nextbase 612GW?

The 612GW is the new flagship dash cam from Nextbase. Resolutions have been creeping up for the past few years, pushing gradually beyond Full HD. The Yi Ultra Dash Camera offered 2.7K, but none had broached the heady heights of 4K – until now. The Nextbase 612GW is the first dash cam to arrive at Trusted Reviews offering such a resolution, promising the most detail yet for personal driving surveillance.

The Nextbase 612GW is based around a fairly high-end Sony Exmor R CMOS with 8.57 megapixels. Nextbase doesn’t state the size of this sensor, but other devices using Sony chips with this specification – such as the FDR-AX53 camcorder – quote a 1/2.5-inch unit, which is reasonably large for a dash cam.

Whether my guess of the CMOS size is correct or not, it has enough pixels for the top recording resolution of 3840 x 2160. This is captured at 30 frames per second and a healthy data rate of 46Mbits/sec. You can also capture at 1440p or 1080p and 30 or 60fps to conserve space, although there’s no sense in paying extra for a 4K dash cam and then not using the feature. 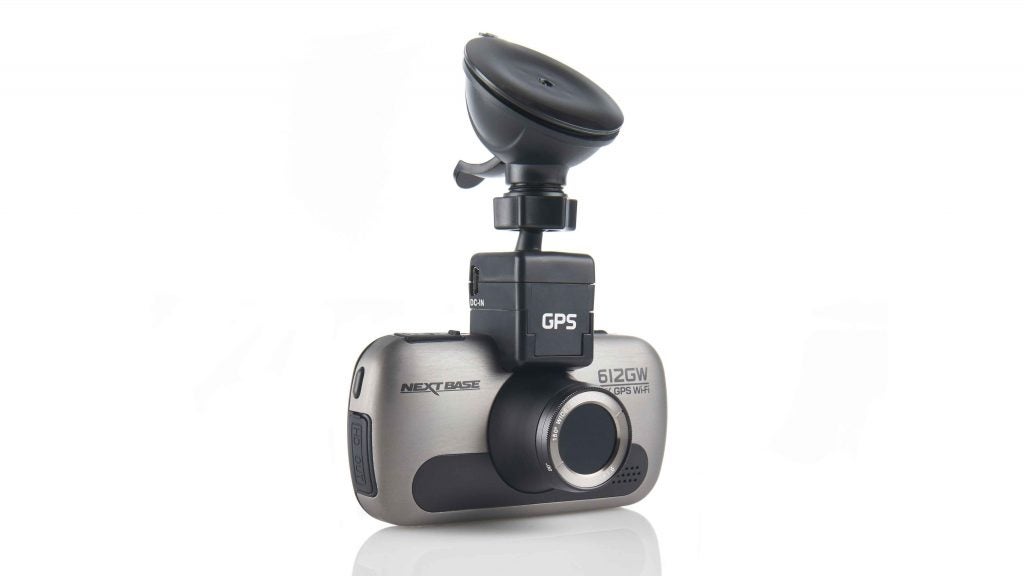 Normally, you could get away with an 8GB card in a dash cam thanks to looped recording. But this capacity is only sufficient for 23 minutes of 4K footage from the 612GW. So a 32GB or 64GB module would be more appropriate. It’s also worth mentioning here that recording 4K requires a microSD card beyond the bog-standard speed. You need a Class 10 U3 card, which means writing speeds of at least 30MB/sec. In other words, media costs will be a little beyond the usual dash cam levels. 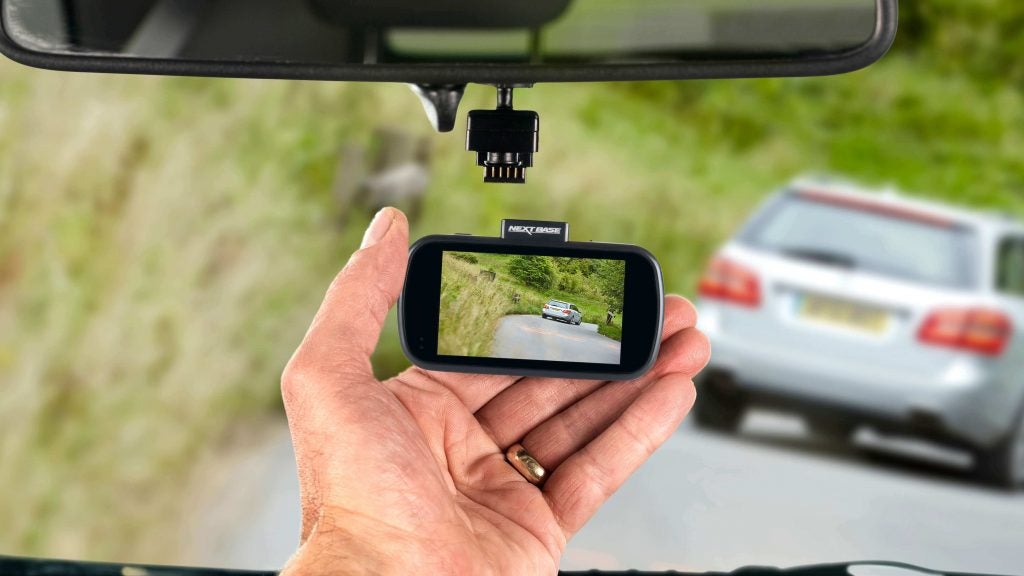 The mounting provisions are fairly typical, but with a few quality touches. There’s a suction windscreen attachment that includes a slide-in quick release for the dash cam. This incorporates electrical contacts, so the power cable can be plugged into the mount; you don’t have to attach it to the dash cam separately. You can then leave the power cable connected permanently. 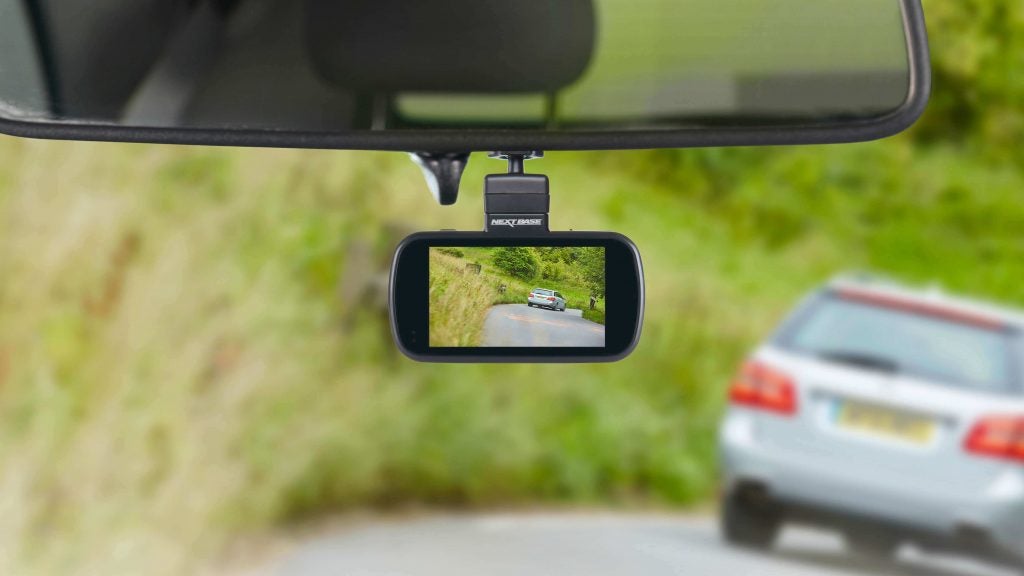 For an even more permanent installation, Nextbase also includes an alternative mount using 3M adhesive tape; there’s a spare patch of this included in the box, too. However, the power cable itself ends in a captured cigarette lighter adapter, so as is usual with dash cams, using the 612GW alongside a satnav requiring the same power connection will be problematic.

Unusual among dash cams, the 612GW has a touchscreen, so there are only two physical buttons on the device itself. One is for power and the other is for marking an emergency recording manually, so it’s protected from being overwritten during looping. Everything else is configured by touching the three-inch LCD. 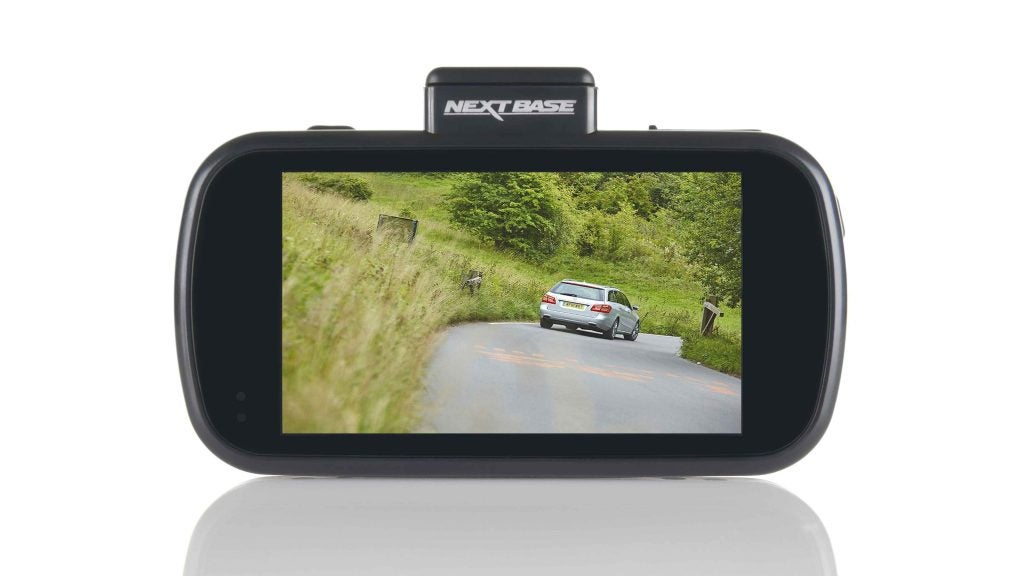 Press the screen lightly and a menu appears along the bottom edge. Switch between video, photo and playback modes with the first icon on the left; toggle audio recording with the next icon along; and trigger or stop video recording with the one after that. Then there’s a Wi-Fi button, of which more shortly. 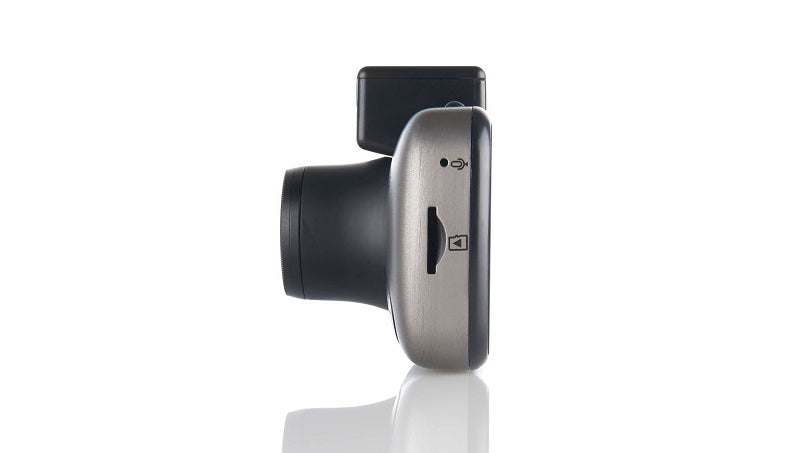 The final icon is the familiar cog associated with settings. This leads to a different set of menus. You can call up details of the GPS signal, since the 612GW has a receiver built in, and can store your location along with video files. There are three levels of G-sensor, too, in case it either isn’t sensitive enough or too much so. This detects incidents and automatically tags the current video against being overwritten. 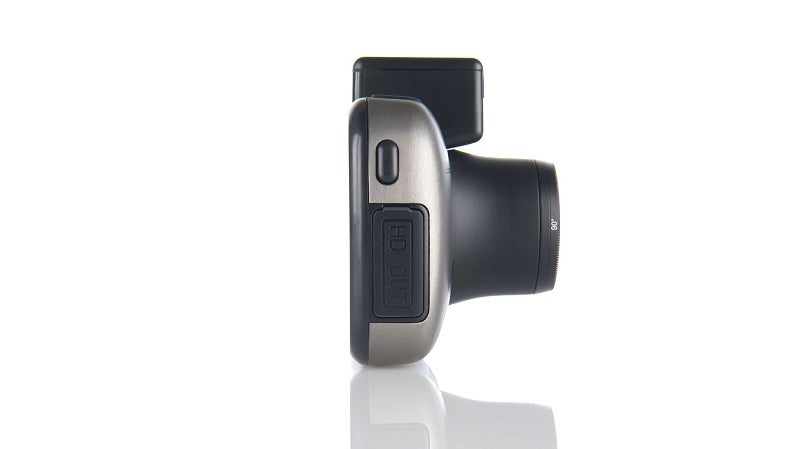 You can add your number plate to videos, and choose whether or not to show your current speed (derived from the GPS info). The speed can be shown dynamically on the screen and also as you drive; it appears as large green numbers, replacing the video preview. There’s a Parking mode, which leaves the camera on standby when unattended, triggering a recording when motion is sensed. Alternatively, you can turn on Time Lapse mode to grab a frame every three or 30 minutes. 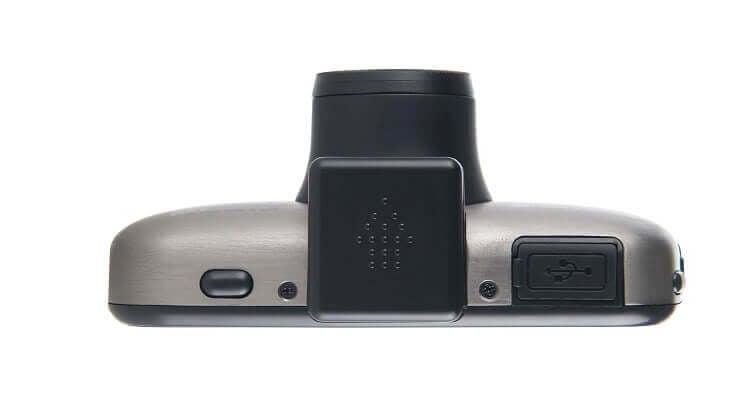 Looped file duration can be set as one, two or three minutes, which configures how the journey recording is split up into separate files. There’s an exposure setting with five steps between -2 and +2 EV. Rather surprisingly for such a premium dash cam, however, there aren’t any options for lane departure or pending collision warnings. While these aren’t exactly essential dash cam features, models at this price usually provide the option.

The 612GW may lack additional dash cam safety features, but it does supposedly have built-in Wi-Fi for use with a smartphone app. Unfortunately, I couldn’t get it to work. Pressing the Wi-Fi icon in the menu didn’t appear to do anything.

What you’re paying for with the 612GW is essentially the 4K video resolution, so the success of this dash cam will revolve around whether it delivers in this crucial area. Thankfully, it does – in spades. This is without question the best dash cam footage I’ve seen. The 4K detail is evident, and a good range of contrast is displayed with faithful colour reproduction. 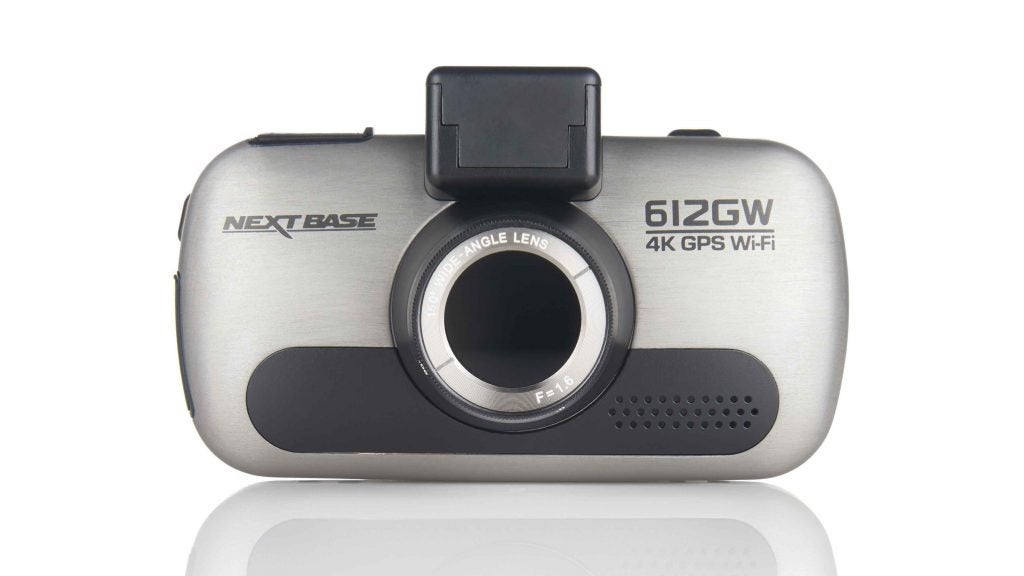 The high data rate means that you don’t lose any of the benefit of the resolution due to compression artefacts. It’s possible to read quite small text, and car number plates can be made out as you pass them in motion – which are the primary features you need from a dash cam. A low-quality version of the video is also recorded alongside the 4K one. This uses a 768 x 432 resolution.

You can view a sample of footage from the Nextbase 612GW here. Still images that appear to be captured at only 1920 x 1080 are also of good quality. You get the usual lens distortion from a dash cam’s wide viewing angle – 150 degrees, in the case of the 612GW – but there’s plenty of detail, enough to see that my car really needs a clean.

Why buy the Nextbase 612GW?

The Nextbase 612GW is expensive for a dash cam that isn’t exactly packed with bonus features, and it’s a shame that I couldn’t get the Wi-Fi connectivity to work. But it delivers the best-quality footage I’ve seen from a dash cam so far. Build quality, too, is reassuringly sturdy.

So whilst this may not be a dash cam brimming with bells and whistles, the Nextbase 612GW delivers in the areas that really matter – making it worthy of a recommendation, despite the high price.

The Nextbase 612GW’s 4K video quality is the best yet from a dash cam.