The 112 is Nextbase’s entry-level dash cam. Recently, I looked at the current flagship of the range, the 512GW, although a new model is just about to slot above this. The 112 is the other end of the scale. With a £50 RRP, and available from some vendors for just a few pounds over £40, this is a bargain basement product on price. The question is whether it’s similarly lowly on features.

One obvious indication that the 112 is a budget device is the video resolution it uses for recording. Where the 512GW boasts 1440p resolution, the 112 drops right down to 720p – 1280 x 720 pixels. This is basically a quarter as many pixels, so you won’t get anywhere near the detail, even under the best of conditions. 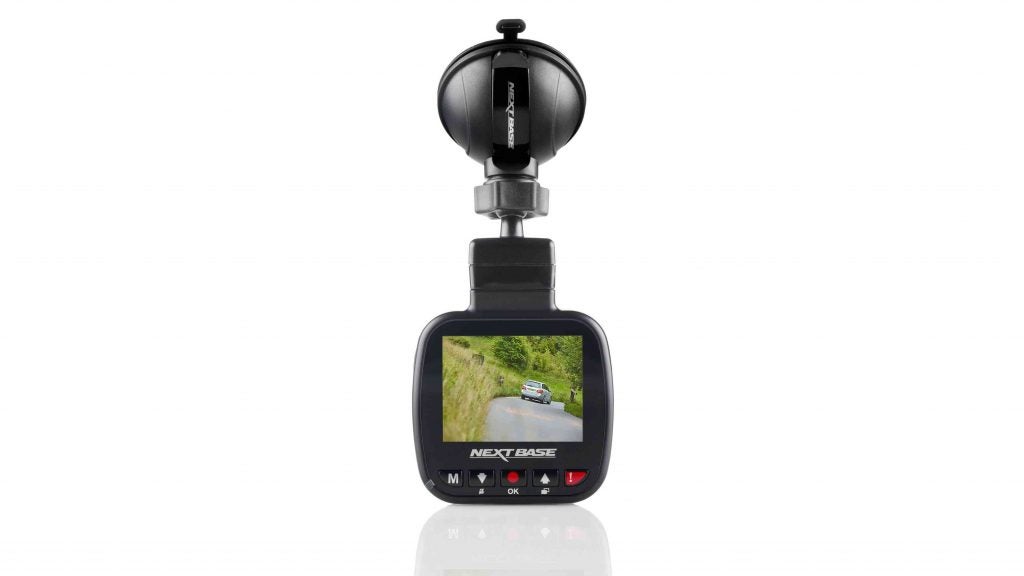 There’s no high-speed option, either, with 720p footage recorded at 30 frames/sec. Footage is recorded at around 19Mbits/sec, which means the compression isn’t that aggressive, and the 112 should be able to make the most of its quality, despite the lack of detail at 720p. If 720p isn’t low enough resolution, there are also WVGA (720 x 480) and VGA (640 x 480) modes available. It’s also possible to take photos, although only one resolution is available – 1,280 x 720.

A MicroSD card slot is used for recording, and no media is included. However, at the top quality setting a 16GB card should be enough for around 112 minutes of footage. Once the memory card is full, as with most dashcams the 112 will begin to loop recordings, deleting the oldest files and replacing them with the new ones as they are captured. 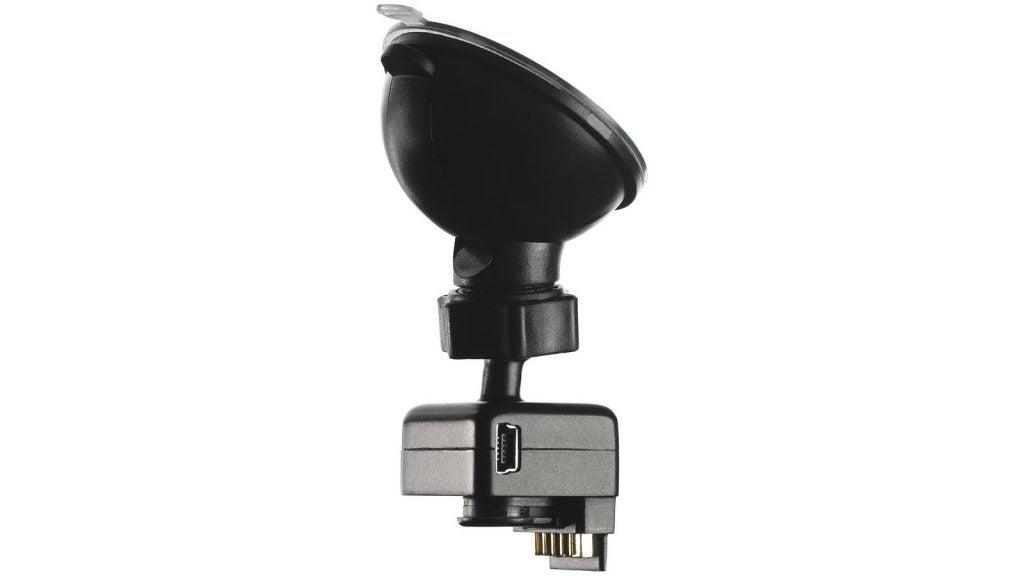 Surprisingly, considering the price of the 112, Nextbase has equipped it with a magnetic mounting system. This isn’t quite as seamless as the magnetic system we see on premium sat-navs such as the TomTom GO 520. But it still works quite well. The 112 slides into place and is held there by magnets.

The long car power cable connects to the mount rather than the dashcam itself, with contacts on the magnetic mount. When you slide the 112 into its mount, it automatically receives a power connection. However, the power cable itself uses a captive cigarette lighter adapter, so will restrict you from using the dashcam at the same time as a sat-nav, unless you have an alternative way of powering the latter.

The 112 is quite small, and only has room for a 2-inch display. The power button and a mode button for toggling between video capture, stills and playback are found on the left-hand side. But the remaining five buttons for operating the menu and other functions sit below the screen. 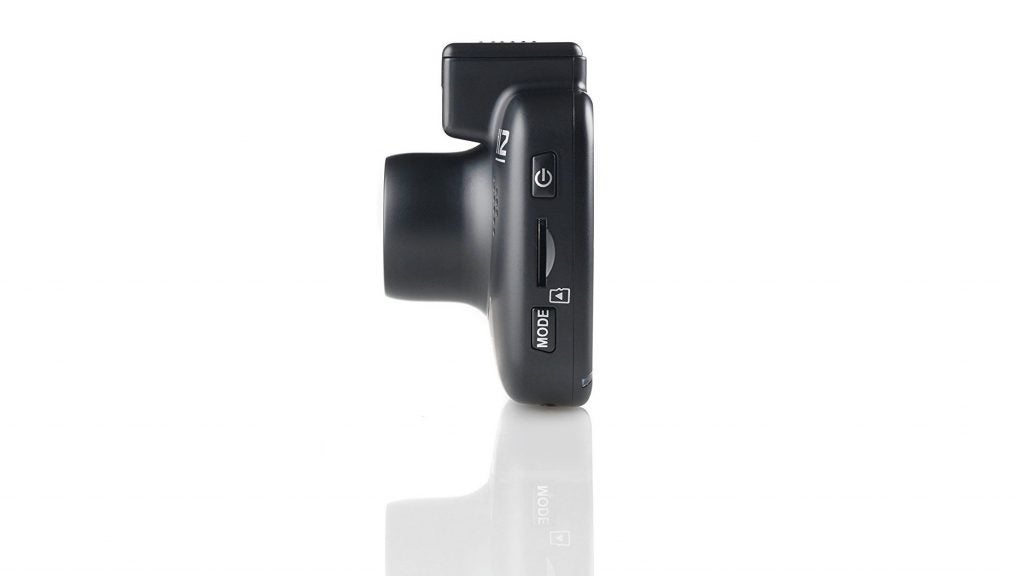 The menu isn’t exactly packed with features, but you do get the ability to bias the auto-exposure up or down by 1 or 2 EV. You can toggle audio recording, and enter your number plate to use as an overlay. You can also choose whether to stamp your video with the time and date (this is on by default). The loop length can be set to 2, 3 or 5 minutes.

If you find you need to position the 112 pointing up from the mount at the bottom of your windscreen rather than hanging down from the top, it’s possible to rotate the display by 180 degrees. However, the buttons that were below the screen will now be on the top, which might be a little confusing. 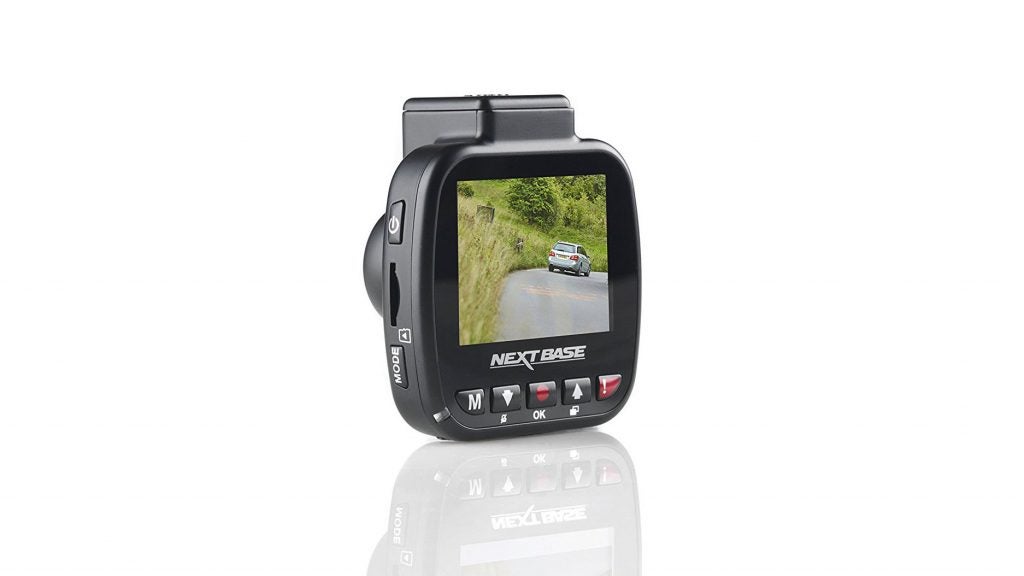 The G Sensor also has three sensitivity settings, as well as an off mode. This comes into play to detect sharp movements, which then triggers marking the current video recording as an incident. This means it won’t be overwritten during the looping process.

This is about the only optional safety feature provided by the 112. The other capability worth mentioning is Parking Mode, where the device will use its G Sensor to detect motion and trigger recording. However, the built-in battery is only rated for 30 minutes, and although the unit isn’t recording all the time, it won’t last a very long time in this mode. It certainly won’t protect your car whilst left in airport parking for a week.

Thanks to its lowly 720p video resolution, the 112 doesn’t deliver video quality at anything like the level of its 512GW sibling. Not surprisingly, the detail is very noticeably less, and although you can make out large text, you can’t read number plates unless viewed at close proximity and low speed. Overall, this is some of the weakest dashcam image quality we have seen.

Low light performance isn’t particularly impressive either. Unless you are driving in very well-lit night conditions, you probably won’t be able to make out much detail. Again, there’s not a huge amount of noise or grain; the video is just very dark and you can’t see very much.

Here is a sample of footage from the Nextbase 112.

This is a photo taken in camera mode. 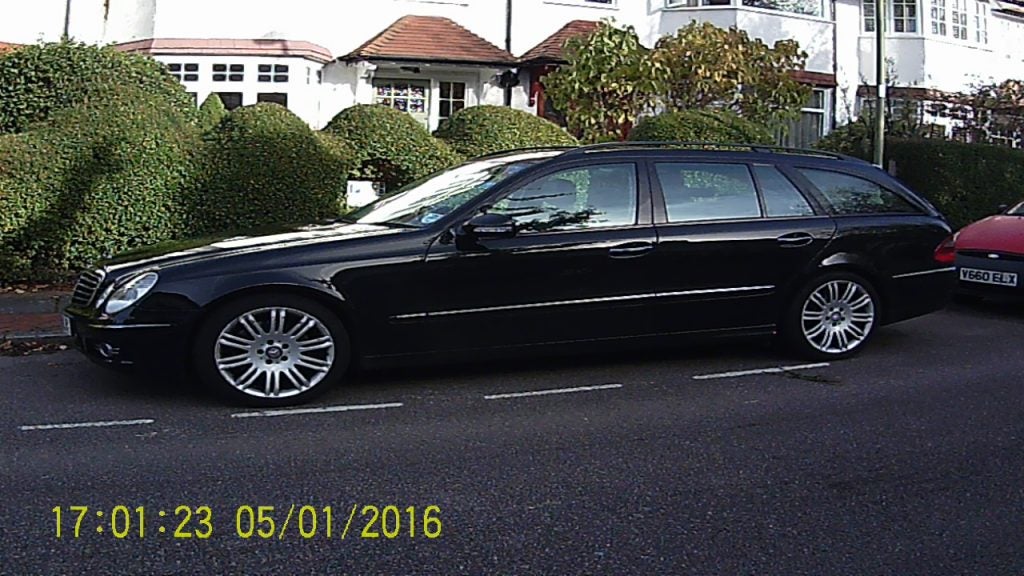 Again, the low resolution reduces the value of this feature, with clear evidence of artefacts including stair-stepping of diagonal lines. The image has also been stretched horizontally. This car is nowhere near as long as it looks in this picture. Virtually any recent smartphone will outperform the 112’s still image abilities.

The Nextbase 112 provides a low recording resolution and very limited feature set. But it’s also very cheap. In fact, with a price on Amazon at the time of writing of £43, it’s one of the cheapest dashcams we have seen. Despite the price, build quality isn’t particularly flimsy.

The video quality available is not going to pick out important distant detail or much text. Apart from the handy magnetic mount, this is very much a no-frills device in terms of features, too. If your funds are limited, or you really don’t want to spend much on a dashcam, it’s just about worth considering, but we’d recommend saving up a bit more for a higher-resolution model.

The Nextbase 112 is a dashcam with limited video quality and features, but at least it comes at a bargain basement price.