The Netgear EX6200 is a pricey, £84.99, Wi-Fi extender taht claims up to AC1200 speeds, much like the Linksys RE6500. Like that model it’s a larger format extender with a separate power supply and larger, router-like housing. In fact, the housing isn’t just large, it’s massive!

At 247 x 173 x 30mm, the EX6200 is over twice the size of the Linksys model, though for that you do get a rather snazzier look and a nice rubber-footed stand to hold the device vertical for if space is tight.

Rated to AC1200, it’s the same as the Linksys model but Netgear also talks up its high-gain 5dBi antennas and 700mW amplifiers. There’s also a dual-core ARM A9 processor in there and not four but five Ethernet ports! 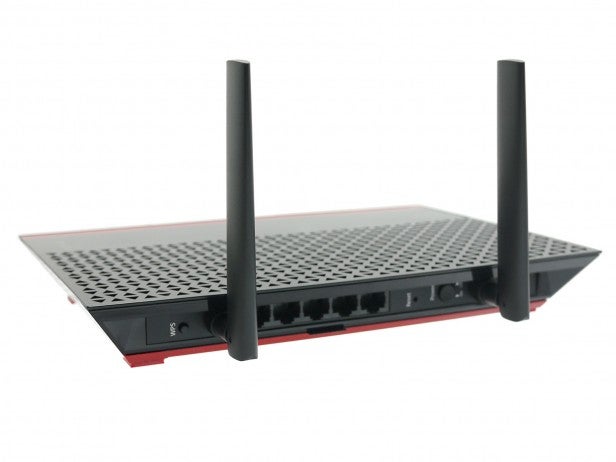 You also get a USB 3.0 port for connecting and sharing a printer or external hard drive. You don’t get the music streaming option of the Linksys, though.

The EX6200 has another trick up its sleeve too, which is it can offer two modes of operation. There’s your standard browsing mode where both bands are extended or there’s FastLane mode, which only extends either the 2.4GHz or 5GHz but increases the range. Oddly the latter doesn’t work by switching one radio off completely but instead uses one band to connect the router to the extender then the other band to connect between devices and the extender, so whichever way you swing it you’re limited to 2.4GHz speeds.

Regardless, setup is really easy, with again WPS or manual options on offer. The latter is particularly good at guiding you from connecting to the default Wi-Fi through configuring the extended network.

We expected big things from the EX6200 but it actually fell way short of those expectations. At 2.4GHz it performed okay, coming third at both 7m (20.8Mbps) and 20m (14.4Mbps). However, the real problem was at 5GHz where it was dead last. There could have been some compatibility/setup issue causing the poor performance but repeated setup and testing procedures still produced these poor results, while all the other extenders we’ve tested performed as expected.

For the money we were disappointed by the EX6200’s performance though mileage may vary. Nonetheless, we found the Linksys RE6500 a better package all round so would recommend that instead.

Next, check out our pick of the Best Wi-Fi Extenders