What is the Netatmo Presence?

The Presence is Netatmo’s outdoor smart security camera. In addition to its weather-proofing, the Presence’s party trick is its claimed ability to be able to tell the difference between a human, a car and an animal, then react accordingly.

The Netatmo Presence has holes in its casing, which at first glance would make you scared about putting it outside. You don’t need to worry; the internals are treated to the HZO standard to make them waterproof.

The camera mount and connection to the power in your house aren’t so protected. When you install the Presence you have to cover the top and the sides of the mounting with sealant to make it waterproof.

My electrician was very sceptical about this, but I’ve not had any issues, even after weeks of heavy rain. You can wire the camera up to any external lights you already have, and since it has a built-in light you can even use it to replace them. 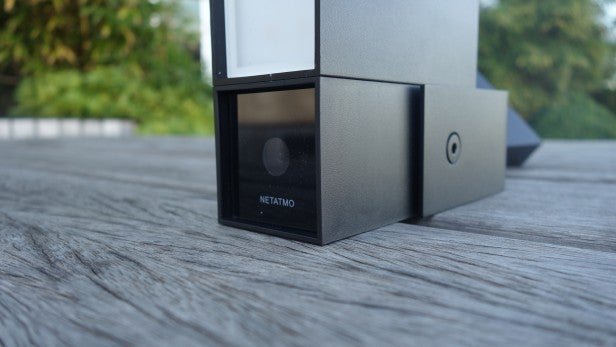 The screw that attaches the camera to the mounting and adjusts the tightness of its horizontal movement is really awkward to get at. It would be hard to adjust when it’s right in front of you, let alone at the top of a step ladder. This screw is between the arms that hold the camera on, so you can only turn it a tiny amount each time.

Once you have the camera installed and the app installed on your phone. you simply connect to the camera with your phone and wave a QR code in front of it to prove you’re there. It’ll ask for the Wi-Fi details, and then you’re away.

The camera is recording at all times, but it only saves the video if it matches one of the criteria you’ve set. You decide on an area where you’re interested in movement, and then set how it should react to cards, animals and humans. For example, I have it set to ignore cars, record animals and, if a human is spotted, to alert me, turn on the light (at night) and start recording.

The area detection is spot-on. It’ll start saving if there’s movement inside the box, but it’ll check the entire frame to see if there’s something it should record. So even if only a bit of a human foot goes inside the area you set, it will identify that it’s a human and send an alert. 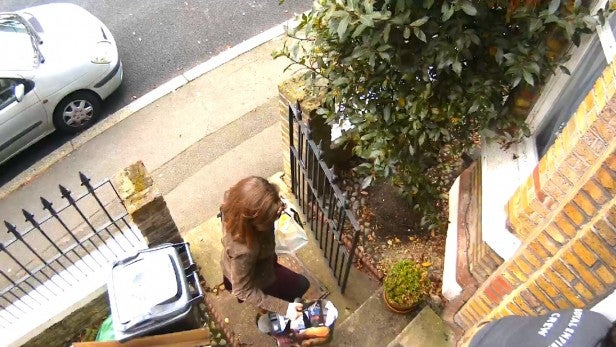 The recognition is a bit patchy – it’s not very good at telling humans and animals apart. I was woken up by an alarm telling me a human was outside at 2am. I watched the Paranormal Activity-style video (night vision in HD no less) to see which creepy human was moving around outside my windows, but it was a pair of cats. 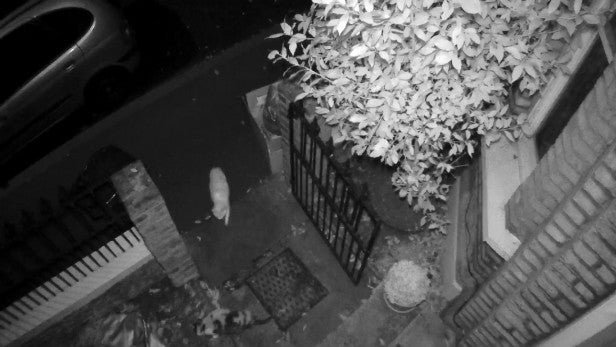 The same night it also told me about another human at 6am, which was a fox checking my bins. It’s been wonderful to see just how much wildlife is going about its business in my street – the fox checks the bins every morning, by the way – but not so nice to get the early-morning alerts. I’ve since set my phone to not make a noise at night time, which has solved the alert problem. 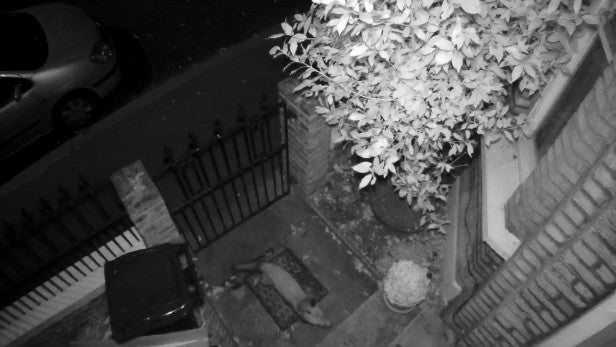 It’s also bad at identifying humans. The local kids’ football team called to ask for donations for new uniforms and the camera decided they were animals. It’s very good at spotting cars, though – I’ve never had an issue with that.

Getting a computer to recognise objects and correctly identify them is a huge challenge, and I don’t think it’s one that’s been really solved yet. In the camera’s favour, I’d set it quite high up and angled down, but positioned it within the recommended settings. It might find it easier to identify people if it was more horizontal, but I’m not rich enough to have a driveway.

The Netatmo security app is easy to set up, but changing settings can be fiddly. I moved the angle of the camera up to get a better view of people visiting, but the part of the app that lets you select the area for alerts updates slowly. It was still showing the old view for ages, so I had to guess where the area should go for triggering actions. It’s still not quite right.

The video quality is impressive and surprisingly clear. It’s ideal for keeping track of everything that goes on outside your house, no matter where you are. Delivery companies can’t pretend that they tried to deliver something when they didn’t. If you have teenagers who have a curfew, it will mean you’ll know exactly when they did come home, even if you’ve already gone to bed.

It’s reassuring to know that if someone comes snooping around I’ll get HD video of them, no matter what the time of day. Videos are automatically saved to the 16GB memory card that’s included, but you can also have them uploaded to Dropbox or a personal FTP server.

The sound recording isn’t bad. You can easily overhear conversations, but it does pick up a lot of wind noise.

You can even watch the camera live whenever you want, but it has a delay of 5 to 10 seconds, so you’d struggle to use it with a smart lock to let people in.

Should I buy the Netatmo Presence?

If you’re interested in home security, this is a good unit to buy. Netatmo has great experience with cameras from releasing its Welcome camera earlier this year. The fact that the unit doesn’t demand a constant subscription to save data – unlike some smart security cameras – means you don’t have hidden costs that build up. Dropbox integration allows an extra sense of security and also provides a good route to doing more clever stuff with IFTTT.

Installation can be a bit tricky, but hopefully you’ll only need to do that once. The recognition software needs a bit of work, but updates will improve that.

A good external security camera. Just get someone else to install it.