Imagine someone you love has an obvious annoying habit – they chew with their mouth open, pick their nose, drink far too much far too soon, have the sort of piercing laugh that strips paint at thirty paces. Do you tell them? Do you just grin and bear it and hope that you’re the only one who notices? Do you try to avoid seeing them when easily wound up? 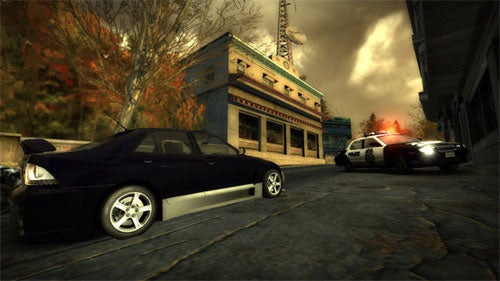 I’m asking, because the Xbox 360 version of Need for Speed: Most Wanted has an annoying habit, and I think we’d better talk it through before things get said and people get hurt. It drops frames. Despite running on the most powerful gaming console of the present time, it drops frames. There. I’ve said it. The frame rate stalls from time to time – suddenly, and so quickly that you might not notice – but it happens. If you’re the sort of person who wept in anguish when it was revealed that Project Gotham 3 would not run at sixty frames per second, stop reading now. Turn around. This game is not for you.


Feeling more forgiving? Good, because Need for Speed: Most Wanted has charms that more than make up for this little shortcoming. For a start, it’s a looker. In fact, having played three different versions, I can safely say that Most Wanted looks sweet on the PS2, highly desirable on a specced-up PC, and simply drop dead gorgeous on the Xbox 360. Just when we were getting sick of Need for Speed’s obsession with neon lighting and shiny, rain-slicked tarmac, Most Wanted has replaced it with urban grime, industrial squalor, autumn colour and the too-bright sunlight of early dusk. 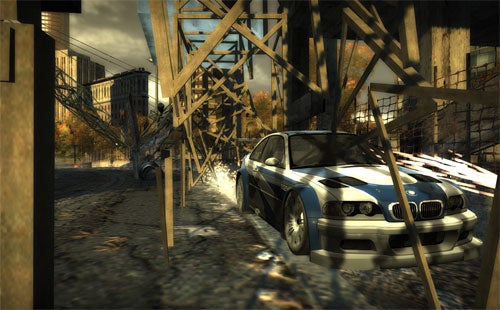 Instead of trying to recreate real cities, Project Gotham-style, EA has built its own, Rockport – a mass of diverse neighbourhoods, sprawling highways and busy junctions – and it’s packed with character and detail. From the tree-lined suburban byways to the crumbling boardwalks by the ocean side, Rockport is a magnificent creation, and EA has complemented it with beautifully rendered car models and literally blinding lighting effects. If HDR bloom is next year’s lens flare, then thank goodness this game arrived before we all got sick of the cliché. 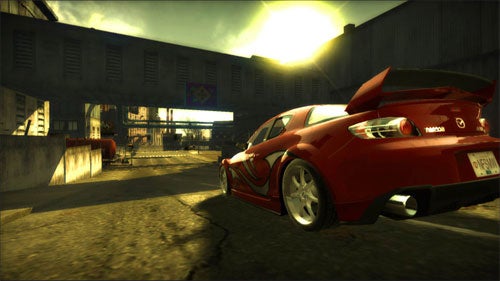 What’s more, the game plays better than any Need for Speed game has in years. In effect, the game works as a cross between the much loved Hot Pursuit series and the better selling Underground efforts, but while the result could have been a disaster, it’s actually worked superbly. On the one hand, you have Underground 2’s free-roaming city environment, where you can drive around, looking for races and challenge events, shop for parts or new cars, or just explore as you see fit. On the other, you have a tighter structure and a diligent, street-racer hating police force, just like in Hot Pursuit. And the game ties the two together through a cunning plot that has you working your way up a street-racing blacklist. It’s a pretty standard tale of revenge against the guy who stole your reputation and your wheels, but if I tell you that it’s told in cheesy 1996-vintage full-motion-video and I still didn’t hate it, then you’ll realise how effectively it works. Perhaps the babe in the cropped tops and sprayed-on jeans helped; I wouldn’t like to say.


Making your way up the blacklist takes three things: straight wins in races, time-trials and knockout events; a sizable bounty from the local law enforcement; and specific ‘milestones’ that usually involve anti-social activities. It’s lucky that EA put a disclaimer at the start, because I would otherwise believe that it endorsed speeding, the destruction of police cars or public property, and the use of any means necessary to resist arrest, for the simple reason that the game makes it so much fun.


You see, the straight racing is great, and there is always something compelling in the game’s classic race-earn-buy-race car collecting and upgrading formula, but it’s the cops that make Most Wanted what it is. Some milestones explicitly involve engaging them in pursuit, but they’re just as likely to appear when you’re racing or trying to get a ‘high score’ on a speed camera. At first you might just have one on your tail, but as the pursuit wears on and things get broken, more and more officers join the fray. Eventually, the only way to get rid of them is to prang a specially marked “pursuit-breaker”, bringing whole buildings down around their wheels. 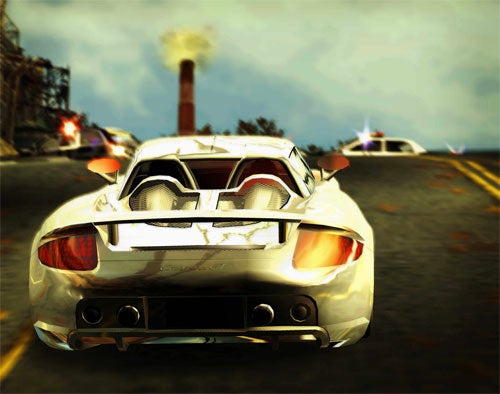 To be honest, pursuit can be a pain – you spend ten minutes losing one mass of black-and-whites, when a lone officer spots you and the chase begins anew. At its best, however, it’s hilarious. The police try to block you or join forces to box you in, set up road blocks or try to outmanoeuvre you, and you crash, bang and powerslide your way through. It’s like something out of The Bourne Identity or The Blues Brothers: chase sequences so spectacular that friends and family will actually sit and watch, shrieking “Quick, go that way” or “Aim for the water tower” as you go. 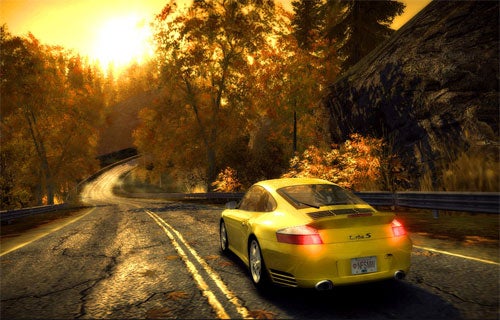 And you have to love the sound. The basic soundtrack is a slightly tiresome mix of screeching metal and trying-too-hard gangster rap, but the music that kicks in during a pursuit is brilliant, while the screeching tires and rumbling engines are plain top-notch. The police radio is the icing on the cake – a running commentary on your efforts, begging for assistance or arrogantly stating they can take you on their own. “Yeah… just try it, copper” you find yourself spouting back.


The handling is solid this time around; not realistic in Gran Turismo terms, but with a certain sense of weight and power to the different varieties of car. Most importantly, there is an awful lot here to do. The basic storyline is good for at least a weekend of fairly solid play, and there is a decent selection of bonus challenge missions to try on top. The game also boasts a decent online mode for the PC, Xbox and 360. Admittedly, I’m disappointed not so see the cops turn up online, but the racing is smooth and enjoyable with one proviso: you should take time to unlock better cars in the single-player game first. Otherwise, you’ll be crawling off the starting line in your stock Fiat Punto while three smug kids race off in their tricked-out Ford GTs and Beamers – a mildly humiliating experience. 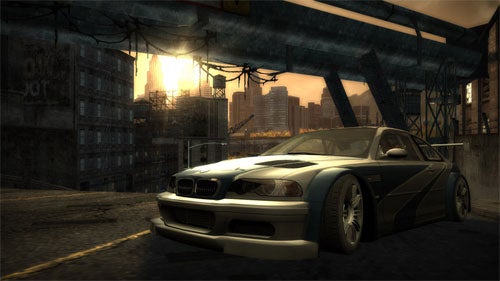 Who would have predicted it? Need for Speed: Most Wanted is a surprising turnaround for the series, and a genuinely brilliant game. On the Xbox or PS2, Burnout Revenge still pips it for all-out thrills and general carnage – Most Wanted just doesn’t have the variety or the polish of Criterion’s bumper-pack of arcade racing action – but it does come a very close second. On the PC or 360, meanwhile, it is probably the most straight-up enjoyable racer around. So what if it has the odd technical slip-up? Nobody’s perfect, I guess.


It’s great on other formats, but 360 Most Wanted is a revelation. Ignore the odd dropped frame and you’ll find a gorgeous, gritty arcade racer packed with good old-fashioned entertainment.