Over the past year or so NEC has positioned itself as the leader in optical technology, producing a regular line of DVD writers that offer both high performance and great value for money. The ND-3540A is the latest in this line, and not only does it continue the tradition of speed and value, but it’s also the first drive that I’ve been able to test the latest DVD-R DL media on.


I’ve looked at a couple of drives recently that claimed to support DVD-R DL, but due to a complete lack of media, I wasn’t able to test the claim. However, by a fortuitous coincidence, Verbatim sent me a box of DVD-R DL discs on the same day that NEC sent me the ND-3540A. 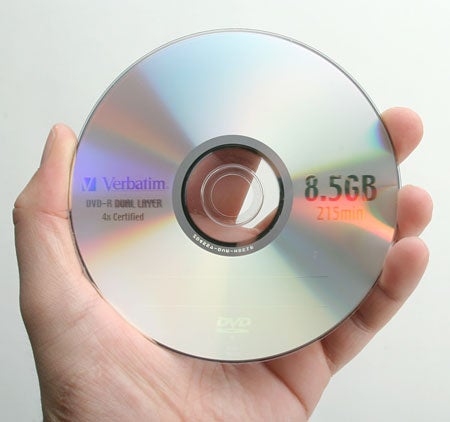 In fact, the little package from Verbatim didn’t only include DVD-R DL media; it also included were a couple of boxes of 6x DVD-RW discs, so I was also able to evaluate the 6x DVD-RW specification of the ND-3540A too. Now, if I can just get hold of some 8x DVD+RW discs, I’ll be able to test drives like this to their full ability.


Looking at the specs of the ND-3540A it’s clear that NEC was looking to create a very fast DVD writer. Both DVD+R and DVD-R discs are burned at 16x, while DVD+R DL media can be written at 8x and DVD-R DL discs will burn at 6x. For DVD+RW the ND-3540A is rated at 8x and it can write DVD-RW media at 6x. CD performance is up there with the best too, with 48x CD-R and 32x CD-RW ratings.

Traditionally, when NEC brings out a new drive, it proves to be the fastest DVD writer on the market, and it seems like the ND-3540A has no intention of breaking that tradition. Looking at the overall test time (not including DVD-R DL), the ND-3540A managed to undercut the previous fastest drive – the Plextor PX-716A – by over 17 minutes. That’s quite a stunning achievement, although most of the speed increase can be attributed to the 6x DVD-RW burning.

Interestingly, Nero reported that the ND-3540A could burn DVD+R DL discs at 8x, despite the fact that I was only using 2.4x media. However, the resulting times were slower than the Plextor PX-716A which was only reported as a 6x DVD+R DL drive – although to be fair the Plextor is a fast dual layer writer.


I had to install the latest version of Nero to get support for DVD-R DL – version 6.6.0.13. Once installed, the media was recognised and the correct 6x speed was selected for burning. The burn times of around 20 minutes are fair, especially considering that when DVD+R DL launched we had to wait 45 minutes for a disc to burn. 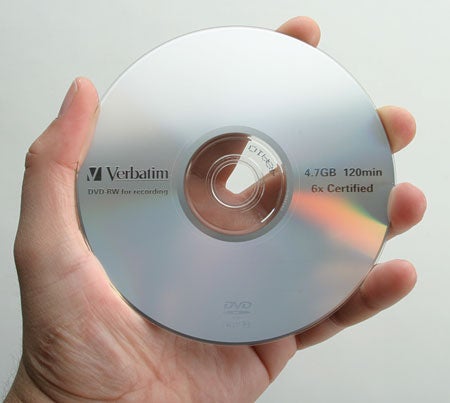 Even taking the fast 6x DVD-RW times out of the equation, the ND-3540A turned in some very solid times. The CD-R and CD-RW times were up there with the best, so if you’re still burning a lot of CD media, you’re going to be happy with this drive. If there was one strange result, it was that the DVD-RW format test didn’t seem to be any faster than if I’d used 4x media, even though the actual data burns were much faster. I ran the format a couple more times, but the result stayed pretty static.


The front of the drive looks pretty much the same as previous models with a single eject button, indicator light and manual eject hole. The rear is slightly more interesting though – here you’ll find a Molex power connector, an ATAPI interface, the standard six jumper pins, an analogue audio output, a digital audio output and a connector that I’ve never seen before. 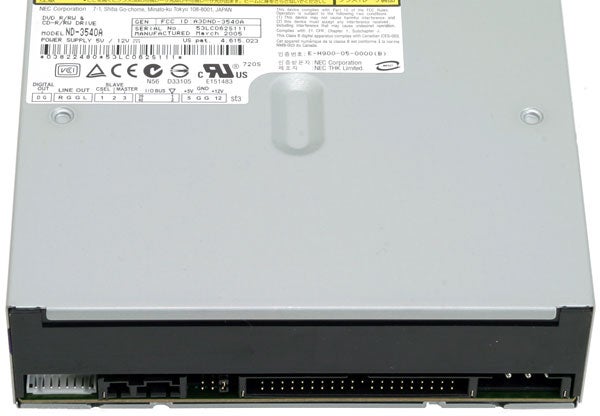 On the far left at the rear is an eight-pin connector, but there’s no mention of it on the port diagram on the drive sticker. I asked NEC what this connector was for and was told that it was used to test the drive at the factory. NEC also indicated that retail drives will not sport this connector.


With most IT products you have to pay dearly for cutting edge technology, but optical drives seem to buck this trend. A quick look around the web showed that I could pick up the ND-3540A as a bare drive for a jaw dropping £35.91. Taking both price and performance into account, once again it’s impossible not to recommend the latest NEC DVD writer.


It’s another NEC DVD writer and it’s another cracker! The ND-3540A is lightning fast, supports the latest media formats and won’t break the bank. If you’re in the market for a new DVD burner, this is the one to go for.