When I reviewed NEC’s last DVD writer (the ND-3500A) I bestowed it with an Editor’s Choice award – that drive raised the bar on DVD writing performance. A couple of months later I pitted the ND-3500A against the latest batch of competing drives, and once again it proved to be the fastest DVD writer out there. Now the ND-3520A is here to finally eclipse the ND-3500A.


The ND-3520A isn’t much of a departure from the ND-3500A as far as looks go, and it’s pretty plain, even by optical drive standards. The front fascia sports a single eject button, a manual eject hole and an indicator light.


NEC sent over the full retail box version of the ND-3520A which comes with a reasonable bundle. Software wise you get the Nero OEM suite bundled – this includes Nero Express 6, Nero Vision Express 3, Nero Back IT Up, Nero Showtime 2, Nero Photo Snap, Nero Cover Designer and InCD 4.


It’s good to see that NEC also supplies an IDE cable in the box, along with an audio cable and a set of mounting screws – so you won’t find yourself hunting around for anything when you come to install the drive.


But it’s not the design or the bundle that anyone’s really interested in, it’s the specs and performance. NEC has really pushed the boat out with the specs of ND-3520A and it really does represent a huge leap forward in DVD writing.


So, the ND-3520A will write to DVD+/-R media at 16x, DVD+R Dual Layer discs at 4x, DVD+RW media at 8x and DVD-RW discs at 6x. The big news here is, of course, the performance boost in the RW space. Unfortunately I was unable to obtain any 6x DVD-RW or 8x DVD+RW media, although Verbatim informed me that this media will be available soon – in fact I saw samples of Verbatim 6x DVD-RW and 8x DVD+RW discs at CES last month. 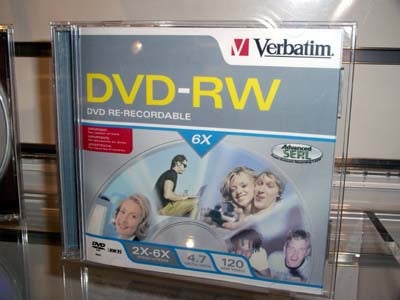 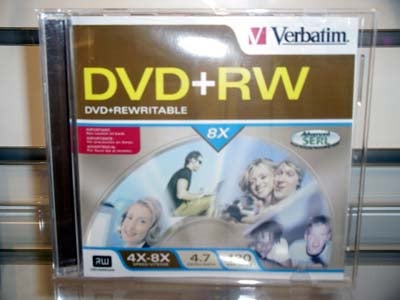 There’s also a sticker on the box stating that the ND-3520A will write to DVD-R Dual Layer discs as well, but again there was no media available to test this out at the time of writing. Again, Verbatim was showing off DVD-R Dual Layer media at CES last month, so hopefully it’s not too far off. Rounding off the specs, the ND-3520A will burn CD-Rs at 48x and CD-RW discs at 24x. 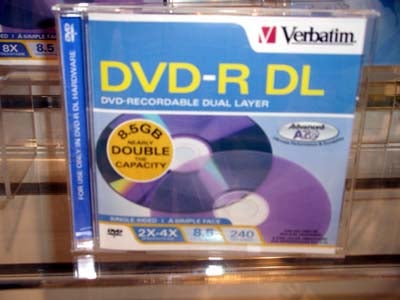 Despite the lack of new media, the ND-3520A still managed to turn in an overall time for all the tests of three hours, 35 minutes and 37 seconds, shaving over three minutes off the time achieved by the ND-3500A. This difference was due mainly to the fact that I got my hands on 16x DVD-R media – the resulting test times were very impressive with every DVD-R test coming in under six minutes.


Like its predecessor, the ND-3520A will happily write to 2.4x DVD+R DL media at 4x, so you’ll only be waiting around 25 minutes when burning 8GB of data. Strangely, when I was at a +RW Alliance press briefing at CES last month, I was informed that there is no 4x DVD+R DL standard and that the media rating will be jumping directly from 2.4x to 8x. The picture below taken on the Verbatim stand at CES seems to confirm this. 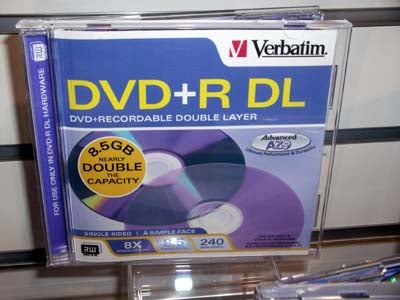 There are no drives available yet that support 8x DVD+R Dual Layer burning, although Toshiba has a unit that’s rated at 5x and the company suggests that it will burn at 5x to 2.4x media – we’ll have a review of the Toshiba drive on TrustedReviews soon.


What’s amazing about NEC DVD writers is that despite the fact that they are always a step ahead of the competition when it comes to features and performance, the price is still kept unbelievably low. I spotted the bare drive available for around £43 online, but then managed to track down the retail box for only £48.43. Considering that this is the fastest drive around, and supports pretty much all the current and future media, the price is amazing.


It’s a little disappointing that I couldn’t test the ND-3520A to its full potential, but the media is traditionally a few months behind the hardware. No doubt there will be other drives hitting the market with similar specs to the ND-3520A soon, and I’ll try to gather up the major players into a group test when the proper media is available.


As things stand, NEC has raised the bar once again when it comes to DVD writing. The ND-3520A is a drive with awesome specifications and it’s well ahead of the game when it comes to media speeds supported. Put simply, if you’re thinking of buying a DVD writer, buy this one.


Once again NEC has created a superb DVD writer that’s ahead of the competition and the media manufacturers. But even more impressive than the specifications and potential performance is the amazing price. The NEC ND-3500A is no longer the best DVD writer around, but the ND-3520A is.