NEC is one of our favourite monitor manufacturers. That’s partly because, much like Eizo (see: Eizo Foris FX2431), it doesn’t deal too often in mediocrity. Neither, for that matter, does it dabble much in consumer displays. Its last effort we saw was the ambitious MultiSync LCD24WMGX3, which for all its daring failed to capture the imaginations of consumers and has since been discontinued. Today’s specimen, the MultiSync EA231WMi, isn’t a consumer display, but its Full HD, 1,920 x 1,080 native resolution, 23in IPS panel and reasonable asking price make it a monitor plenty of people will be keen on. 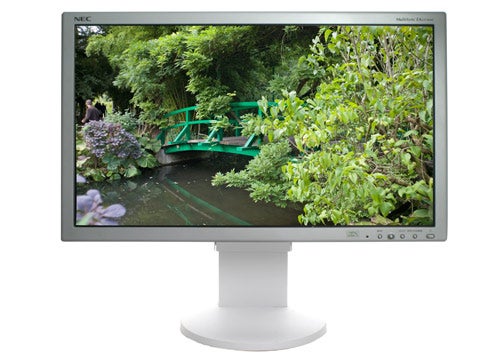 Okay, so “reasonable asking price” might be stretching things a mite. After all, £300 for a 23in monitor is hardly what one would term a bargain. Or, at least, it’s not compared to the massive collection of 22 and 23in displays going for a song around the £150 mark. Ultimately, though, the EA231WMi has far more in common with more expensive 24in monitors like the Dell UltraSharp U2410 and HP LP2475w thanks to its high-quality panel, making this a good value option for anyone who wants that kind of image quality but without some of the more expensive extras.


Not that the NEC lacks some of those extras. Its focus on business users means it has a wealth of adjustability; tilt, swivel, height and pivot are all on hand and there’s a VESA mount as well. All these functions are well designed, too. Mechanisms are smooth yet stable and there’s a large handle at the back that makes it easy to lift and adjust the monitor. 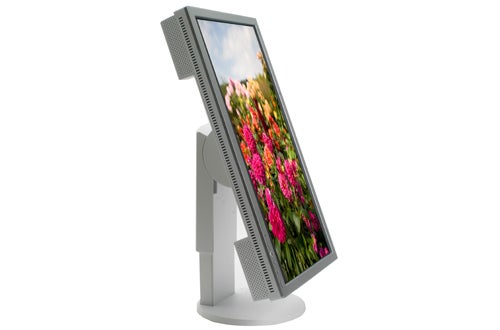 Our enthusiasm for this design is only tempered by the slightly ordinary aesthetic design, particularly of our silver and white version, though a black version is also available that’ll probably see more action. Aside from our indifference to the colour scheme, though, the demur design is much as you’d expect and the slim bezel is one particularly pleasing aspect.


It’s connectivity where the NEC begins to deviate from more expensive 24in displays. VGA, DVI and DisplayPort cover most bases and NEC throws in a four-port USB hub (two rear-mounted, two side-mounted), audio input and a headphone jack for good measure, but HDMI is conspicuous by its absence. 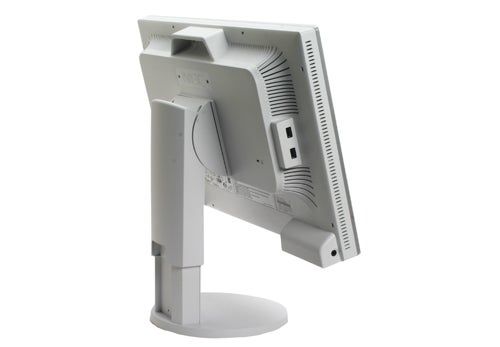 You can forget about using adapters, too, since such devices can only connect a DisplayPort source to an HDMI monitor, not the other way around. This will be a blow to anyone thinking of connecting a PS3 or other HDMI device (it can be done via DVI sans any sound), but it’s completely understandable omission given the display’s stated purpose and the license fee HDMI commands.

So the lack of HDMI means this isn’t a do-it-all entertainment hub like the big boys, but anyone who’s simply looking for a good PC monitor should read on. As we’ve mentioned several times already, the NEC is blessed with an excellent H-IPS panel (made by LG) that makes all the difference. 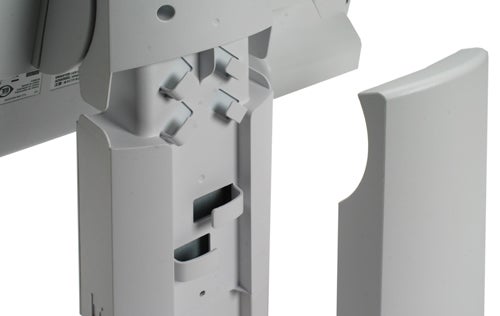 Based on specs alone there’s nothing to get too excited about. A rated 270cd/m2 brightness, 1,000:1 native contrast ratio and 3,000:1 dynamic are all about what you’d expect from any half-decent LCD display. As this is a business display, NEC is also refreshingly honest about the quoted response time of 14ms – clearly a proper, on-off-on figure rather than the disingenuous grey-to-grey figures we normally see. This isn’t a ‘wide gamut’ display, either, featuring a standard CCFL backlight.


Nonetheless, image quality is outstanding. Colours are crisp and vibrant without ever looking over saturated; fine shades of grey are reproduced without noticeable contamination; viewing angles (quoted as 89 degrees in all directions) are excellent, and there’s nary a hint of banding in gradients.


These were just our impressions from synthetic, pattern-based testing. Firing up some HD videos and games only reinforced our initial positive impression. Dark detail in both videos and games is excellent, bringing out plenty of the fine detail normally lost on other cheaper models. This is further enhanced by a decent black level, which serves to accentuate the finer details produced.

This subtle excellence is complimented by punchy colours and a general sharpness that never fails to impress. All-in-all it’s a near perfect performance that’s only tempered by merely okay motion performance. Given the inherent weakness of LCD displays and the lack of gamer centric overdrive modes it’s no surprise to see slow panning shots tending to stutter and fast motion blurring more noticeably. With both these points made, however, the merely average motion handling rarely impeded our enjoyment of the NEC’s otherwise outstanding output and will only bother the most sensitive users.


Our only other complaint about the general image quality is a slight lack of uniformity across the panel. It’s only very minor and won’t be noticed in normal use, but anyone with particularly stringent demands might find it an issue.

Aside from the usual diversions (photos, videos and games), the NEC is also a great monitor to work with day-to-day. Obviously the adjustability helps here, but the general image quality is also at play. Unlike cheaper displays you get a nice, clean white level that’s complemented by razor-sharp text. This is bound to help reduce eye-strain in the long-term.


NEC has a few more cards to play here, too. An integrated ambient light sensor on the front of the display will, when activated, dynamically adjust the brightness and white balance to suit the ambient conditions. This is a subtle, yet rather clever, mode that’ll be particularly beneficial to anyone who lacks the knowledge to adjust settings manually. 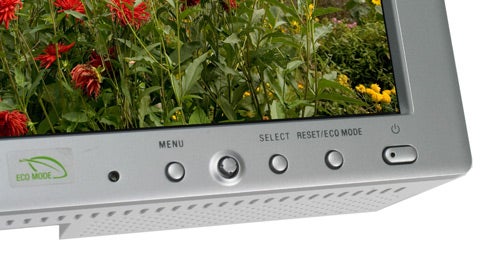 In addition to this there’s also an ECO mode, which unsurprisingly aims to reduce power consumption through cutting brightness and contrast yet further. This takes the typical power usage down from a not unreasonable 43W to a frugal 28W, though this is when using the most aggressive setting – you can adjust the severity of the mode in the OSD.


Speaking of which, the OSD is one of the few areas of the NEC that could do with some work. It’s functional enough and the mini-joystick mounted on the front edge provides surprisingly accurate and swift navigation, but the OSD is rather small and cluttered in comparison to those we see on many more recent models.


This is a pretty minor complaint, though; as is the 16:9 aspect ratio that dictates you lose a hundred or so (120 to be exact) vertical pixels compared to 16:10, 24in monitors. If that’s the worst compromise for a keenly priced, high-quality monitor then it’s one we are happy to bear. 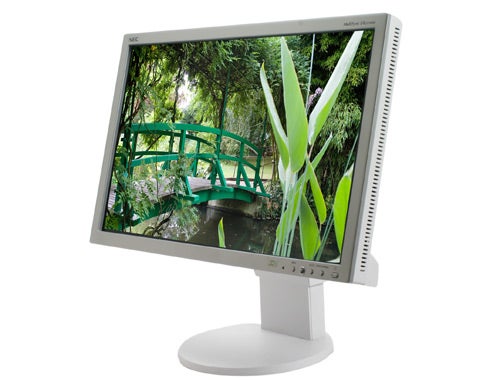 
There are one or two things about the NEC MultiSync EA231WMi that we’d change, but on the whole this is an excellent monitor. Its sturdy design, flexibility and excellent image quality all stand it in very good stead, making it one we’d recommend to anyone in need of quality at a comparatively reasonable price.