Although TomTom had the market for live-enabled sat-navs to itself for over a year, the competition is starting to hot up. First Garmin mounted a strong challenge with the nuvi 1690, and now it’s Navigon’s turn to enter the fray with the 8450.


Getting the Live services up and running with the 8450 is a little more involved than with the devices we’ve seen from other manufacturers so far. The mobile data unit is not integrated into the sat-nav itself. Instead, this comes as a separate component that attaches between the car or AC power adapter and the sat-nav, via the USB port. So the unit could in theory be added to other Navigon sat-navs, too, including the 6410 and 8410. The 8450 is essentially the 8410 with the Live Services peripheral included in the box. 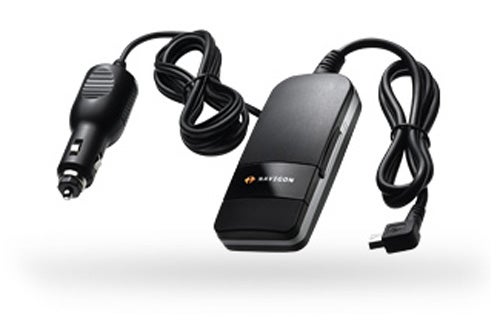 The first time you access Navigon Live, you need to enter an activation code, which you will find within a Quick Installation Guide included in the box. This provides you with three months of Live services, after which a year’s subscription will set you back £56 if you renew in the first 30 days of use, or £75 thereafter. With two-year options saving you even more money, Navigon’s Live has the cheapest subscription charges in its class. 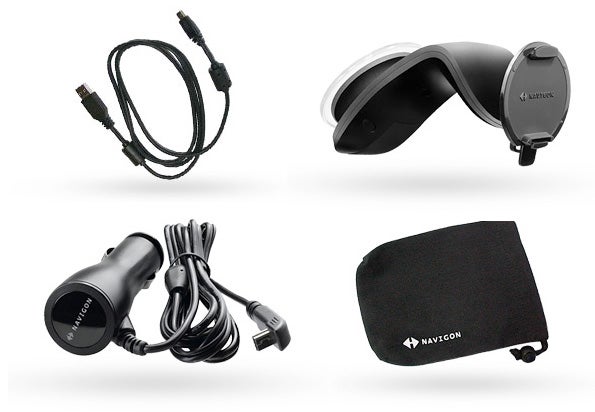 The system can then be accessed via an extra button in the middle of the main interface. Navigon’s array of Live services is a little more modest than TomTom’s and (in particular) Garmin’s. There are only five functions that take advantage of the mobile data link. These are Live Traffic, Local Search, Mobile Safety Cameras, Clever Parking, and Weather. 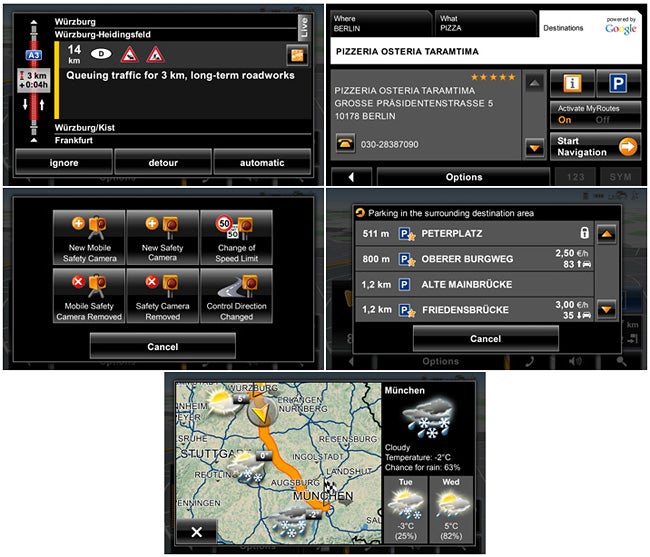 Because the Live Traffic uses the mobile data system to download its information rather than FM radio, updates are more reliable and frequent. It also collates data from Navigon Live devices as well as using the Trafficmaster system to provide its jam warnings. So there should be more detail than regular RDS-TMC, although the volume of Navigon Live devices on the road is likely to be small for some time. You can opt out of being included, and there’s no indication of whether mobile phone triangulation is used as well – which is the main reason why TomTom’s HD Traffic is so powerful.

The results are displayed using the same traffic interface as previous RDS-TMC-enabled Navigon sat-navs. We didn’t find Navigon’s Live Traffic quite as effective as TomTom’s HD Traffic, which can sometimes predict where jams start on major roads to within a few metres, but it is a distinct improvement over RDS-TMC. When an update indicates your journey will now be a lot longer than originally estimated, you will be given the option to reroute.

As with all other Live implementations we’ve seen, a Local Search facility is included, and again this comes courtesy of Google. You can search near a city or postcode as well as in the vicinity of your current location. The results are the same as with the TomTom and Garmin Live devices, providing an extremely useful extension to the built-in Points of Interest database. The keyword search makes it easy to find a much larger range of potential destinations than is included on the device itself.

Once you have found an entry, a range of useful information can be displayed including full postal address, and phone number. You can also use Navigon’s Clever Parking icon to locate somewhere to drop your car off nearby, although we found this didn’t always deliver results.


The Mobile Safety Cameras facility replicates what Garmin, TomTom and Road Angel provide, keeping the speed trap database as up to date as possible and giving you the option to report any new cameras, which will then be added dynamically to the location list. The Weather forecast is more modest than TomTom and Garmin’s implementations. You only get a three-day update for your current or most recent location, and there’s no facility to drill down to see more detailed hourly information. 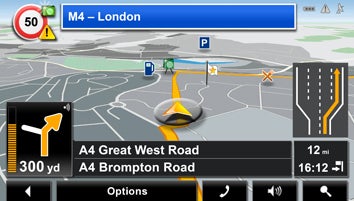 However, some Live services are only available in certain countries. For example, the Live version of Clever Parking is only available in Germany, Austria, Switzerland and Luxembourg. In these countries, the system will tell you know how many spaces are available and provide opening times and pricing information.

Other than the Live services, the 8450 is essentially the same as the 8410 and so is packed with features, many of which are focused on improving the realism of the map experience. The device is intended to be more than just a sat-nav, with an upper-level menu (above the sat-nav one) offering comprehensive media playing and hands-free telephony capabilities. The latter still requires a Bluetooth connection to your mobile, though, and can’t operate via the Live system’s link. There’s also a TV option, which works via an extra hardware add-on that you have to purchase separately. 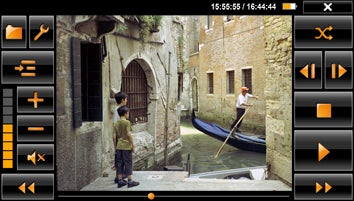 The main mapping change with the 8450 is the addition of Real City 3D. This turns the navigational screen into something more akin to a first person shooter videogame, with realistic three-dimensional models of the buildings you should be passing between as you drive. However, like every other provision of this nature we’ve come across, Real City 3D’s coverage is somewhat limited. For example, you need to be well within the Congestion Zone and virtually inside the Square Mile before it kicks in for London. 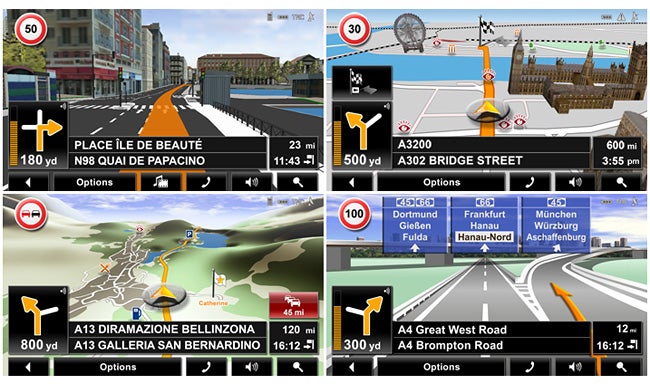 The City View 3D system, which provides much more generic indications of the buildings around you, is a little more extensive. There are also very detailed models of key landmarks, but these are very few and far between. Apart from the Live Services, though, the 8450 has all the same functionality as the 8410, so please refer to the 8410 review for a description of the 8450’s remaining non-Live features. 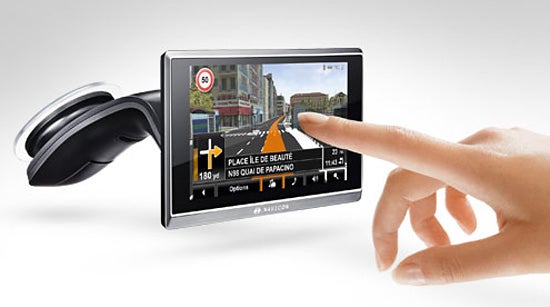 
It’s reassuring to see that TomTom now has two competitors for its Live Services, which will hopefully start to bring the monthly subscription costs down, as they’re currently too high for all but the regular daily commuter. However, although Navigon provides some useful mobile data facilities with the 8450, the device itself is very pricey compared to Garmin’s or TomTom’s equivalents. So whilst we applaud Navigon for joining the competition, it needs to bring its overall device cost down and add a few more Live facilities to really put up a fight.