We’ve only just reviewed the MSI X38 Diamond but it’s already in danger of being replaced by the X48 Platinum. 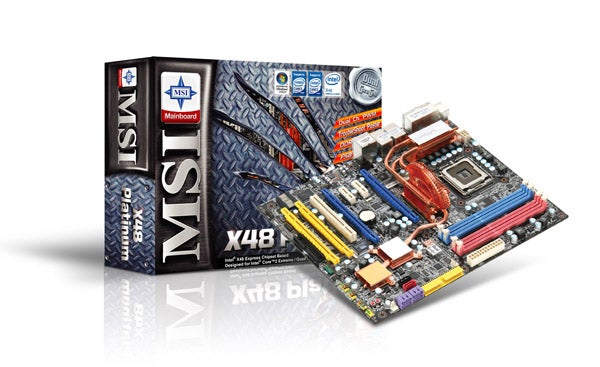 That sounds utterly ridiculous so what the heck’s going on? The problem stems from Intel’s roadmaps which rely on a steady release of products so we get 65nm Core 2 processors on a 1,066MHz front side bus, followed by 65nm on a 1,333MHz front side bus, then 45nm on 1,333MHz and next year the 45nm Penryn will move to a 1,600MHz front side bus.


It’s a logical progress and just as night follows day, you can bet that a new processor core requires a new chipset and Intel has kept busy launching a steady stream of core logic silicon. In the past two years we’ve had 975X, P965, P35 and X38 which is one generation of chipsets every six months. Your choice of chipset and motherboard locks you into a specific processor family, front side bus, type of memory and graphics technology and that in turn starts the upgrade clock ticking from the very minute you finish your PC build so AMD, Intel and Nvidia have to tread a very careful path to avoid making their customers feel like mugs.


The X38 chipset is very new and promises support for the latest technologies in the shape of a 45nm Penryn processor with PCI Express 2.0 CrossFire and DDR3 memory with XMP so you might think there’s a degree of future-proofing in your shiny new X38 motherboard. Sure you’ve got to lay out a stack of cash on some DDR3 memory but you can build your PC with a Kentsfield processor and Radeon X1950 Pro graphics card and you’re all set to upgrade with a Penryn CPU and Radeon HD 4000 in a year’s time. The logic is impeccable and also perfectly wrong because the X38 supports a 1,333MHz front side bus and by the time you come to upgrade your processor Intel will have moved to a 1,600MHz front side bus. 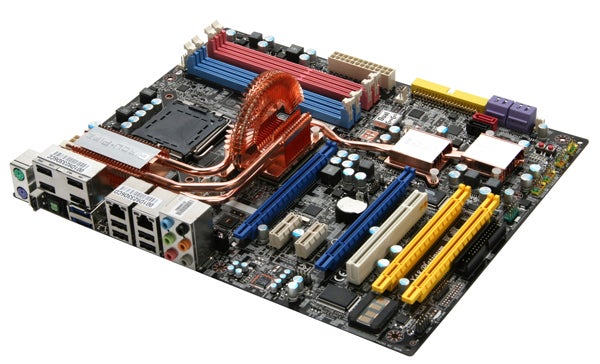 Intel’s plans have been a matter of record for many months but it’s chosen to deviate from the plan by releasing the QX9770 ahead of schedule.


It would seem that Intel was so concerned about the quad-core AMD Phenom that it was prepared to unleash the 1,600MHz front side bus a few months early and that led to a vocal demand for motherboards from reviewers in all four corners of the world. Strictly speaking the only chipset that should support the QX9770 was the soon-to-be-released X48 but they were very thin on the ground. The inventive Taiwanese came up with BIOS updates for X38 and P35 motherboards to get QX9770 running and they were incredibly successful at the task.


So now we’ve got a genuine MSI X48 Platinum motherboard on the test bench and it looks near-identical to the X38 Diamond. The only difference that caught our eye is the expansion bracket which carries a single Firewire port in the X48 package while the X38 bracket has one Firewire and two USB ports.

The layout of the X48 Platinum and list of ports and connectors is identical to the X38 Diamond which is to say that it’s rather good. The funky Circu-pipe passive cooling system does a fine job and leaves plenty of space for the CPU cooler of your choice. The pack of M-Connectors speeds up your PC build and the fact that it seems to be an idea borrowed from Asus is neither here nor there. We were introduced to the TroubleShoot Poster on the X38 Diamond and immediately fell in love with this brilliant diagnostic display and are happy to see it on the X48. 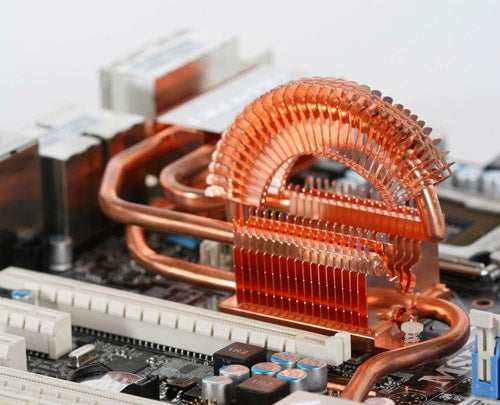 There are two PCI Express 2.0 graphics slots connected to the Northbridge but MSI has added two more long PCI Express slots on a secondary controller chip that is located below the Southbridge. These slots each supply four lanes of PCI Express so it is questionable whether they will be up to the job of CrossFire X when the drivers are released in January. There are two blue slots and two yellow slots and MSI clearly realizes that you might need guidance to install your graphics card in the correct slot so the set-up sheet tells you to ‘Insert graphics card in mazarine PCI Express slot.’


Did you know that mazarine is a shade of blue? I had to look it up in the dictionary and it seems that it’s the colour of an exotic butterfly.


The new features in the X48 model, as mentioned, are support for a 1,600MHz front side bus along with support for DDR3-1600 memory compared to X38 which tops out at 1,333MHz in both cases. Well that’s the theory but Asus has already proved it can persuade a P35 to do the same job so there’s every chance that your existing motherboard can be updated to support a new processor without any need for either an X38 or an X48. When you consider the price of DDR3 memory it may turn out that the sensible course of action is a combination of P35 and DDR2 with a fast processor. Some of you power-hungry gamers want the latest hardware come what may so let’s take a look at the price. MSI gave us an estimated price for the X48 Platinum of £188 which is exactly the same as the X38 Diamond however you don’t get the Diamond extras which consist of a PCI Express X-Fi riser and a PCI Skype adapter. 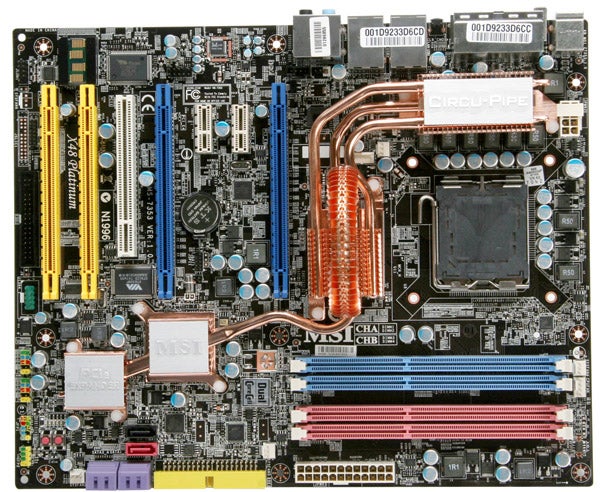 You can buy an X-Fi Xtreme PCIe for £30 and the Skype doo hickey is worth a few quid so in essence you’re paying a premium of £30 or more for the X48 chipset just to add official support for 1,600MHz, which seems a bit steep.


What about performance? Good question. Both the X38 and X48 stonk along and deliver oodles of grunt. Our QX9650 Penryn overclocked from 3.00GHz to 3.51GHz with the minimum of effort however the QX9770 was less responsive and would only run at the standard clock speed of 3.2GHz. No doubt a BIOS revision or two will transform the overclockability of this processor but there’s a certain irony when you consider that the 1,600MHz feature is the only new part of X48 and as things stand it’s a bit of a token gesture.

MSI’s X48 Platinum adds supports for Intel’s new QX9770 processor that features a 1,600MHz front side bus. However with nothing else extra over the X38 Platinum, it’s demanding an eye-watering price for this small privilege. So the only reason to go for it would be the very illusive notion of future-proofing but we all know how pointless that pursuit is. 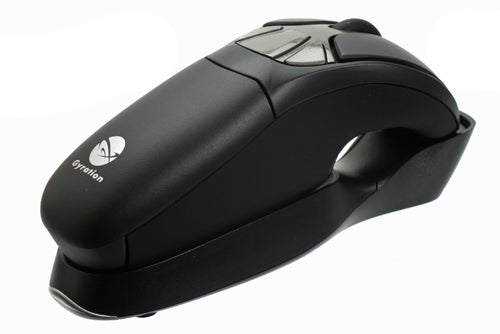 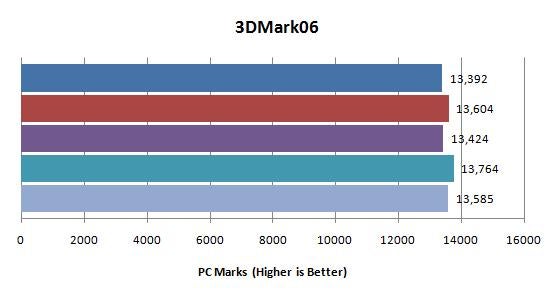