If Apple is the up-market department store of the IT industry, MSI is probably the cheap and cheerful corner shop. Nothing wrong with that we should add, everyone needs a good corner shop after all, but a corner shop’s trade is more White Lightning and lottery ticket buyers than bottles of Cristal and affluent city-dwellers. With its X-Slim range, however, MSI is clearly trying to move to a slightly more fashionable address.


Rather like Acer’s new Timeline range, the X-Slims are based on Intel’s CULV processors and will eventually come in three variants: a 13.4in (the X340), a 14in (the X400) and a 15.6in (the X600). It’s the X340 we’re looking at first, though, and one look at it should explain the Apple reference above, since the X340 is as blatant a MacBook Air rip-off as we’ve seen. Now, imitation may be the sincerest form of flattery, but such barefaced imitation can be fraught with danger. Fine, you may garner favourable comparisons – especially if you charge a fraction of the price as MSI does – but such comparisons can also backfire. 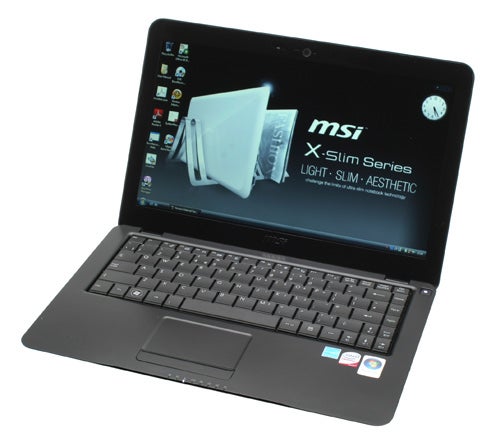 Initial impressions, however, are quietly optimistic. It’s obvious this is no MacBook Air, it lacks the aluminium luxury now so closely affiliated with Apple, but the basic shape and design of the X340 leaves you in no doubt about its inspiration. And, as imitations go, it’s a pretty good one – there’s no denying the X340 looks very nice indeed. A backlit logo on the lid is always a nice touch and MSI has resisted the temptation to use glossy plastic for the body of the machine, though the bezel and lid don’t escape such treatment.


There are, however, a few areas where the X340 deviates. First among these is the connectivity, where MSI takes a more pragmatic view than Apple – to say the least. All told you get two USB ports, a line-in, a line-out, an HDMI port, an Ethernet port, VGA out and a memory card reader. Nothing dramatic there, but all the basics are catered for and that’s all you really need. We’re not overly keen on the chromed trim to all these connections, but neither is it overly offensive.

Another difference is the battery, which is housed at the back of the machine and is easily replaced or switched on the move. As things stand the X340 ships with a four-cell, 2,150mAh unit, but an eight-cell extended battery will become available separately, so there’s room for upgrading the longevity should you need it.

MSI also excels in its traditional area of expertise: the bundle. Included in the box is a leatherette slip-case, complete with padded lining and magnetic clasp, in addition to a travel mouse. We particularly like the case – it adds an air of executive class – and while the provided mouse is little more than functional, its wire is hidden neatly inside it for ease of portability.

Unfortunately, while the appearance is largely up to snuff, the X340 feels nothing like as impressive. Its largely plastic chassis inspires little confidence, with a significant amount of flex in many of the panels. This of itself isn’t the end of the world and the X340 isn’t as bad as some, but this is where the Apple comparisons begin to bite back. 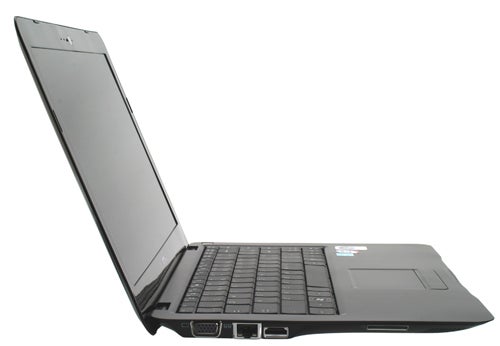 Most damning is the keyboard, which is utterly woeful. Initially we found the keyboard so poorly mounted that just brushing a hand across the keys made it flex, but pushing down very hard seemed to settle it. However, even then, the typing experience is distinctly mediocre, with flex noticeable to varying degrees across the entire keyboard.


Even where flex isn’t present the key action remains distinctly muddy, so it’s not a problem isolated to just the mounting of the keyboard itself. Moreover, the layout isn’t the best – we particularly dislike the minute Enter key. Overall, when it comes to typing, the X340 left us feeling pretty deflated and of all things this is one area every laptop needs to be (at the very least) competent: the X340 just isn’t.

Problems persist with the touchpad, too. It’s just a little bit too large, so obstructs typing significantly. There’s no dedicated touchpad toggle button, though there is a shortcut on the F3 key, but we’d sooner there was no problem at all. Likewise, while the rocker-style button produces a positive and audible ‘click’, it only works well at the extreme ends and feels a little cheap.


The 13.4in display is a decent enough effort. It is LED backlit, which helps MSI achieve its headline six millimetres to 19.8mm thickness in addition to a high brightness level. Text is also razor-sharp, so the basics are pretty good. Colour production and dark level detailing are reasonable, but there is some noticeable dithering that leads to banding in gradients. 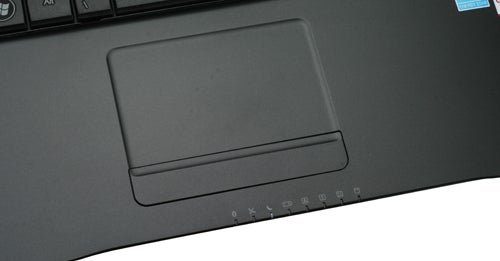 Like many ultra-portable machines the integrated speakers aren’t up to much. Hidden on the underside of the chassis, they lack power and bass, making them only really suitable for online video clips and the like. It’s a point not helped by the fact that the X340 could be quieter. During use the fan chugs at a steady, though not excessive speed, while the hard drive is clearly audible and can be quite distracting.

Internally, MSI serves up its usual generous feature set – you get Gigabit Ethernet, Draft-N Wi-Fi and Bluetooth 2.0. A 320GB hard drive isn’t too shabby either and though we’d always like a little more, 2GB of DD2 RAM isn’t a real cause for complaint. It’s only the processor that’s the sticking point, since it’s only a single-core Intel Core 2 Solo SU3500. 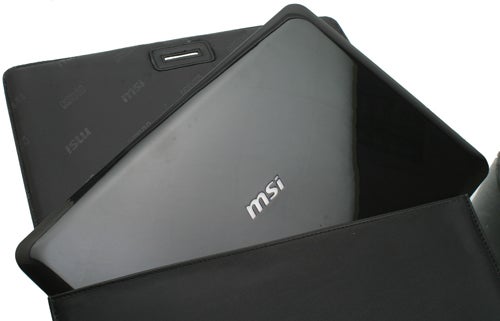 This runs at 1.4GHz, though it is noticeably quicker than Intel’s own Atom CPU, so you needn’t fret there. What’s disappointing, however, is that Acer is offering the Aspire Timeline 3810T, the 13.4in variant of the excellent 4810T we reviewed recently, with the dual-core version of the same CPU for only £700 – £60 less than this MSI. Not only that, you also get 4GB DDR3 RAM and though the 3810T isn’t as thin or light as the 1.3kg X340, at 1.6kg it’s no porker. We’d also wager the battery life should be superior, since it sports a larger capacity six-cell pack as standard.


This brings us nicely onto that exact topic. In our benchmarks we found the X340 performed moderately, but not outstandingly given its ultra-portable status. In the Productivity segment of MobileMark 2007 it managed three hours and 17 minutes, extending to three hours and 41 minutes in the lower intensity Reader test. Compare this to the Acer 4810T, which managed an incredible seven hours in Productivity and over eight in the Reader segment. 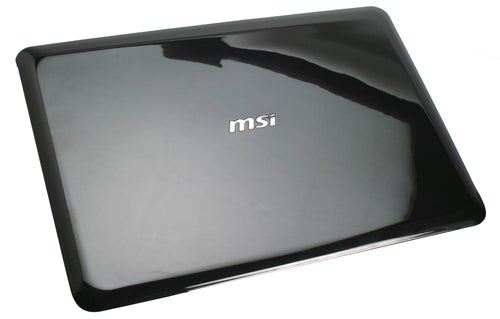 This gulf in performance is repeated in PCMark Vantage, where the 4810T holds an overall advantage of just under 65 per cent. This might not show itself during basic operation – application launching and basic responsiveness (even in Vista) is reasonably good – but just a few programs running simultaneously should highlight the difference, while CPU intensive tasks (i.e. image editing or video encoding) will clearly benefit from the extra core. 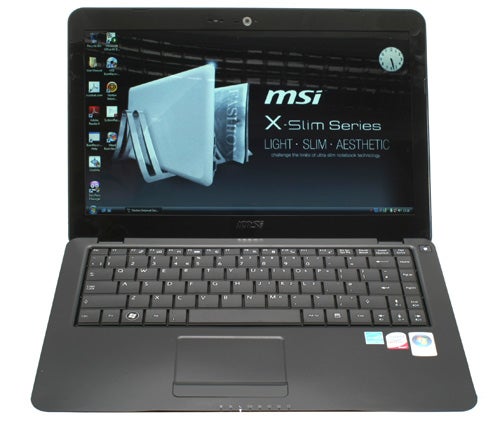 
From a distance the X340 looks like a tempting proposition, but closer inspection quickly reveals several serious flaws. Its build quality and feel are lacklustre and simply don’t justify the premium MSI clearly hopes to demand for its svelte new baby. This leaves a slightly overpriced and underperforming laptop that, while competent, lacks the spit and polish necessary to recommend it.

A single-core processor means the X340 trails the Acer Aspire 4810 by as much as 65 per cent. Basics such as web browsing and word processing should pose no problems, but intensive tasks like video and image editing will cause noticeable slow-down. Performance is comparable to the AMD powered HP Pavilion dv2, but heat and noise is significantly lower.

Between three to four hours of use is a reasonable result, besting the HP quite comfortably, but the X340 trails the similarly priced and specified Acer by a large margin.