It’s a netbook-eat-netbook world out there, except this is one sphere where the big don’t necessarily eat the small. What once was a fairly exclusive niche market demanding premium prices (with the Psion Teklogix NetBook Pro costing well over £1,000 upon its debut) has burgeoned into a tidal wave of miniature notebooks vying in various ways to win your heart and wallet. It was all reawakened, of course, by Asus and the original Eee PC 701, but from its humble origins things have developed rather rapidly, with the likes of the MSI Wind introducing larger 10.1 inch screens and more comfortable keyboards to boot. 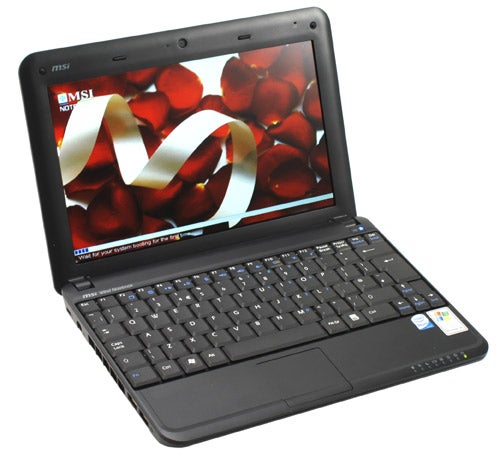 Asus, of course, was quick to respond with its own 10in machine. And, when we looked at its Eee PC 1000H, it beat the Wind squarely (despite the latter’s superior keyboard) thanks to more features and its far superior battery life, courtesy of a six-cell battery compared to MSI’s paltry three-cell. However, the Wind is back, now in black, and with some important upgrades – including a bigger battery. Will this revision be enough to beat the Eee? 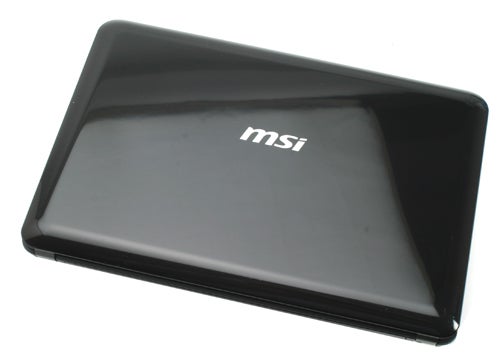 Starting off with the visual side of things, if the white models we reviewed before looked good, the grandly-titled ‘Empire Black’ one looks even better. Of course it’s still glossy, so fingerprints will be a problem, but a shiny finish seems almost inevitable on a netbook these days. And though there’s no cleaning cloth provided, MSI does give you a rather nice zipped case, with a fake leather exterior and soft fleece lining on the inside. Once you open the piano-black lid, with the MSI logo now in off-white, the interior of the notebook is thankfully matte plastic; though marks from sweaty or greasy hands are still visible on the palm-rest and touchpad. 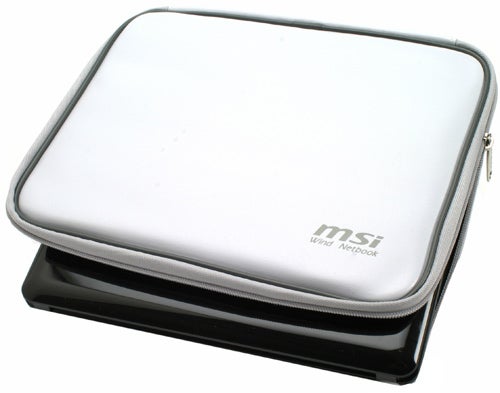 Build quality, as before, is decent enough though the Wind’s lid does tend to wobble a bit for a few seconds after you open it, and this doesn’t inspire as much confidence in the hinge as the Eee PC’s more stable and considerably larger version. Still, it’s unlikely to be a problem if you’re careful, which is necessitated anyway by the mechanical hard drive that’s more vulnerable to life’s bumps and scrapes than a solid state drive. At 160GB, however, it’s not only double the capacity of the previous Wind, it’s also the highest-capacity hard drive of netbook we’ve yet reviewed – so those after as much storage space as possible should find this Wind to their liking.

Essentially, however, in terms of looks nothing much has changed apart from the colour and a bit of added bulk at the bottom that creates a slight tilt to the machine. As you might have guessed, this is because of the larger battery: a six-cell 4,400mAh model rather than the former three-cell 2,200mAh previous Winds were endowed with. This gives the MSI theoretical parity with the Eee PC 901 and 1000, though those do still have slightly higher capacity 6,600mAh batteries. 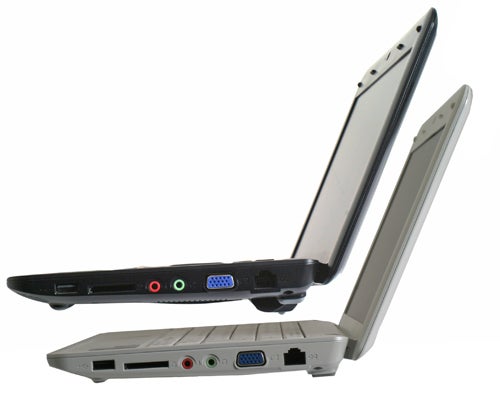 Nonetheless, MSI’s miniature machine now comfortably passes the four-hour mark while performing a number of tasks, including video and audio playback, with brightness at 50 per cent and wireless radios turned off. Best of all, this bigger battery makes the new Wind only around 200 grams heavier than older versions, bringing the full weight up to a still very portable 1.29kg – below the magic 1.3kg level as “decreed” in Andy’s The Ultimate Netbook piece.


Interestingly, the added bulk actually makes typing slightly less comfortable, since the extra tilt means there is less support from the palm rest. It’s not the end of the world though and the keyboard remains unchanged from the previous version, meaning it’s very good; even if it still doesn’t match the truly excellent keyboard of the HP 2133 Mini-Note. Unfortunately, the Fn key is still located on the outside of Ctrl, but aside from that it provides a pleasant typing experience. 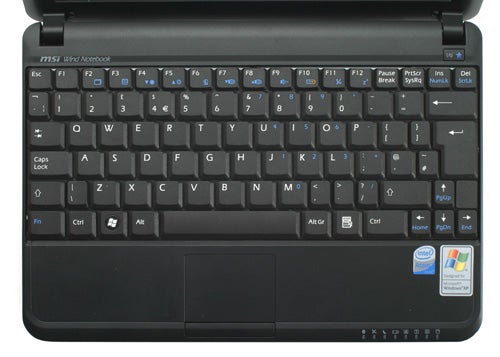 The only other upgrade this version of the Wind has over its sibling is Wireless-N, so there’s potential for slightly faster and longer range wireless internet provided you have a compatible router. Unfortunately, for all those who were hoping optional HSDPA would be part of the refresh, it’s not, while you still get the same Intel Atom N270 1.6GHz processor powering in this device as every other netbook out there, backed up by 1GB of RAM; the maximum amount of memory Microsoft allows to have Windows XP loaded onto the machine.


Connectivity is also identical to before, with three USB 2.0 ports, headphone and microphone jacks, LAN and VGA and a memory card slot supporting MMC, MemoryStick (Pro), SD and SDHC. Other features include Bluetooth 2.0 EDR and a 1.3 megapixel webcam for all your video needs. 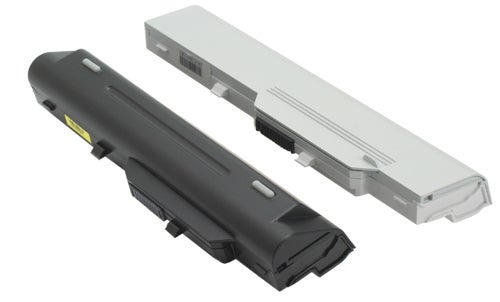 As before, the speakers are nothing special; any kind of serious music listening or film watching requires the use of headphones. On the other hand, the 10.1in, 1,024 x 600 screen gives little reason for complaint, with a nice anti-glare finish, decent viewing angles, pleasing levels of brightness and text production that’s sharp and easy to read.

On the software side of things this MSI Wind offers an odd mix of software that’s not particularly well tailored to a netbook. For instance, the only productivity software available is a trial version of Microsoft Office 2007, while you’re stuck with Internet Explorer 6 and Media Player 9, rather than more recent replacements, until you make the initiative to download the new versions yourself. This is joined by optional installations of Norton Internet Security 2008 and Cyberlink DVD Suite and it’s just as well they’re optional, since their use on a netbook is arguable. 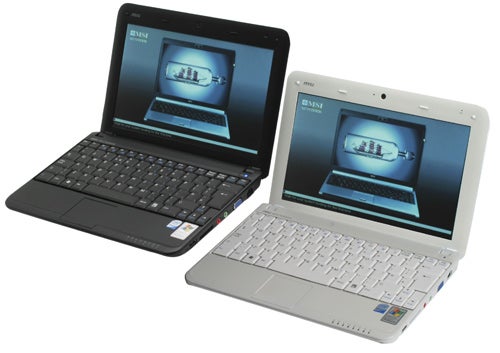 By way of comparison, the Eee PC 1000H, which also uses Windows XP, comes pre-loaded with the Windows Live suite of software (Windows Live Mail for POP mail, Live Messenger for instant messaging, Live Photo Gallery for image viewing and basic editing and Live Writer), Microsoft Works for productivity and Star Office (Open Office). Of course, excluding Microsoft Works, all these can be downloaded for free anyway, but given many of the people buying netbooks these days aren’t as familiar with such things, it’s definitely an oversight on MSI’s behalf. 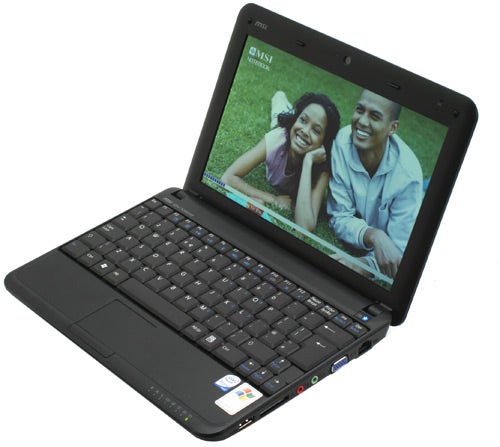 So there you have it. The new version of MSI’s Wind is identical to the old one, except you’re getting a 160GB HDD, Wireless-N and of course that all-important six-cell battery for nearly five hours of frugal use. The main question left is price, and here too MSI seems to be on to a winner with an estimated RRP of £360 – the same outlay as for the 160GB version of the current model.


Compared to the Eee PC 1000H, the Wind offers double the hard drive size and a superior keyboard, while the Eee has a better touchpad and speakers, in addition to Dolby Sound Room technology. However, at 1.45kg, the Eee PC 1000H is significantly heavier, something that definitely tips things in favour of the MSI Wind.


Moreover, though prices on the Eee PC have come down a lot since launch (the 1000H is now available for around £320), the Wind is still the better proposition thanks to the greater portability, superior styling and better keyboard. In addition, it’s conceivable that the price will reduce as retailers compete with one and other – something we’ve already seen with the majority of netbooks.


Indeed, the only other thing worth considering here are the potential competitors, the Samsung NC10 being primary among them. It not only matches the new Wind in specifications, but ”appears” to have an even better keyboard, including a full-size right-shift and Ctrl-key on the outside of Fn. We’ll have a review of this little beast as soon as it comes to market, so keep checking back!


Even at the £360 RRP, the new version of MSI’s Wind is a very attractive proposition, offering some serious competition in the 10-inch netbook sector. Indeed, in this form factor, for the moment at least, it’s probably the best netbook available so is well worth a Recommended Award. 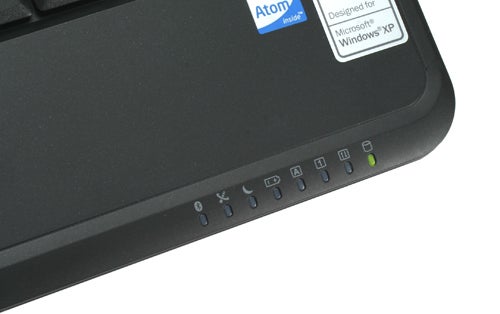 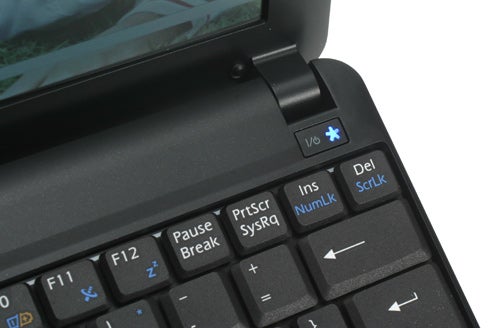