Launched a few months ago, the Motorola Milestone XT720 is getting a little long in the tooth but with a Xenon flash for its camera, it’s instantly ahead of many other Android smartphones in at least one regard. Add in a quirky design and you have a phone that still has plenty of appeal.

Most prominent among this phone’s features is its unique design. Drawing attention to its camera it has two raised sections: one on the right edge containing the shutter button and camera mode button, and one on the back emphasising the camera lens. The result is one rather lopsided-looking phone. 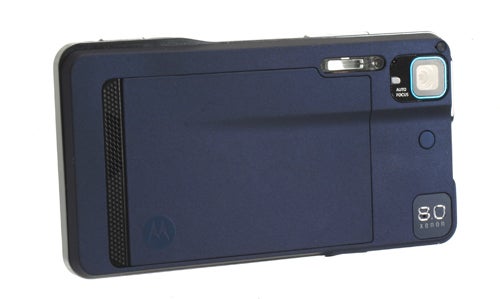 While this is undoubtedly a bit peculiar and indeed from the front it doesn’t look overly appealing, from the back it looks just like a dedicated compact camera. We rather like this idea – if you’re going to break from the norm of sleek and minimalist design, at least do it for a reason and do it with conviction. The soft touch plastic back and metal battery cover also look and feel great.

There are more positives, too, like the addition of a mini-HDMI socket on the top edge, which allows you to connect the phone straight to a TV to play back video. What’s more the cable for doing this even comes in the box (something that’s far from a given). Quite how often you’d actually want to do this, we’re not so sure though, as the phone can’t be used to playback Full HD video (i.e. you can’t use this as a top quality portable media player) so its main use is really as a way of quickly showing the photos and videos you’ve taken with the camera, which is useful but hardly essential.

Joining the HDMI socket on the top edge is the headphone jack and power/screen lock button while the left is home to a microUSB socket and the right houses the aforementioned camera buttons and the volume control. All the buttons are a little bit mushy but you can still just about discern when they’ve been pressed.


One reason why you might want to watch video on a telly is because the screen on the XT720 isn’t all that impressive. At 3.7in, it’s just about big enough to watch reasonable length videos comfortably, and its resolution of 854 x 480 pixels is actually better than many other smartphones, packing a reasonable amount of detail on screen and looking quite sharp. However, the silvery finish is particularly prone to picking up fingerprints and catching reflections while the overall punchiness of the display leaves a lot to be desired with everything looking rather muted and flat. It gets the job done but that’s about it. 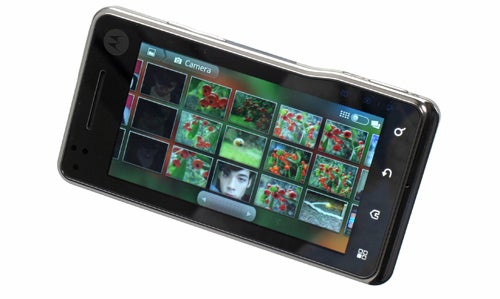 The other disappointment with the screen is the fact it is finished in plastic, rather than glass. Glass screens look better, give a greater sense of quality, and feel nicer as well. What’s more, we’re well used to seeing them on phones at this price point so we’d expect one on this device too.


Despite our reservations, the screen seems reasonably responsive and supports multi-touch so you can pinch to zoom. However, it does have one rather massive flaw; the onscreen keyboard. It’s mostly fine with reasonably quick response, good layout, and excellent word prediction. However, for some reason it has a complete blind spot when it comes the backspace key whereby it thinks you’re pressing ‘L’ instead and you actually have to press almost wholly below the key to make it sense the right button. This is utterly, utterly, mind-meltingly, fist-clenchingly infuriating! It may be something isolated to the sample we’ve got so we’d suggest you go and try another sample for yourself first.

The Motorola XT720 runs Android 2.1 so isn’t quite up to date with the latest version but for the most part it’s the full Android experience. Motorola has dropped its custom Motoblur interface, which we actually found rather impressive at the time. Instead it’s a standard version of Android. As such there’s plenty on offer with an excellent web browser, email access, mapping services, and social networking all onboard. And if there’s anything else you’d want to add you will probably be able to find it in amongst the 100,000 or so apps in the Android MarketPlace. 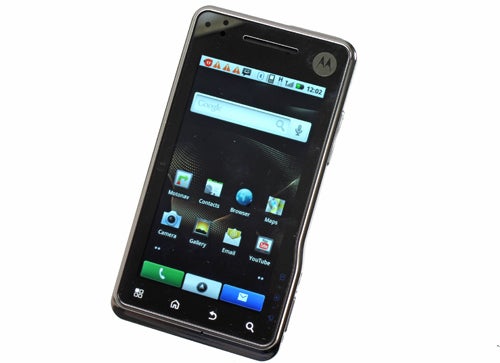 Browsing around the interface, the phone’s 728Mhz ARM Cortex A8 processor feels a little sluggish as menu transitions and other animations stutter across screen rather than flowing seamlessly. This is certainly annoying if you’re used to the fastest handsets out there, and iPhone owners will positively baulk at the sluggishness, but with a modicum of patience it is still perfectly usable. As always Android is a bit menu heavy so it can take quite a while to learn the whereabouts of everything, and what everything does, but once learnt it’s then a very powerful and capable operating system that you can setup as you please. 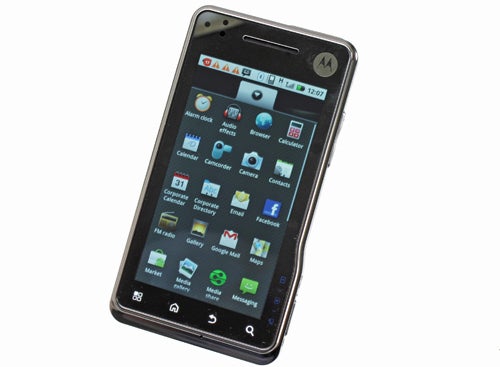 Extras from Motorola include Moto Car (see what they did there) which is a car-friendly interface for accessing your music, the contacts, GoogleMaps, the voice dialler, Bluetooth settings and going back to the Home Screen. It’s a neat idea except that once you’ve tapped through to the apps, they just revert to their standard interfaces, which can be more fiddly. Also available is Phone Portal which lets you connect to your phone through Wi-Fi or USB then manage it through your PCs web browser. This is a very nice addition though it’s not really compelling enough to swing our decision one way or the other.


The big seller with this phone is of course its camera and while it certainly lives up to expectations in some ways, it also falls short. 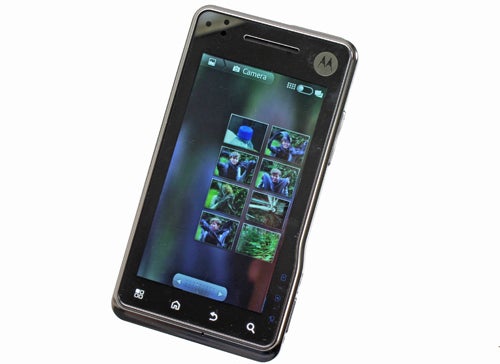 We love the addition of the shutter button as it makes simply taking your shots that much easier, while the hardware button for switching between camera, video, and viewing modes is a nice addition. Even more impressive is the presence of a red focus lamp for aiding focussing in dark situations. Its range is limited but it’s certainly a damn site better than a conventional white LED. Combined with the proper Xenon flash and you have a camera the vastly outperforms those on most other smartphones. However, it’s not all rosy. 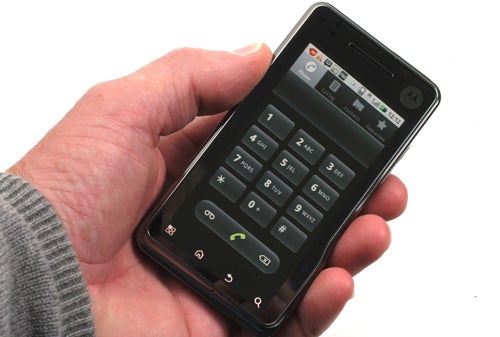 While 720p video is onboard, there is no LED to light up dark scenes. Also, neither mode has the ability to touch the touchscreen to choose where to focus, like on some rivals. Most of all, though, it’s simply the quality of the pictures that lets the side down. By all means they’re better than what you get from most smartphones but crucially they don’t make the leap into competing with dedicated compacts so enthusiasts still need not apply.


The Motorola XT720 certainly isn’t perfect. Its shiny plastic screen isn’t a patch on the best out there, its design is an acquired taste, and its performance isn’t exactly stellar. However, it still a very capable smartphone with a higher than usual resolution screen, and a camera that beats most of the competition. It’s also a tad cheaper than much of the competition now. So, if your priority for your next phone is for it to have a good camera then it’s well worth considering. 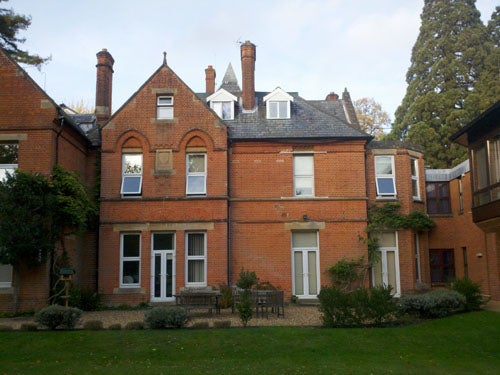 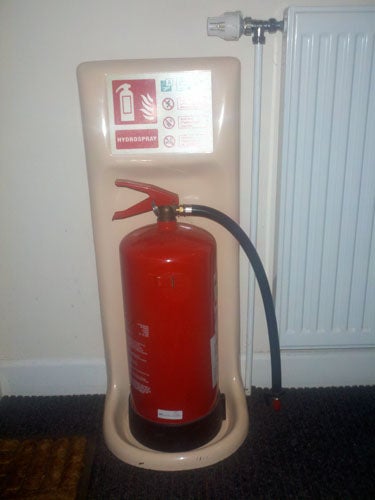 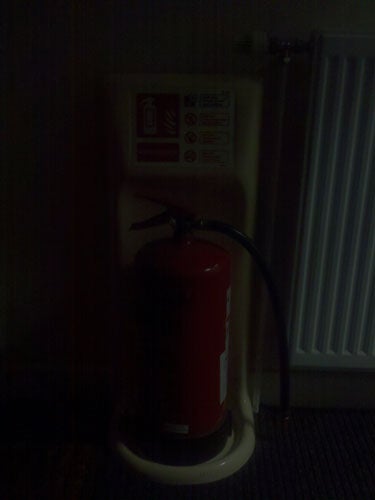 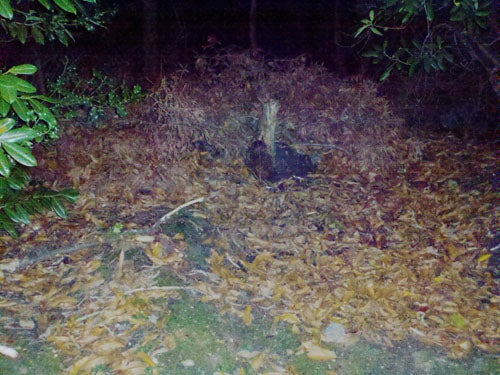 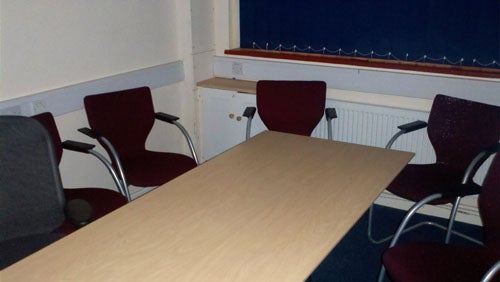