The Milestone has been hyped up as the best Android phone since the HTC Hero. Seeing as the Hero has been around since July last year – a lifetime for a smartphone – it’s about time that someone came up with a serious challenger. The good news is that despite some drawbacks, the Milestone really does live up to the hype and betters the Hero in a number of areas. 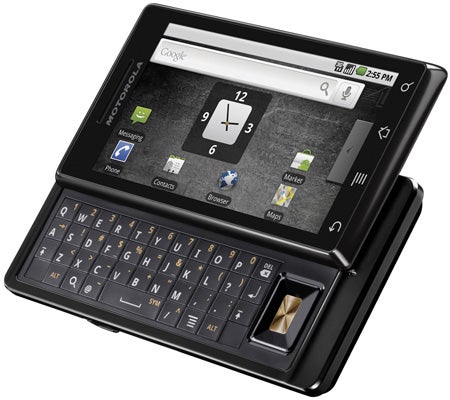 Let’s get the bad news out of the way first. When it comes to design, Motorola recently seems to have wandered off in the wrong direction. This was very much evident in the bulky and ugly Dext, and unfortunately with the Milestone its design team still seems to be lost in the wilderness. To put it mildly this is a strange looking phone. Like the Dext the handset has a slide out QWERTY keyboard, but unlike that model the screen here doesn’t fully cover the bottom half of the phone when it’s closed. Instead it leaves a lip jutting out at the bottom. This lip feels quite odd when you’re using the keyboard, is a magnet for dust and, well, just looks plain wrong. Even without this odd lip, the phone wouldn’t exactly be a looker as the overall design has a very boxy and industrial feel to it. However, at least the sturdy build quality and smooth sliding mechanism for the keyboard do give you the impression that the phone will stand up to a fair number of knocks and scrapes over its lifetime.


The keyboard is also far from the best we’ve seen on a phone. There’s no space between individual keys and, as they are also completely flat and have very little travel, it’s quite difficult to get up a decent typing speed. To the right of the keyboard there’s a rather large four way D-pad controller. Presumably this has been added to make text editing that bit easier, but we found we didn’t use it all that much and couldn’t help feeling it would have been better if Motorola had dropped it completely and just increased the size and space between the keys. 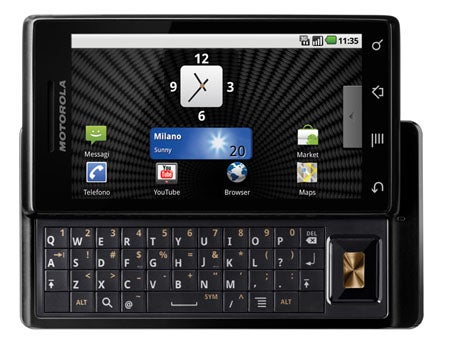 Thankfully, things improve dramatically when you get to the screen, as it’s one of the best displays we’ve ever used on any mobile. It really is that good. At 3.7inches it’s very large, but unlike the display on HTC HD2 it doesn’t make for an overly chunky phone. It’s bright too and colours look beautifully vivid, with the result that pictures and videos practically leap off the screen. And the pin sharp 854 x 480 resolution means that even when you’re zoomed out on a webpage, the tiny text is still crisp enough to read in landscape mode.


Furthermore, because the screen uses capacitance technology Motorola has been able to support the multi-touch pinch to zoom gesture. When the handset first arrived pinch to zoom only worked in the web browser, but during our review period Google released a new version of Google Maps which added pinch to zoom support too and the Media Gallery was also updated to support it. The zooming isn’t quite as smooth as on the iPhone, but it still works well and is especially useful in the browser where it makes it easier to navigate pages and position columns of texts on the screen for better readability.

Another key selling point of the Milestone is the fact it’s the first phone to run Android version 2.0. This new version adds native support for Exchange email and also lets you set up multiple different email accounts. There have also been some updates to the web browser interface and you can now search through SMS messages. However, the UK version of this handset doesn’t come with the Google Maps Navigation software found on the US version, and also lacks the drive mode interface where large onscreen icons give you quick access to the phone’s main features. Instead Motorola has added its own MotoNav software. This stores maps locally on the 8GB microSD card that’s supplied with the handset and although it works reasonably well it’s not all that easy to use as the menus could do with a bit of streamlining. 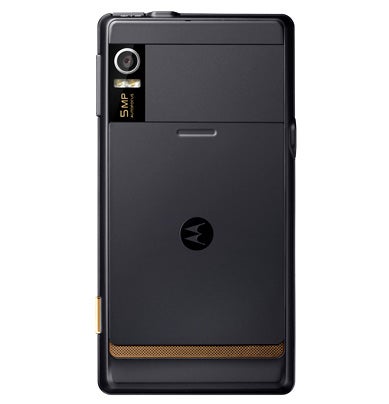 Unlike HTC’s Hero, the Milestone never really feels like it’s overloading the processor as everything keeps rollicking along at a lightning quick pace. The phone really does feel very responsive to the touch and menus appear and disappear with speedy precision. Even 3D games like the Raging Thunder racing game downloaded from the Android Market run at a blistering speed.


In fact the handset is a good all round performer when it comes to multimedia. Video looks great on the big bright screen and the built-in speaker is surprisingly loud so you can watch videos without always having to plug in your headphones. Like most of the latest smartphones the handset also has a standard headphone jack at the top of the phone and music playback from the updated Android music player sounds crisp and clean. However, the supplied headphones are very poor, so a new pair of cans will be a must for those who do opt for this phone. And while the five megapixel camera sounds good on paper as it has a twin LED Flash and autofocus the shots it takes are a bit of a mixed affair. There’s an awful lot of shutter lag and the autofocus is pretty ineffectual with the result that shots often come out looking either soft or downright blurry. 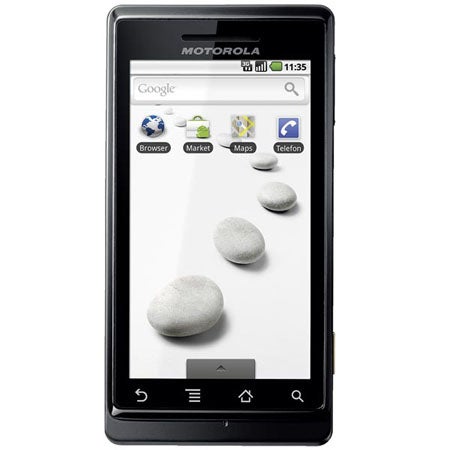 Unfortunately call quality isn’t quite as good as we expected form a Motorola handset. Although it holds a signal well and the ear piece is nice and loud, callers tend to sound a little bit clipped, as if the phone was using slightly over aggressive noise cancelling. You get used to it, but speech certainly doesn’t sound as natural as on other handsets we’ve used. The phone’s battery life is also a bit lacking. All those features obviously place quite a strain on the power pack because we only managed to get a day and a half out of it from a full charge, so really you can expect to have to put it on charge at the end of each day.


The Milestone is a much more accomplished handset than the Dext, Motorola’s previous Android offering. It’s faster, has a much better screen, supports multi-touch input and is laden down with features. In most respects it’s also a better handset than the HTC Hero, but we’re not sure it’s going to do quite as well as that phone, mainly because we can see the styling putting a lot of people off. But the Milestone certainly shows that if Motorola could come up with a decent looking design for its next Android handset it would have a real peach on its hands. 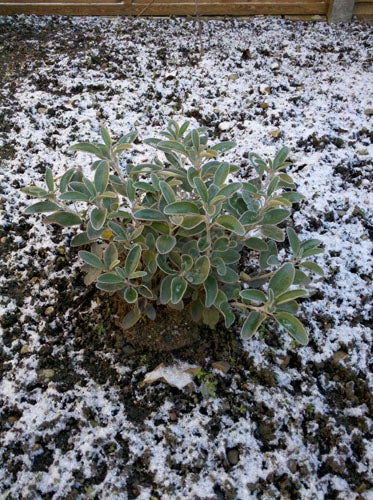 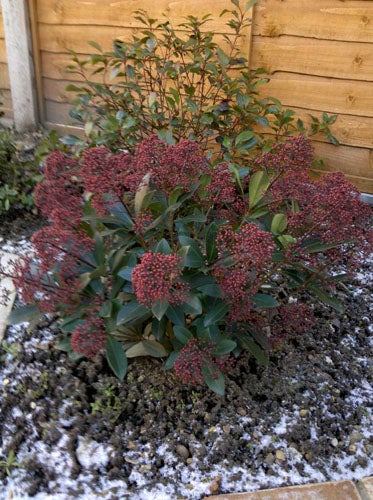