People basically want three simple things from a Bluetooth headset: They want it to be comfortable to wear, have good call quality and not look like it’s been beaten with the ugly stick. Motorola’s H15 seems to have the first of these two licked, but we’re not so sure about the third.


Rather than opting for the long and thin look that most other manufactures go for, the H15 is instead rather bulbous. What’s more, the mic isn’t positioned on the main body of the headset, but instead is found on a flip-out boom. The advantage of the boom is that it’s active, so acts as an on/off switch allowing you to save precious battery life when the headset isn’t in use. However, the combination of the bulbous body shape and odd looking boom make the H15 rather unattractive looking, at least to our eyes. 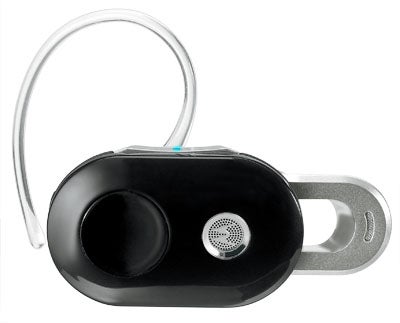 On the plus side the headset is pretty comfortable to wear. The ear hook sits nicely over the top of your ear without digging into it and the rubber earpiece covers (there are a number of different sizes included) are soft and malleable enough so as not to irritate the inside of your lughole. The headset initially feels a little bit on the heavy side, but after you’ve used it for a while you don’t really notice this extra weight.


Naturally, to use it with your phone you first have to pair the two devices over Bluetooth. Setting up the pairing process is a little bit easier with the H15 than with most other headsets we’ve used because it has what Motorola calls Easypair Technology. Essentially every time you open the boom to turn on the headset on it automatically goes into a quick paring mode. So as long as your phone is in pairing mode, when you flip open the H15 it should find it. 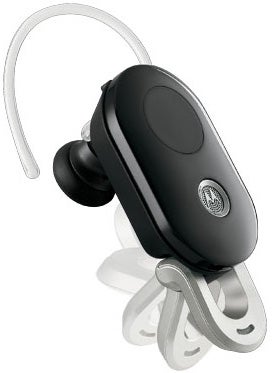 Once found it’s simply a matter of entering the usual ‘0000′ code as the PIN. The headset’s LED indicator then changes from blinking blue to solid blue to show it’s paired successfully. On the whole, we’d say that the EasyPair feature is pretty neat as it means you don’t have to remember some obscure sequence of button presses to get the headset into pairing mode.

Another useful feature is multipoint support, enabling it to be simultaneously connected to two phones. The idea behind this is that you can use it with both a personal and business mobile at the same time, or with your mobile and another device like your computer for VoIP calls.


Thanks to support for the Bluetooth hands free and headset protocols all the usual call handling features are available, but the headset isn’t compatible with A2DP so you can’t use it to listen to the footy results via your phone’s radio, for example. It’s not exactly a killer omission on a mono headset, but we’re pointing it out because there are other models on the market that have this feature. 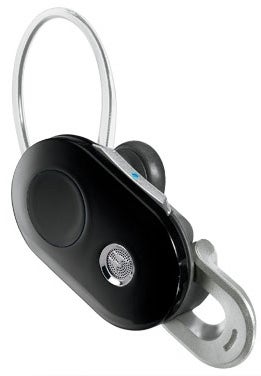 When it comes to controls the H15 isn’t exactly laden down with them. In fact there are only two: a large multi-function button (MFB) and a rocker volume switch. Of course, because the flip-out boom also acts an on/off switch you could also add it to the list if you really wanted to.


Most call functions are handled by the MFB. A single tap is used for setting up calls, answering calls or dropping calls. To reject an incoming call you hold down one of the volume buttons until you hear a tone in your ear, and to mute and un-mute the mic you press both volume buttons at the same time. As you increase or decrease the volume you’ll hear ascending or descending notes from ear piece so you know whether you’re pressing the right button.


It’s all pretty standard stuff and relatively easy to remember, although the call function controls for the second connected handset are more complicated and take a while to embed themselves in your brain as they involve multiple button presses. For example, to voice dial with the secondary phone you have to tap the MFB and then hit one of the volume buttons until you hear a tone.

The H15 includes dual microphones and technology for noise cancelling and wind suppression (we could do with some of that in our office!) and it works surprisingly well. Outside in suitably gusty conditions the person we were speaking to couldn’t hear any wind noise at all and it did a good job of reducing background clatter at Victoria train station during rush hour. The audio from the ear piece is also excellent, sounding very crisp and clean, while also being loud enough to be useful in noisy environments.


The headset charges via its micro USB port, but Motorola supplies both a mains charger and a desktop dock. A full charge takes two hours and is good for around four and a half hours of talk time, which is about an hour less than you’ll get from some of its rivals, such as the Jabra BT530. However, you can also quick charge it for 15 minutes to get an hour of talk time. 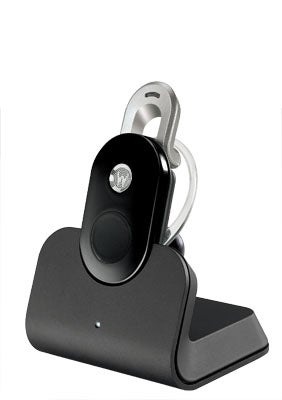 Like most headsets around at the moment there’s no dedicated battery indicator. Instead you have to rely on the headset’s single multi-coloured LED. To put this into battery indicator mode you have to press down both of the volume buttons at the same time. If the indicator shows red there’s less than an hour’s battery life left, yellow means it’s got 1 to 3 hours worth of juice and green means it’s almost at full capacity. We’d prefer a proper battery indicator, but at least it does give you some indication of the amount of juice left in your headset.


Overall, we think this is a decent headset from Motorola, but not a superb one. The noise cancelling technology worked a treat so call quality was always first rate. It’s also comfortable to wear and relatively easy to use. Nevertheless, it’s let down by the ugly design and short-ish battery life.