Non-sporty manufacturers continue to challenge the likes of Garmin and Polar when it comes to tracking our fitness and workouts. The Motorola Motoactv allows runners on the move to keep track of pace, calorie burn and distance as well as store personal records and we were highly impressed with the sample we saw at CES this year. 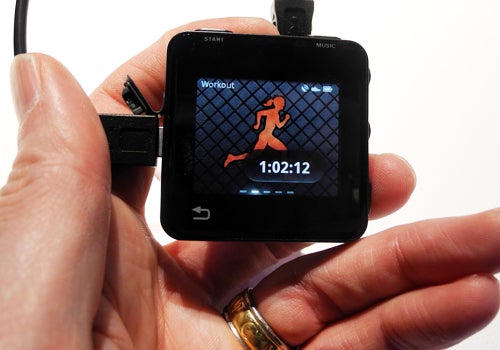 The device looks like an iPod Nano, a fair comparison given that the Motoactv is also a music player which holds up to 4,000 songs on the 16GB version and featires a built in radio, both of which play back though wired or Bluetooth headphones.

Primarily, it’s a fitness device which can be put to your wrist and worn like a watch, strapped to the runner’s arm or clipped to a shirt. Without these accessories, it weighs a mere 35g, a slip compared to the 75g of the Garmin Forerunner 610.

Like the 610, the Motoactv features a touch screen, only this case capacitive and made of Gorilla Glass, and we found the 1.6in colour screen to be clear and responsive. It also adjusts for indoor or outdoor lighting. 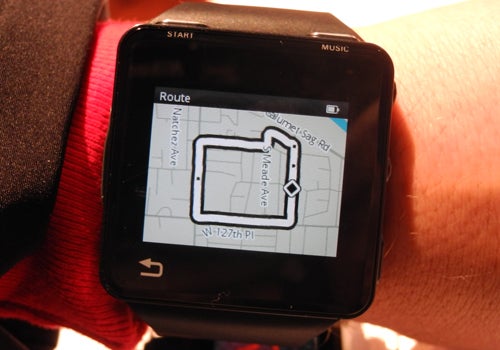 We were impressed at the functionality on the watch which includes a live GPS map which shows your location as well as recorded route on a map, something unmatched on any sport watch. It even has a virtual partner function so you can run against your previous time on a completed route – something only currently available on high-end sport watches.

Sport watch manufacturers need to seriously consider adding music playback to their. Not only does the Motoactiv play music and store playlists, it learns which tracks motivate you by measuring your performance against the songs which were playing when you training the hardest.

This could be rightly dismissed as a gimmick by long distance runners who will tell you that the best part of a run isn’t the bit you ran fastest, but there’s no denying that a boost of music can give you a push when you need it, so the option of an automatically-generated high performance list is a brilliant idea.

You can also pair the device with an Android phone to receive incoming calls and texts and the Motoactv can sync with a heart rate monitor and deliver audible feedback on your heart rate and performance. 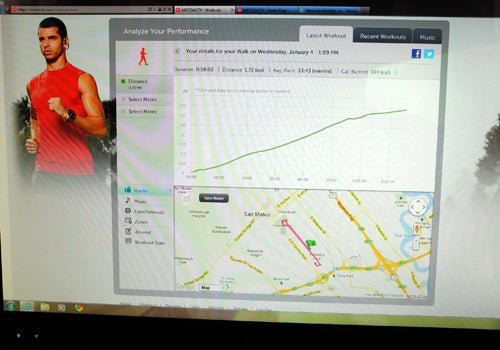 A selection of other post-workout data is available on the training web portal, including workout tracking, route mapping, goals and social media sharing.
Because it’s rainproof, runners who train with their phones to keep be contactable and listen to music won’t need to have their beloved handsets exposed to the elements, or use up valuable data and battery life. 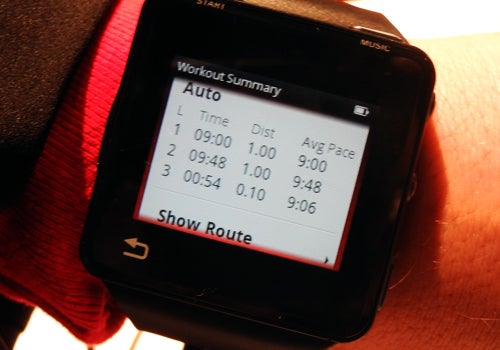 Battery life lasts five hours outdoors with full GPS or ten hours with basic music playback and is available in either 8GB or 16 GB models. The 8GB model is priced at £250 and while we would have liked to take it for a test run out into the Nevada desert, we have requested a sample and we’re looking forward to taking it out on mean streets back home. 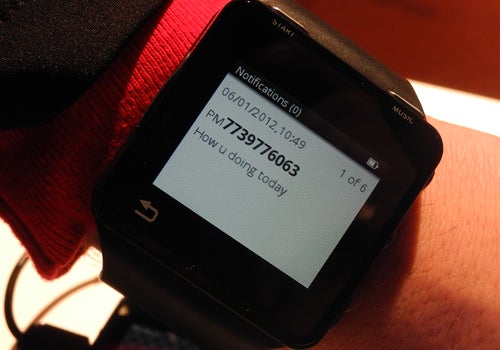 We’re very excited about the Motoactv. It looks like it will be cheaper than even the excellent Nike Sport Plus https://www.trustedreviews.com/nike-sportwatch_Gadget_review but also includes virtual partner, on-screen GPS mapping, takes incoming text and calls and is also music player – combined functionality only mobile phones can compete with and no current sport watch can match.