Monitor Audio follows its stunning Silver RX speakers with Apex, a style-led system that uses compact bookshelf satellites for the front and rear channels as opposed to imposing floorstanders. But just because they’re small, it doesn’t mean they’re not elegant or eye-catching – in fact, these are some of the most gorgeous sats we’ve ever laid eyes on. Or as Monitor Audio puts it, they’re ‘the finest expression of satellite speaker style and performance’. Well they certainly nailed the former. 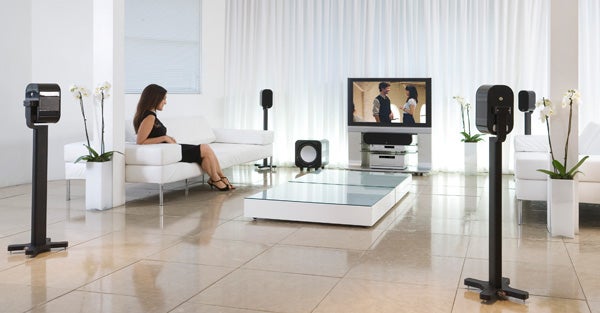 
The satellites in question are the Apex A10, which are worth around £275 each when bought separately. Why so pricey? All becomes clear when you hold one in your hands. The build quality of these things is mind-blowing. Despite their compact dimensions (140 x 140 x 250mm, W x D x H) each one weighs a disarmingly heavy 3.95kg, thanks to the use of inert die-cast aluminium enclosures. 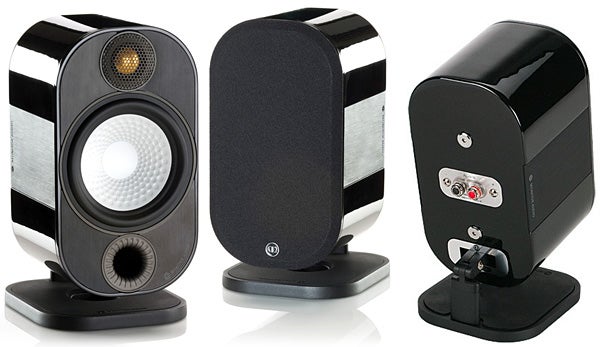 You certainly get a lot of speaker for your money, but it’s the shape and styling that’ll really leave your jaw hanging. Our samples are clad in a luxurious metallic black lacquer finish, with brush-effect metal alloy side trims, the combination of which is utterly irresistible (they’re also available in pearl white if you prefer). As if that wasn’t enough, the curved cabinets give them plenty of contemporary living-room appeal.


Each one comes with a removable grille in the box, which attaches magnetically so there are no clunky screws to ruin the look. Gold-plated binding posts are also found on the back of each speaker, as well as a fitting for connecting the supplied tabletop stand or wall/ceiling mounting bracket – a single screw lets you adjust the angle. The Apex A10s can also be mounted horizontally, and self-adhesive feet are supplied for sticking on the relevant side.

Alternatively, you can buy optional floor stands, which complement the Apex 10s beautifully with their elegant aluminium supports and plinths. They’re wired internally and the speaker sits on built-in connecting forks, which eliminates the need to connect them manually.


Inside the Apex A10s, it’s a case of ‘Honey, I shrunk the drivers’. They use the same tech as Monitor Audio’s full-sized speakers, but it’s been ‘distilled’ down to fit Apex’s more compact cabinet size. A new 140mm C-CAM mid/bass driver has been custom engineered for this range, which includes the RST dimpled cone technology used on the company’s GS and RX series.


The mid/bass driver is joined by a 25mm C-CAM gold dome tweeter, which has been fine-tuned to reach 35kHz, above and beyond the frequency range of Blu-ray and hi-res audio. Like the Silver RX series, these drivers are fixed to the back of the enclosure using a single through-bolt, which eliminates a possible source of distortion and braces the enclosure to minimise vibration. The HiVe port, which derives from the Platinum series, moves air more rapidly through the speaker in order to improve bass performance. Clever stuff.

Moving to the Apex A40 centre, it incorporates much of the same technology as the Apex A10s, except it adds an extra 140mm C-CAM mid/bass driver for extra authority. In the middle of these is a 25mm gold-dome tweeter, with front-mounted HiVe ports at either end. 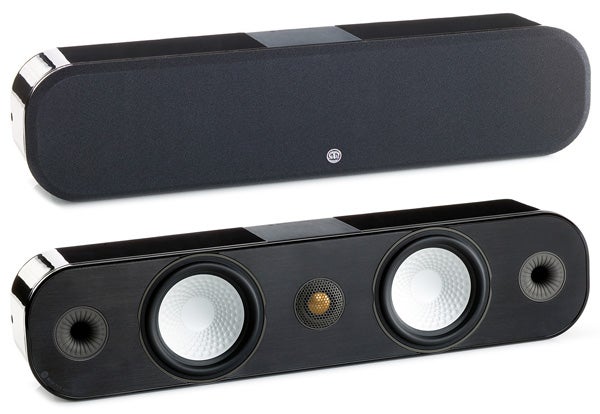 The centre channel can be laid on a tabletop after fitting the adhesive feet but its natural home is on the wall, and for that reason it comes with an attached mounting bracket and a template in the box. Once in position, the angle can be adjusted up or down by 22.5 degrees to suit the position of your screen. Naturally its build quality is incredible, but with its 610(w) x 140(h) x 100(d)mm measurements and 6.85kg weight, make sure your wall is sturdy enough to support it.

The final piece of the puzzle is the AW-12 front-firing subwoofer, a beautifully constructed unit that’s remarkably compact but weighs a ton (well, 22.56kg to be precise). It has been created specifically for the Apex system and is styled in a spangled black lacquered finish with those snazzy metal side trims. You won’t want to hide this baby away in the corner. 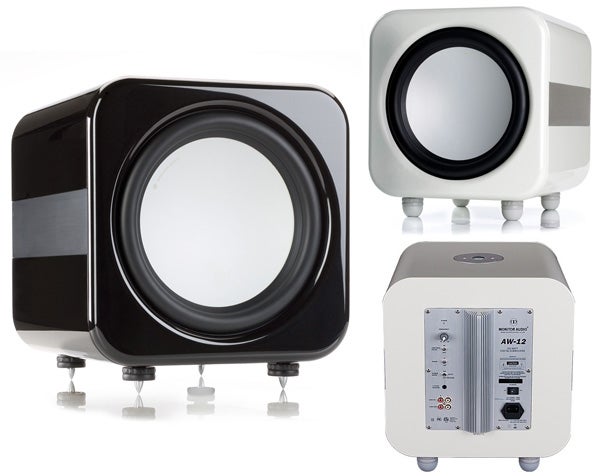 On the inside is a proprietary 300mm long-throw C-CAM driver, which teams up with a 500W (!) Class D amplifier. On top is an aluminium panel that houses the volume dial and buttons for selecting between two EQ modes. On the back you’ll find the crossover control (ranging from 40Hz to 120Hz), low pass filter and phase switches plus line input and output (should you be bonkers enough to daisy chain another sub).

We’ve auditioned plenty of satellite systems recently, but Apex is in a different league to anything we’ve heard before. You’d expect that for this sort of money, but even with that price firmly in our minds we still weren’t quite prepared for how good Apex sounds.


The intricate internal construction of each speaker, coupled with the inert enclosures, enables the Apex to deliver an astonishingly fast and detailed sound. When you feed them movie material – in this case ”The Dark Knight” on Blu-ray – the way those Apex A10 satellites zap effects around the room will leave you feeling like a kid at a fireworks display. Oohs and aahs abound.


They dig out the smallest, most insignificant high-frequency details in the movie’s soundtrack, stuff you probably never even noticed before. But they’re not just about the delicate stuff – they’re remarkably powerful too. Even without the AW-12 sub’s input, the Apex A10s muster the sort of explosive, muscular bass that you simply don’t expect from cabinets this compact.

But you’d be a fool not to get the AW-12 involved. It’s a phenomenally powerful bass purveyor, dredging up low frequencies from the depths of hell and turning them into a thrilling visceral experience. You can literally feel every blast from the Joker’s rocket launcher and the rumbling engine of the Batmobile course right through you. Transient bass sounds, such as punches and gunshots, are taut and punchy. It is, in a word, awesome.


What’s more, the Apex A10s and Apex A40 centre integrate flawlessly with the AW-12, creating a wonderfully cohesive soundstage, while the interplay between channels is mesmerising. Dynamic shifts are effortlessly handled, surround effects are expansive and dialogue is crystal clear yet full-bodied. We defy anyone to hear this system in action and not be completely and utterly hit for six.


The Apex system is equally assured with music, reproducing vocals with life-like purity. Sade’s breathy voice on the ”Soldier of Love” CD is more haunting and ethereal then ever, while a Dolby TrueHD performance by jazz singer Jane Monheit on Dolby’s ”The Sound Of High-Definition” Blu-ray is spellbinding. The speakers pick out minute musical details, lending irresistible texture to the overall sound.


The Apex system is the holy grail of style speaker systems, one that delivers audiophile standard sound quality without making huge demands on your living space. It offers the sort of powerful, insightful audiophile sound that you don’t automatically associate with satellite speakers, a result of the astonishing build quality and clever technology that lies within each unit. The price tag might seem exorbitant at first, but have a listen for yourself and you’ll soon appreciate how easily they justify the expense.