Let’s face it, however ingenious touchpads may have become, offering multi-touch, dedicated scroll zones and various other niceties, there’s little that beats the good old mouse for moving a cursor around a screen. One such peripheral for those who want the comfort of a mouse while on the move is Microsoft’s new Wireless Mobile Mouse 6000.

One factor that immediately differentiates the Mobile Mouse 6000 from the legion of other ‘portable’ mice on the market is that it uses Microsoft’s BlueTrack sensor technology. Not to be confused with Bluetooth (a wireless transmission standard), BlueTrack purports to combine laser’s accuracy with a large degree of surface independence – a claim we found to be true when we looked at Microsoft’s revamped Explorer Mouse. In other words, the Mobile 6000 will work as well on granite as on woolly carpet, both scenarios where a laser mouse wouldn’t cope.


Inside the package you’ll find the mouse, a single AA battery, a CD with Microsoft’s IntelliPoint software for both Mac and PC and a colour quick-start guide that clearly illustrates all you need to know. 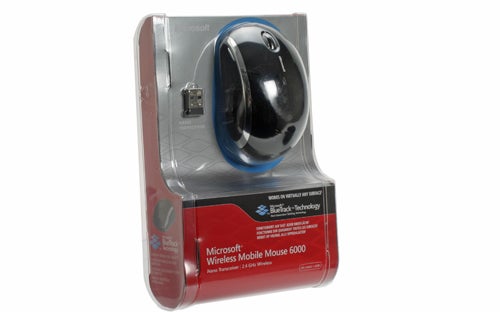 
In fact, it has surpassed Logitech in its storage implementation of the dongle: the Mobile 6000 features a spring-loaded hatch at its bottom into which you insert the dongle for transport, pressing an easily-accessible button beside it to pop it back out again. This is certainly a lot smoother than with the V550 Nano, where you had to dismantle the mouse to store and retrieve its dongle. One niggle is that – unlike with Logitech’s peripheral – inserting the dongle doesn’t automatically turn the mouse off, so if you don’t remember to utilise the tiny on/off switch it will continue draining the battery. Still, with a claimed battery life of 10 months’ constant use, it’s not a big issue. 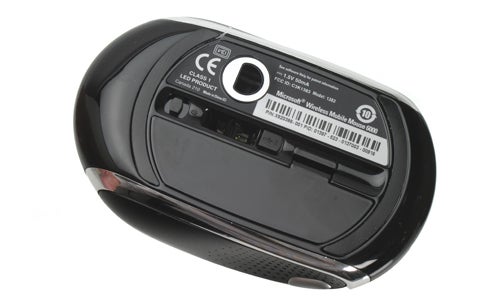 Getting onto the mouse itself, it’s a very compact and light unit, weighing only 90 grams with the battery installed. Though its lack of heft does make it feel a little flimsy (especially compared to the V550 Nano’s 120 grams), added weight to carry around is never a good thing.


We’re less pleased about the finish for the main part of the mouse. Microsoft has gone for piano black here, which while looking great is as prone as always to fingerprints, dust and scratches – even more of an issue since the Mobile 6000 doesn’t come with a carry pouch like Logitech’s VX Nano or Gyration’s Air Mouse.

At least the sides of Microsoft’s five-button mouse, separated from the glossy section by faux-chrome strips, are a lovely rubberised plastic. There’s a thumb indent and small silver thumb-button on each side of this symmetrical peripheral so it’s perfectly ambidextrous – although that’s a common enough feature among mice. However, thanks to its curved back it also lies in the hand more comfortably than the V550 Nano, giving better support for your palm as you grip the sides of the mouse.


On the other hand, its thin Teflon feet make using it on a cloth pad awkward, as you can feel the Mobile 6000’s bottom scraping across the textile. However, given the BlueTrack technology means it can be used on more or less any surface – be it carpet or wood – it’s something of a non-issue unless you absolutely must use a mouse mat, in which case you probably don’t need BlueTrack or a portable mouse. 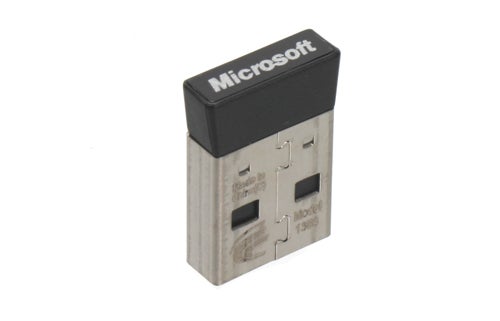 Perhaps the biggest dissapointment with the Mobile Mouse 6000 is its scroll wheel. While the four-way wheel lies comfortably enough under the finger and is finished in the same soft-touch material as the mouse’s sides, its slow, non-notched action simply doesn’t match up to the broad, ribbed wheels on Logitech’s mice. This is especially true of those that offer the company’s truly revolutionary Hyper Scrolling, which can switch between notched and ‘free-wheel’ modes depending on circumstances.


Finally on the hardware front, it’s worth mentioning a small green battery indicator easily visible below the scroll wheel so that you’ll never be caught by surprise.


Software is, as one would hope from the makers of Windows, excellent. IntelliPoint lets you adjust what any of the mouse’s buttons do with a dynamic visual representation showing you their location. In a surprisingly open move, there’s even a tab for Logitech’s SetPoint Settings if you have any of the rival manufacturer’s peripherals installed. 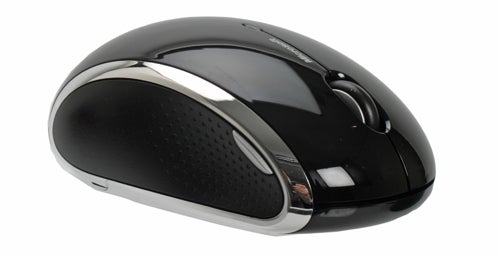 Essentially then, with Microsoft’s Wireless Mobile Mouse 6000 it’s a case of weighing up what you need and how much you’re willing to spend to get it. If you require a mouse that will work on almost any surface, there simply is no ‘ordinary’ desktop mouse alternative to Microsoft’s amazing BlueTrack technology.


Nor do you pay too much of a premium for it, since at £29 the Mobile 6000 is very reasonably priced. Its most direct competitor, Logitech’s V550 Nano, costs around same and though its laser sensor can’t cope with the variety of surfaces Microsoft’s rodent can, its reassuring weight gives it a better balance and its scroll action is on a whole other level. There’s also the Nano VX to consider, which at around £6 extra is arguably more refined than either.


Microsoft’s BlueTrack techonology is well utilised in a portable mouse such as this, ensuring it will work on pretty much any surface. This is also a reasonably priced effort and though it lacks the excellent scrolls wheels found on Logitech’s efforts, if you’re on the move BlueTrack gives it a definite edge.