Many of us spend far too long behind our computers, and this can lead to some unpleasant consequences. One of these is repetitive strain injury (RSI), which is a condition affecting nerves, muscles or tendons often associated with, but not limited to, computer-related work. Today we’re looking at Microsoft’s Natural Wireless Laser Mouse 6000, an oddly but ergonomically-shaped rodent meant to prevent – or alleviate, if you’re already suffering – RSI, especially Carpal Tunnel Syndrome, which affects the wrist. 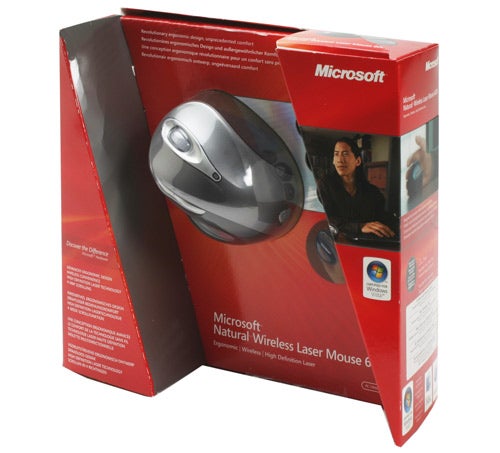 The package you get here is really simple, consisting of a wired receiver, pair of AA batteries and the mouse itself. There is also a quick-start guide and software CD with Microsoft’s excellent IntelliPoint software.


Unfortunately, the receiver does not act as a charging cradle despite its large size, but you can always use rechargeable batteries with a separate recharger. Microsoft quotes a not inconsiderable six-month battery life for normal use and there’s a battery indicator that flashes red when they’re low so you won’t be caught unawares. 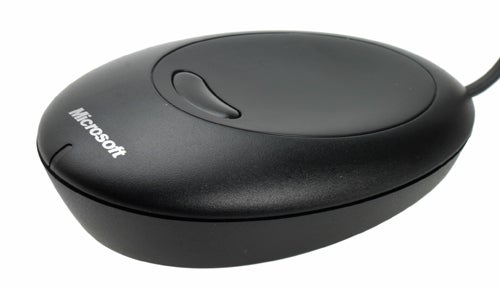 However, it’s still a pity since most other Microsoft mice we’ve reviewed recently (such as the Explorer and Laser 7000) have come with charging cradles. It also raises the question as to why the receiver has to be the size of a normal mouse compared to previous models that use a little USB dongle? 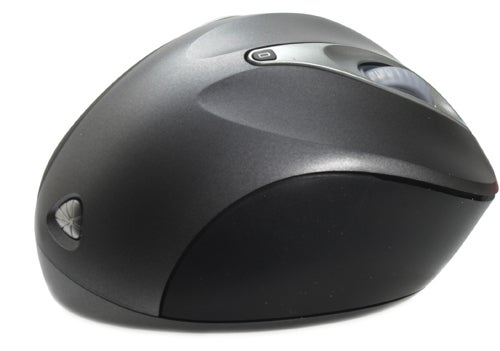 Moving on to the mouse itself, the first word that springs to mind to describe it is ‘odd’. This is not because of its styling, which is modern and smooth, or its colours, which are an attractive combination of greys, silvers and black. Rather, it’s the shape that is unlike any other mouse. While nothing as outlandish as the Zalman FPSGUN or 3Dconnexion’s SpaceNavigator 3D, the Natural 6000 is more spherical than your average mouse.


What this means is that it’s shorter lengthways and much taller than a traditional mouse. It’s tilted design also turns and lifts your palm far higher off the desk to reduce the pressure on your carpal tunnel and wrist. When I first used the Natural 6000, I thought it was very uncomfortable, particularly in the way it altered the angle of my wrist, which took some getting used to, especially since I have been using an ergonomic mouse-pad with built-in wrist-rest. But after giving it some time, it really grew on me. How you hold it is also very important. First, you should adjust your chair so that your forearm isn’t resting heavily on the desk. Then you should rest the side of your hand on the desk and allow your hand to naturally flop over the mouse from the side.

Obviously, the Natural Wireless Laser Mouse 6000 is for right-handers only. I’d also say it favours those with small hands, since when holding the mouse in the correct position with my averagely-sized mitts, my fingers extended just a little too much over the edge and the scroll wheel was a tad too far back for ideal comfort. The last ergonomic niggle is that the rear thumb button is not ideally placed, requiring you to move your hand to operate it.


Aside from this there’s little to complain about. The sides of the mouse are rubberised for extra grip and comfort, and there is a huge side indent that should cradle thumbs of all shapes and sizes. There is no support for the little finger, but this is a personal preference and besides, it’s something all Microsoft mice have in common. 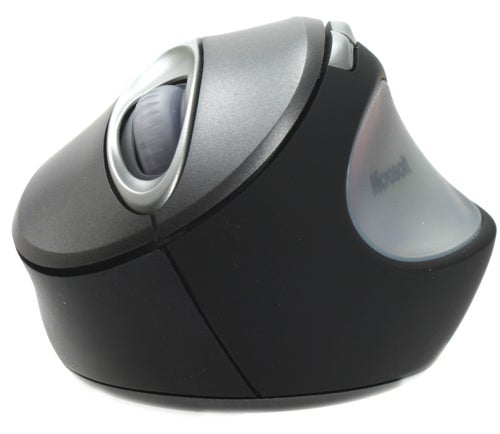 The main left and right buttons give a solid and audible click response. The four-way scroll wheel is broad and coated in soft transparent rubber, and although it’s physically notched, the scrolling is not, which automatically puts it at odds with the serious gaming community. Nor is its wheel the only aspect that gamers will frown upon: while fine for everyday use, the mouse did display occasional lag, and since it doesn’t use 2.4GHz radio, wireless range is also limited to around a metre.


As far as surfaces are concerned, the Natural Wireless Laser Mouse 6000 doesn’t get along with cloth pads as the narrower base can dig into the soft surface, but on hard plastic or a desk it’s smooth as silk. Microsoft’s IntelliPoint software is as good as ever, with one of the handiest features being the Magnifier. Activated by pressing the forward thumb button, this zooms most things on your desktop to a preset level, for example making small text instantly larger and therefore more readable. 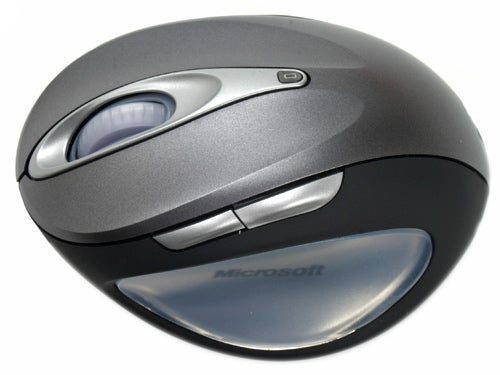 Overall then, is this the mouse for you? At £44, it’s not exactly the cheapest rodent around, but avoiding RSI is definitely worth it, and the science behind the Natural 6000’s ergonomics appears sound in theory. After a short period of usage the mouse becomes quite comfortable, and if you are already experiencing wrist problems this mouse ”may” alleviate them. On the other hand, sensible breaks and good working practice can also prevent or ease RSI, and considering the mouse’s limitations, niggles and unsuitability to gaming, it’s certainly not for everyone.


Mediocre in everything but ergonomics to other recent Microsoft mice, the company’s Natural Wireless Laser Mouse 6000 is not for everyone. But for those who work with their PC for many hours a day, its unusual shape may save their wrists from pain.