Registering a workout is easy as pie and simply requires you to click on the relevant exercise tile and click the Band 2’s “action” button. Once pressed, the Band 2 will pair with your phone’s GPS and start tracking your workout.

I found the GPS pairing could be a bit of a faff on occasions. While running in the park, it would occasionally struggle to setup a GPS connection. Luckily, this isn’t a deal-breaker: a second push of the action button lets you instruct the Band 2 to start tracking your progress without GPS. 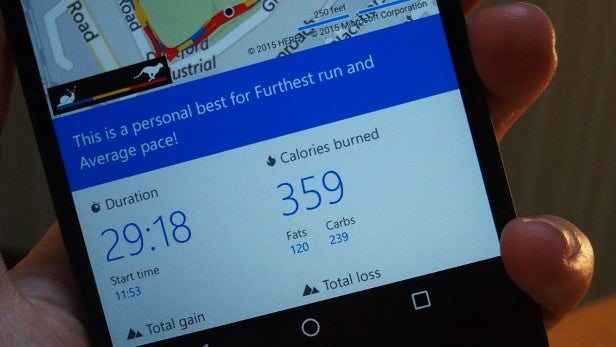 The one drawback to this is that it will affect the accuracy of the data the Band 2 collects – especially on distance-focused exercises.

Doing two 5km test runs, one with the GPS connected and one with it off, the Band 2 offered notably different results. With the GPS on, the Band 2 accurately told me exactly when I’d run 5km. With it off, however, it alerted me to the figure only after I’d run an extra half kilometre.

Once your workout is complete, press the action button, scroll left and press the “end session” on-screen command. The Band will then give you basic feedback about your performance. For a more thorough analysis, you’ll need to jump into the Microsoft Health smartphone app.

The app provides a wealth of data. This ranges from basic numbers on run distance, average heart rate and calories burned to more esoteric data, such as UV exposure and the period that you should rest for before exercising again.

The UV exposure may not be a big deal for people working out in dreary England, but it will be a key selling point for those living in warmer climates, where skin cancer is more of a concern. 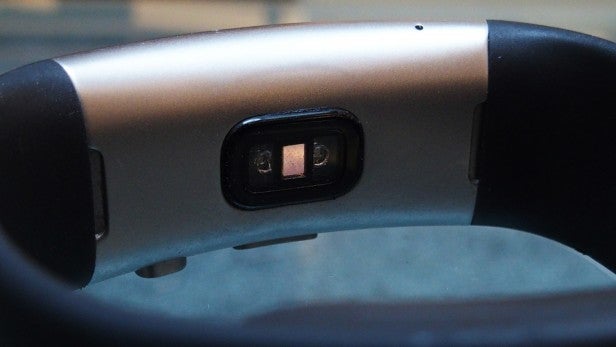 The barometer means the Band 2 can, on paper, detect when you’re running on a slope or climbing stairs.

This sounds great, but again, I noticed a few niggling flaws with the software that stopped it from achieving wearable greatness.

For starters, some of the fitness-tracking services aren’t as accurate as I’d like. While the optical heart-rate sensor gave consistent readings and never once came up with a false cardiac-arrest level reading – as often happens on cheaper trackers – the steps counter sometimes went haywire.

Climbing the stairs to our third-floor office every day, the tracker jumped between recording 30 steps to as many as 43 – even when I was careful to take one step per stride.

In a bizarre reversal of fortunes, iOS and Android are also a little light on Band 2-supporting third-party apps. You can view compatible third-party apps within Microsoft Health. At the time of review, the compatible apps list on Android was limited to a woefully small selection of fitness apps such as Runkeeper and MyFitnessPal. 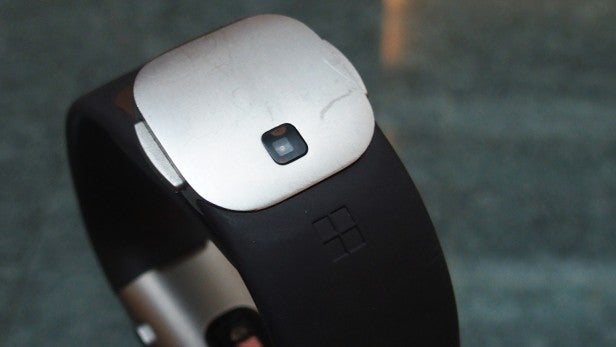 Microsoft quotes the Band 2 as offering 48 hours of battery life off a single charge with “regular” use. With regular use I found that the Band 2 usually managed to survive close to a day and a half with moderate use.

Moderate use entailed a 4-5km run before work each morning, regularly checking the time and incoming alerts, and using the Band 2 to monitor my sleep each evening.

By smartwatch standards the battery life is pretty standard, matching  most competitors such as the Moto 360 2 and LG Urbane. But, considering the Band 2’s fitness focus, I’m disappointed.

Competing fitness trackers, such as the Moov Now, offer more robust health services, better battery and cost a fraction of the price.

Being fair to Microsoft, this is an issue that affects the Apple Watch and close to all Android Wear smartwatches. Regardless, it remains an annoyance, and means that you’ll have to lug around yet another proprietary charger and add yet another device to the list of items you need to charge regularly. 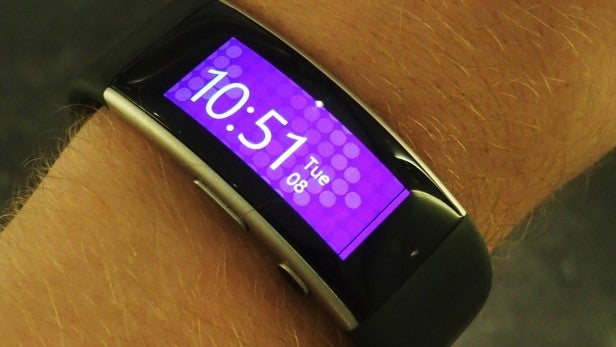 Should I buy the Microsoft Band 2?

The Microsoft Band 2 is a marked improvement on its predecessor. It has a more intelligent design and wealth of new tracking features, thanks to the addition of a barometer sensor.

However, a few niggling issues remain. Its design still isn’t quite right, resulting in the Band 2 feeling uncomfortable to wear during certain exercise. Its application offering is also a little lacking compared to the Apple Watch and most competing Android Wear smartwatches  – which limits its appeal to anyone outside of the Windows 10 Mobile or Windows Phone 8.1 ecosystem.

If it was priced in line with a fitness tracker then this wouldn’t be an issue. But with prices starting at £199 it’s fairly expensive, and for fitness fanatics there are better and more affordable options out there, such as the Moov Now. This makes it more difficult to recommend the Microsoft Band 2 unless you find it discounted.

The Band 2 is a step up from its predecessor, but it still needs a little work to be truly great.