Microsoft has been publishing Autoroute for years. It actually started out as a tool for businesses that Microsoft purchased and turned into a more consumer friendly product. It’s been through a few ups and downs, but for the 2006 edition Microsoft seems to have reinvented Autoroute in an attempt to capture what is becoming a real growth market – GPS based navigation.


You get several applications in the package. The core software is Autoroute 2006 itself, and is for your PC or laptop, but you also get Pocket Streets for both Pocket PC and Windows Mobile Smartphone.


Pocket Streets is not a fully fledged piece of navigation software. It can display a map you export from Autoroute 2006, and your position can be plotted on that map if you attach a GPS antenna to your device. You can find places including points of interest, but you can’t get routing directions between two places. Think of it as a very feature limited supplement to the main Autoroute software, and you’ll be OK. If you are looking for Pocket PC or Windows Smartphone based navigation software, look elsewhere.

If you already have a GPS antenna of some sort, you can get the software alone for under £50. When you consider that Autoroute 2006 includes mapping and navigation across 27 European countries this sounds like something of a bargain. If you need to purchase the version that includes the GPS antenna, the kit will set you back £149.99, which is still very competitive.


Note, though, that the mapping data is not consistently strong across all 27 countries. You get street-level maps and address find capability for Austria, Belgium, Denmark, Finland (south-central only), Germany, Greece (Athens only), Luxembourg, Netherlands, Norway, Sweden, Switzerland, and the United Kingdom (England, Scotland, and Wales), as well as for urban areas of France, Italy, Portugal, Spain, and United Kingdom (Northern Ireland).

The antenna connects to your laptop using a USB cable with a proprietary connector at the antenna end. Microsoft provided us with a couple of extra dongles for our test – an adapter for the GPS antenna which provides it with Bluetooth capability, and CompactFlash adapter so that it can be used with a Pocket PC that has a CompactFlash slot. Ordinary punters don’t get either of these in the box from Microsoft, though, so to use this antenna with a Pocket PC or Windows Mobile Smartphone you will need to invest in additional kit. 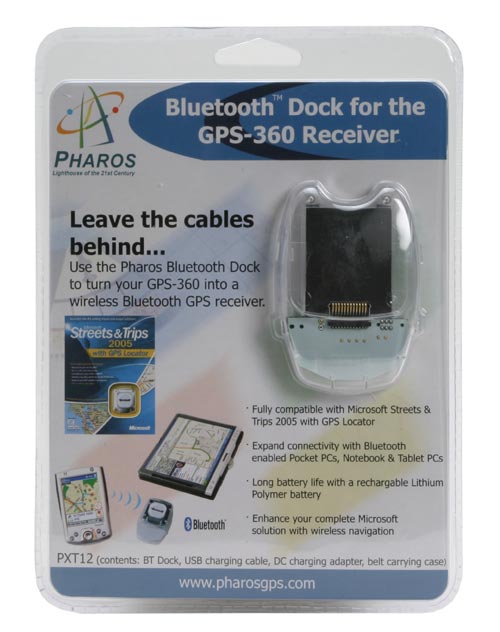 There are two installation options for Autoroute 2006. If your computer has plenty of free space, then you can set aside 1GB for all the software and mapping data. If you are strapped, then you can opt for a less space hungry installation requiring a ‘mere’ 400MB, but you’ll need to ensure the ‘run’ CD containing all the maps is on hand when you want to use Autoroute.


Setting up the GPS antenna up with my laptop was very easy. I simply plugged the cable in and chose to ‘Configure GPS Receiver’ from the Tools menu. It located me at its first attempt in under ten seconds, which is really very impressive. 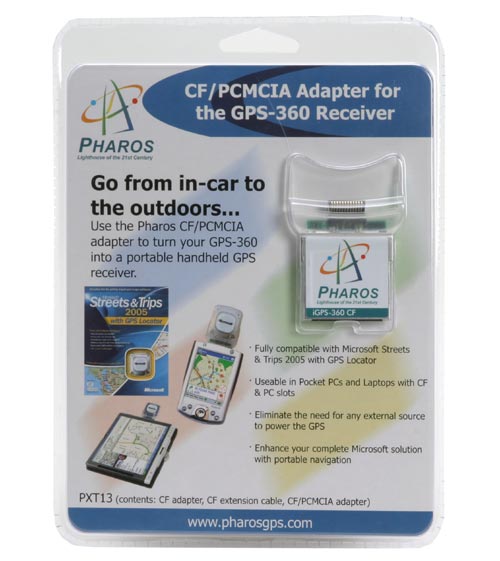 Setting up routes is easy enough too. Tap in a road name and in the twinkling of an eye a pane offers you all its variants. Scroll through to find the one you want, and hit OK. The location is shown on a map that takes up the whole screen: PDA users would give anything for such an expanse of map! You can proceed to enter as many places as you like, and they appear in a pane running down the left edge of the screen. You can move them up and down in the list to create an itinerary, and if you have three or more places in any itinerary, can schedule time-specific stops.

You can search by full seven digit postcodes, and even, oh joy of joys, by Ordnance Survey grid references. Now that won’t matter a lot to many people, but to map fans like myself, it is a fabulous feature (I’ve long lobbied for PDA based navigation software to throw this capability into the mix). Better still, it’ll give you the grid reference for any address you enter – just mooch along the tabs in the ‘Find’ window after you’ve entered an address.


As you’d expect with a laptop, route calculation is a whole lot quicker than on a PDA. And the big screen caters for more comprehensive visuals than you might be used to seeing on a PDA. Most notably you get a whole lot more map on screen at once, with plenty of zoom control, and turn by turn directions. Both are displayed in panes, so that you can easily change the proportion of screen space each consumes – or get rid of the written instructions completely and just rely on the map. 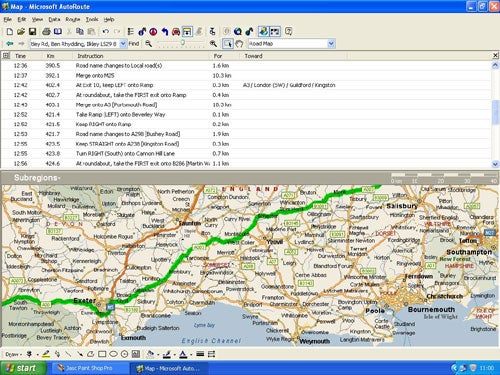 Microsoft claims a massive 865,000 points of interest across its expanse of covered terrain, with 80,000 of these in the UK. The usual fare is here (hotels, railway stations, cinemas and so on), and again it is easy to add these to any trip. A simple right click calls up an option to ‘find nearby places’ and by right clicking on any that take your fancy you can add them to a route.


You can add your own points of interest or contacts to the software in the form of ‘pushpins’. If you feel so inclined you can even import all of your Outlook contacts in this way in a single operation. This could prove really useful for both business users and those who want to get all their family and friends into Autoroute 2006 in one fell swoop. You can also import from other file types – such as Excel, Access, and .txt, and .csv files. 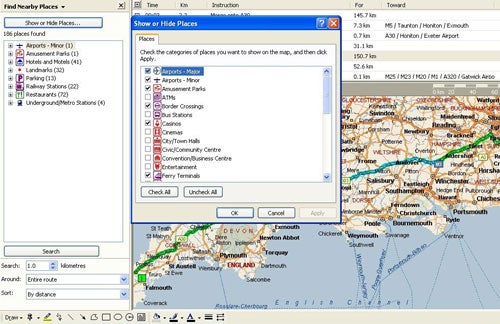 There is plenty more going on that I just don’t have space to write about in detail like the political and terrain maps that sit alongside roadmaps, the link to MSN Virtual Earth (which actually wouldn’t work for me), and the ability to set your driving speeds, costs and fuel consumption to get various information reports and low fuel warnings. A feature holidaymakers might like is Drivetime Zones. You tell the software where you are and how long you have, and it’ll visually show you how far you can get in that time. One potential use of this might be on a family holiday with a spare half day.

There is a voice prompting system to deliver directions for navigation. It has to be said that it is not the best I’ve come across. Computer generated rather than human and very quiet. Even with my usually quite loud laptop speaker turned up to maximum it was often difficult to hear instructions. 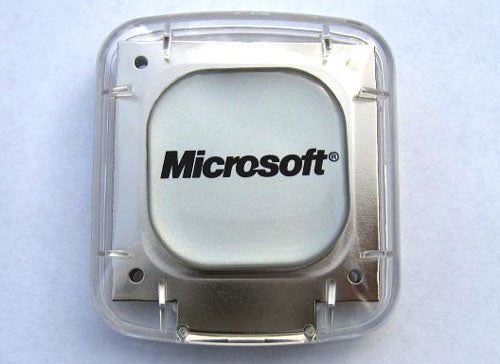 It’s a good thing, then that a strength of Autoroute 2006 is that you can pre-plan a trip and then produce printed directions complete with various kinds of map including ‘turn by turn’ and ‘strip maps’ which deliver a map on one side of the page and printed instructions on the other. These printed maps make a great supplement to a car atlas, and you can even get greyscale versions of maps suitable for faxing to other people.


Autooute 2006 is brimming with features and should appeal as much to map fans as to those wanting a laptop based GPS navigation system, not least because you get a swathe of countries included. One of its greatest strengths is its armchair route-planning services which are really easy to use. Couple this with the plentiful printout options and you may find that the GPS-antenna-in-your-car just isn’t required. Either way, you could plump for the cheaper GPS free option first, then add an antenna later if you want to go further.


However the Windows Mobile features are sorely lacking. What you get with Pocket Streets is very basic and without the capability to use the provided GPS antenna with your Windows Mobile Pocket PC or Smartphone out of the box, you are going to need to spend more money to get the GPS features out of Pocket Streets.