It’s a great game for all the wrong reasons: not the gameplay, oddly dated and ridden with flaws, but the grim, noir narrative and the exuberant style. Max Payne 3 isn’t Rockstar’s best game by a long shot, or even a brilliant third-person shooter, but it’s tremendously exciting to play. It’s a game that shows how the word ‘cinematic’ can be double-edged, but that still scrapes through to be one of the most memorable action games this year.

Early on, we weren’t convinced. Max Payne 3 exemplifies Rockstar’s love of the talky cut-scene, and while the lengthy cinematics that punctuate the action in the first two levels show off the beautifully-rendered characters and an eye for cutting and camera-angles, they also slow the pace to a crawl. More worryingly, what action there is exposes the game’s biggest failing: it’s incredibly linear and there’s just not much variety to what you do. 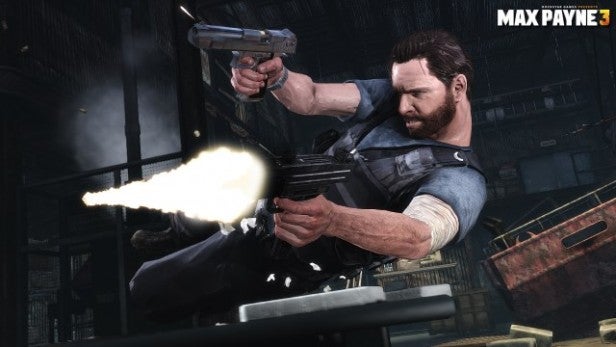 Slowmo Mechanics
That’s because it’s all built around cover-based, third-person shooting and a slowmo mechanic that was all very new back in 2001, but which has since seen action in everything from FEAR to Rockstar’s own Red Dead Redemption. For the most part, Max Payne has just three variations on combat: the bit where you cower behind something and take potshots, the bit where you press the right thumbstick, engage slowmo, and blast everything you can before the guage runs out, and the bit where you press the right bumper to hurl yourself into the air and blast everything before you hit the ground.

It worked in Remedy’s original Max Payne and it works just as well here. But it can leave you feeling: surely, there must be something more than this.

In terms of storyline and style, however, it’s fantastic. Where everyone else is content to do another story about space marines or special forces troops on the trail of terrorists, here’s an honest-to-goodness thriller with a flawed hero (Max is an alcoholic and distinctly past his prime), a great setting (Brazil’s Sao Paolo) and a story you can believe in.

The dialogue comes close to Ellroy/Chandler-parody at times, but it’s engaging, smart and rich in pitch-black humour. And the presentation? Well some might say that it’s all trying a bit too hard, with split-screen, double-vision and weird video artefacts everywhere you look, but it makes all that blasting and leaping look amazing. We haven’t had a finer example of great style over not-so-great substance since the risky Kane and Lynch: Dog Days – a game Max Payne 3 resembles in a number of ways. 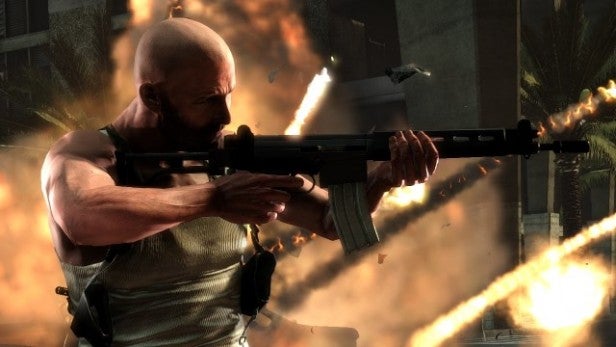 Game Rage
Sadly, these ways extend beyond a bold style and a hard-edged story to the fact that Max Payne 3 can be a hugely frustrating game. Enemies are numerous and hard to kill, requiring several shots before they’ll go down. It’s hard to complain about a lack of realism when Max himself can take a volley of gunfire and fix up with the aid of a handful of painkillers, but some guy you shot point blank in the chest shouldn’t get up a second later and come running at you, good as new.

Meanwhile, it’s not unknown for Max to go down with just a few shots, or occasionally one decent blast. The game has a very nice mechanic called Last Man Standing, where you get a second chance if you can take your killer out in slowmo as you fall, but it only kicks in under specific conditions, and even then doesn’t always give you much hope. 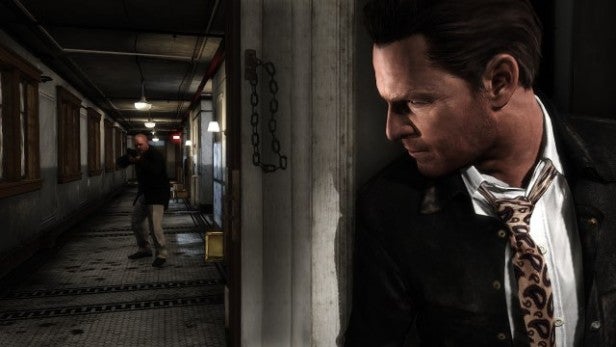 This in itself wouldn’t be a problem, but the game uses a checkpoint system and the checkpoints are – at times – unforgivably spaced out. Though the game tries to fudge this by doling out free painkillers when you fluff a section too many times, it is annoying. It also gives Max Payne 3 a weird rhythm, where the action can’t always flow because you’re forced to take some sections again and again until you get it right.

The checkpoint issue is a serious fault, and one that nearly gets Max Payne 3 docked points, yet it’s worth persevering for the simple reason that, the more the game goes on, the better Rockstar seems to get at staging the action. What you do doesn’t actually change that much, but where and how you do it, and the challenges and limitations these place on your shoulders, do. There are some truly fantastic sniper sequences, a great hostage rescue mission in a rain-soaked jungle village, flashbacks to New Jersey and more goodies we wouldn’t want to spoil.

Throughout the action is expertly interspersed with cinematic material, whether the close-ups that reward you for a particularly spectacular shot, or the occasional staged sequence which sees Max tumbling through a window or sliding from a roof, and you trying to kill everyone you can before he hits the ground. 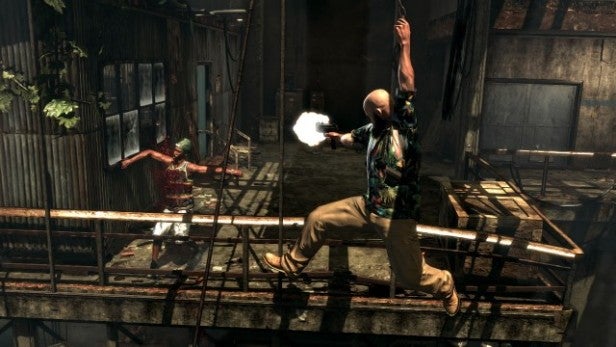 Getting Physical
Another thing Rockstar has got right is making all this violence feel physical. Having done a slowmo dive, Max will be prone and unable to move for a short period, meaning you have to think carefully about where and when you use it – particularly in the later stages of the game. Bullets and wounds seem to have a real impact, and Max also feels a little middle-aged and tired.

Max Payne 3’s deployment of Rockstar’s Rage engine, and particularly the Euphoria animation system, wins the game a lot of credit, because the way characters look, move and react during the gun battles is often uncannily realistic. You’re not looking at rag-dolls shooting at other rag-dolls, but at convincing human figures. 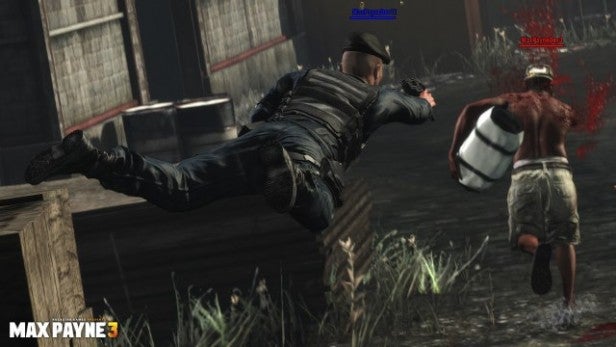 Multiplayer Mayhem
Most surprisingly, Max Payne 3 even packs in a strong multiplayer mode. At first you’re limited to straight deathmatch and team deathmatch modes and it all feels slow and a little second-rate, but carry on playing and it soon wins you over.

Bullet-time makes all the difference, with its use balanced by the same post-slowmo movement issues as in the single-player game, and by the fact that it also affects line-of-sight targets, not just your character. Gain enough kills in the boot-camp scenarios, and you can also join in a Gang Wars mode. This sees two teams running through objectives in a themed mini-campaign. It’s another example of a game that can start off on the wrong foot, but that works hard to turn your initial impression around. 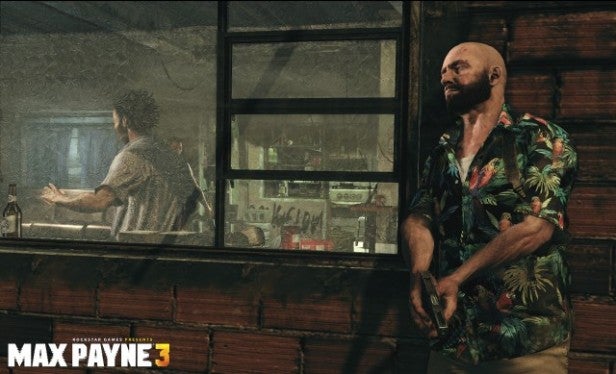 Verdict
Max Payne 3 isn’t up there with Rockstar’s best work, and there are signs of a great developer working just outside its comfort zone. Yet what Rockstar brings to Max Payne 3 – style, personality, cinematic cool – make it a more exciting and memorable experience than some other, more accomplished genre games. Like its hero, Max Payne 3 isn’t perfect, but when the bullets start flying that’s the last thing on your mind.