What is the Master Lock Smart Outdoor Padlock?

The name probably tells you what to expect: this is a padlock that can be unlocked via Bluetooth from an app on your phone. That means loads of people can be given the power to pop it open, and not a single one needs to remember a key or combination.

The Smart Outdoor Padlock is also weatherproofed, and since it’s made by one of the world’s biggest names in lock-making, you can be sure it’s tough as old nails – nails that were pretty tough even before they were old and have since been sent on an extreme boot camp involving swims in an icy lake, just to toughen them up some more.

A smaller indoor version is available, if you don’t need all that ruggedness.

This is a fair old chunk of lock – but you’d expect that, since it’s meant for outdoor use. The boron-alloy shackle’s thickness is around 9mm, which is pretty chubby, so obviously check that it’ll fit where you need it. The hasp-and-shackle fastening on one of my sheds was too small to attach it directly, but it was fine on the larger shed and on my greenhouse. 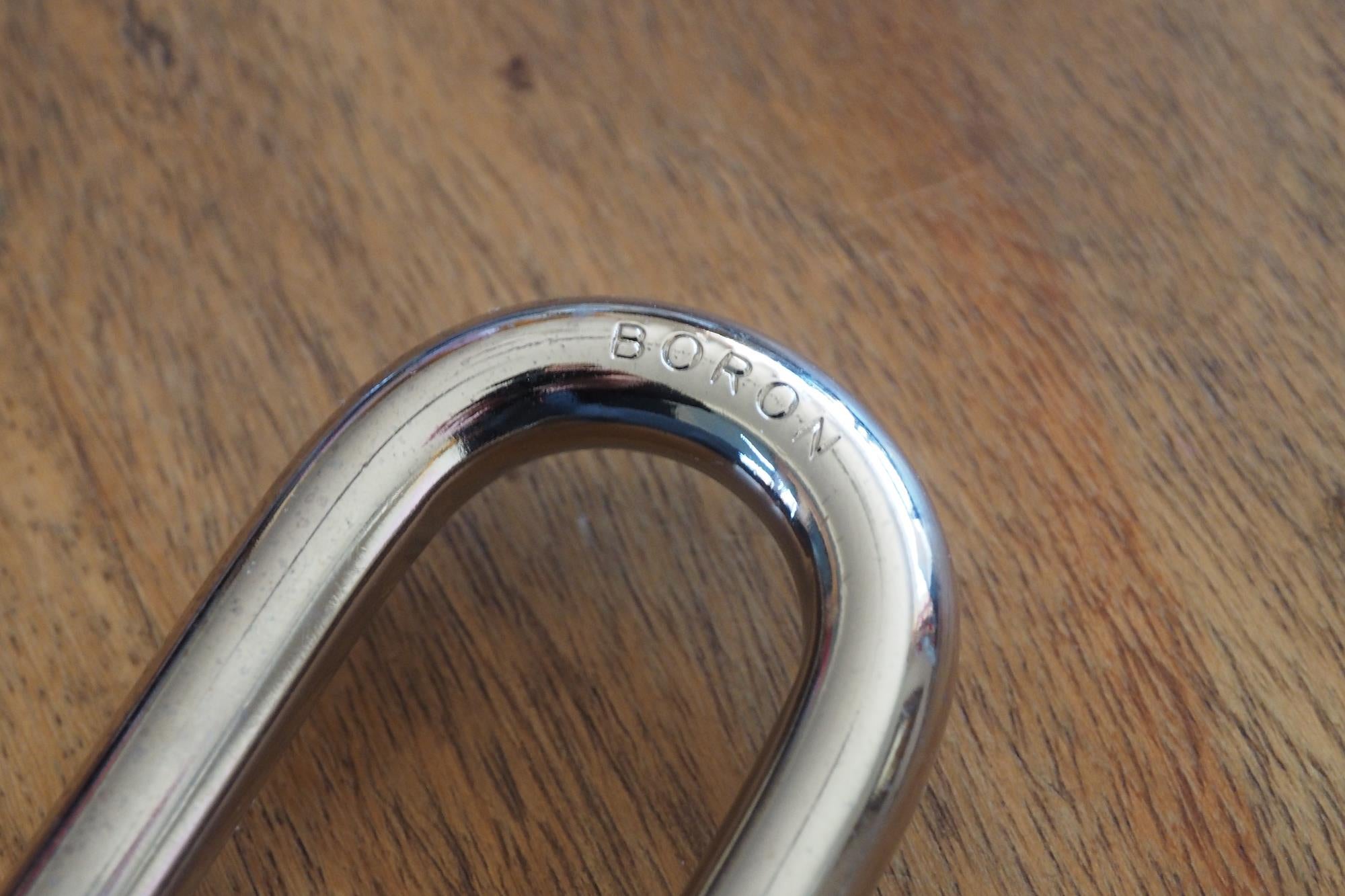 Vertical clearance from the top of the lock body to the shackle is 51mm and horizontal clearance is 23mm, so as long as you can accommodate the girth, there’s plenty of versatility for use with a variety of hasps and chains.

Weatherproofing of the lock’s body means its rubberised, with the bottom half of the rubber housing sliding off for access to the battery compartment. Within is a replaceable CR2 battery, but there’s also a battery jump built into the bottom, so a 9V battery can be attached to give temporary access if the CR2 dies.

On the front is a directional pad with a central button that’s lit by a multi-coloured LED. 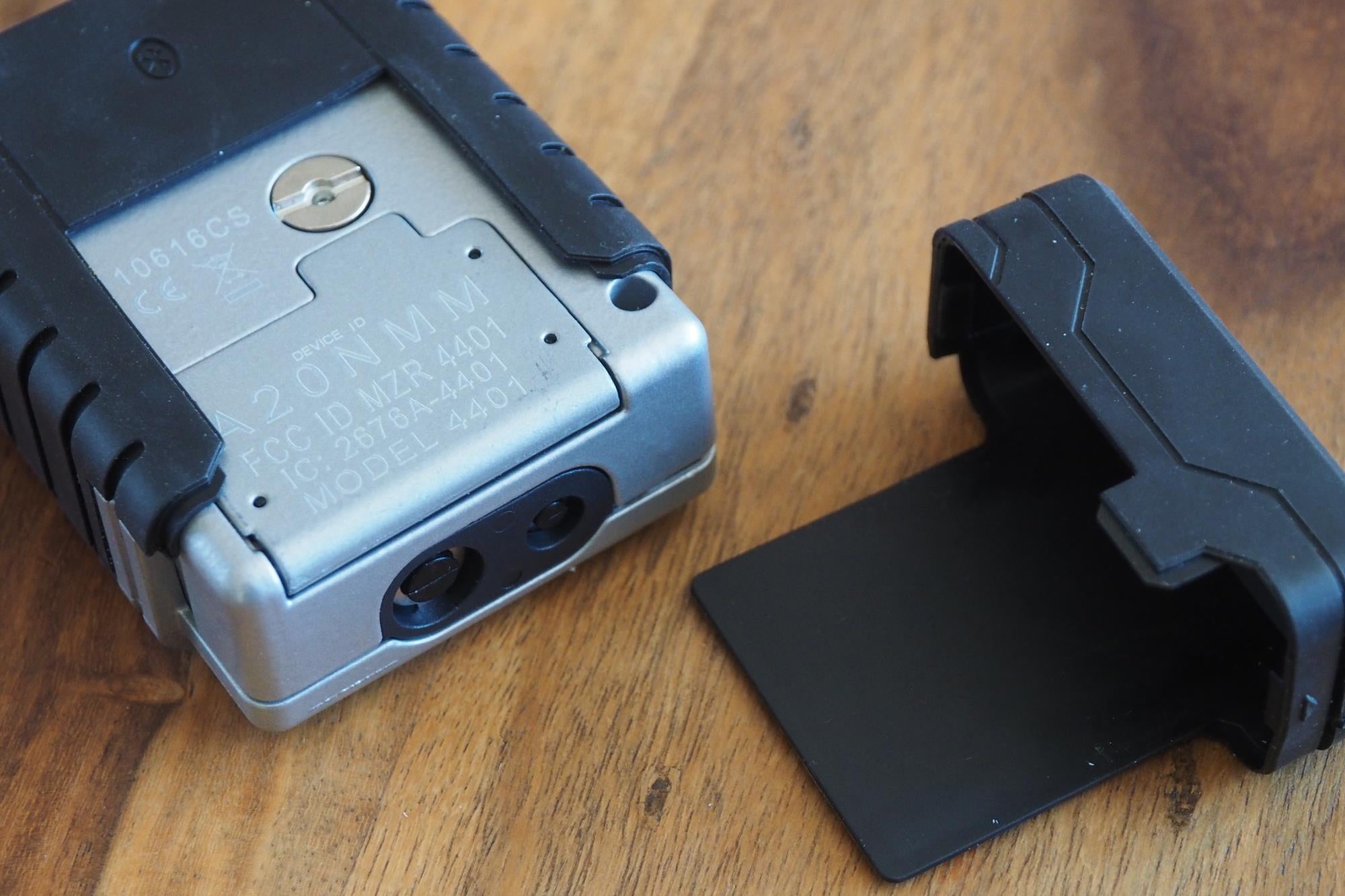 With the Master Lock Vault eLocks app downloaded, setting the Smart Outdoor Padlock up is fairly straightforward. You do need to register an account, though, and you’ll need the code from the instruction sheet. Probably best to tuck that away safely somewhere in case you need it again.

Once you’ve added the lock to your list in the app, things get even simpler. If you’re within Bluetooth range of the padlock, you can touch any button on the padlock to unlock it. The front LED goes green and, click, you’re in. Lovely. 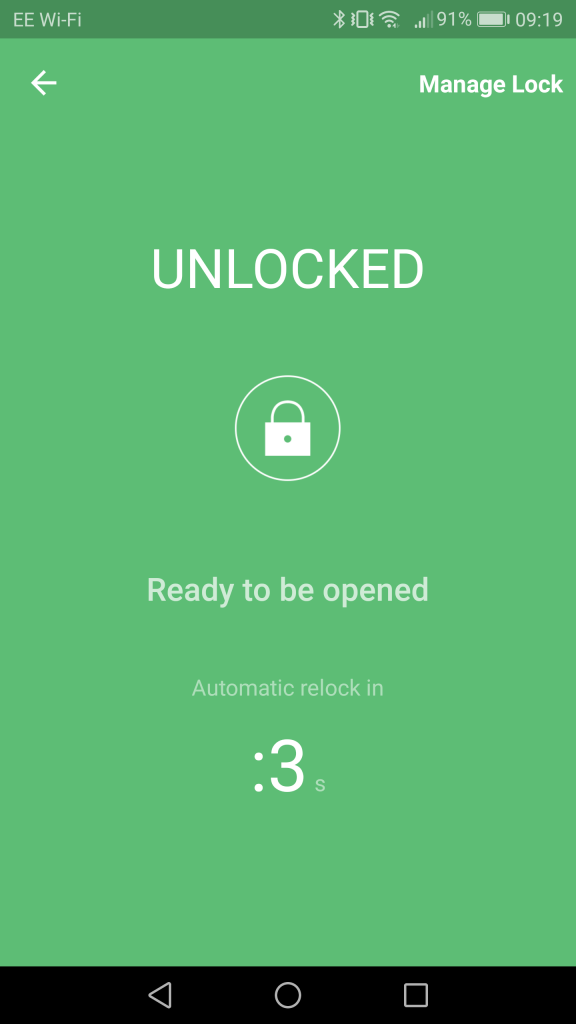 Ah, but what if you don’t want just anyone to be able to unlock it while you happen to be near? You can activate Locker Mode, which stops it being accessible until the mode’s disabled or you open it via the directional code that comes supplied with the padlock.

Speaking of which, the directional code is on the instruction sheet – another reason to make sure you don’t chuck that out – and it’s rather long and complex. It has to be, of course, but, frankly, it’s impossible to remember. Luckily it can be changed from within the app, so obviously you’ll be setting it to your favourite combo move from Street Fighter II, right? 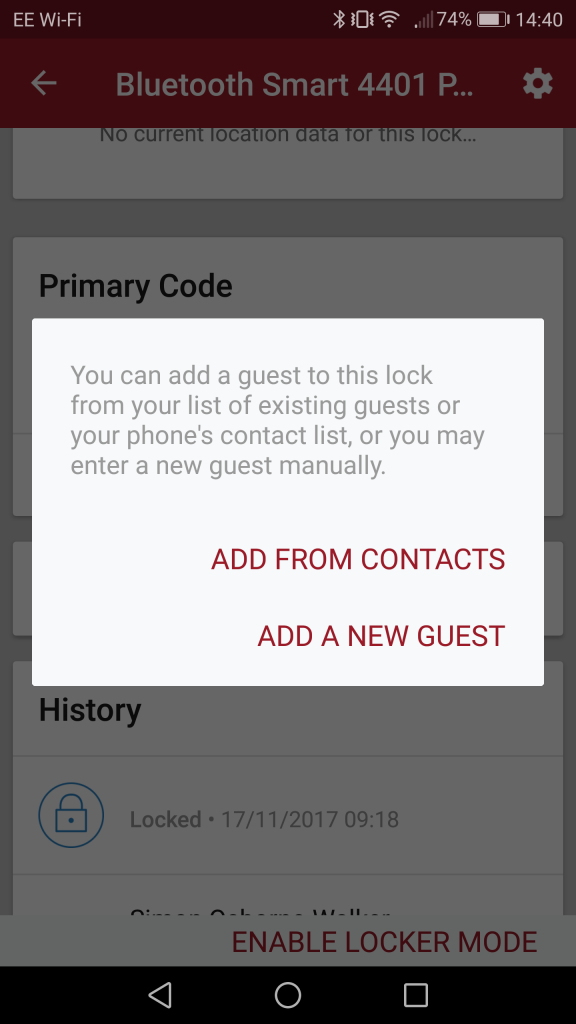 Adding a guest who can also be allowed to unlock the Smart Outdoor Padlock is similarly easy through the app, letting you add them straight from your contacts or by entering their name and email address. They obviously need to download the app and register, but that’s it.

The app also logs access history, so you’ll know who’s been unlocking it and when, and you’ll get tamper alerts if someone’s trying to jimmy it open. If you have GPS enabled on your phone when you unlock the padlock, the location will even be logged. Most usefully of all, of course, it warns you when the battery is getting low.

Battery life is claimed to be at least two years, but there’s that back-up battery jump if you need it.

All in all, the experience is very slick, and I’ve never once had any hiccups. Despite being outside in the wind, rain and sun for weeks, the padlock also still looks as good as new. 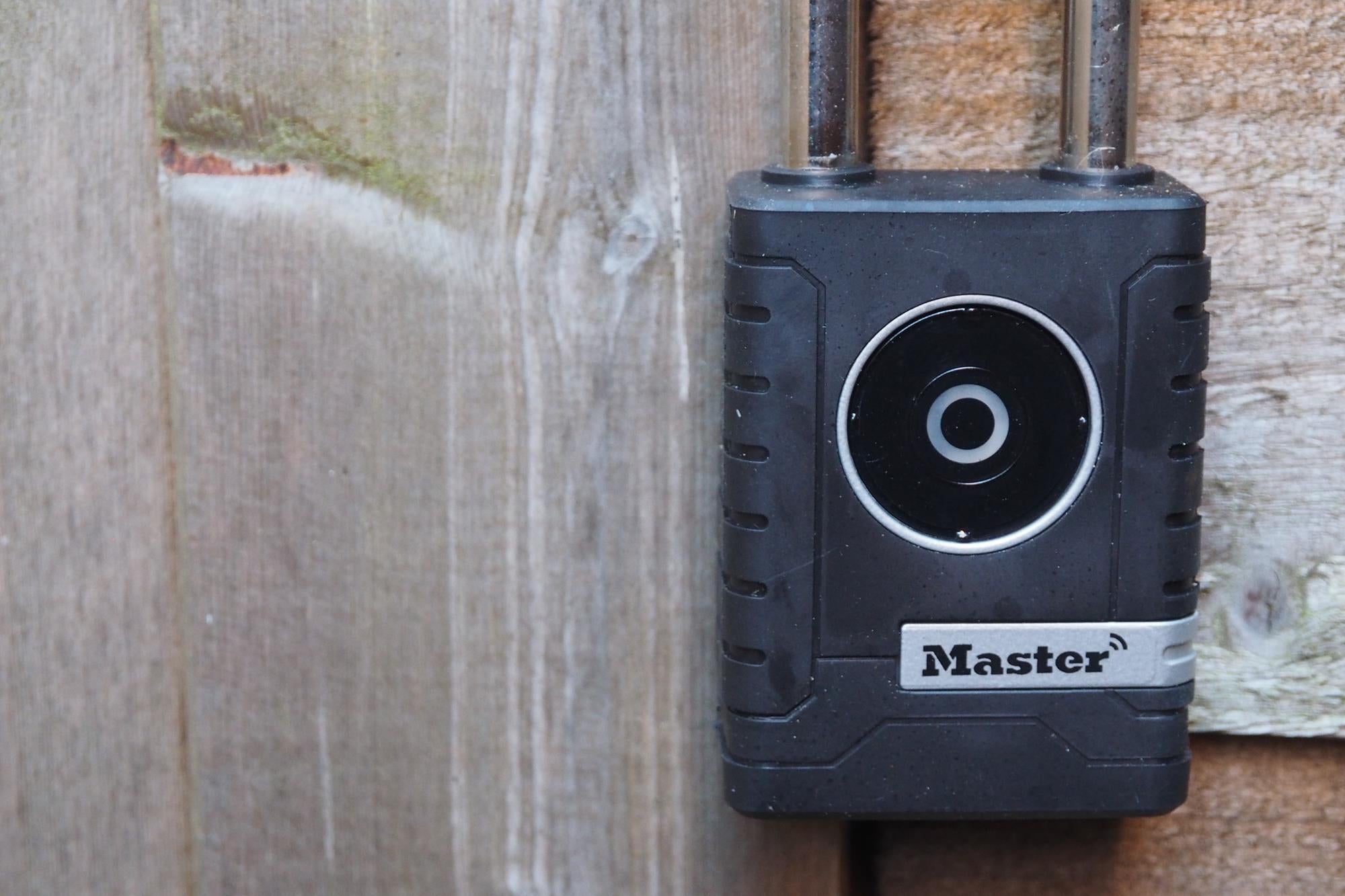 If you need a really rugged, secure padlock that needs to be accessed by multiple people, or just opened regularly, this makes life so very easy. It’s also built to Master Lock’s market-leading high standards, so you don’t have to worry about its toughness – and since the company’s been around since 1921, there’s a decent chance the software will be supported for years to come.

The only real downside is the steep price. However, you’re paying for convenience as well as potentially saving money on getting keys cut.