With its enviable reputation as an amplifier manufacturer unquestionably secure, Marshall is looking to extend its repertoire with the Marshall Major headphones and Marshall Minor earphones, the latter of which we’re looking at here. Combining a stylish design with Marshall’s audio expertise looks like a perfect match on paper; after all – if Dr Dre can do it with Monster and its Beats line-up, surely Marshall can match those efforts. 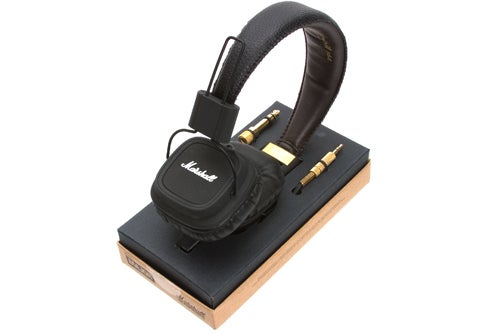 Certainly the Marshal Major headphones give a good first impression. The refreshingly plain cardboard packaging doesn’t make much effort to grab your attention and doesn’t hold anything but the headphones themselves and a 3.5mm to 6.25mm converter (so you can plug the Majors into your Marshall amp). The hope, therefore, is that all of the £90 asking price is going into giving you a high quality pair of headphones, not flashy box art and gimmicky accessories.


The Major’s matt black finish and faux-leather padding definitely looks the part. If you’re familiar with Marshall’s amps you’ll see the tribute Majors are paying (even the name references an amplifier introduced way back in ’67). We definitely like the look, and we’re not alone – wearing the Majors to a certain recent Apple we received more than a few favourable comments from other journalists; and this in a room full of iPads. 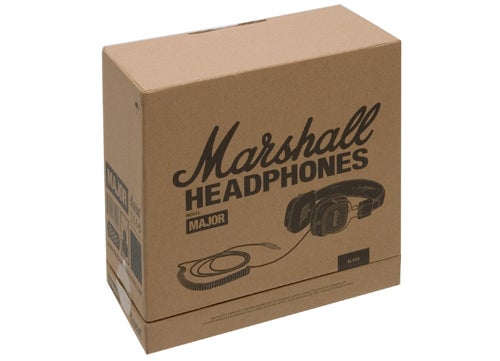 The design is practical too. Metal rails enable the earpieces to be adjusted to ensure a good fit. Furthermore, the ear cups to be folded inward making the Majors compact enough to be ported about easily and we even managed to cram our set into a largish jacket pocket. The kink-protector provided for the cable at the jack suggests that care and attention has been put into designing these headphones.

As good as that sounds, there’s one problem. Even though we’re not particularly big headed (at least literally, it not figuratively) the Marshall Majors felt pretty tight such that it only took an hour or so before our ears were giving in under the pressure. This is obviously not helped by the way the Major’s ear pads sit on, not around, your ears, but as other manufacturers have avoided such issues, we can only wish that Marshall would have too. 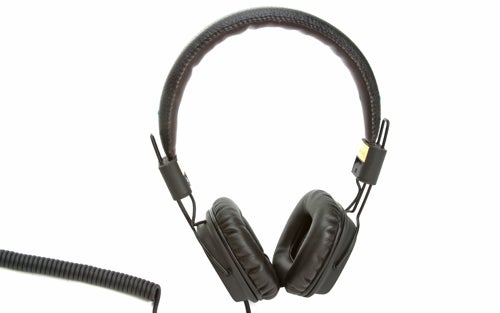 The cabling redeems the Major’s faults somewhat with its useful incorporation of a stretchy section. We’re prone to catching wires yanking mp3 players from our desk onto the floor and headphones from our heads – a problem the Majors give you a better chance of avoiding. Counter-balancing that, we wouldn’t have complained if the non-coiled section of cabling were a bit longer.


The discomfort is something of a problem for the Majors as there isn’t much of a shortage of headphones at this price point, such as Philips’ ‘The Stretch’ and Grado’s SR60 ‘phones, to name but two. Both of those are headphones that can be worn pretty much indefinitely, but more importantly audiophiles will almost certainly know the SR60’s infamous reputation for offering superb sound quality for their asking price. 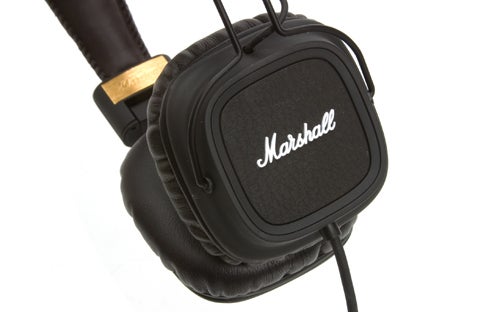 To their credit the Marshal Major headphones do sound pretty good for their asking price. Marshall’s heritage as a supplier of guitar amplifiers seems to shine through in the type of music they work best with. With albums including Tommy, by The Who, and The Kinks’ The Kinks Are the Village Green Preservation Society the Major’s are definitely in their element with searing guitar riffs the order of the day.

The low end of the Majors is probably the weakest point. Drums lack the impact you’d expect the to have, and if you’re into your Dubstep or Hip Hop, don’t expect to hear any baselines going out of control through the Marshal Major headphones (though we’ll admit, we’re not exactly sure what that would sound like anyway). 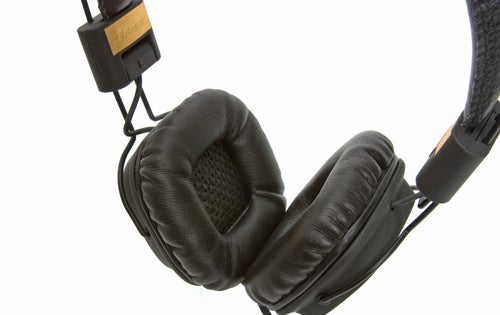 The high end doesn’t come through impeccably, but it’s not entirely disappointing, and there’s more detail up top than down below – so to speak. In some situations the mid and high end bias can work. Sacrificing our rock and roll credentials to a listen through Avril Lavigne’s Goodbye Lullaby we were able to hear plenty of detail and Avril’s vocals were nice and clear. And a run through of a few Louis Armstrong tracks proved that with suitibly funky the Majors can get you jiving so their certainly not a complete failure.


It’s also worth mentioning that the Majors seem to take a fair bit of driving. When hooked up to an iPod rather than our desktop DAC and amp setup they definitely sounded a little more anaemic. Switching to a Samsung Omnia 7 allowed us to get a more listenable volume level without cranking the dials up to 11, but it’s worth considering that your source device will need a reasonable amount of juice to get a good result from the Majors. 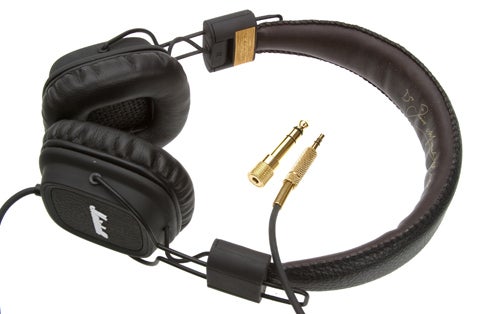 The problem is that the aforementioned Grado SR60s wipe the floor with the Majors with just about any type of music you could care to name, and if you shop around can be found for a good bit less money. The Grado’s aren’t as robustly built, and arguably aren’t as stylish, but if you want the best sound for the money, they’re the clear choice.


We like the robustness and useful folding design of the Marshall Major headphones, and they definitely look and sound pretty good. However, some issues with a getting a comfortable fit and the fact that better sounding alternatives are available for less money precludes a recommendation.