Hands-on with the Marshall Android smartphone

There’s not a lot of phones that look like the Marshall London. A glance at the specs sheet tells you it’s a 4.7-inch Android smartphone with mid-range specs. But there’s much more to the London. Talking to the software designer who worked on the London since its development over a year ago, I discovered that Marshall’s worked closely with Google to get the audio credentials of this iPhone 5-sized smartphone up to scratch. As a result, it’s packed to the rafters with kit that audiophiles are going to love.

But it’s the design that draws you to the London first. Its design inspiration is taken from the iconic Marshall amps, with a textured matte black finish on the back and gold trimmings on the ports, buttons and lovely volume dial on the right side of the phone. The plastic trim upsets the balance of the unique look somewhat, but it’s nice to hold, and not too heavy, if not particularly lavish. 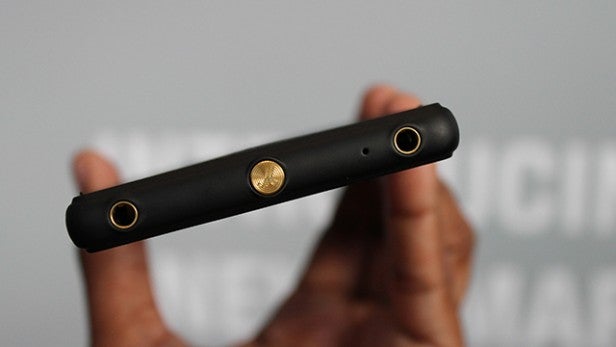 At the top are what look like two 3.5mm headphone jacks, but these actually function as dual inputs and outputs, so as well as being able to share listening with a friend, you can plug a mic in to record as well, which is a nice touch.

In between those is a gold ‘M’ button. When you press this, it’ll launch pretty much the only piece of Marshall software on the phone. This pulls you into the music interface where you can tap the button in the top corner and you’ll find shortcuts to all of your installed music services, whether that’s Spotify, Soundcloud or Tidal. The interface continues the gold theme and has a series of different features that can be activated from inside the software. You can set up a recording, adjust volume and access the Marshall dashboard. Here you’ll get a feed of localised gigs and concerts that will be tailored to your favourite music genres. 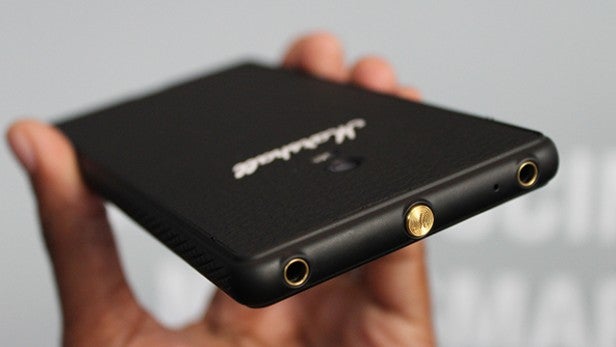 There’s also an equaliser and this is one of the most interesting features. Marshall is calling it a global equaliser that can help address the varying sound levels you get moving from a service like Spotify to something more mixed like Soundcloud. There’s a set of custom equaliser profiles as well and there’s even one for when you’re listening to music on YouTube.

There are more audio-related features, though. You’ve got two speakers above and below the screen, and for calls and recordings Marshall’s included dual noise-cancelling mics as well. A Wolfson WM8281 DAC lies beneath the exterior, giving you the ability to play lossless FLAC audio files. Considering it measures in at 9.8mm thick and weighs 148g, Marshall hasn’t had to make this a seriously bulky phone to accommodate the hardware. 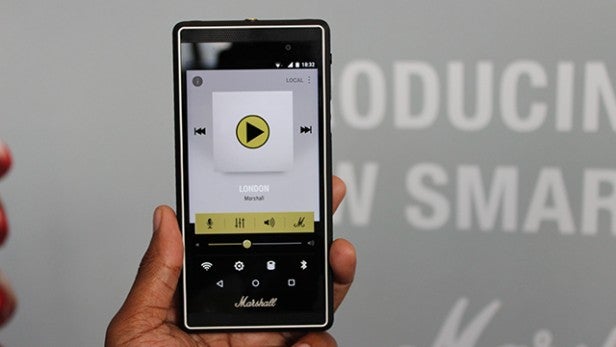 In terms of core smartphone features, there’s perhaps not so much to get excited about. The 4.7-inch screen is 720p HD, so it’s not class leading but looked decent to me. The London is running Android 5.0 Lollipop but there are no real signs of bloatware or an attempt to overwhelm it with software you’re inevitably going to want to ditch. 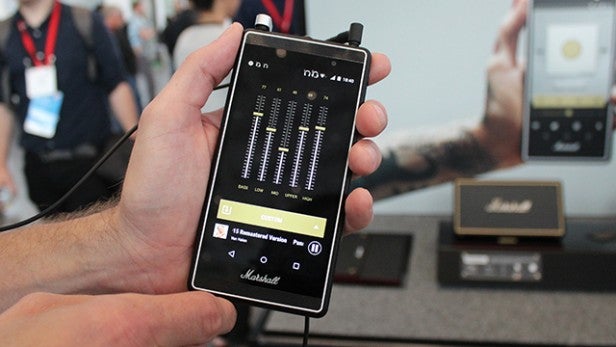 There’s a Snapdragon 400 processor, which sounds somewhat surprising, but I was told that the decision was made based on the overheating issues with the 615 and 810 Qualcomm chipsets. There’s 2GB of RAM and 16GB of onboard storage, with a microSD card slot hidden in the back. This is where you’ll also find a removable 2500mAh battery on which Marshall has added a nice little message. 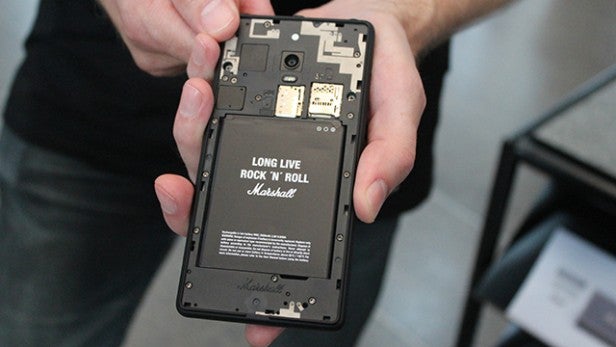 There’s an 8-megapixel camera with a flash around the back and a
2-megapixel up front for your selfies. You can expect all of the usual
connectivity options, including Bluetooth 4.0 Smart to connect a pair of
wireless headphones.

If you love music, the London offers plenty to be impressed by, and I’m not just talking about that design. If you keep in mind that this is a £400 Android smartphone and take a look at the specs, you might be less enamoured. Will that processor be able to keep things running smoothly in the long term? It’s questionable. What I do know is that there’s nothing else like the London and it’s guaranteed to strike a chord with anyone who loves Marshall and can accept living with a not-quite-cutting-edge smartphone.