Having taken its Major headphones for a spin, it seems only right to give Marshall’s Minor earphones a similar trial. Sporting a sub-£50 price tag, an outwardly attractive design, and Marshall branding suggesting quality internals the Minors should have a winning formula. But as is so often the case, things not quite that clear cut. 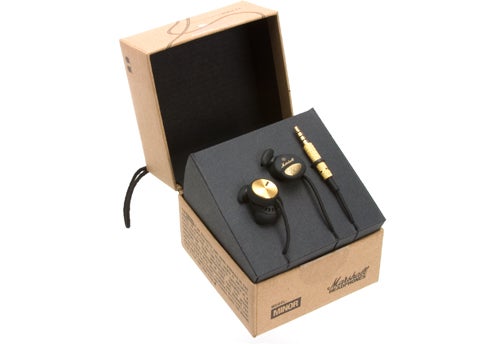 Like the Majors, the Minors are packaged nicely, with a clever ‘hinge’ mechanism tilting the earphones up and toward you slightly – it’s rather thoughtful for something that will be seen once then disposed of. There’s only one accessory included with the Minors, in the form of a short 3.5mm extension cable that lets the earphones work with devices that don’t play well with in-line remotes.


That, of course, betrays the fact that the Minors have an in-line remote. This works as you’d expect and has a particularly nice, solid click to it. However, contrary to every pair of earphones in our memory the remote is on the left-side cable, not the right, which is just plain wrong. On the plus side, the cabling is quite thin, but braided so that it feels very sturdy.


Aesthetically we can’t fault the Minor earphones. The combination of black plastic and gold-coloured metal is a definite success. The concentric circles engraved into the metal backing catch the light nicely. If a pretty face is enough to tempt you to part with £50 of your hard-eared then the Marshal Minor’s will suit you well.

Those less concerned with looks would do well to know that a criticism we made of the Marshal Major headphones carries over to the Minor earphones, in that these, too, proved a little uncomfortable to us. We tend not to like most earphones at the best of times, with canalphones being our preference, and though the Minors are better than the likes of Apple’s God-awful bundled ‘phones, they fared no better. Even the provision of adjustable spacers, to try and let you tweak the size of the earpiece to better the particular size and shape of your ears didn’t do much for us.

Admittedly, after a few days of use we became more accustomed to the fit and could at least go a couple of hours without the Minors becoming painful to wear – which they were initially. Again, we should point out that the Minor’s aren’t unique here, not that such a defence is much use. We are open to the idea that we have abnormal ears, and that others’ will prove more accommodating to the Minors, but think it unlikely. 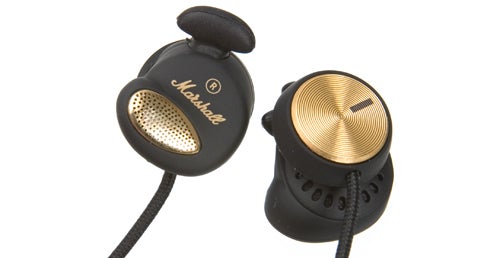 We don’t think anyone could prove immune to the worst issue the Minors have, which is that they offer very little noise isolation. Because the earpieces sit away from your canal, there’s plenty of space for external noise to infiltrate. Even with music playing quite loudly we had no problem hearing colleagues chatting or the clatter of our keyboard, which proved quite distracting. Wear the Minors on a busy bus or tube and you’re guaranteed to get annoyed by the intrusion of noise from your fellow passengers.


To their credit, the Minor earphones’ audio quality can’t be faulted for their price. The large body has the advantage that it can fit a large driver, which physics dictates makes it easier to get a good reproduction from. On phone calls this means clear, easily audible conversations – and the lack of complaints from any recipients assured us the microphone is good, too. But it’s with music that the sound quality really matters, and that we were impressed by the Minors. 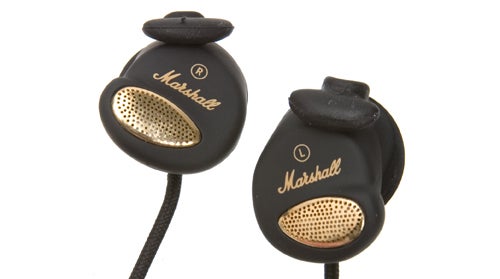 For a start, the level of clarity is very good, with plenty of detail coming through listening to the likes of Frou Frou and Peter Gregson. Female vocals benefit from the crisp high end, and guitars from the similar mid-range. We particularly appreciated the bass balance, with the low-end filling in well, without becoming overpowering. The result is that drums, woodwind instruments, and the deeper strings (think cello not viola) have plenty of presence, but don’t overpower the soundstage. Whether listening to Wagner, Little Axe or Nine Inch Nails the Minors sound every bit as good as you could expect for under £50.


As earphones go the Minors are up among the best we’ve listened to. If you’re among the many who simply won’t or can’t cope with sticking anything into your ear canal, therefore, you would do well to give the Minors an audition. Just be aware that you may find, like us, that the fit isn’t comfortable for long periods of time.