What is the Magimix Patissier Multifunction?

Bringing together the versatility and power of a food processor with the capabilities of a stand mixer, the Patissier Multifunction kitchen machine is billed as a cook’s must-have appliance. Using its 4.9-litre capacity Patisserie bowl, it promises to kneed up to 1.6kg of bread dough (around two full-sized loaves) in less than a minute and whip up to 12 egg whites using a specially designed whisk attachment that creates stiffer meringues with more volume.

Three food processor bowls handle a variety of other tasks, including slicing, grating, chopping, emulsifying sauces and blending, while a BlenderMix ring, which sits inside the processor’s main bowl, is designed to make velvety velouté soups, smoothies and pancake batters. It also comes with a book of 230 baking and pastry-based recipes. 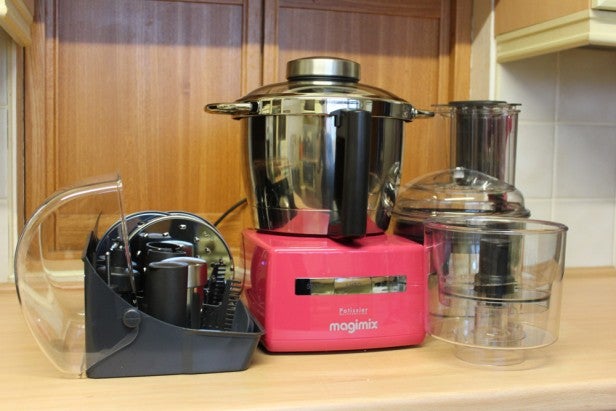 Magimix is well known for offering appliances in a rainbow of colours and the Pâtissier Multifunction is no different, with Vanille, Framboise, Red, Black or Satin versions. With its processing bowl in place, which has a matching trim and handle, its shape resembles a standard food processor with a modest square base unit and clear, named function buttons (Auto, Stop and Pulse).

Attaching the Patisserie bowl, however, transforms it into an appliance that’s fundamentally a compact, inverted stand mixer, complete with a dough blade that kneeds with a dynamic motion or a full-extension whisk attachment. Its lid fulfills the role of splashguard, while a removable cap allows ingredients to be added during mixing. 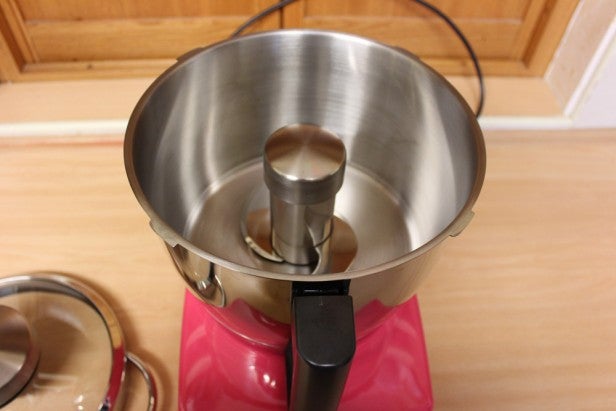 Beyond its multiple bowls, the Pâtissier Multifunction comes with plenty of discs and attachments to try, including a Sabatier knife blade, which can all be neatly stowed in a storage box. Most are only compatible with one of the bowls, but Magimix has taken the guesswork out of what speed each should run at by exchanging a variable control for its Auto button, which adapts the speed to the task. A Pulse button gives extra control over the final consistency. 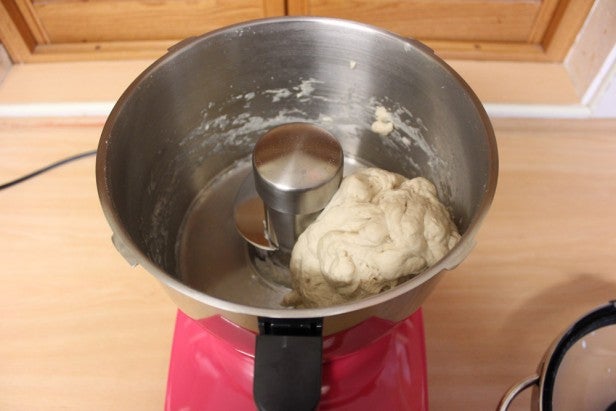 There are a fair number of attachments, so putting the Pâtissier Multifunction together requires practice initially. We started by making bread in the Patisserie bowl with the dough blade. After adding the ingredients and twisting on the lid, we set the machine on Auto. Following some initial spinning, the mixture came together in less than a minute, the design of the blade helping to rotate and kneed it effectively around the bowl to create firm, pliable dough. While the kneeding motion made the machine rock a little, it stayed steady on the worktop. The resulting bread was light with a crisp, golden crust after baking.

Next, we made waffle batter using the food processor bowl and Sabatier stainless-steel blade with the BlenderMix ring. This was processed quickly, the BlenderMix helping to direct the batter back into the bowl while aerating it. The mixture was beautifully smooth, with no lumps of butter or flour remaining. It cooked evenly and thoroughly in a waffle iron. 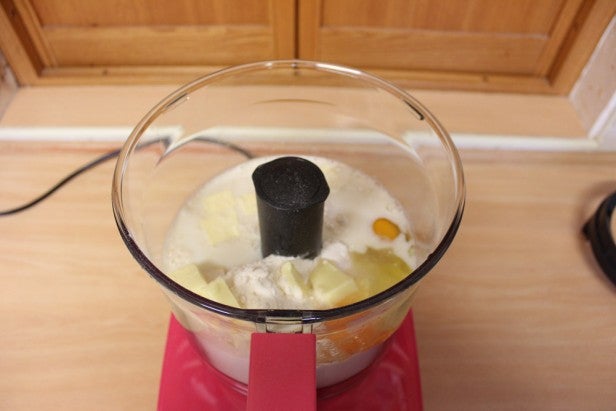 Trying the food processor without the BlenderMix but still with the knife blade, we added the ingredients for a sponge cake. This was a messier recipe than the batter and needed a few scrapes down as it mixed but the supplied spatula was perfect for the job, accessing all parts of the bowl. Finishing with a few pulses to incorporate some extra air, the final cake mix was just as thoroughly combined as when made in a stand mixer, if quite thick. However, the sponge rose impressively and had a light, airy texture.

Finally, we made a chocolate mousse to see how well the whisk attachment would perform. Placing five egg whites into the Patisserie bowl and removing the cap from the lid to incorporate more air, we set the machine on Auto for five minutes. After the first few minutes, the egg whites had turned into a creamy mass, gradually doubling in volume. Tipping the bowl upside down, the whites stayed firm and set, while the finished mousse had a velvety texture. 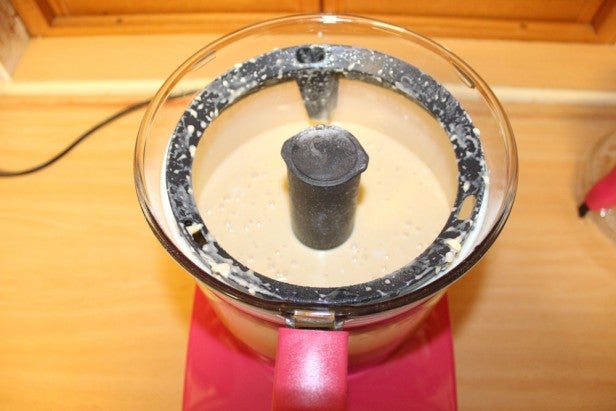 Should I buy the Magimix Patissier Multifunction?

It’s a costly bit of kit but you’ll find plenty of justification for the price in the Patissier Multifunction. Not only does it bring together the functionality of two machines, it also boasts some of their best features, uniting the compact base of a food processor with the colourful appeal of a high-end stand mixer. It’s probably not a beginner’s buy, and it’ll have to live on your worktop given that it weighs around 13kg, but a keen cook will find it incredibly useful for everyday food prep tasks as well as volume baking.

Forgo the visual appeal of a stand mixer and you’ll be rewarded with a whole toybox of tools, robust construction and versatile capacity.