Oh dear. On the one hand, Lost: The Video Game isn’t anywhere near as bad as it might have been. On the other, most of what worried me when I previewed the game back in January has appeared, plus a little bit more besides. This is a graphic adventure game that captures some of the magic and mystery of the TV show, but one that does so despite the gameplay rather than because of it. 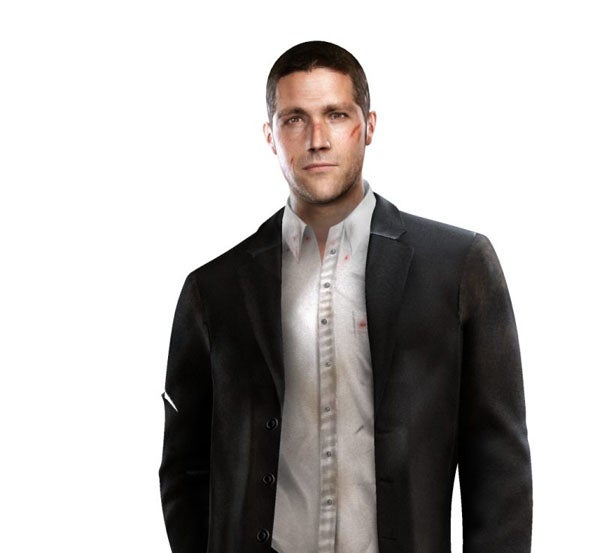 As you might remember if you read the preview, the game focuses on a new character – an amnesiac photo-journalist – who slots into the action during seasons one and two of the series. As the game progresses, our hero discovers his name (Elliott) and then his history through a number of interactive flashbacks. In the meantime, he’s occupied by his own present-day quest to escape the island, getting help from the likes of Jack, Kate, Hurley and Locke while having dangerous encounters with the black smoke and those nasty Others. It’s all been ingeniously put together so that Elliott can interact with cast regulars and explore such important Lost locations as the Swan Hatch, the caves, The Black Rock and the Hydra station, yet without interfering with the flow of the Lost narrative as we know it. Lost: The Video Game ties into the series enough to feel a part of it but never does anything to disrupt it. I suspect this took quite a lot of work. 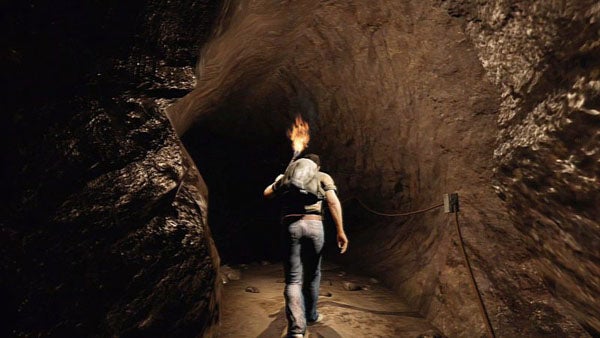 And making you feel part of the series is one of the game’s biggest strengths. Lost: The Video Game reminds me of the game of 24 that came out a couple of years ago, in that it employs all the titles, traits and stylistic tics of the series to make each of the game’s seven chapters seem like a mini episode of the programme. Ubisoft has done this perfectly, kicking off each potion with a ‘Previously’ recap, hitting you with the Lost title after a surprise or shock, then fading out with the end title and that unforgettable dissonant brass slide after the obligatory cliff-hanger. In fact, the music all round is superbly used, probably doing more than any other element to convince you that the game is part of the experience of the show. 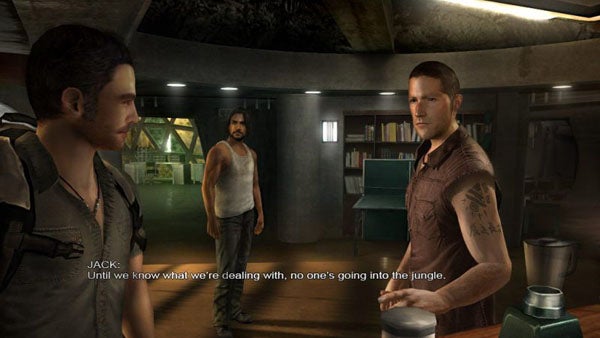 What’s more, Lost: The Video Game makes the most of the show’s exotic setting. Neither the jungle environments nor the character animation is going to rival Uncharted for visual splendour, but Lost generally looks as slick and cinematic as you would hope for a game based on such a huge TV show. Admittedly, things go a little awry with those well known characters. While the models are convincing from a still image, the animation is a bit wooden, the eyes are glassy and the faces can be worryingly devoid of expression. If this were the game of, say, Primeval, this wouldn’t be a problem but – come on guys – this is the game of Lost! And couldn’t Ubisoft have stumped up enough cash to get in every key member of the original cast? The voices for Jack, Sawyer, Kate and Locke are reasonably convincing, but Charlie is borderline awful and there’s still the odd moment where things don’t quite gel.

Which brings us neatly to one of the reasons why the game doesn’t work – interaction. We were promised a lot of interaction with the characters, and to a certain extent we get it. Jack barks orders at you, Sayid gets threatening, you can trade with Sawyer or have Locke act as your guru and your guide. The problem is that it’s all very superficial. Either you’re just using the most appropriate question to get the answer that will take you to the next step of the plot, or you’re involved in a set of very simple queries, statements and responses that repeat and loop without any sense of real dialogue happening. The decision to avoid branching dialogue might have kept development time and expense down, but it’s cost the game a lot of heart and soul. It’s also disappointing that the other characters are so rarely – and even then so poorly – integrated into the game’s puzzles and action sequences. Lost is a show in which characters work together (or against each other) to achieve specific goals. Why, then, not the game? Was it just too difficult? Did it require too much imagination? 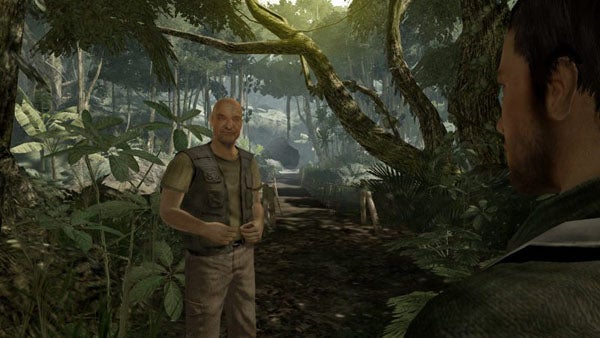 Imagination. I hate to say it, but imagination seems to have been lacking all round. Forget complex or interesting puzzles; for the most part we’re back to the stuff of getting hold of torches so that we can make it through a cave or finding specific items so we can make it through a door. I guess the puzzles are more realistic than the convoluted efforts found in other adventure games, but they’re also a little obvious and dull. To add a little difficulty, Ubisoft’s team has packed each chapter with one or more fusebox puzzles, where you’re trying out different combinations and arrangements of fuses in order to get working voltage values on a number of gauges. Think of a version of Bioshock where there’s less shooting mutants and less messing around with plasmids and an awful lot more hacking, and you might just get an idea of how entertaining – or not – this is. 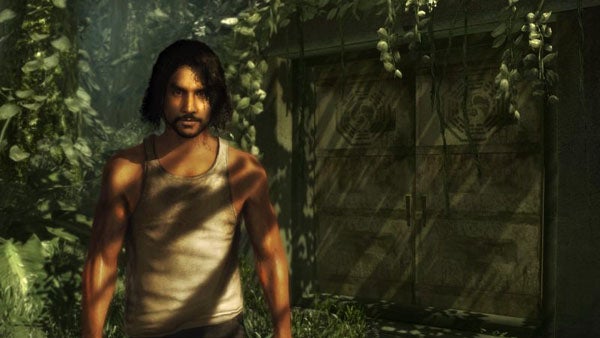 It’s not that there aren’t action sequences packed in there too, but these are either incredibly simple or hideously frustrating. The former isn’t really a criticism when you think of this as a game for a casual audience, but the latter definitely is. When I’m already struggling to evade the notorious black smoke – hello, sudden death! – I don’t really need to be fighting confusing scenery (is that a path or not?) or abrupt changes of camera angle (which way am I looking now?) In fact, bizarre design decisions are a frequent issue. Why do torches burn down so quickly? Why do you die when they do? Why does taking a photograph from one angle trigger an event while taking the same object from another angle not? Wouldn’t it be nice to get some warning that using a computer or going near a piece of wreckage could cause your imminent demise? 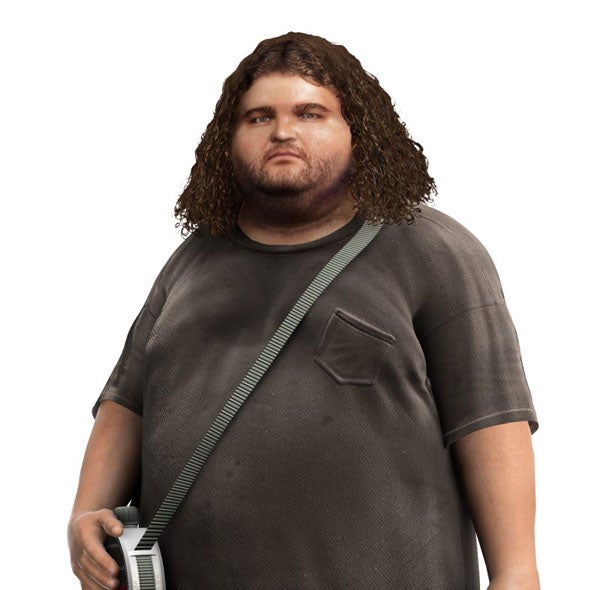 On the more positive side, the game does have other strong points. The flashbacks really are quite entertaining. First you use your camera to get the perfect shot that will crystallise a memory, and then you can explore that memory in more detail to fill in the gruesome details of your murky past. As in the show, the flashback plot can be more interesting than the current events, and kudos goes to Ubisoft for finding Elliott a back story that holds your attention and feels part of what you might expect from Lost. In the end, throughout the ropey puzzles and the frustrating action sequences, it’s the narrative and the strong atmosphere that will keep you pushing through. Even when the game itself isn’t that engaging, somehow the whole Lost experience makes up for it. 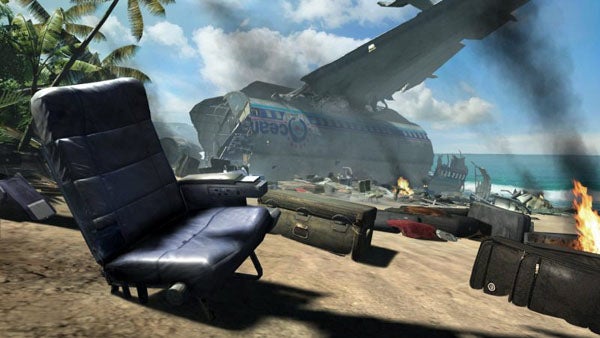 All the same, it’s hard to recommend that you and even Lost obsessives buy the game, simply because you can easily hack through it in five or six hours and – at £30 – that isn’t a lot of bang for buck. I don’t mind praising a £40 game when it delivers eight hours of sheer genius, but that isn’t the case with Lost. If you still want to get it, here’s a simple test. If you got Sky to watch Lost or paid £40+ for the season three box set, then please go ahead with my blessing. If not, rent it and enjoy it while it lasts, then be glad that you didn’t spend more of your cash on this sometimes fine but mostly flawed attempt to bring the show to video game life.


Lost: The Video Game is better at being Lost than it is at being a video game. While it faithfully captures the look and feel of the show, the game is too short, too uninspired and too frustrating to match up.