There’s no denying that the iPod is the de-facto digital audio player right now and if you want to quickly and conveniently share the music on it you’re spoilt for choice with numerous speaker docks available, such as the Acoustic Authority iRhythm set we reviewed here. However, these are all tailor-made for the iPod so if you’ve got a digital music player from a different brand, such as the Creative Zen Vision: M you’re out of luck. Not so with the, Logitech Wireless Music System for iPod/mp3, which as its name suggests, will work with any music playing device that features a standard 3.5mm input jack. 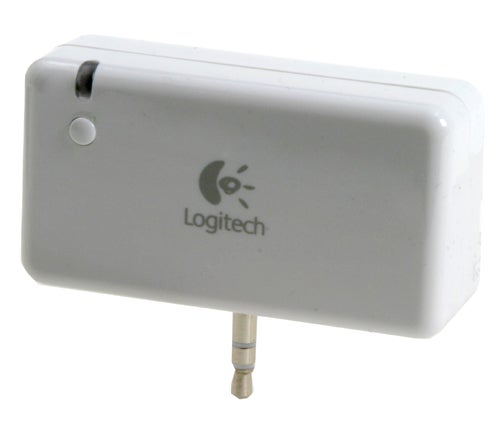 The concept of a sending music from your iPod wirelessly is not new. The Griffin iTrip and other similar products do the same but they work by broadcasting an FM signal, which a) produces relatively poor sounding interference prone audio and b) is officially illegal in the UK. The Logitech Wireless system however, employs Bluetooth, which in its 1.2 guise is capable of streaming audio comfortably.


Logitech claims that its system is simple to set up and it’s not wrong. The package contains two main parts. The first is a small white box. This is the transmitter and sits on top of your iPod or other player. It’s white and obviously designed to match the styling of the iPod, so won’t match if you’ve got a black one. But the black and white contrasts well so it’s not necessarily a style killer.


The jack on the underneath of the box can be slid from the centre to the side depending on where the headphone socket on your device is located. However, on the 5th Gen iPod used for testing, the transmitter flopped down unless the iPod was held upright.


The transmitter won’t drain your iPod battery as it contains its own and will turn itself off if it doesn’t detect a input signal. It has its own charger with a small plug on the side – an orange light indicates a charge, which turns off when charging is complete. 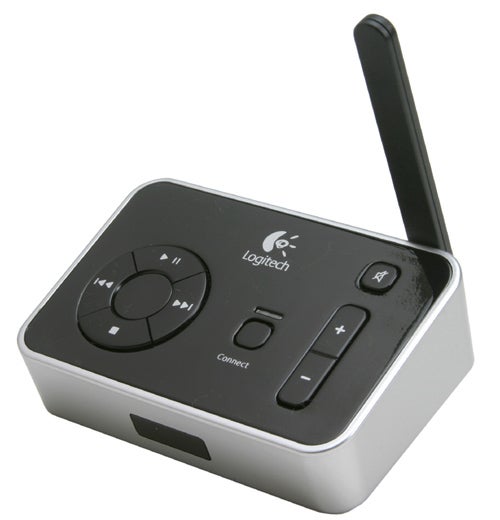 It’s activated by holding down a button, though this is rather small and fiddly and I needed to use my nail to get it to depress. This glows red then switches to blue once it has established a connection to the receiver, which occurs immediately.


The receiver part is a small black box with an aerial at the rear that can be angled upwards. If it seems odd to colour the transmitter white and the receiver black I wuld imagine that it’s because most iPods are white and most hi-fi equipment is black so there is some logic there.

The receiver contains twin phono outputs and a mini-jack output so you can either hook it up to an amplifier or to powered speakers. A switch on the back can be moved between Fixed and Variable. The latter is used for systems that don’t have their own volume control but in the main you’ll be using Fixed, which outputs a full line-out signal. The receiver has a number of buttons on the top, but none of these, save for the Connect and Mute control, will do anything, unless you have one of Logitech’s Music Anywhere products. The receiver requires power so you’ll need to find a spare socket for a wall plug near your stereo.


When plugged in the first time all you need to do is pair the transmitter and receiver, which is simply done by pressing and holding down the connect button on the receiver. The light above this button flashes red when trying to connect, a solid red if the connection fails and a solid blue when connected. The only time I ever saw a solid red was because I hadn’t turned actually on the transmitter. Once it is on it connects immediately every time. Press play on your device and music will stream out of your speakers. Neat.


As soon as this happened I was immediately impressed, first by the ease of set-up and secondly by the sound quality. With no settings or information to enter, it’s essentially plug-and-play. 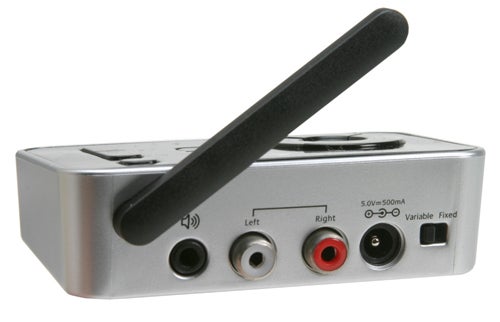 I tested the system by hooking up first to my separates amplifier in the lounge and later to a mini-system in the bedroom. My first impressions of the sound quality was that it was pleasingly strong, with no hiss, fade, or other nonsense that you get from the FM transmitters.


I normally connect my iPod to my amp by a mini-jack to phone connector and I was keen to see if I could discern any difference in sound quality. Sitting down and conducting A/B testing, using a variety of music ranging from bass heavy to primarily vocal, the wireless Logitech sounded that bit more compressed compared to the physical connection. There was a slight loss of response at the high end and even more so at the low end, with bass sounding that bit lighter and woollier.


I have to stress though that it wasn’t a night and day situation, and I had to listen carefully to detect these differences. I would say that it was less of a difference than there is between a 128Kb MP3 file and 192Kb one, so if you have trouble telling between those then you’ll be perfectly happy with the sound quality from the Logitech Wireless system. Of course, if you’re truly concerned about quality then what are you doing listening to compressed music anyway? For casual listening then, the Logitech does a more than good enough job.

Certainly the convenience factor is of crucial importance here. While there are numerous docks available for the iPod, with this system the remote is the player itself giving you full control. In terms of range I found it worked throughout my house. I left the iPod in the kitchen and the music still played loud and clear in the bedroom. That said I don’t live in a mansion, so if you are ‘To the Manor Born’ you may encounter range limitations.


In that case you might want to buy additional receivers for other stereos. While this is possible you might not be satisfied with that solution as yYou can only have one transmitter and receiver connected at one time and you have to manually pair them each time which is a bit clunky. 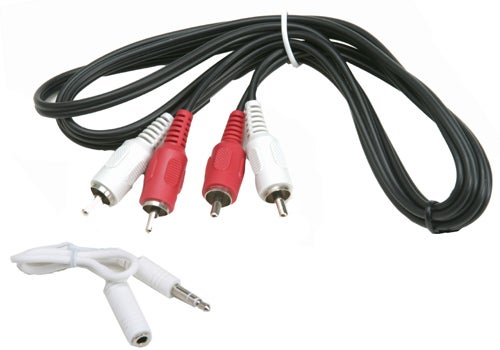 The only other issue I have is the price, which is just over £65 on Amazon but that compares well with something like the Kensington Stereo Dock and Remote for the iPod, available at the Apple online store.


A good product then but I do think Logitech needs to come up with a more elegant design for the transmitter so that it doesn’t flop embarrassingly from the top of an iPod.


The Logitech Wireless Music System for iPod/mp3 works very well. Sound quality is almost as good as a wired connection and delivers clear interference free music throughout the house. It’s a shame that it doesn’t attach firmly to the top of an iPod but its performance means it just about justifies its price tag.