Only a little while ago, Logitech walked away with yet another Recommended Award for its excellent Cordless Desktop Wave Pro mouse and keyboard set. But the sad reality is that not everyone can afford to spend £72 on peripherals. Naturally, Logitech also caters for the budget end of the peripheral market, and one of its latest entries is the S520 Cordless Desktop. 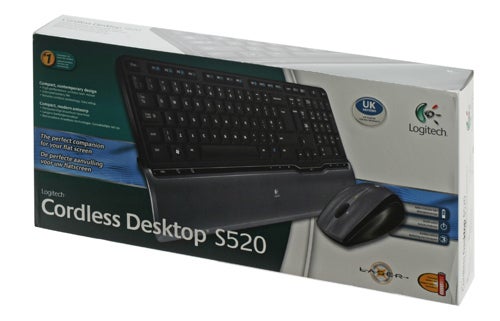 The S520 combines the keyboard of the same name with an LX5 laser mouse. On opening the package, the first concession to price that is immediately apparent is in the receiver: instead of the slim USB dongle we’ve come to expect, here you’ll find a large wired base station hearkening back to the days of the company’s MX3200 keyboard and mouse. At least it’s a very attractive curved glossy black unit, with a small rubber ‘connect’ button and green LED indicators for Caps Lock and signal.

The mouse also shows up the set’s budget nature. It’s an incredibly simple and basic model sporting a combination of black and dark gray-silver. No sign of curvy thumb-rests or rubberized sections here, though at least the LX5’s symmetrical shape does mean it’s equally suited to both right and left-handed users. Despite this, it’s actually quite comfortable, with indents in the buttons and at the sides. 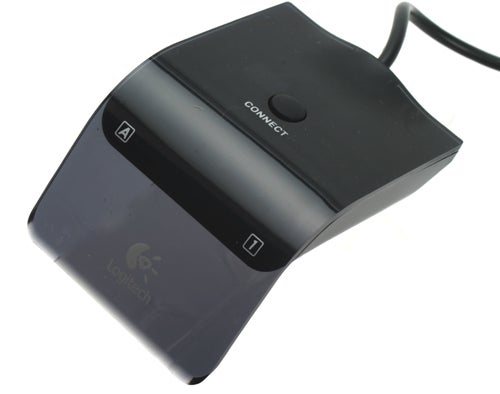 Speaking of buttons, this is another area where Logitech has cut back, with only the two standard ones being present plus of course a clickable scroll wheel. The rubberized wheel is also four-directional, though as you might have guessed there’s no sign of Logitech’s excellent Micro-Gear scrolling technology. As always with the company’s mice, button feedback is good, and the wheel offers notched feedback so could be used for light FPS gaming in a pinch. 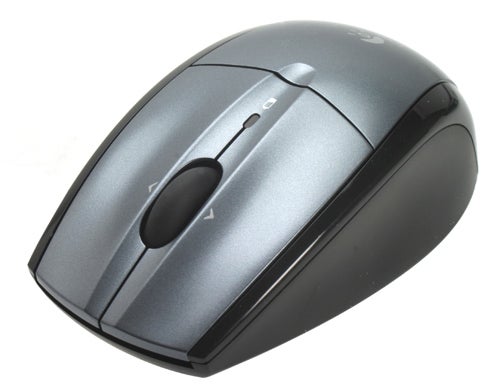 The LX5 glides along smoothly on almost any surface thanks to four broad Teflon feet. On the bottom are ‘connect’ and ‘on/off’ buttons, along with a catch that releases part of the mouse’s top so that you can insert AA batteries. It is unfortunate that this mouse doesn’t use a rechargeable system, but not only can you insert your own, Logitech claims an impressive eight-month battery life.

Getting onto the spill-resistant keyboard, it gives the impression of being the most compact Logitech model we’ve had through here in a while, thanks to the incredibly narrow space around the keys and lack of media and shortcut buttons above or to the sides of them. In fact, it’s about six centimetres shorter than the Wave, although the silver-blue wrist-rest extends outward by about half a centimetre on each side making the total width 43.5cm. Overall, the look of matte black typing area and surround with the distinct and broader wrist-rest makes for an unusual but attractive look.

Key layout is very compact. Logitech’s signature right-Fn button makes a welcome return to give secondary functions to the F1-12 keys. Just above the number pad are a handy calculator shortcut button and a battery indicator whose secondary function is as a power button. As mentioned, multimedia and shortcut buttons (which include zoom, volume and play/pause/skip controls) aren’t arranged along the top or sides. Instead these are cleverly integrated onto a narrow glossy strip between the key area and wrist-rest. 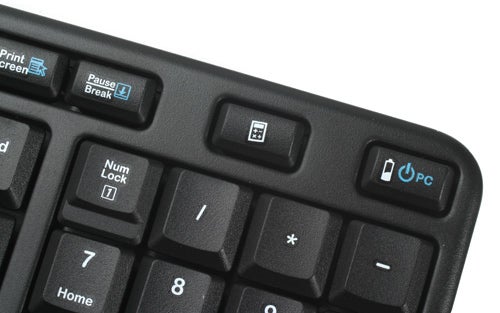 In terms of feedback, the S520 keyboard is a pleasure to use. The low-profile keys feel a bit lighter than on more expensive models, but offer a good amount of travel and very positive response, with that definitive feel essential for vast amounts of typing. Their matte texture is also pleasant and prevents slippage. The keyboard is not too noisy either, with the space-bar being the only moderate offender. 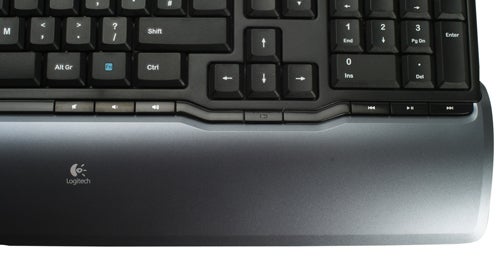 The wrist-rest is quite comfortable, though it doesn’t hold a candle to the padded one on the Wave. On the other hand, I actually prefer the way the keys feel and their shallow profile to the Wave’s deep keys with their soft feedback. As with all modern Logitech keyboards, there are two degrees of tilt available thanks to the twin pairs of legs of different lengths on the keyboard’s bottom.

When all’s said and done, would I rather use the Wave? Well yes, thanks to the better wrist-rest, dongle and far superior mouse. But not everyone will want to pay the £40 premium this demands. As budget options go, you can’t really go far wrong with the Logitech’s S520 Cordless Desktop for under £33, especially since a similarly-priced option from Microsoft will get you ‘antiquated’ optical technology.


If you want the cheapest wireless keyboard set out there that’ll still look decent without causing RSI after a few minutes, the Logitech Cordless Desktop S520 is definitely worth considering.