Although we’re used to hi-fi companies flogging what they immodestly refer to as ‘Reference’ products, it’s very unusual for a TV maker to get so big-headed. Yet German brand Loewe has brazenly established a ‘Reference’ TV category in its current TV range, and populated it with various sizes of a luxurious design it likes to call ‘Spheros’. And you know what? Based on past experience, if there’s one TV brand that really could avoid falling embarrassingly flat on its face in trying to live up to a Reference tag, it’s Loewe. Let’s hope the Spheros R 37 proves us right…


As its name suggests, the Spheros R 37 is a 37in TV. And since Loewe has now ditched plasma technology, it uses LCD technology. The other key thing to establish about the R 37 we’re looking at today is that it’s actually not the first Spheros 37 Loewe has produced. Unusually for the TV world, Loewe routinely upgrades its TVs with new features and improvements, rather than introducing whole new ranges and model numbers every time it wants to up the ante. And the latest Spheros R 37 improves over its previous version in two key ways that we’ll get to presently. 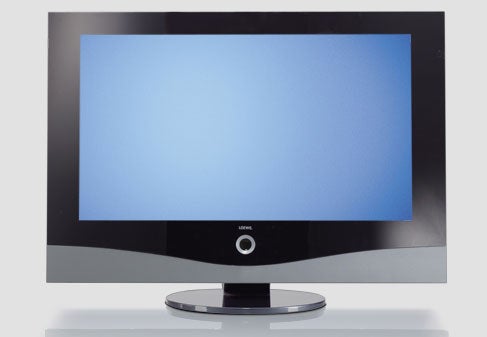 First, though, we really need to congratulate Loewe for the R 37’s looks. For starters the build quality is absolutely sensational, combining a minimalist, high gloss finish with almost frightening solidity to irresistibly strokable effect. It’s available in two different colours, too: Platinum or the £200 extra High Gloss Basalt. Of which the Basalt has to be our personal favourite.


Colour isn’t the only design choice Loewe presents to you when buying a Spheros R 37 either. You also need to pick from a variety of equally sumptuous mounting options, including a standard desktop ‘foot’, a floor standing pole and ‘cabinet’ mounts. Or, of course, you can hang it on your wall.


You’ve even got some choice over what features your R 37 has. For Loewe does a ‘step up’ version that adds a second digital TV tuner and a built-in 80GB hard disk drive for recording up to 40 hours of TV programmes!

Getting back to the ‘core’ R 37 we’re looking at, key feature discoveries are HD Ready specification (with a native resolution of 1,366 x 768), and a built-in digital tuner. This digital tuner is one of the two key improvements over the original R 37 we mentioned earlier, with the other being a little something called Image+. This is Loewe’s latest and most sophisticated picture processing engine, offering numerous tweaks for boosting sharpness, contrast, noise levels, colour tone and colour vibrancy – among other more or less pertinent things.


The R 37’s connectivity is slightly disappointing for a 37in LCD TV costing three grand. There’s just a single HDMI socket when we’d have liked two, and just two SCARTs when we’d have liked three. Darn. It’s not all bad news, though, since at least you get a D-Sub PC interface, component video inputs, and a slot for adding subscription digital TV services. 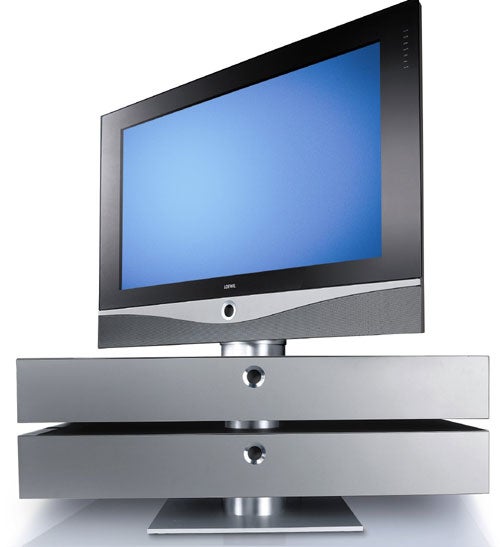 Actually trying to use the R 37 leads to more disappointment, though, as you inevitably fall foul of one of the most fiddly remote controls ever. To navigate the onscreen menus (which are themselves tortuously organised) you have to use a rocker-style joystick in the remote’s upper half – a joystick so finicky that you’ll accidentally select an option you didn’t mean to time after time after time, leading to outbursts of language you probably didn’t even realise you knew…


Let loose on a variety of HD and SD sources, the Spheros R 37 impresses in all kinds of ways – but lets itself down with one rather heavy-duty flaw.


Starting off the impressive stuff is its enjoyably aggressive approach to colours. Bright, colour-rich stuff like standard definition Sky News feeds or Kameo in high definition via an Xbox 360 looks dazzlingly vivid. What’s more, this outstanding vibrancy is not achieved at the expense of an enjoyably natural colour tone, as trickier, subtler fare like the actors’ skin tones during The Fellowship of the Ring’s Mines of Moria sequence are handled with unusual deftness.

High definition sources also look impeccably sharp and textured, especially where Xbox 360 games are concerned. And actually standard definition pictures look much crisper and less fuzzy than usual too, presumably thanks to the detail boosting and noise-reducing elements of Image+.


Elsewhere we find frantic Burnout Revenge Xbox 360 sessions and recorded HD World Cup footie action failing to cause much in the way of motion smearing from the R 37’s LCD panel. What’s more, motion looks smoother than on many rivals.

Noise levels are generally well suppressed too, with only minor and sporadic traces of side effects from the Image+ processing engine, and little sign of grain or dot crawl – provided, at least, that you keep the set’s sharpness rating set pretty low, especially when watching the HDMI input. 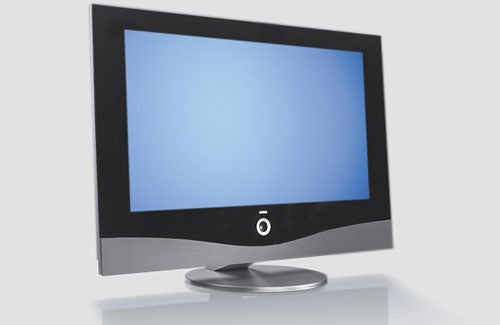 The flaw we mentioned is that old LCD nemesis of black level response. The Spheros R 37 just doesn’t present dark picture areas with enough depth to really make them convincing. In other words, where the picture should look more or less black it instead tends to look grey – a problem which forces you to strain your eyes a little to pick out background details, and which tends to make the picture feel a bit lacking in scale.


The problem is probably at its most noticeable while playing dark parts of console games. At times it’s practically impossible, for instance, to really see what you’re doing in the ever-dingy corridors of the alien vessel in Prey. Bumping the brightness way high helps – but only to the detriment of other aspects of the picture, such as colour tones and black levels.


Thankfully entirely without any sort of flaw is the Spheros R 37’s audio. For starters the amount of bass it shifts is pretty much unrivalled in the LCD TV world, and actually puts many separate systems to shame. But crucially this expansive bass range never for a second over-awes speech, or stops treble effects from being rendered with unusual subtlety and richness.


Although we might have sounded tough on the Spheros R 37’s black levels, we should say before we finish that they’re not actually bad by the standards of LCD TVs in general. The problem for us is that ‘not bad’ – even when this refers to just a single picture element – isn’t quite good enough when you’re talking about a 37in TV that costs more than twice as much as some of its rivals…