The Connect 55’s pictures are a mixture of the outstanding and the slightly disappointing.

Starting with the outstanding stuff, pictures look gorgeously detailed. Native UHD images sparkle with their detail, texture and precision – especially as this precision is delivered without leaving the image looking in any way processed or unrealistic so long as you’re careful with the motion and NR processing settings.

Impressively the sharpness and sense of detail is retained remarkably well with upscaled HD content. The Connect 55’s knack for adding millions more pixels to HD pictures to make them UHD without exaggerating source noise or making the picture look digitised or artificial is mesmerisingly good – up there with the best we’ve seen so far from Samsung and Sony 4K UHD TVs. 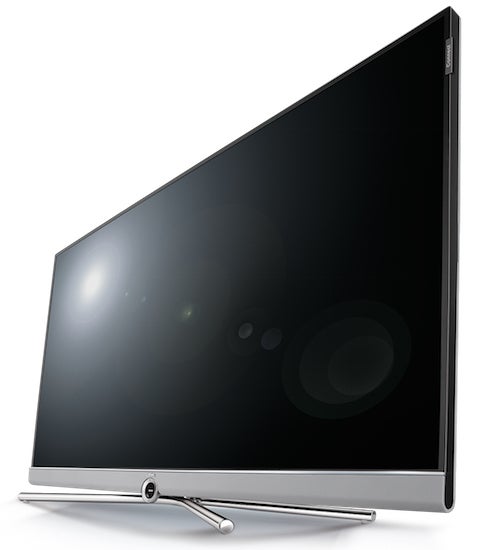 Also worthy of a seat at the top table of picture quality is Loewe’s latest motion processing. With most TVs we turn this sort of processing off as it can cause processing artefacts and make the picture look unnatural. But the Connect’s Film setting at its Soft level does neither. There’s no haloing around moving objects, no flickering over areas of really fast motion, no stutters… really hardly any trace at all that you’ve got motion processing on. Aside from the fact that moving objects look beautifully free of judder and blur.

The Connect 55 continues to impress with its colour handling. Skin tones look believable and infinitely subtle, even, again, when watching upscaled footage, and you never get a sense that tones have slipped off key, even during dark scenes.

Dark scenes often benefit from a decent contrast performance too – though sometimes if a shot is really dark or contains a really strong mix of light and dark elements, it also reveals a couple of weaknesses.

First, while black level response is good by LCD standards, it’s not truly outstanding. Sony and Samsung in particular have both achieved deeper black levels from their relatively high-end TVs.

Our main concern, though, is the screen’s backlight uniformity. If you’re watching in a dark room without both the ‘OPC’ ambient light and picture content-related automatic contrast adjustment features on, dark scenes appear behind seriously distracting areas of backlight clouding/extra greyness. These grey patches aren’t restricted to the image’s corners as we sometimes see with edge LED TVs either. They can appear almost in the centre of the picture too, where they obviously become very distracting. 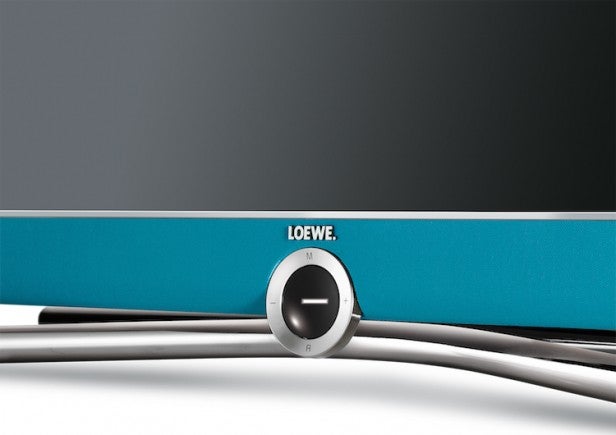 Mercifully the TV’s two automatic contrast adjustments substantially reduce the clouding’s impact, so that it only affects the darkest shots or shots that contain a particularly tricky mix of dark and light elements. However, even though this combination of automatic contrast features proves more intelligent than most, it doesn’t reduce the clouding issue to the same extent that the best LCD TVs can.

The set’s contrast setting is considered by Loewe to act as a virtual backlight adjustment, but while again it was possible to marginally improve things by reducing the contrast setting, nothing we did gave a completely satisfying balance between brightness, backlight uniformity and black level response.

It’s worth adding that the best setting balance we managed for the Connect 55 has to remove substantial amounts of brightness from the picture – as highlighted by our recent experience with Samsung’s high dynamic range TVs. But at least the Connect 55’s post calibration lack of brightness doesn’t damage colour tones. Also, while the level of light reduction required to deliver dark scenes in a dark room environment can crush out a little shadow detail, this isn’t severe enough to leave pictures looking hollow.

In a bright room the Connect 55 fares much better, as the backlight clouding issue almost disappears, leaving you free to enjoy all the good things we discussed earlier. If you’re a serious film fan prone to blacking out your room for a serious film-viewing session, though, there will undoubtedly be times where you see and feel irritated by the TV’s clouding issues. 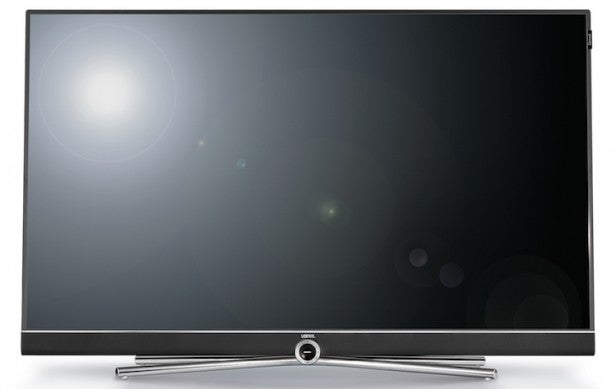 One other issue that affects the Connect 55’s reproduction of dark scenes is that its screen is quite reflective of objects in your room – though of course, if you’re watching in a dark room, there likely won’t be any reflections for the screen to pick up!

Despite its flaws the Connect 55’s pictures overall deserve to finish on a high note. So let’s wrap up by saying that there are times when Loewe’s superb image processing delivers an almost painterly beauty to UHD and even HD images, while the backlight issues we’ve discussed only affect very dark content in very dark environments – in other words, a relatively small portion of your viewing time.

Used as the main TV for the review period
Tested for more than a week
Tested using industry calibrated tools, discs and with real world use
Tested with broadcast content (HD/SD), video streams and demo discs
Previous
Loewe Connect 55 Review Next
Sound and Conclusions Review