It’s fair to say that German AV brand Loewe has had a tough few years. So much so that in July 2013 it voluntarily took the first steps towards moving itself into insolvency. Dire though this state of affairs initially sounded, though, it was actually a well-planned move that laid the groundwork for new investment – investment which was finally formalised in April.

Since securing its future, Loewe has been seriously busy. According to new CEO Mark Hüsges, the brand has been streamlining its operations, returning the brand to a more ‘family business’ feel and, most importantly of all, creating the sort of premium TV experiences the 90-year-old brand was built on.

The first results of Loewe’s rejuvenation were unveiled yesterday during a press event at Harrods. And we’re pleased to report that Loewe’s new TVs, including the Loewe Art 55, look well qualified to put the brand back on the UK TV map.

SEE ALSO: What is 4K TV and Ultra HD? 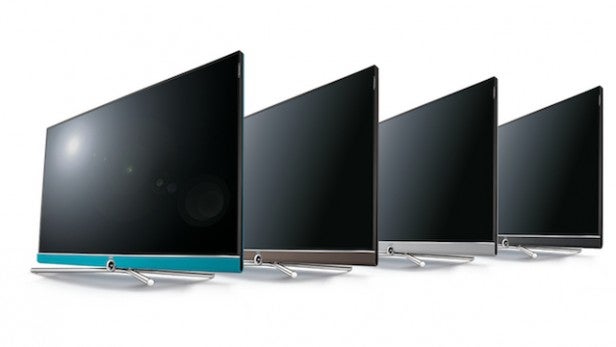 Loewe will ultimately have four new TV ranges to its name: the Art, Connect, Reference and Masterpiece series. Only two of these, though, Art and Connect, will be available before Christmas, and it was these we got the chance to have a look at – and listen to – on the Harrods shop floor.

The ‘killer app’ of these new Loewe TVs is that they all – even the ‘entry level’ 40-inch Art screen – boast native 4K/UHD resolutions. This makes Loewe the first brand to announce an exclusively 4K TV range.

The use of active 3D thankfully reveals right away that Loewe isn’t using the IPS-type panels that have caused us so much contrast-based grief this year. In fact, the TVs are the result of a partnership with Chinese panel-maker Hisense. However, Loewe is at pains to stress that all of its new TVs are built at Loewe’s own facilities in Germany.

Both the Art and Connect series feature seriously attractive designs and premium build quality. Even the entry-level Art series use beautifully finished aluminium frames and cast aluminium table stands (other stands are available for an extra cost), with the Connect series refining the look even further, as well as offering a choice of four colours for its speaker section and side ‘trims’. 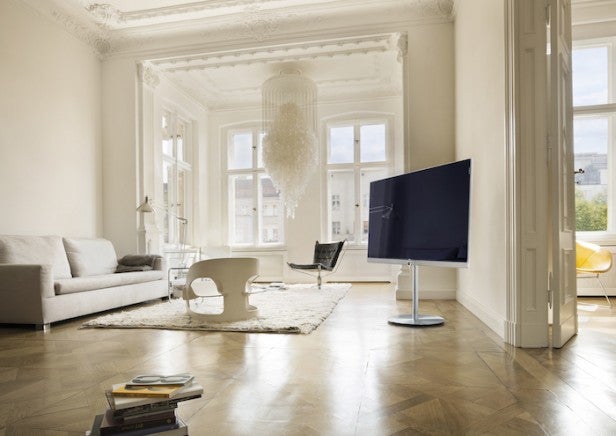 All of Loewe’s new 4K TVs feature HDMI 2.0 connections with HDCP 2.2 support, as well as HEVC streaming of the sort used by Netflix’s 4K/UHD service. That said, Netflix’s 4K app is not currently available on Loewe’s new TVs, though it was hinted that the app is ‘in the works’.

If you’re wondering how Connect differs from Art aside from the design differences, the main points are that the Connect sets carry built-in 1TB hard disk drive recorders able to record UHD as well as HD, and built-in 5.1 audio decoders so you can feed multi-channel audio via one of Loewe’s upcoming active subwoofers to a surround sound speaker system without needing a separate multi-channel receiver.

Actually, advanced connectivity is a key part of Loewe’s latest philosophy. All the new TVs are designed to be able share content with each other, and future external Loewe audio (and potentially home automation) systems are promised – though Loewe isn’t sharing details of these publicly yet.

While we’re on the subject of audio, Loewe has put much more effort into the sound systems of the Art and Connect TVs than most brands do. All Art and Connect models bar the 40-inch Art carry a huge 80W of audio power delivered via a new speaker technology from American company SOEN Audio, which specialises in getting great sound quality from very small spaces.

Loewe has also improved its smart interface, especially when it comes to accessing external content sources via DLNA, and we were pleased to be shown, too, a slick new control app for tablets and phones through which you can also watch TV shows streamed from the twin tuners all the Art and Connect TVs contain. 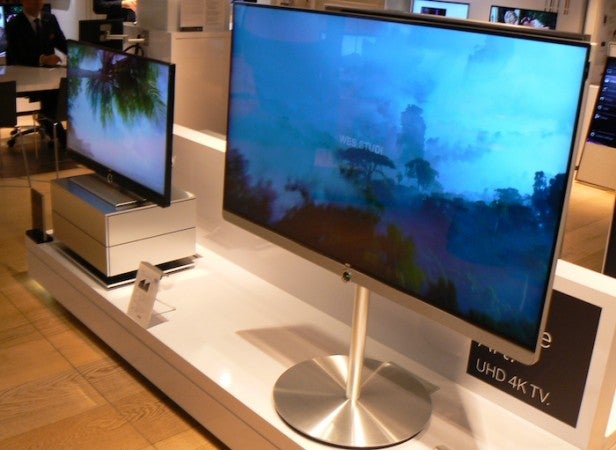 Having spent some time gawping at the Loewe Art 55, we’re feeling pretty excited about the brand’s TV ‘reboot’. Native UHD feeds appear every bit as pin-sharp and phenomenally detailed as we could have hoped – in fact, the precision was actually a step above the norm thanks to a combination of rich but infinitely subtle colour tones, clean motion processing, and an almost complete lack of video noise.

It was also promising to note that Loewe’s new 4K screens didn’t look over-sharpened in any way, being instead confident enough to just let the native UHD content do all the ‘talking’.

Arguably even stronger, though, was the quality of Loewe’s 4K upscaling. We watched a few scenes of the Avatar Blu-ray, and with each sequence – be it a motion-packed battle scene, a detail-packed jungle scene or an ultra-colourful scene of the Na’vis doing their thing – we were highly impressed by how much more accurate detail and pixel density the sets were adding without causing the images to look processed or unnatural. The upscaling doesn’t ‘overcook’ the sharpness either, which is always a good thing in our book.

We did notice some sporadic motion judder when watching upscaled images that wasn’t present with native UHD content, but this may have been an artefact of the specific motion mode the TV was using. Plus, Loewe stressed that the TVs we saw were not running final firmware builds.

It was difficult to get an accurate sense of the Loewe Art 55’s contrast performance from Harrods’ bright shop floor, though aside from some very subtle light banding when white objects appeared against black backgrounds we didn’t see anything seriously concerning.

Sonically the Art 55 also impressed. The front-firing speakers were clearly more powerful than those of most flat TVs, with more bass, clearer and better rounded vocals and an immersively wide soundstage. We have our doubts about Loewe’s latest TV audio outgunning the best efforts of Sony’s X9005 and S9005 TVs, but then the Loewe TVs feature much slimmer, easier to accommodate designs.

Loewe’s TVs will never be mass market with their premium (though certainly not crazily so for UHD TVs) pricing and uncompromising build quality and components. But all the signs are that the brand is in a much better place now to keep pace with or even get ahead of the TV technology curve than it has ever been before.

Next, read our TV Buying Guide for help on choosing a new TV