If you like go-karting, cycling or sailing, the best way to capture your exploits is to use an action camera like the Liquid Image Ego. It’s a palm-sized 1080p camera that shoots video at up to 60 frames per second. Want to see it in action? We took it out on a powerboat on the Thames to see what it was capable of. See the results in the video below.

Design
The Liquid Image Ego is a dinky little thing. All smooth edges and soft touch finish, it feels just great in-hand. Most people will use it alongside some form of stand or clamp, though. It comes with a basic stand with some adhesive pads for the bottom, but with a standard threaded port on the rear, it’ll screw into all sorts of things. A Joby Gorillapod would make a great partner for the Ego. 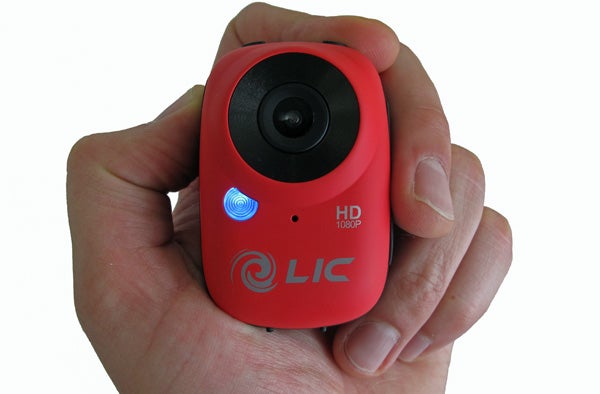 Operation is dead simple too. There are just two buttons on the Liquid Image Ego. Taps or held presses on each capture video, change modes and setup the internal Wi-Fi – more on that in a bit.

Features
There are three basic shooting modes in the Ego. The default one captures 720p video at 60 frames per second. It’s not 1080p, but the high frame rate is great for activities involving a lot of motion. One tap up top switches to 1080p video at 30 frames per second, and a second to still image shooting at up to 12 megapixels. 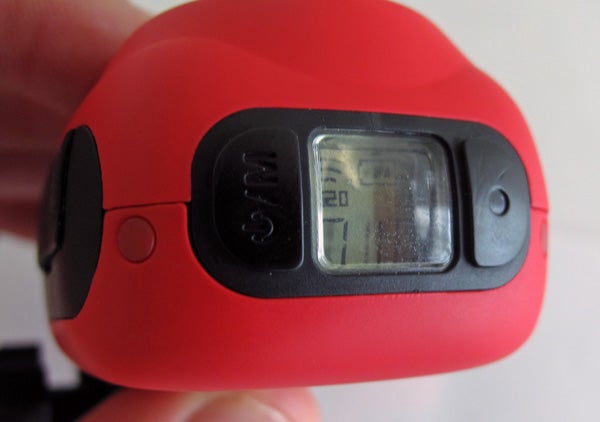 A front LED that looks a bit like a flash (but isn’t) tells you which mode you’re in, with a different colour for each. Right by this LED indicator is where you’ll see the microphone, a mono pinhole affair.

There’s a second indicator involved too – a teeny screen that sits in-between the two rubberised buttons on the top. This tells you the resolution you’re shooting at once more, how much battery you have left and how many videos are on the memory card inserted.

The Liquid Image Ego takes microSD cards, and the slot is hidden under a little rubber flap on the side, alongside the microHDMI video output and the microUSB charging socket. It’s all micro-sized here, folks. 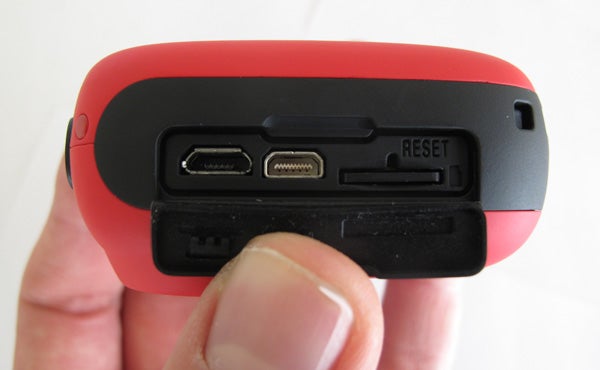 Liquid Image says that while the Ego is not fully waterproofed, it’ll take contact with water in its stride – just don’t go diving with it. It got a mouthful of the Thames during our testing and didn’t complain. In the box you also get a plastic splashguard that fits over the front of the camera for extra protection from water and anything that might scratch the otherwise-vulnerable lens.

A fully waterproof casing will also be available soon, for £40. Of course, the rival GoPro models come with their own quick-release waterproof housing as standard. But to get a similarly-specced GoPro, you’d have to opt for the GoPro HD, which costs well over £200. 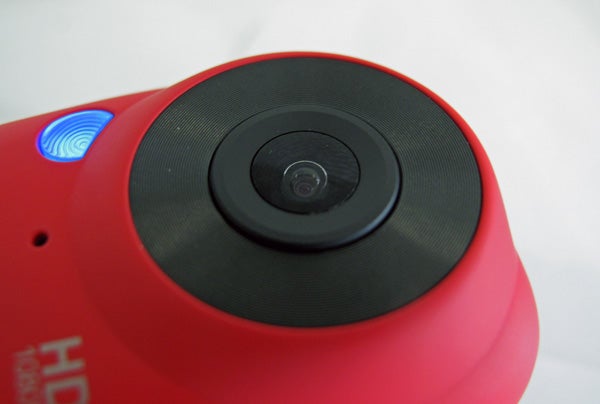 One other element that the GoPro does a little better is in including plenty of fitting options. The Liquid Image Ego’s bundled stand only swivels around one axis, with a couple of adhesive pads included. However, using third-party stands and grips should pose no problem – and let’s not forget the Ego is more than £50 less than the GoPro HD.

What the Ego can boast about, though, is Wi-Fi control. Inside the little plastic pebble is a Wi-Fi transmitter. Hold down the shutter button for a few seconds and the camera will start its own Wi-Fi hotspot, which you can connect a smartphone to. 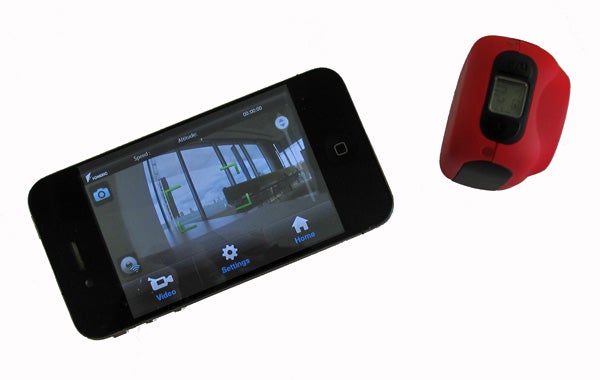 Download the free Action Connect app and you can control the camera’s settings from an iPhone or Android device. This opens-up many more options that are available on the device itself. You can choose the field of view – 135 degrees or 90 degrees – stills resolution (3/5/12M) and a handful of other common image settings. There’s also microphone sensitivity control. 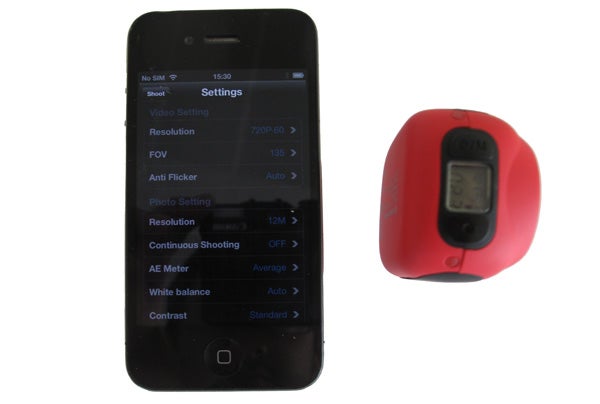 This additional control is the main point of the app, but it can also be used to “see” through the camera’s eyes. There’s a lag of a couple of seconds, but you can take photos and start capturing video directly from the phone – and even use digital zoom. When taking video, though, the feed is cut off.

Performance
The Liquid Image Ego captures video in MOV format, and its internal battery lasts for around two hours of shooting, as supported by our testing. To get started you’ll need to invest in a memory card, as one is not included here. Cards up to 32GB are supported, ruling-out the 64GB SDXC cards that are now fairly affordable. 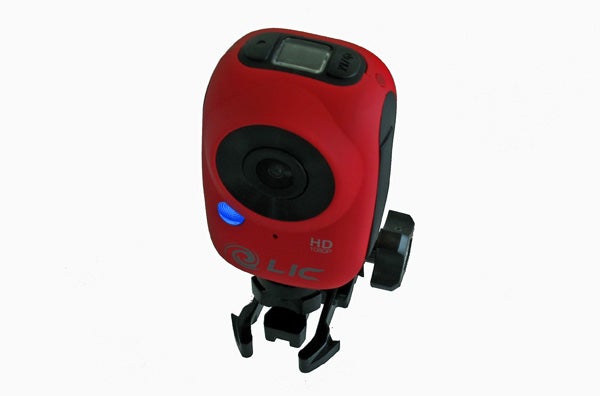 Shooting in the 60fps 720p mode, the Ego handles motion extremely well, proving that it really is a legit action camera. Of course, we expected no less coming from a veteran in the field – Liquid Image produces a load of goggle-mounted cameras for scuba divers, skiers and motocross lovers. 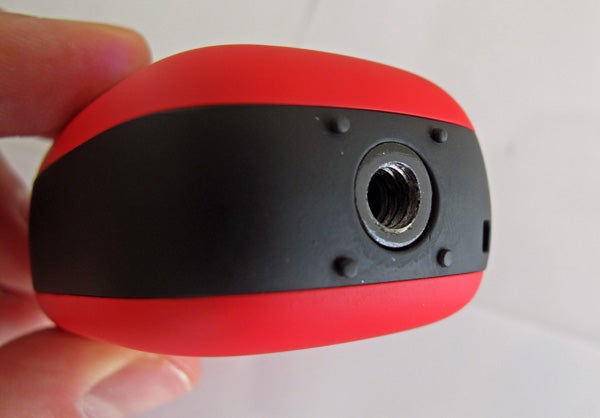 The max 135 degree field of view is not quite as wide as the 170 degrees boasted by some, but is enough to get a distinctly wide-angle look to video. The quality of video captured is decent. There’s a slight milky quality to scenes with powerful light sources involved, but the level of detail captured is good. In low light conditions, things get predictably noisy but then this isn’t really a camera intended for taking out at night. It offers no real light source, for one.

Value
Looking at the competition, it’s hard to conclude anything other than that the Liquid Image Ego is great value. It’s a good deal cheaper than the closest GoPro model and is just about the cutest little action camcorder out there. If it was fully waterproof and came with a slightly more versatile stand it’d be near-flawless. But even these quibbles can be fixed with accessories.

Verdict
The Liquid Image Ego is just about the cutest action camcorder we’ve used. And with the ability to shoot at 1080p or at 60fps, it’s not a bad performer too. Unlike many at the price, it also hooks up to your iPhone or Android phone using its own Wi-Fi hotspot. The only issue is that it’s not fully waterproof, so you’ll need to acquire a separate casing if you want to use it for scuba diving.

You can order the Liquid Image Ego today at Firebox for £159.99.