LG’s 10in netbook is in a unique position. Not because it offers anything fundamentally different from other netbooks, but because it’s the only mobile PC offering the company has in the UK. So with so much riding on its shoulders, will the X110 measure up? 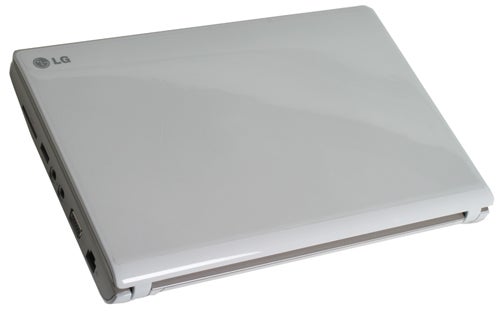 First impressions are certainly positive. The X110 is based on the MSI Wind, but is far more than a simple rebadge like the Advent 4211. The entire chassis, including the keyboard and touchpad, have received a major overhaul and it’s all for the better. Furthermore, its overall shape is now less curved and sleeker, and the plastics used feel slightly stronger. Unlike the logos on the Wind and Advent, the LG one is modestly positioned on the corner of the lid.

Another change is a small ‘lip’ on the lid’s top edge that helps make the netbook easier to open up, revealing the re-styled interior. The power button now has a blue LED surround rather than the star-shape of its predecessors, and the curve has gone from the palm-rest, which is now even. The power and battery indicators have also been enlarged so that they’re visible when the lid is closed, which is a useful touch.


As for the colour scheme, we’re not overly enthusiastic about the white and off-silver ‘champagne’ combination. Thankfully, other options are available including black, white and pink. Despite sporting a high-gloss finish on the outside, our model’s white exterior means fingerprints are only visible from certain angles – a good thing since no cleaning cloth is provided. 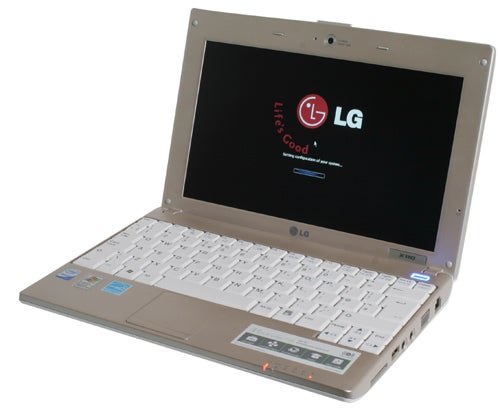 Aside from its shape, the biggest and most welcome physical change with the X110 concerns the keyboard. The Wind’s implementation was good but its big annoyance was the Fn key residing to the outside of the Ctrl key. LG has remedied this, and has also moved down the cursor keys to not only allow a full-size right-shift key, but also dedicated Home and End keys to either side of the up-cursor. Shortcuts to volume and brightness have also been made more accessible as they are now secondary functions of the cursor keys. 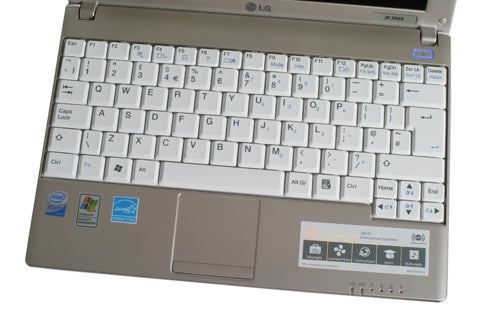 Feedback is a bit on the light side but pleasant nonetheless, with a well-shaped key-surface. All of the above makes it one of the best netbook keyboards on the market, superior in layout if not in feedback to that of the Samsung NC10, though the excellent example on the HP Mini remains unmatched.


Likewise, the large touchpad is one of the better examples on the market. Design-wise it’s perfectly integrated, featuring the exact same finish as the rest of the keyboard surround. The surface is just the right balance between textured and smooth, and the pad is incredibly sensitive. Both buttons are merged into a single bar, but unlike many such implementations it works perfectly as each end is easy to press and response is crisp.

Connectivity is of course identical to the Wind’s, and to most other netbooks for that matter. This means you get two USB 2.0 ports on the left, together with the power jack and a Kensington lock slot. On the right, we have another USB port as well as Ethernet and D-sub connections, headphone and microphone jacks (now in black rather than the Wind’s red and green) and a memory card reader. The front and back of the X110 are left clean. 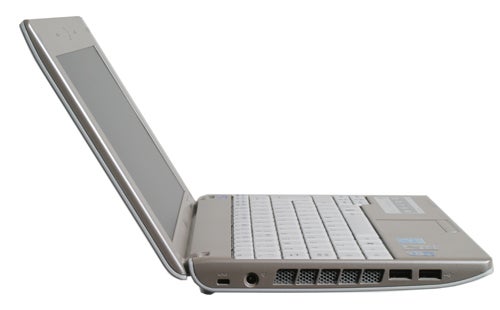 The LG’s internals are identical to its MSI cousin and most other netbooks. An Intel Atom N270 CPU running at 1.6GHz will just about handle everyday computing, though you’ll want to stay away from multi-threaded applications, encoding and decoding. 1GB of RAM is par for the course, and the minimum you’ll want to run the included Windows XP OS. The hard drive, meanwhile, is at the upper end of the netbook spectrum, matching the revised Wind at 160GB.

One area where LG doesn’t quite match the competition is in terms of wireless connectivity. WiFi only goes up to 802.11g and there’s no sign of Bluetooth, despite both the Wind and even the cheaper Advent 4211 providing Draft-N wireless and Bluetooth 2.0. To compensate, LG does have 3G-ready versions of the LX110 – the SIM slot resides behind the battery – but there was no module inside our version. That said, one can’t realistically expect a netbook under £300 to have integrated HSDPA.


The LX110’s audio has also received a minor upgrade by way of SRS Labs’ TruSurround HD, but this hasn’t made an appreciable difference to the poor speaker performance put in by the original Wind. As such, Asus’ Dolby Home Theater-enabled 1000HE still rules the roost when it comes to netbook audio performance. 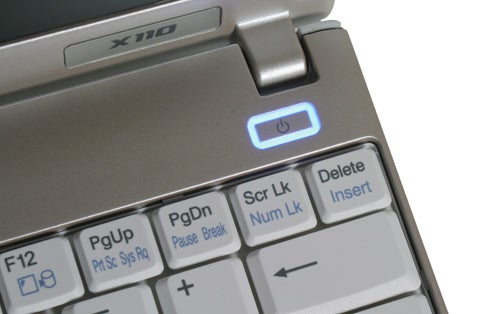 As far as the non-glossy screen goes, it’s fairly average. Though by no means bad for a netbook, it doesn’t match up to some of the better examples we’ve seen. For instance, viewing angles are afflicted by noticeable contrast shift, there is very slight banding and some visible dithering.

Getting onto that all-important battery-life is perhaps the biggest disappointment, since LG’s default configuration offers the same three-cell 2200mAh battery that held back the Wind. Admittedly, some consumers simply won’t need more and while LG claims that a six-cell battery is available, finding a six-cell X110 configuration was impossible at the time of writing. Hopefully they will become available, since a netbook approaching the £300 mark with anything less than a six-cell is not that enticing, especially when the likes of Samsung’s NC10 and Asus’ Eee PC 1000H are vying for your hard-earned cash.


Just to give you some idea, the LG only managed two hours and five minutes running a video with the screen set to 50 per cent brightness and wireless enabled. And though compatible third-party high-capacity batteries are available, these will set you back around £70. 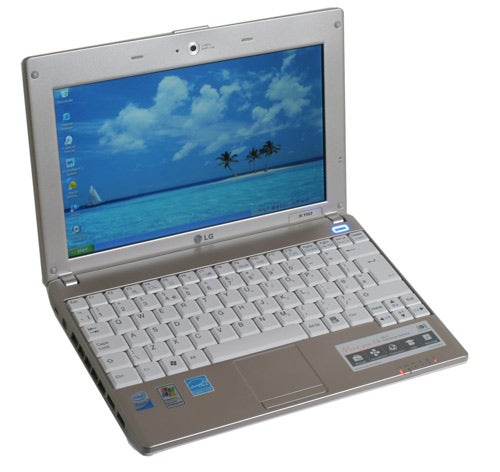 The one scenario where the X110 could still really shine is in the 3G mobile broadband sector where there is less competition. If the 3G-integrated versions come out on affordable plans, I’d certainly prefer one of these to the Dell Mini 9.


Despite the attractive, sleek styling and excellent keyboard improving on what was already a fairly desirable netbook in its MSI Wind incarnation, LG’s X110 falls down by costing as much as other 10in netbooks that offer more battery life.