LG’s new design language works very well here and this looks a lot better than LG’s last few efforts. There’s a lot to like with the camera array, specs and feature list too, even if the software lacks polish.

LG has had a tough time trying to distinguish its handsets from the ever-increasing best Android phone crowd recently. Its previous attempts haven’t been bad – I liked the LG V60 ThinQ quite a lot – they’ve just lacked a certain spark.

With the LG Velvet, the Korean brand is trying something different – at least when it comes to the design. This isn’t bulky or industrial like the V60 line, quite the opposite.

From the smooth finish to the curved sides and the near-flush camera sensors that almost drip down the rear, this is an eye-catching phone that looks so much better than LG’s other recent attempts.

I’m not going to say it’s totally unique as there are a lot of phones using this overall design, but that doesn’t take anything away from LG and when sat next to the bulky, hulking LG V60, there’s plenty of obvious improvements.

Like most other Android phones these days, the Velvet is big. The heavy curves and fairly thin rim make it one of the more slippery out there too, but it does feel light. It’s got some serious durable skills, like an IP rating and MIL-STD compliance, plus a rare headphone port next to the charging connector on the bottom. But be warned, while the headphone port remains in place, the excellent quad-DAC from the V60 isn’t.

Screen tech is where the Velvet falls down most against some of its rivals. And that’s not because the panel is bad. It’s because the display lacks some of the newer tech you’ll find in the Moto Edge, OnePlus 8 and Xiaomi Mi 10.

Unlike those phones, the LG Velvet lacks a 90Hz refresh rate meaning the display isn’t as smooth and responsive. Still, the OLED panel is bright, runs to the edges with just a small cutout for the camera and looks sharp enough thanks to the FHD+ resolution. You’ll find support for HDR content in YouTube and Netflix too.

Once again LG is pairing its flagship Android phone with an add-on Dual Screen case that’s included with the handset (this might vary by region, but the V60 ThinQ wasn’t sold without the case). The peripheral adds another display, in addition to an extra layer of protection. While this might kill off the new design vibes and remove the thin finish, it’s the best Dual Screen case yet.

The case mimics the specs of the display and lets you move apps to it, expand certain features across both displays. You can even use the second panel as a gamepad. 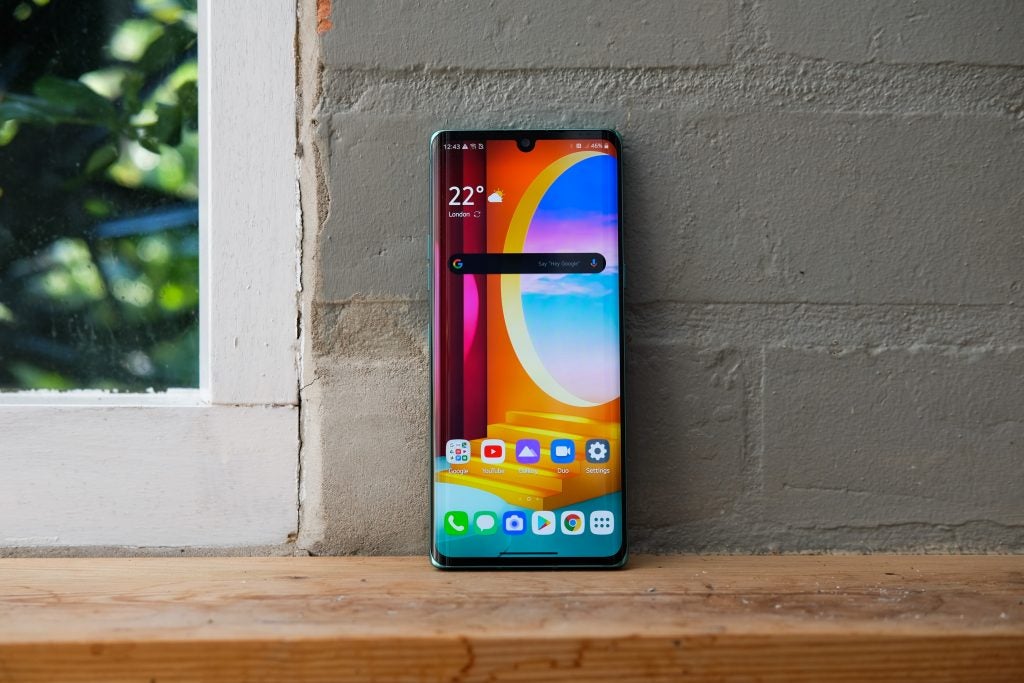 It’s a nice trick and if you’ve been a fan of Dual Screen skills before you’ll like it again here. It still lacks the developer support to be taken really seriously and apps that I feel would take serious advantage of the bookish form-factor – namely the Kindle app – don’t work too well. The full screen keyboard that takes over the panel is also poor, and you can’t swap it out for anything else.

Still, it’s a novel addition for a mid-range phone that really does help set the Velvet apart from much of the competition.

Like other ‘premium’ mid-rangers including the OnePlus 8 and Moto Edge, the LG Velvet doesn’t skimp on internals. Though I do wish a couple of areas were given more love.

Powering the phone is the very capable Snapdragon 765G chipset. This is the same chip you’ll find in the Moto Edge and while I found performance on the Edge fantastic, the story here isn’t as rosy. Throughout my time with the Velvet it has experienced a few bouts of poor performance, from slow load times in apps to stuttering when scrolling through webpages.

The 60Hz display, rather than the faster 90Hz version you’ll find on phones like the Moto Edge and Xiaomi Mi 10, adds to the occasional feeling of slowness. I was quite surprised when the lag hit too, as it’s certainly not all the time. Games seem to play admirably and most apps open and load perfectly quickly. So maybe this is something that could be ironed out in software updates.

It’s a 5G-ready (sub-6, rather than mmWave) device and it’s great to see this next-gen connectivity continuing to come to more affordable phones. RAM varies by region in either 6 or 8GB variants and there’s a set 128GB internal storage which can be expanded via microSD cards.

LG might have worked on the hardware a lot for the Velvet, but the software feels a little less polished. LG’s UX has long been one of my least favourite Android variations and it feels lacking when compared to Samsung’s One UI.

The icons are childish, the menus are clogged up and the heavy use of strong translucency effects feel very old-fashioned. If LG is stringently against following Sony and Motorola and using the default Android look (just with some extra added apps) then this needs a proper overhaul.

At least the software has some good features. The system-wide search works very well and the Google Now pane sits on the left-most homescreen.

Battery life – The LG Velvet should last you the day

Battery life on the LG Velvet is adequate and throughout my weeks with the phone I have been getting upwards of five hours of screen on time. This should get most people comfortably through the day without too much trouble.

There’s no high refresh rate or quad-HD panel to suck up the juice and the 4200mAh cell is large enough to handle multiple hours of gaming.

The charging here isn’t the fastest as LG simply uses the Quick Charge 4+ standard from Qualcomm. A full charge takes on average two hours and this can be double what I would expect from a phone using a proprietary charging solution, like OnePlus or Oppo.

As the Dual Screen case is powered by this same cell, heavy usage will kill the battery in the Velvet faster. You’ll also have to use the special magnetic adaptor to charge the phone up while it’s in the case.

The glass back allows for Qi wireless charging and this is a feature that’s good to see kept around on a mid-range phone. You find this on the OnePlus 8 or Xiaomi Mi 10. 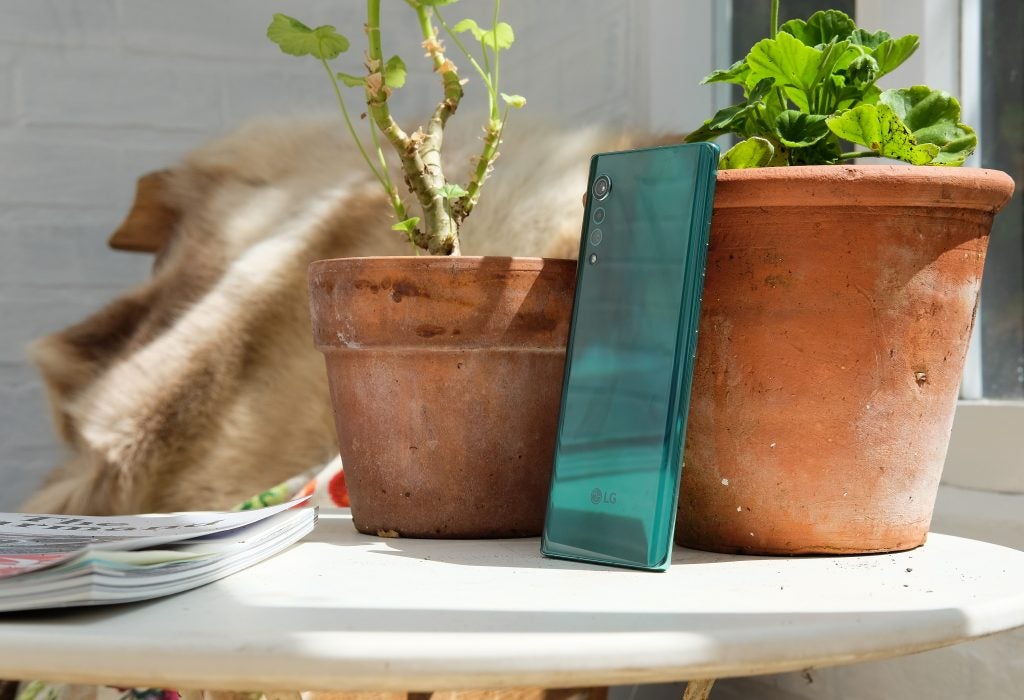 Mid-priced (we’re talking in the £/$400-600 market) devices have come a long way in a few years. But their camera skills are yet to really progress. Like the OnePlus 8, Realme X3 Super Zoom and Moto Edge, the camera smarts of the LG Velvet are nothing spectacular. While the photos taken are more than adequate for social media, they lack punch and the depth you’d get with a pricier phone like the iPhone 11 or Samsung Galaxy S20. If pictures are top of your wish list then you’re still better off paying more or going with the iPhone SE 2 or Pixel 3a.

The camera array consists of a main 48-megapixel sensor that can shoot 4K video at 30fps, a secondary 5MP depth sensor (never convinced about how useful these are) and a welcome 8MP ultrawide. I am happy to see LG hasn’t added the near-useless macro camera that you’ll find on the OnePlus 8 and Realme X3 Super Zoom. 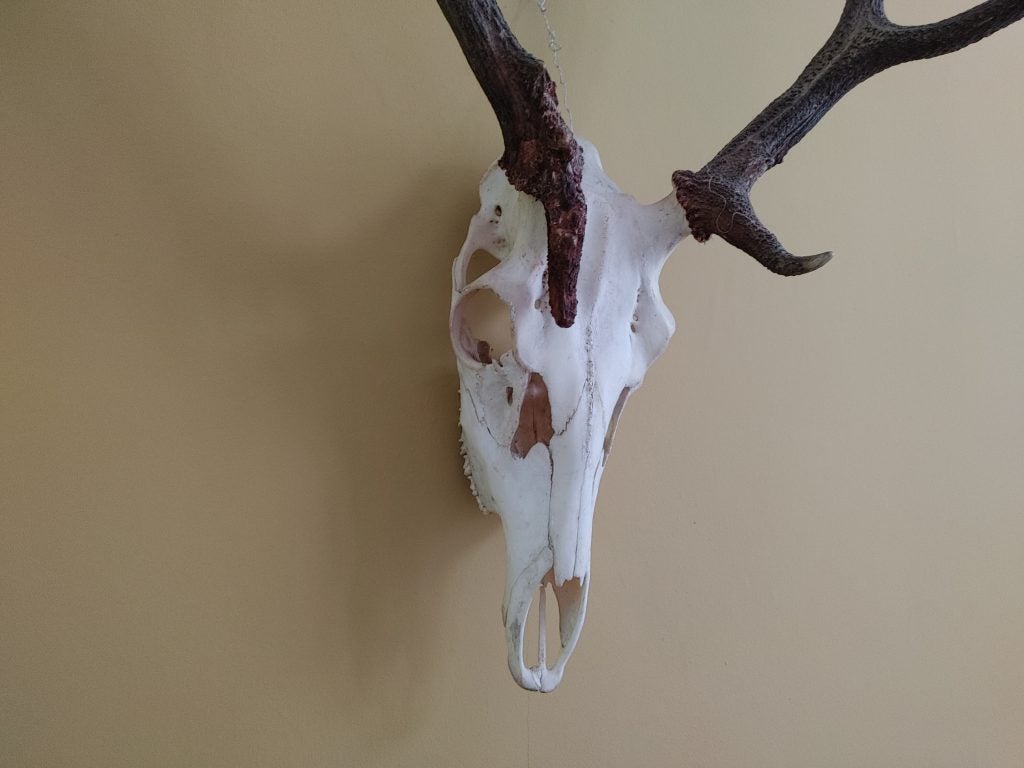 Snaps are bright and can be colourful, with ok details from that pixel-packed main sensor. The ultrawide is a bit smoother than the higher-priced rivals but that’s common with phones around this price and so it’s to be expected. 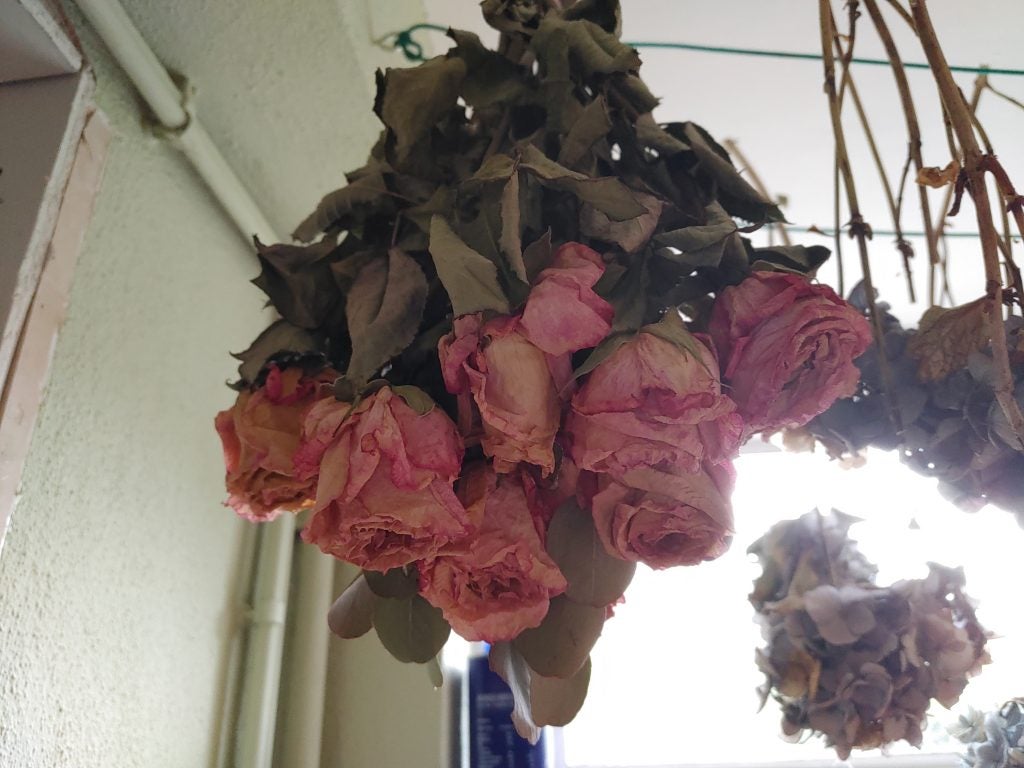 The detail is there, even if the colours are a bit washed out 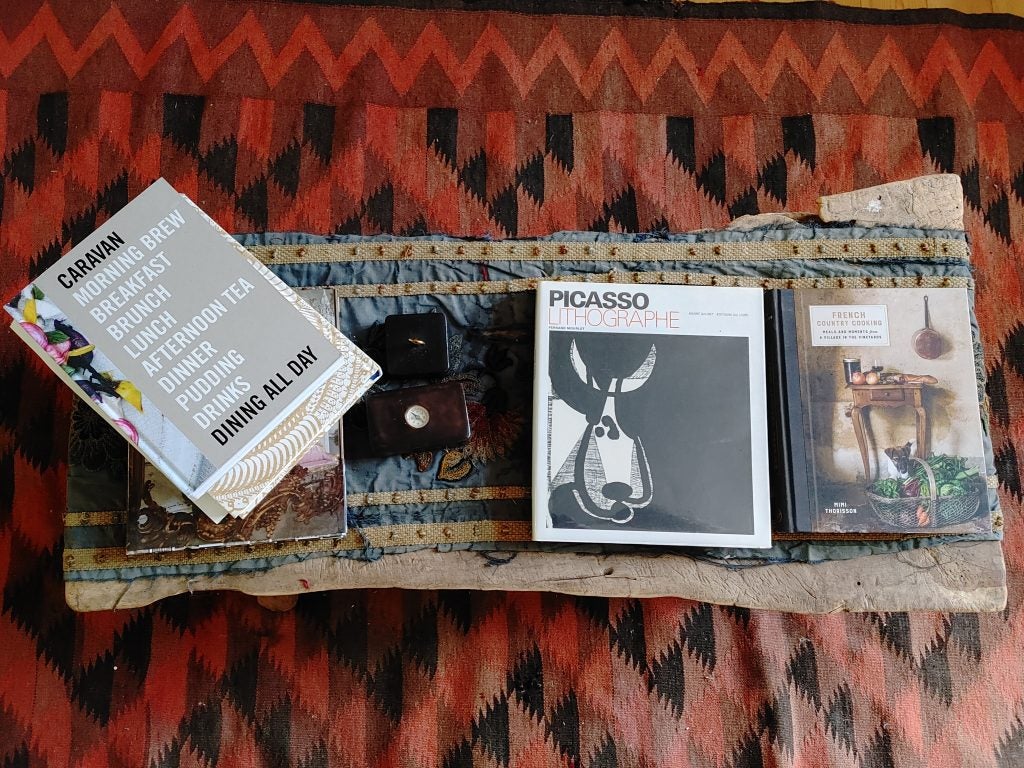 Around the front there’s a 16MP selfie camera that also works for face unlock if you’d rather not use the in-display fingerprint scanner.

Photos just tend to look very flat, with little dynamic range. This is especially noticeable when you’re shooting landscapes. Low-light snaps are hit-and-miss too, even if you’re using the Night View mode. 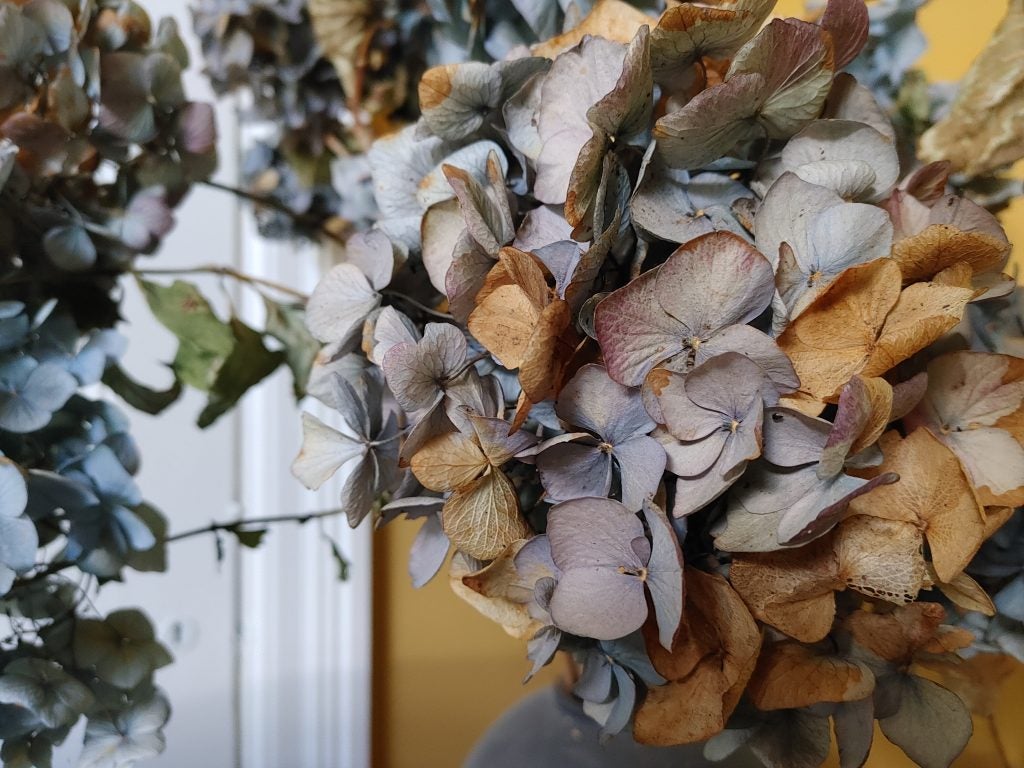 The camera app is at least fully-featured, though sometimes that can make it feel overwhelming and it does suffer slowdown if you quickly scroll between options. I like that Google Lens is built directly in and the manual camera option is always nice to have. You’ve got more gimmicky skills like an ASMR recording mode, 3D AR stickers (which really slow things down) and portrait mode.

Should you buy the LG Velvet?

It’s not the most complete phone, but the LG Velvet is a good alternative if you’re against going full-on flagship. The addition of the Dual Screen case and the sleek design makes this a good start in the next generation of LG’s Android phones.

It also benefits from a hefty feature list, with plenty left in that normally get the chop when price is involved. Wireless charging, for instance, an IP rating and a headphone jack all make a welcome appearance.

There are certain areas that could be improved though. A faster screen would be nice, though not if it came at the loss of the Dual Screen, and a thorough software reboot should still be a high priority.

Camera performance is mixed too and if photography is still your number one request on a new phone then you’re still going to have to spend more.

LG has embraced the mid-range with the Velvet and it’s a good first step that feels far more distinct than any of the brand’s recent flagship devices.