LG’s 3G and Tri band GSMU400 doesn’t look much like a phone at first glance. This is down to its most distinctive feature – a large silver navigation wheel surrounded by a big blue frame and three other buttons. This unique design is to provide controls that enable you to easily play and control music.


My review handset came from 3 and it is exclusive to them for a limited period. If you’ve noted the lack of a value score, this is because at time of writing, 3 has yet to announce pricing.


It’s a slider phone and takes advantage of the best facilities the format offers. It is small in the hand – just 99.8mm tall, 48mm wide and 20.4mm deep, and it weighs an acceptable 114g. The slider mechanism is spring loaded and extremely comfortable to use. The number pad inside the sliding keyboard is large and there is a styling to the keys that offers a visual as well as a tactile cue when you are number dialling.


The front and back of the phone is made of shiny black plastic very reminiscent of the company’s KG800 Chocolate handset. It looks lovely for the first five minutes, then, just like the Chocolate, starts to pick up finger marks: I was forever cleaning it.


The edging of the upper part of the slider has a more matt finish, the edging of the lower part has the shiny finish and a silver band around its top, left and right sides which houses various connectors and buttons.


On the bottom edge is the slot for mains power and the provided PC connectivity cable. It is proprietary at the phone end and like all the connectors, has a protective cover. 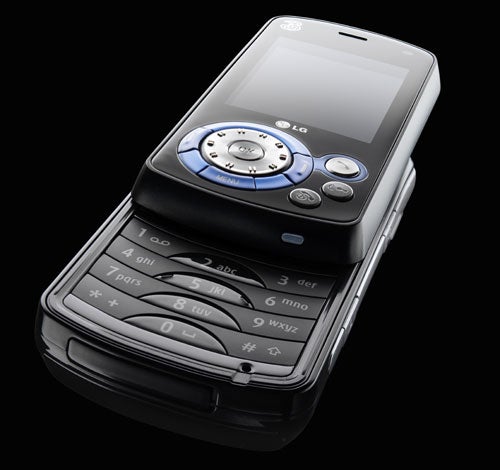 On the left edge is the volume rocker, and a slot for microSD cards with which you can augment the 68MB of onboard memory. A 512MB card comes with the handset. There is also another proprietary connector – this time for the two piece headset provided. On the handset section is a nicely designed music controller with large buttons and a clip to affix it to whatever part of your clothing seems most appropriate. A 3.5mm jack connects the earbuds section, so you can substitute LG’s large in-ear buds with your own headset.


On the right edge is the ‘music key’ which when pressed runs 3’s music portal. The camera shortcut key is also here. Twin stereo speakers sit on the upper left and right edges.

In designing the front facing navigation system LG has taken something of a risk. The Call and End keys, along with a button which on a short press is a back button, on a long press is a keylock and during a call toggles the speaker, are fine. These three buttons are dwarfed by the huge silver navigation key and its blue frame. The frame incorporates three more buttons. One labelled ‘menu’ calls up the main applications menu on screen. Naturally enough, that on screen menu is circular. The other two on the left and right sides of the frame map to softmenus. They are a long way from the softmenus themselves, and it took me a while to get used to the arrangement.

You spin the silver wheel to scroll through screen menus, making selections by pressing its central OK button. I found myself scrolling either too fast or too slow for quite a while before getting it just right. Thankfully, there are multiple ways of getting round the various menu levels including pressing the wheel at its left, right, top and bottom edges as you would a standard navigation pad, so you can manage without the spinning if it defeats you. Indeed, when on the main screen, these presses have their own functions, for example pushing up takes you to Three’s Mobile TV menu.


The front facing camera for video calling is tiny and embedded into the fascia on the top right of the screen, where it is pretty much invisible. Video call quality, incidentally, was fine.


The main, 2.0 megapixel camera’s lens is on the back of the casing. It is not protected under the slider mechanism and LG hasn’t even bothered to recess it so there’s minimal defence against scratches. Still, its always present nature means you can use the camera having to be bothered about open a slider.


Test images were reasonable, though, not unusually, you need to allow for a bit of shutter lag. The sample image below was shot through a shop window, hence the reflection, but the colour rendering is pretty good. 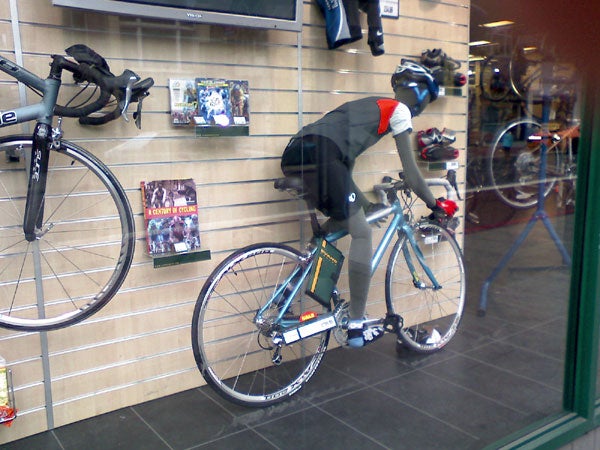 The U400 has a very musical skew. One manifestation of this is Melody Composer which offers you 31 musical styles, 10 different instruments and five tempos with which to compose tunes. Set them as ringtones or just play them to annoy passengers on public transport or people in your living room, I guess.

Music composition is not that unusual, but the silver navigation wheel doubles up to cater for something I’ve never seen in a mobile before. ‘Scratching’ – rap record ‘stlyie’


I have to admit to raising my eyebrows skyward and asking ‘why?’ at the thought of ‘scratching’ on a mobile. But if the idea takes your fancy, you’ll be pleased to know it is easy to do. You have to choose the DJ-ing application rather than straight music playback, and then you can play any tune from the internal memory or external card and rotate the wheel around under your thumb to get the scratching effect. 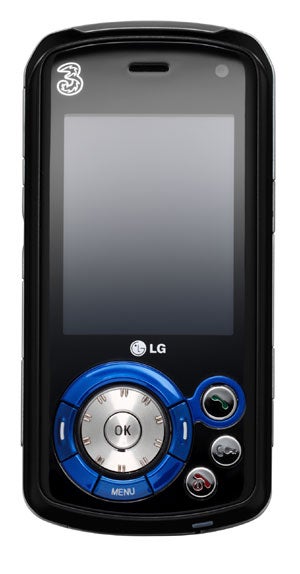 
The 3 network’s 3Player can be used to download tracks and play any stored on the handset’s internal memory. It is hardwired to the left softkey. It didn’t seem to like tunes I’d saved to a microSD card, though. To play these I had to use another built in music player. This isn’t located in the Multimedia applications group which houses the Melody Composer and DJ-ing software. I had to go to the ‘My Stuff’ area, navigate to the contents of my memory card, then choose to play. Obtuse, though its fine once you are past the learning curve. 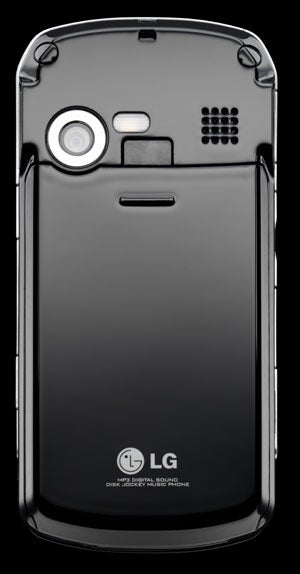 
For a phone with such emphasis on music playback, battery life lets things down. Continuous playback of MP3 files from a microSD card with the screen forced to stay on all the time got me five hours 40 minutes of music. Using the U400 as my main handset I barely got through a weekend of use that included some music playback and a few video calls, without needing to recharge the battery.


There is a lot to like here, but also a lot that frustrates. Leave the wheel alone and you should find navigating easier. Abandon the LG earbuds for your own headset and you should also be more comfortable. If you can learn to live with the short battery life you’ll enjoy the very acceptable quality of the music output.