With rich, immersive sound, a solid battery life and a feature packed set-up, LG has delivered one of the best pairs of true wireless earbuds yet. If you prefer listening to songs with heavy bass lines then the FN6 might not be for you, but for everyone else, they're a must-buy.

It’s a strange thing to admit in the midst of a pandemic, but there’s a case to be made that the LG Tone Free FN6 couldn’t have been released at a better time.

With a price of £149.99 and looking almost identical to Apple’s top-end true wireless, the FN6 earbuds are considerably cheaper than the AirPods Pro and come with a feature that’s sure to turn some heads: a charging case that kills 99.9% of bacteria with the use of a UV light.

Of course, at a time when people are looking to save money whilst also stocking up on anything that can help maintain personal hygiene, the LG FN6 seem to tick all the right boxes. But is there more beyond the price and the promise of cleaner ears to entice buyers?

LG Free Tone FN6 design — similar to the AirPods Pro, but that’s not a bad thing

Taking the FN6 wireless earbuds out of the circular charging case, and it’s hard not to make immediate comparisons with Apple’s top-end wireless earbud. However, there are a few subtle differences to be found, and the earbuds themselves are incredibly stylish.

Utilising a short-stem build coupled with in-ear tips and a minimalistic, all encompassing colour scheme, the FN6 embody the look and feel of a modern true wireless pair. There are no physical buttons as such, with touch controls the order of the day as inputs are registered on the outside of each stem, but we’ll dive into this a bit later.

The included charging case also boasts a minimalist aesthetic, but there’s an almost unexplainable yet alluring quality to its circular chassis. 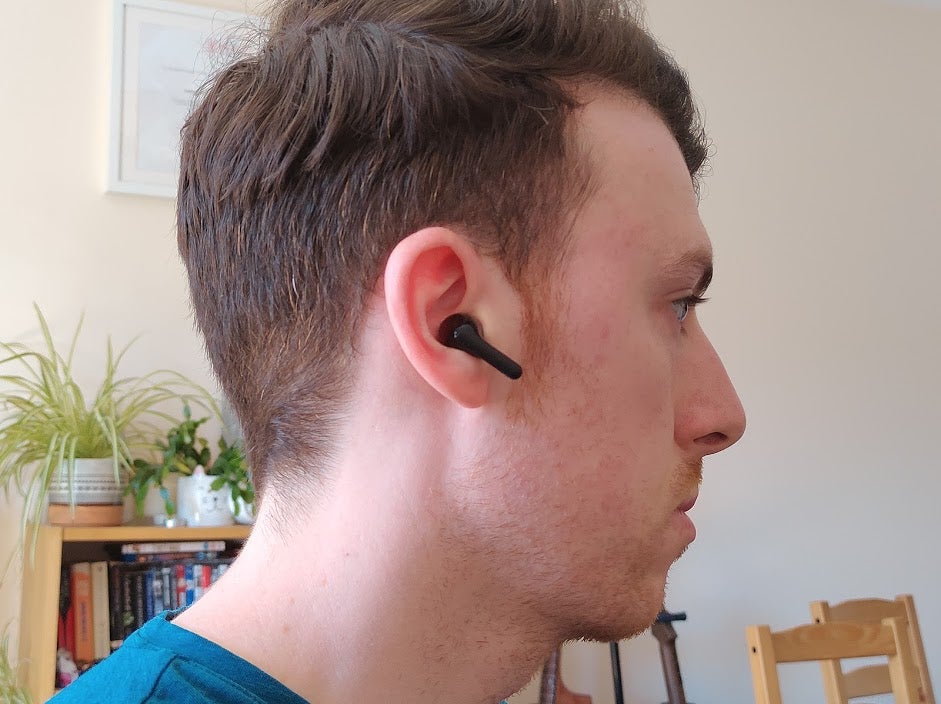 Maybe I’ve become too accustomed to assuming that every pair of true wireless arriving in a pill-shaped charging case, but the FN6’s housing stands out because of that.

There’s a small LED indicator light on the front to let you know when they’re charging and if the headphones are being cleaned. There’s a USB type-C port on the back for charging, and a small button to the left hand-side for Bluetooth pairing.

Despite lacking any sort of wing-tip add-on for stability, the FN6 stayed surprisingly snug during runs and workouts, never once feeling as though they were coming loose and ensuring that LG’s earbuds can easily be your next fitness companion if you so choose.

Features – A whole lot for a reasonable price

With a wide array of washing machines in its product portfolio, LG knows a thing or two about cleanliness, so it makes a lot of sense to see the inclusion of a UV cleaning mechanism with the FN6. Sure, the feature is nothing new, but this is one of the first times a big brand (Philips also has a pair of self-cleaning earbuds) has jumped on the technology.

When placed into the charging case – and only when said case is connected to a power outlet – the FN6 earbuds are subjected to a 10-minute UV light cleaning process that supposedly eliminates 99.9% of bacteria. Don’t expect a car-wash level cleanse, but it is reassuring to know the FN6 lead a much cleaner lifestyle than most earbuds – particularly at a time when hygiene is at the forefront of everyone’s minds. 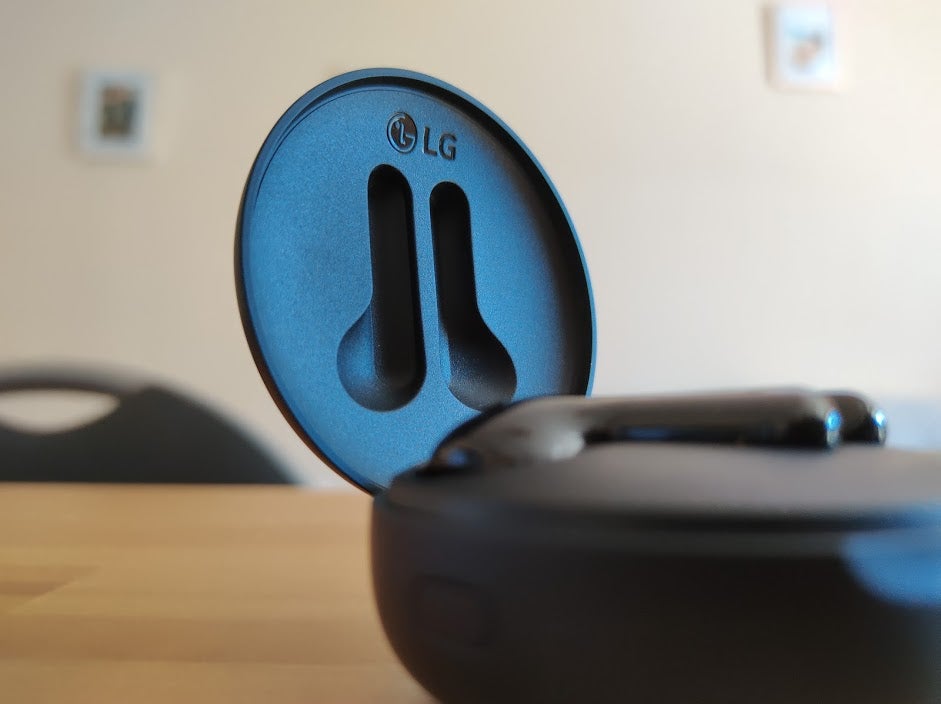 In order to maintain its sleek aesthetic, the FN6 utilise touch controls as opposed to physical buttons. I’ve yet to come across a pair of true wireless earbuds that absolutely nail the concept of a user-friendly control input system, and sadly the FN6 also fall foul.

Granted, while I did grow more accustomed to the quirks of the touch sensors and the expected amount of time needed for a touch to register, it still made for an imperfect system. And even though music is supposed to stop playing when you remove the earbuds, I never found this to be a guarantee.

With that said, you can customise the touch controls between each earbud so, for example, you could set up the left earbud to open up voice commands and volume control, while the right earbud handles playback and track skipping. It’s a great little feature and I’d love to see this expanded upon, perhaps with the ability to swap between sound profiles without digging out your phone.

Speaking of which, diving into the accompanying Tone Free app provides the chance to manipulate the equalizer settings with four pre-set modes: immersive (default), bass boost, natural and treble boost. If none of these take your fancy, there’s also two custom slots to employ your own unique interpretation.

While it’s a great idea on paper, I found very little distinction between these modes. For example, bass boost felt as though it was simply minimising the mids and high as opposed to providing the bass with any real oomph. Only the custom modes gave way to any discernible difference, but in the end I stayed with the default mode as it offered the best level of clarity. 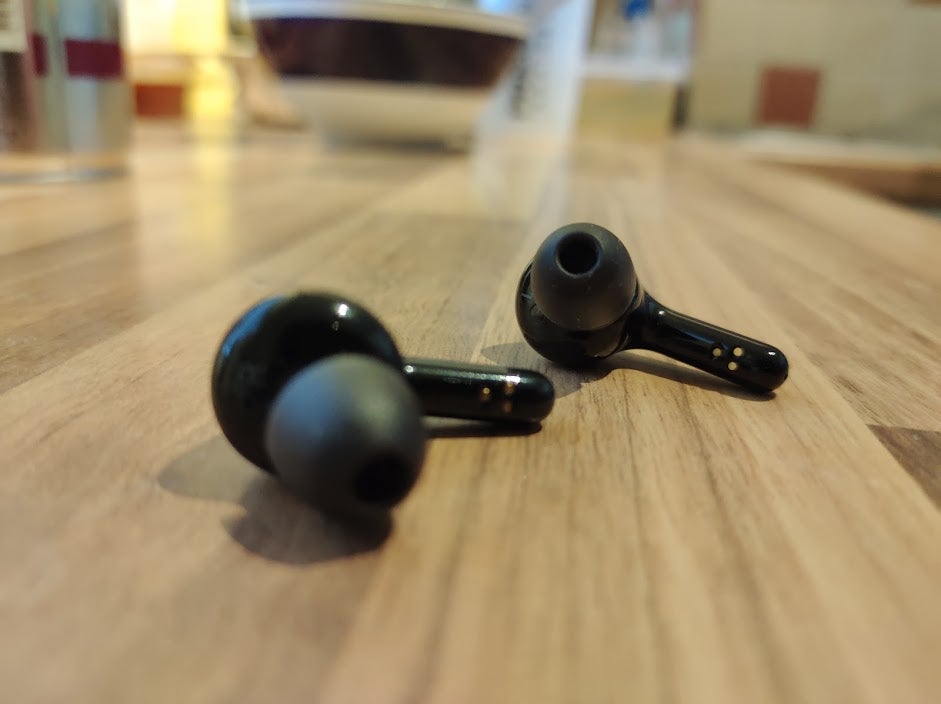 What I found to be a lot more impressive was the FN6’s ambient sound mode. Going for a cycle with the ambient mode switched on, I found the FN6 reached the perfect balance of feeding me just enough of my music that I wasn’t missing out, whilst letting in plenty of sound from the surroundings. On a busy London street, these are the earbuds you’d want.

Battery – plenty to get you through the day

Battery life is still a sticking point for true wireless earbuds, but LG’s struck the right tone with the FN6. For starters, there’s a quoted six-hours of non-stop playtime on a single charge, and an additional 12 hours from the charging case.

On a typical workday, I managed to get through just over seven hours of semi-constant use, with the headphones connected at all times. That’s in addition to the FN6 being used to send and receive audio during a Zoom call. That’s pretty impressive, and while it might not see you through to the end of a full day on a single charge, LG’s got you covered with speedy charging in the case.

After five minutes of charging, the battery of the earbuds jumped by up to 38%, which LG claims is enough for an hour’s playback, and I’m inclined to agree. There’s also wireless charging available, although this method doesn’t activate the Tone Free’s UV cleaning process.

Maybe I’ve gotten used to using cheap wireless earbuds that sacrifice sound quality to keep costs down, but I’d begun to equate the true wireless market with lacklustre sound. You can imagine the surprise on my face when I popped the LG FN6 into my ears.

For its audio division, LG gone to great lengths to highlight its collaboration with long-time hardware manufacturer, Meridian Audio, and it’s not hard to see (or hear) why.

Kicking things off with Phoenix’s Lisztomania – a song that introduces its instruments in waves and is therefore a great metric for testing – the FN6 brought out the punch in the drums and the playful melody of the lead guitar, both working at distinct levels in addition to the vocals, which boast unbelievable clarity.

That same clarity is a key theme here, with highs and mids coming through perfectly. If you’re the type of person who loves to sing along to your favourite music, you’ll a real kick out of the LG FN6. Notice, however, that I’ve yet to mention any bass, as this is where the FN6 falls short. 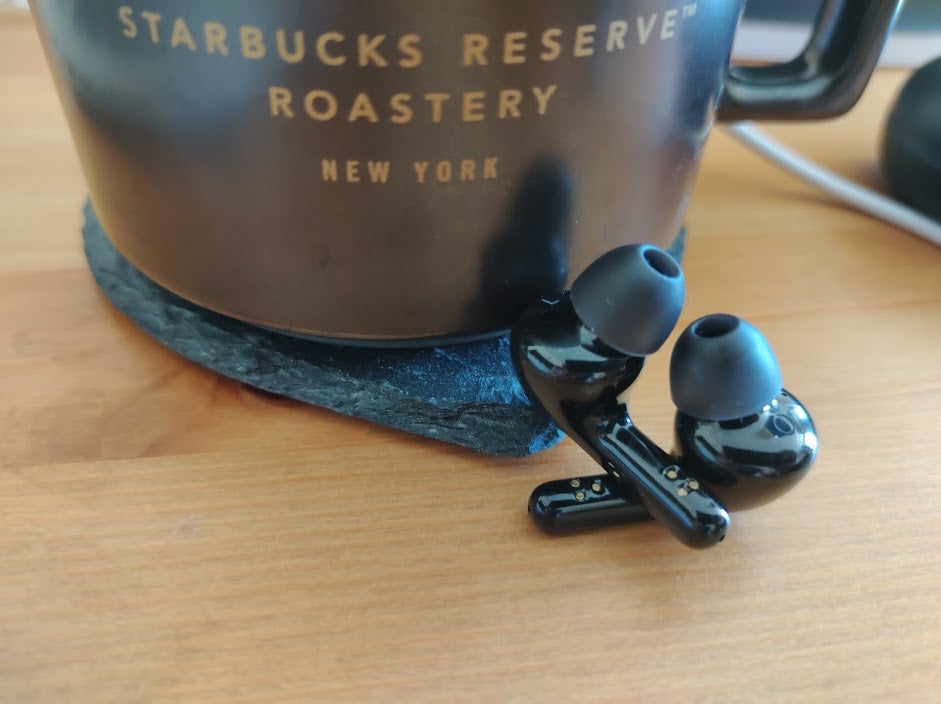 The low end is certainly there, but they aren’t given as much attention. Having recently been addicted to The Last Dance’s soundtrack, the thumping bass line in LL Cool J’s Bad felt noticeably lacking. If bass is critical to your style of music, the LG FN6 might not be the best choice out there.

Should you buy the LG Tone Free FN6?

The LG Tone Free FN6 is by no means the perfect pair or true wireless earbuds. The lack of credence given towards bass and lows, in addition to its sometimes finicky touch controls, are likely to put some buyers off. But what you’re left with is a true wireless pair with a wide-ranging feature set for a reasonable price.

The crystal clear sound make the FN6 a solid option for music fans who don’t want to spend too much. Having the stylish UV light-cleaning, charging case is just a cherry on top, in addition to the excellent battery life.