Not very long ago I reviewed LG’s Shine. Though it’s a handset that looks really good with its silver metal casing and clever slider format, in the end I decided it was a triumph of design over usability.


The phone I am looking at now was jointly designed by LG and Prada, the latter being, according to handset’s press release, ‘one of the world’s leading brands in the luxury goods industry’. I’ll take its word for it.


The duo has gone for broke and given this handset a giant sized touch screen and no physical number pad (sound familiar?). There is much room for things to go wrong here, methinks, so when the Prada arrived, I felt a shudder of Shine-induced trepidation.


Still, straight out of the box the Prada looks very appealing. It fits neatly in the hand and pocket at 98.8mm tall, 54mm wide and just 12mm thick. It weighs just 85g, and its black and silver colouring looks pretty stylish.


My review sample had been through a few hands before it got to mine and was rather scratched. I reckon that if you buy one of these you are going to need to take very good care of it to preserve its pristine sheen. The provided leather pocket will help at least. About a centimetre of the handset protrudes above the top of the pocket – just enough to show off the phone’s Prada logo, in fact. 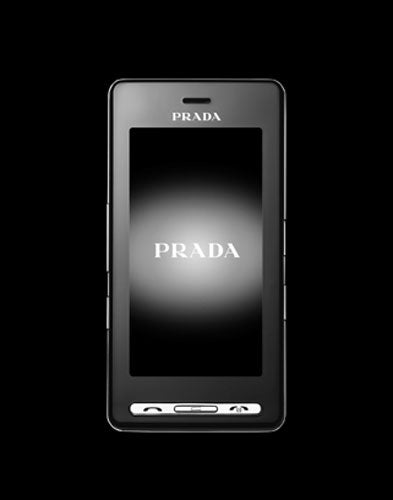 Look only slightly more closely and a build quality issue hits you in the face. The shiny black plastic that form the front and back shell and the silver metal used for the camera surround and front buttons are all pretty nice. The Prada logo on the front – again picked out in silver – is a little blingy for my taste, but the real problem is the silver trim around the phone’s four edges – it is made of plastic. Come on, Prada, as a leading brand in the luxury goods industry don’t you think metal would have been a better choice?


For all its pretensions to be usable via its touch screen, several buttons lurk around. The front buttons I mentioned earlier sit on a slim silver bar and comprise Call and End buttons and, in between them, a tiny back button.


The right edge has a lock button, and one which on a short press launches the handset’s music player and on a longer press launches the camera. On the left edge are a volume rocker, which doubles as a scroller, an OK button and a covered proprietary slot shared by headphones and mains power adaptor.


The Prada is Tri-band GSM with GPRS and EDGE. Built-in software includes mobile email, a Web browser, voice recorder, alarm, calendar, calculator and unit converter. A couple of games take advantage of the touch screen. For example one is called Photo Puzzle. It scrambles an image into blocks and you need to reassemble the image tapping the blocks to swap their locations. One game even pushes the screen into wide format for play.

Built in memory is fairly limited. You have space for 300 SMS messages and 1,000 contacts, just 100 calendar items and 50 text memos. There is 8MB of memory for other stuff such as games, sounds, images and videos. There is a microSD card slot for expanding on this, and you get a 256MB card, but LG has managed to locate the slot awkwardly. You have to remove the battery to get to it.


The phone can play music coping with MP3, AAC and WMA files. There is also an FM radio. I couldn’t test the quality of music playback through the headphones as I didn’t get a set with the phone which is irritating.


You dial voice calls by tapping at an on-screen number pad, and enter text for SMS and text memos in precisely the same ways as you would use a standard button based keypad. T9 is supported.


The usability of the touch screen and the general construction of the user interface are the real make or break factor for this phone. You may be drawn to the Prada by its looks, but you are going to use it everyday via the screen, and if that is not up to standard, then the Prada could turn out to be just another gadget lying at the back of a drawer. 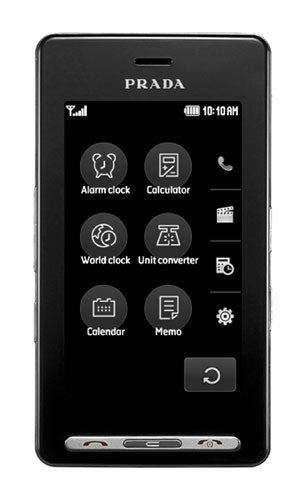 The screen measures three inches corner to corner, and delivers 240 x 400 pixels of data. Sometimes it pops into wide mode – I’ve mentioned a game where this happens, for example – but this facility isn’t always there when you need it. The web browser would have benefited from a widescreen viewing option, but doesn’t get it.


Tapping at the screen requires different levels of precision depending on what you are doing. In most cases the ‘buttons’ have been made large enough to hit with a thumb with no trouble. In some the games though, the icons are smaller and I was not precise enough to hit the required parts accurately.


When working with text rather than number dialing, for example, writing SMS messages or entering web site addresses, the lack of tactile feedback meant I had to slow down and take more care than usual. Still, overall I found the touch screen responsive to taps and not too testing to use accurately provided I didn’t try to go to fast.


A lot of thought has gone into the user interface. On the main screen there are shortcuts to the phone dialler, messaging and contacts as well as to the main applications menu. Choose the latter and tabs down the right edge enable you to move between groups of applications: Call and Data Communications, Multimedia, Organiser and Diary and Settings. Most of the time a ‘back’ icon is on screen in the same place – bottom right corner. If it isn’t there, the hardware back button between the Call and End keys is always available.

The handset comes with several themes. The Prada theme has black and white icons. Others include the one pictured, which is called Fish, and another called Butterfly which features animated icons on the front screen. They roam around at will, and are drawn to any spot you tap.


The camera shoots stills at resolutions up to two megapixels, and it has autofocus, a flash and a self portrait mirror. There are plenty of other settings, including presets for different lighting conditions, self timer, and burst mode on the lower resolutions. But for all these features I found it disappointing.


The coloured dish, which is my standard reference shot and was taken indoors with the camera on auto settings, is lacking in vibrancy. The flowers, which were shot outdoors on a sunny day are not as sharp as I would have liked.


Shutter lag is the real problem, though. If your subject is still and you can hold the phone steady you stand a chance of getting a reasonable photo. But the phone takes a while to focus before actually shoots at which point both you and your subject may have moved. 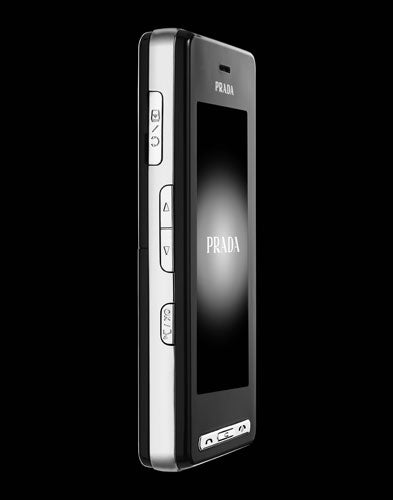 There are no cat photos with this review for precisely this reason. I took plenty of shots, but they came out as either the empty space where a cat had been, the blurred image of a cat moving, or shots of the back end of a cat when I had originally been focussing on something more, um, interesting.


I asked the Prada to play music non-stop and it did so for four hours nine minute. Then it refused to play anymore, but the battery kept the phone going for a total of 10 and a half hours. This isn’t anywhere near what the Shine achieved, but it is still pretty good. I suspect in the real world users might like to get more music for less battery life, though, and the ability to override the ‘music off’ state might be handy.


I want to say ‘eat your heart out Apple, this is one in the eye for the iPhone’. And indeed LG and Prada have come up with a touch screen interface for a mid-range phone that actually works quite well and is available today. But the silver plasticy parts are a disaster for a phone that wants to look cool, the camera is poor, and I’m sure the casing won’t be scratch free for long. 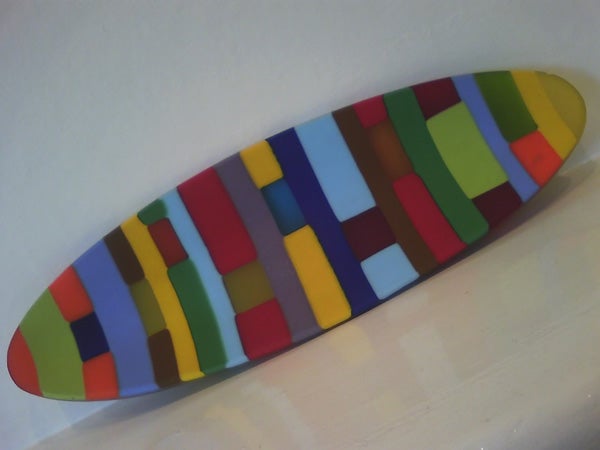 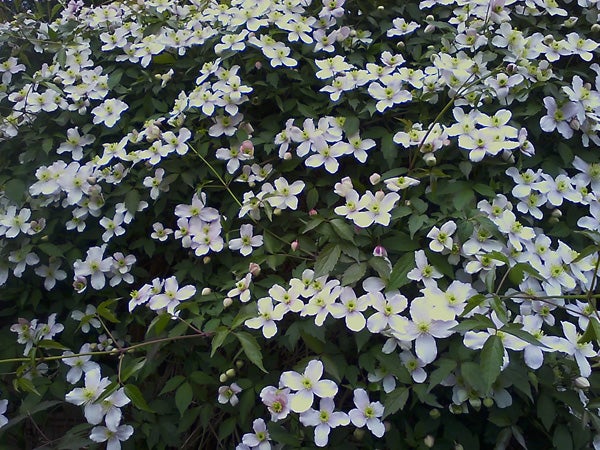