The LG Optimus Vu is an interesting and commendable concept, taking the large screened smartphone in a slightly different direction by having a shorter, wider screen. However, even more than the Samsung Galaxy Note, it really is a bit too big.

The LG Optimus Vu takes on the Galaxy Note by sporting an enormous screen and coming with a  capacitive stylus. LG insists it’s way is better all round, though. We got hands on to find out. 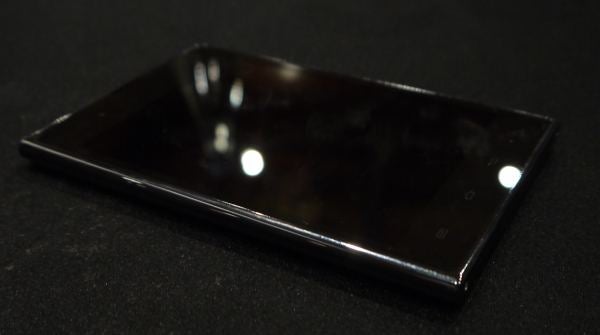 One thing’s for certain, like the LG Optimus 4X HD, the Vu isn’t the most elegant device we’ve ever seen. Like that handset it has a peculiar crinkled glossy plastic back. It’s clearly an intentional design feature rather than a cost saving measure or consequence of the choice of materials, but it’s not one we agree overly with, though we appreciate this is very subjective. 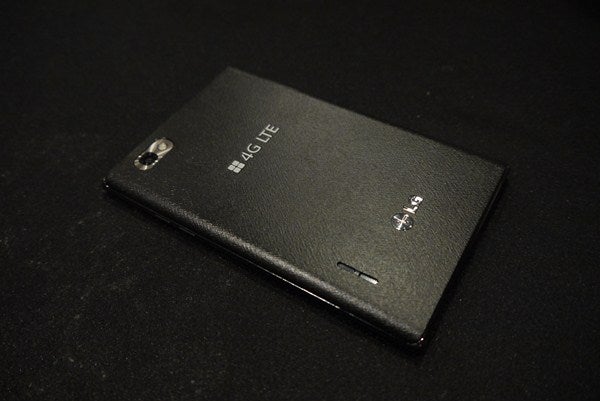 Otherwise we’ve few complaints about the styling. Except, of course, for the fact it’s massive. The screen is 5.3in from corner to corner but because it uses a 4:3 aspect ratio it’s considerably wider than any other phone on the market. This extra width clearly has its problems as the phone both looks a bit odd and is inevitably difficult to handle. LG claims it’s more pocketable than the Note because it’s not as tall but we’re not so sure. Both are too large for many trouser pockets, and those pockets that will accommodate either will probably fit both. 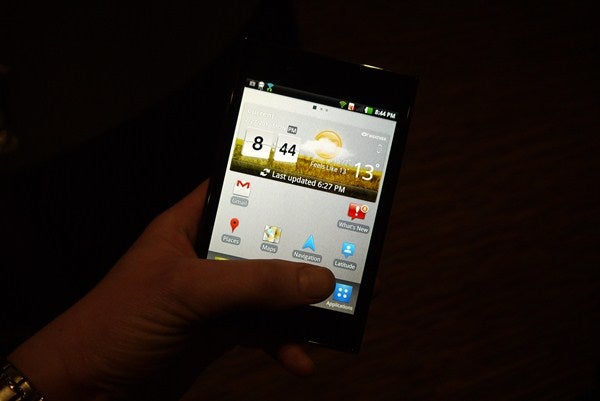 We nestled the phone as snugly as possible in our hand and stretched for the other side but found our thumb was still a clear icon width away from the far edge, and of course there was plenty of screen real estate left unreachable up top too.

However, use the phone with two hands and it begins to make sense. There’s plenty of room for your hands to sit and the keyboard has masses of room to stretch out and provide massive easy to hit keys. Indeed the typing experience is excellent, helped also by the responsive touchscreen and fast 1.5GHz dual-core processor – that’s right, no quad-core here. 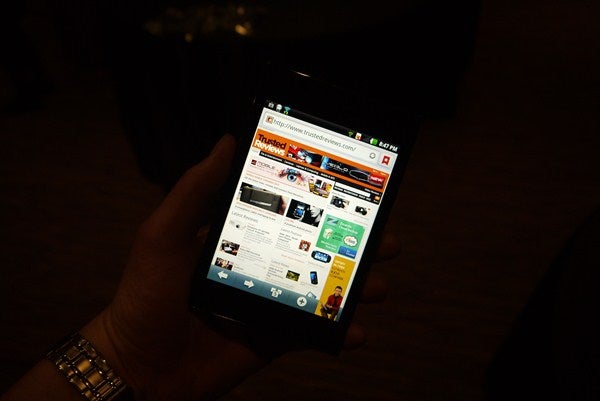 The fat screen also makes sense when reading e-books and browsing the web as, respectively, you can fit more words per screen and there’s less need to constantly zoom in and out to make text readable. 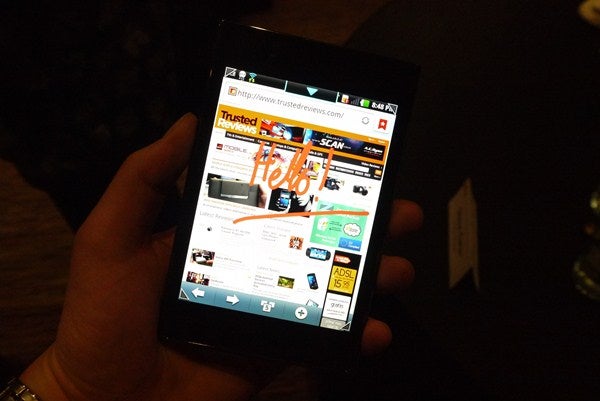 It of course also makes sense when it comes to using the stylus. As proved by the new Samsung Galaxy Note 10.1, the larger the screen, the better the pen experience, and so it is here with the extra width giving you a bit more room to rest and stabilise your hand. On the other hand, the stylus is capacitive rather than using a digitizer, so you don’t get the pressure sensitivity or fine tip of the Note. Essentially, it’s like using a thin finger, which is far from ideal. It’s also nothing unique or special, as capacitive styli have been available for all capacitive touch devices for years now. 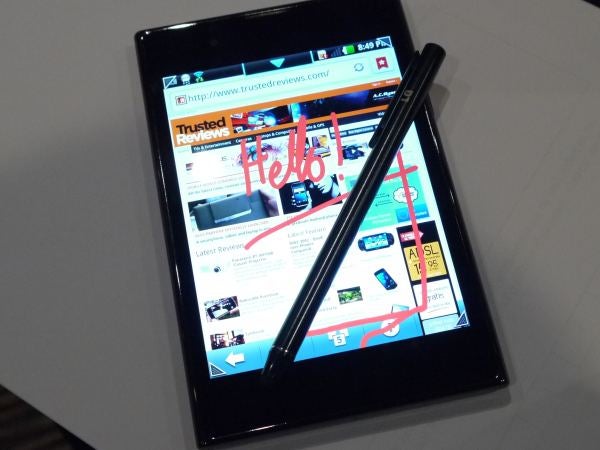 So the pen experience isn’t all that great, though we agree with LG that the larger pen feels better in the hand than the Note’s tiny one and that the rubber tip provides a better feel. The fact you can’t dock the whole thing in the phone is yet another inconvenience though, so it’s a generally inferior experience all round. 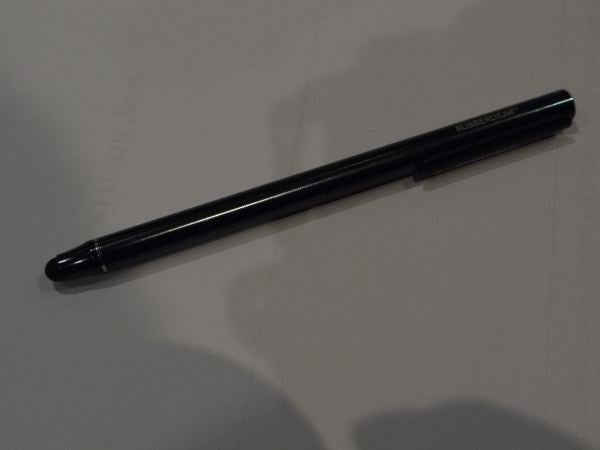 A dedicated screen-capture button sits along the top edge alongside the headphone jack, microUSB (MHL) port that’s hidden behind a sliding door, and the power button that’s outlined by a funky white glowing ring. Incidentally, we’d normally lament having these buttons on the top edge where they’re difficult to reach but given the way this phone is meant to be held and used we can kind of forgive it. 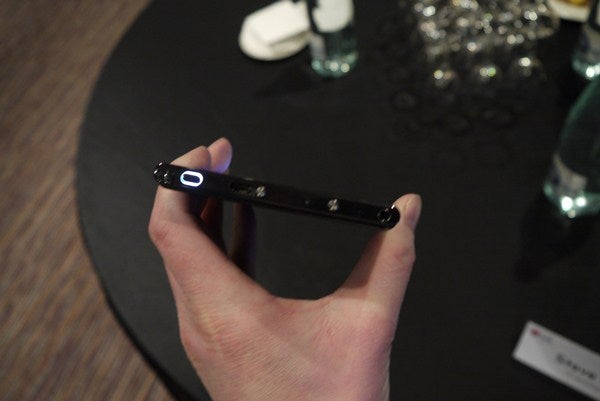 Elsewhere round the handset you’ll find a par for the course 8MP camera on the back, a 1.3MP one on the front and 32GB of storage tucked away inside.

Putting aside its size and ratio, the screen is excellent. The IPS LCD panel packs in 1024 x 768 pixels, compared to the 1024 x 600 you’d normally expect from a 6:10 ratio model, and has great viewing angles, strong colours and deep blacks.

The phone currently runs Android 2.3 (Gingerbread) but a 4.0 (Ice Cream Sandwich) upgrade will have been applied by the time the phone ships in a few months time. It has been fairly heavily customised in terms of visual tweaks but it’s mostly standard Android under the hood. Because it’s likely to be quite different by the time the product ships, we won’t dwell on the interface too much here. The obvious extras are the tweaks for pen optimisation and some extra apps, like the inevitable note-taking one. 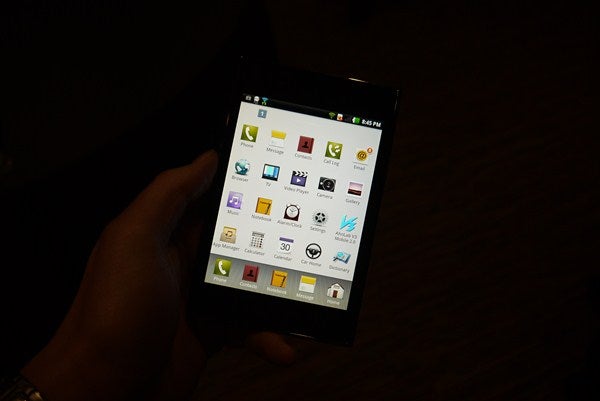 Overall, there are some elements of this phone we do like, but as phone it’s unnecessarily big. It’s both wider than the Note and the pen is far inferior. Currently the Vu is US only, but a UK version is to be announced. We’ll be interested to see how it holds up in long term use when it arrives in a few months’ time.