LG’s KG920 is a phone for people who like their handsets to have lots of buttons and, to not put too fine a point on it, a bit on the blingy side. As the UK’s first five megapixel cameraphone, it’s a phone for those who can’t see the point of carrying a digital camera with them all the time just in case they see something they’d like to photograph for keeps.


There. I’ve said it. This is a phone with a camera that’s actually worth having. Now don’t get me wrong here: if I bought this handset I would still want a separate digital camera, and there are things about the camera that I don’t like at all. But nonetheless, you can take photos with it that you would be prepared to share, keep and even get printed at A4.


The camera is though, the best thing about the KG920 and in a lot of other respects this handset disappoints.


At first glance the KG920 is all buttons, and flouts the conventions of mobile phone key layout. Under the screen the numberpad is pushed over to the left, with the right occupied by a navigation button. This latter is marked with tiny icons indicating that pressing each of its four points has specific functions. 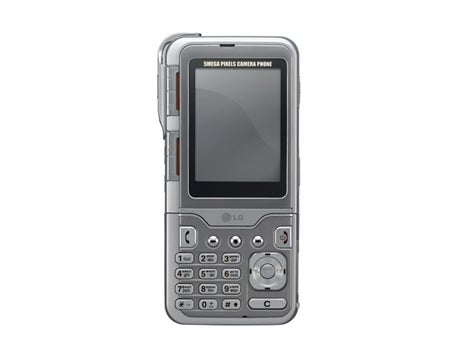 Pressing the bottom of this button takes you to the handset address book. The left edge accesses profiles. The right edge takes you to a four way scrolling menu where you can choose to go to voicemail, messaging, calendar and the device alarm. The top edge drops you into a listing of nine favourites actions, which you can then invoke using the numberpad. Customisation, then, is not a problem.


Three softmenu buttons sit above the numberpad and navigation button. The left and right ones get most use, while the middle one occasionally has a role to play too. These buttons are not directly beneath the screen and it took me a while to be able to use them intuitively. The other button in this area is a large Cancel button underneath the navigation button.


To the left of the screen are two pairs of buttons. The bottom pair launches the calendar software and music player. When you are using the camera they let you toggle through settings for the timer and flash. The upper pair is used with the camera’s zoom feature. All these front buttons except the Call and End buttons have an orange backlight which pops up whenever you press anything. Call and End are green and red respectively, as you’d expect.


The left and right edges are pretty busy areas too. On the right are slots for a miniSD card, headphones and mains power and all are covered. On the left are volume buttons and the camera button as well as a slider for the mechanical lens cover.


The numberpad area and the screen are a long way apart from each other but there is a good reason for this. You can swivel the top and bottom sections of the KG920 around so that the camera lens is either sitting on the back of the phone or lodged under the screen. Either way the screen acts as a viewfinder, and this arrangement makes it as easy to take photos that of yourself as it is to take those of what you can see. It is a simple, clever system, and I actually prefer it to the more cumbersome contortions employed by the last twisty handset I looked at, Nokia’s fancy N93.


The maximum still image resolution of the camera is 2,592 x 1,944 pixels. You can also shoot stills at five other resolutions down to MMS quality. There is an autofocus, which can be set to either concentrate on the centre of your image or use multiple points – quite a sophisticated feature for a handset phone.


There is a sequence shot mode that can take up to six shots in quick succession, but you need to be using one of the lower resolutions for this to function – at the top res you can only shoot one image at a time. 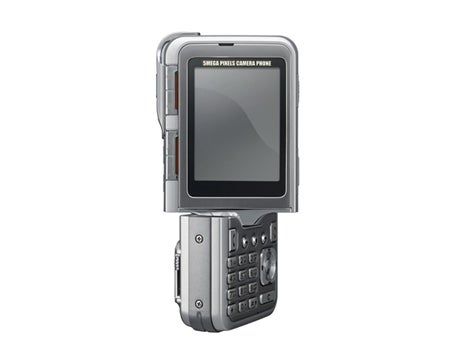 Black and white, sepia and negative filters, redeye reduction and settings for close-ups, portrait, landscape, sports and dusk shots are all included. The range available isn’t up to what you’d expect from a dedicated digital camera, but accessing the set is easy – you just use a softmenu button and the navigation pad.

In general I found the autofocus pretty slow, literally waiting for a couple of seconds for it to settle enough for some shots, and that means truly spontaneous snaps are out of the question. There was also quite a wait while highest resolution shots saved to the memory card – they average around 2MB each.


One of the biggest disappointments is that there is no optical zoom. I’d advise that the 4x digital zoom is to be avoided. And if you want high quality video then look elsewhere as the only resolutions on offer here are 176 x 144 and 320 x 240.


The Xenon flash works fairly well indoors though, and in general images were a lot clearer and sharper, and delivered better colour than I am used to seeing with a phone camera. My reference shot of the coloured plate was bright and clear. Outdoor scenes were also pretty good and the samples show a panorama with some foreground detail and a colourful closer range shot of book covers, illustrating that the camera works well in a range of situations.

The macro capability deserves a special mention. I’d not normally dream of taking the shot of the mushrooms in my garden with a cameraphone, but I was able to get very close to the subject in this case, and the shot is impressively detailed, though a tad out of focus.


There is an MP3 player here and while through the speaker music is decidedly tinny, the provided headset improves things greatly. It has inline controls, and while it uses a proprietary connector to the handset it has a 3.5mm jack off the inline control unit.


Neither the MP3 player nor the camera work without a miniSD card in the slot – probably just as well as there is only 8MB of built in memory. LG provides a reasonably sized 256MB card with the phone to get you started.


When it comes to the rest of what is on offer, things are pretty tame. There is a calendar but it is not up to much. Other extras include voice recorder, email support and an alarm clock. There is a unit converter which copes with a lot of standard stuff as well as shoes and clothes. Overall, though, the KG920 is at the lower end in terms of non-camera and music functions, and while you can use it in USB mode for file sharing with the provided cable, which could prove handy, you can’t synchronise calendar or any other data.


The KG920 is a chunky phone to carry around all the time. It measures 108mm tall x 50mm wide x 18mm thick and weighs 130g. As such it feels a bit clunky in the hand and pocket.


When it comes to battery life, continuous MP3 playback from a miniSD card lasted for five and a half hours. The screen goes off during playback and so this test is pretty close to what you’ll get in the real world, and it is decidedly average.


If you take an incoming call you have to start the MP3 player again manually as it doesn’t kick back in automatically. It doesn’t seem to remember where it is stopped either, so starts your playlist from the beginning again – very annoying.


The KG920 is definitely all about the camera and its features score reflects the quality of the images it shoots. As a handset it is chunky, and its non camera related phone features are something of a disappointment. Without the camera’s goodness it would have stuggled to score more than a six. 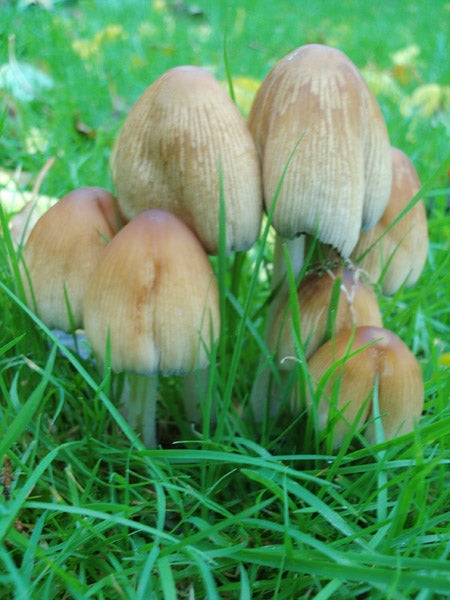 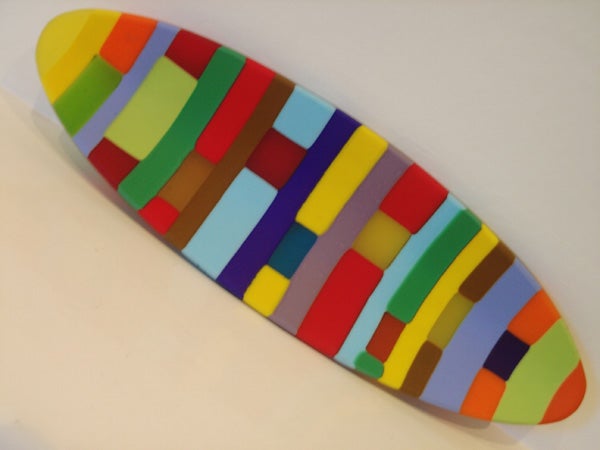 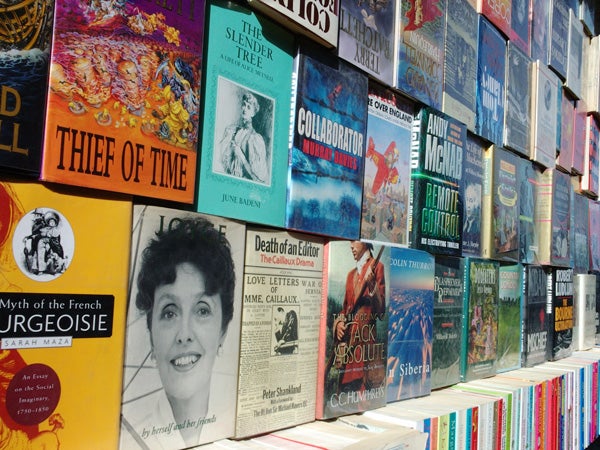 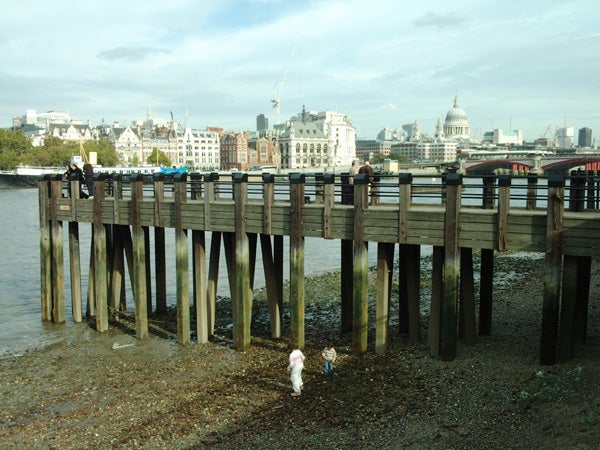 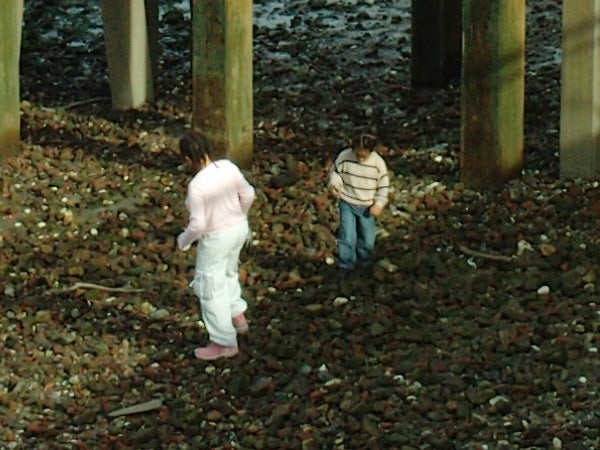