The mobile phone world isn’t always about pushing at the envelope to try to produce something flashier, cleverer and more trendy than what has gone before. Sometimes it is about producing a handset that does a straightforward job, and does so for an audience which lacks the flying fingers of today’s touchscreen lovers.


That’s what the KF300 from LG tries to be. A ‘slim and stylish flip phone for those who prefer an extra large keypad and changeable font sizes’, says LG’s website.


It certainly fits the ‘extra large keypad’ criterion. Flip phones can have disappointingly small key pads considering how much space they actually offer, but here each of the 12 numberpad keys is vast. I don’t think I’ve seen larger on a mainstream phone, only on phones patronisingly aimed at the ‘elderly’ or the ‘infirm’. 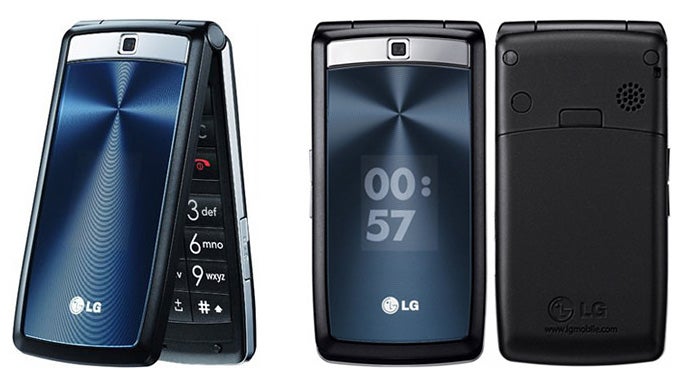 The rest of the buttons are also large. The navigation pad is surrounded by softkeys, Call and End keys, a Clear key and one which shortcuts you right into the handset’s camera. Presses on the four points of the navigation key take you to SMS creation, music playback, profiles and contacts.


With all that in mind it won’t surprise you to learn that overall this is a sizeable phone considering that it is a flip. It is 98.8mm tall, 49.5mm wide and 16.2mm thick. It grows to a shade over 180mm when the flip is opened. For all that heft it weighs just 98g. 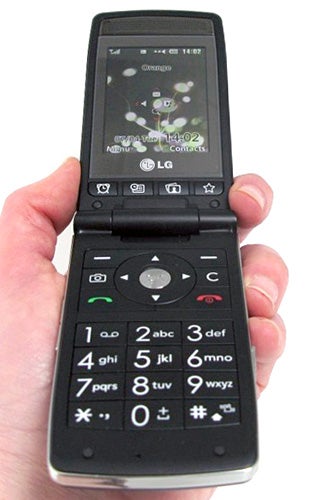 The size of this handset has not only allowed LG to fit in a big numberpad. The screen section also has its own surprises in the shape of four buttons nestled beneath the screen. These are shortcuts to the phone’s alarm, calendar, photo album and a favourites listing which you can populate with up to 12 more shortcuts which themselves map to the 0-9, * and # keys. Between them this little lot means that a lot of what the phone has on offer only needs to be a maximum of two key presses away.


The screen itself is not compromised too much by the presence of those buttons. At 2.2in diagonally it is an average size, and its 240 x 320 pixels are perfectly adequate. Above the screen is a large grille containing the handset speaker.


There is a front screen and this displays the time in absolutely huge characters. It also tells you the number or contact ID of incoming calls and will display an alert for incoming messages.

So, going back to that quote from the LG’s website, is this a ‘slim and stylish’ flip phone? Well, I’m not sold on the stylish angle, to be honest, and nor is it overly slim. And as for the ‘changeable font sizes’, well, yes indeed. In the settings area there are no less than five sizes to choose from: normal, medium, large, very large, and super. Between the five sizes there is quite a range, and if you find some handset fonts squint-inducing, the larger ones here should suit you well. Though of course, the larger you make your text the less of it you can actually see on screen at any one time.

This is all good news if you sometimes struggle with smaller mobile phones. But if you are looking for a top-notch feature set to go with the usability plusses you could be looking in the wrong place. The KF300 is a quad-band handset but it lacks fast data capability. There’s no Wi-Fi or GPS, and there’s no accelerometer.


There is a mere 14MB of built-in memory, too, but you can build on that with microSD cards, though the slot is very inconveniently located under the battery requiring a power down if you want to swap cards. 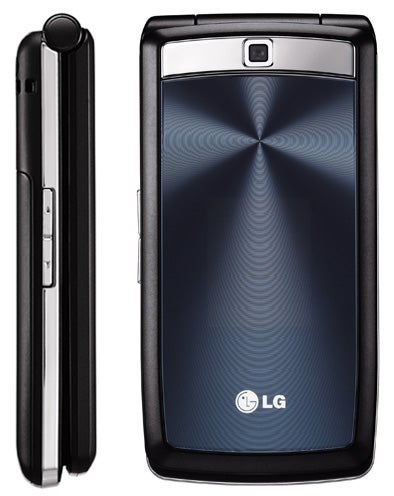 If you want to use the handset for music playback make sure you put any tunes into a file you create on your microSD card called ‘Sounds’ or the KF300 won’t find them. Really, that is unforgivable. It is old fashioned for a handset not to be able to locate tunes anywhere on a memory card and compile them into a library, but the problem is compounded by the fact that LG has come up with such an ergonomically usable phone on the hardware side of things. Bah!


LG has eschewed the concept of a 3.5mm headset jack on the phone in favour of a proprietary connector that is shared with the mains power adaptor. This is located on the side of the handset, where it is ripe for pocket-snagging. The good news is that just past the microphone there is a 3.5mm jack so you can use LGs own in-ear buds or your own favourite earphones.

The camera shoots images to just 2-megapixels in size, and is, as you might expect from that specification, a bit disappointing. Even at the superfine quality setting, images lacked definition and detail, and the camera had real trouble indoors. The coloured dish, photographed under normal household lights, looks dingy, though colour reproduction is OK. Outside, the chair is reasonably good, though its white is not uniform, and the flower’s bright yellow was obviously too much for the sensor to cope with perfectly.


Web browsing is possible but painful. The browser doesn’t do zooming or offer a full screen mode, so you have to wait for a page to come through and then use the navi button to browse around. Like I said, painful. 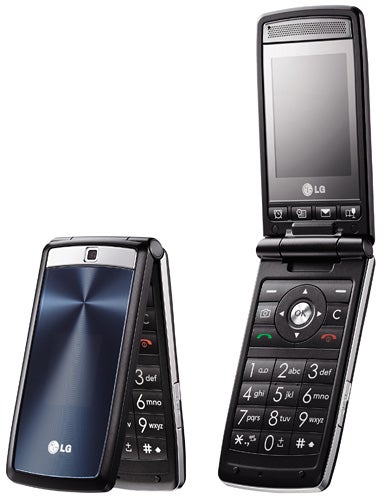 Battery life is pretty good. LG says you will get up to two hours of talk and 200 hours on standby. I had no trouble going for two days between charges with a bit of music listening thrown into the mix. If you want a phone just for infrequent texting and calls you may get quite a bit more.


The range of applications is fairly standard. Over and above what I’ve already mentioned, there is an FM radio, calendar, memo maker, to do list, voice recorder, mobile email, calculator, stopwatch, unit converter and world clock.


The LG KF300 has decent battery life and great ergonomics as far as the hardware is concerned, plus a huge range of font sizes too. I’m not sure the largest fonts are entirely suited to its small screen, but if your eyes need larger fonts you may be happy with the compromise. However, the lack of Wi-Fi and GPS, the awkwardly positioned microSD card slot beneath the battery, and the camera are disappointing. 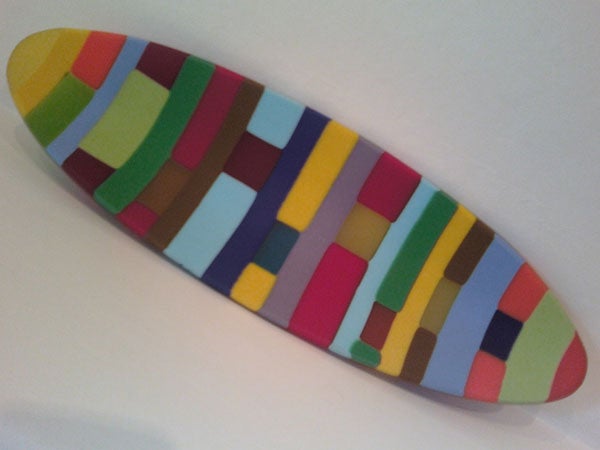 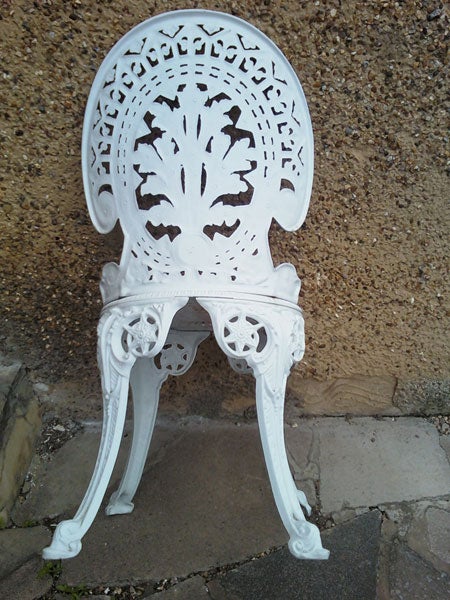 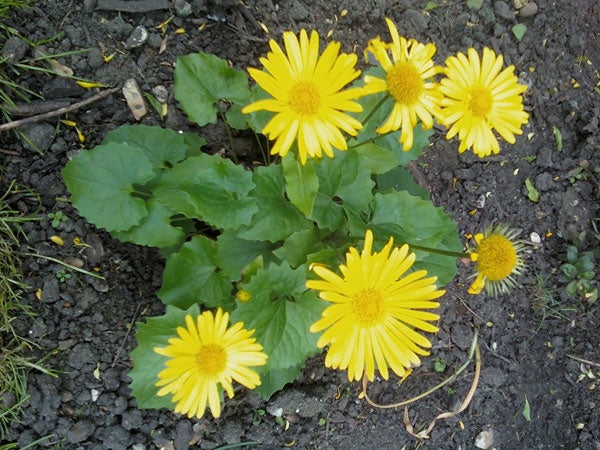