If you’re looking for a great-value one-box home cinema system, then LG is always an excellent place to start. The Korean giant boasts a wide range of affordably-priced systems that cater for a variety of needs and room sizes, and each one is packed with the latest features. The HT903TA is a case in point – for under £300 you get a full 5.1 system with tallboy speakers, which can fire out 1,000W of audio power and play back a wide array of media formats. 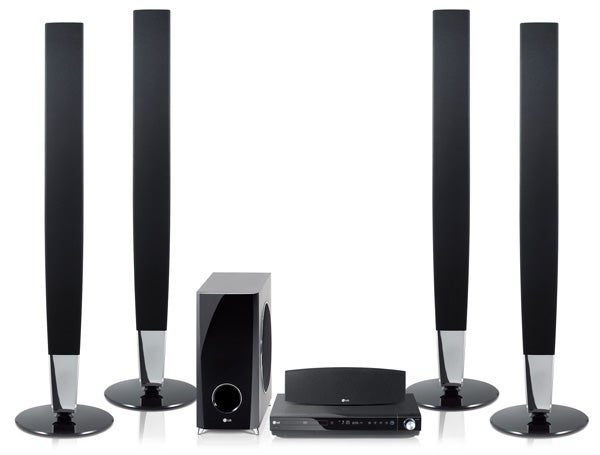 The HT903TA is attractive too, with every component and speaker styled in black to give it a sleek, fashionable look (and to match LG’s LCDs and plasmas of course). The main unit, which houses the DVD/CD player, amplifier and all the relevant processing, features an alluring gloss black fascia with a volume dial on the right, highlighted by an eye-catching ring of blue light. Only a few playback buttons adorn the front, and under the flap on the sloping underside you’ll find a USB port and a 3.5mm minijack input for hooking up MP3 players.


The four tallboy speakers stand over 1.2m tall and slot snugly onto the supplied stands (also styled in gloss black). The gently tapered shape is a nice touch and they feel surprisingly robust, although there is still a touch of that unmistakeable hollowness that you normally get from one box system speakers. You also get a smaller, horizontally-shaped centre speaker and a smart gloss-black passive subwoofer, but its light and hollow construction doesn’t exactly fill us with confidence over its bass performance – let’s hope it proves us wrong.

LG has equipped the rear unit with a healthy array of sockets, including HDMI, component, composite and RGB SCART outputs. It’s particularly pleasing to see an HDMI input on the rear too, which is handy if your TV only sports one input as you can loop another component though the system and take advantage of its audio decoding. You’ll also find optical digital and analogue stereo audio inputs for your other kit and an FM antenna input for the radio tuner. Last but not least is an iDock connection, which lets you play your iPod and control it using the LG’s remote. 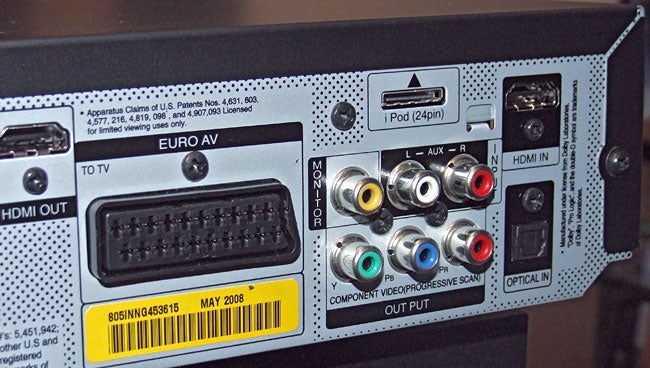 As for features, the HT903TA is packed with many impressive talents, many of which are also found on the more luxurious but more expensive HT953TV that John rated highly back in October 2008. This system also offers the 10.1-channel Virtual Sound Matrix, which adds a phantom channel to each of the five satellites in a bid to create a more immersive 360 degree soundstage. The same technology can also be used to boost two-channel sources up to 5.1.

Another unusual feature is USB Direct Recording, a way of ripping MP3 files from CD directly onto a USB flash drive or MP3 player, but it’s a shame that you can only rip them at 96kbps or 128kbps. The USB port can also be used to play MP3, WMA and DivX files, making this system a very effective multimedia hub.


Elsewhere features like Simplink HDMI CEC and lip sync correction may come in handy, and of course the system can upscale DVDs to 1080p. It supports Dolby Digital, DTS and Pro Logic II, plus there are loads of sound DSP modes and processing to suit different types of material. 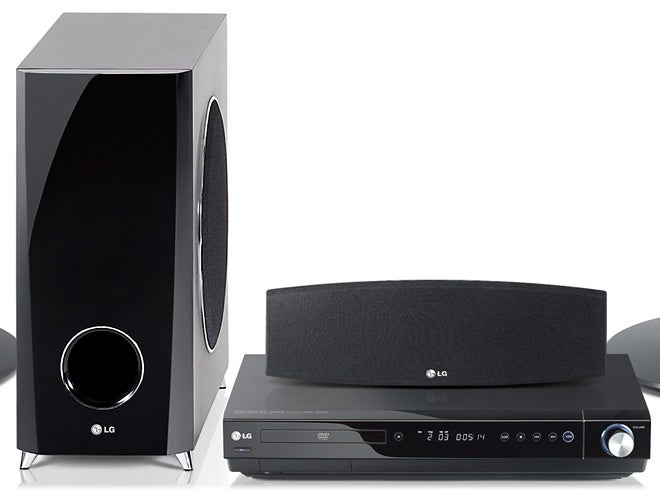 Like any good one-box system, setup is an absolute breeze. The springclip speaker terminals are colour coded to correspond with the supplied speaker cables for ease of installation, while the setup menu is easy on the eye and presents its limited array of options in a simple, straightforward manner. There’s a speaker setup screen, which lets you set the size, distance from listening position and volume for each channel. The remote sports large, well-labelled buttons and a sensible layout, and it’s also worth pointing out that it features a strange dappled texture that makes it a little more stylish than your average remote. 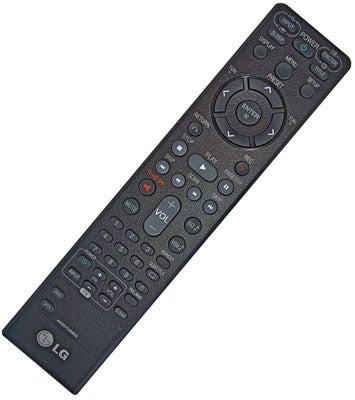 LG recommends this system for rooms over 20m², and after hearing it belt out ”The Matrix” we’d have to agree with its assessment. On paper it’s certainly powerful enough to fill a large room, with the fronts, centre and rears all supplying 155W and the sub mustering 225W – all of which sounds pretty optimistic for a one-box system but whatever the rating it certainly packs a punch with the movie’s energetic action scenes.


Neo and Trinity’s infamous lobby shootout demonstrates the system’s ability to deliver transients with remarkable bite and aggression. The relentless gunfire effects during this scene ping around the soundstage with so much force that your ears won’t know what hit them. Likewise the scene that starts with Neo blasting the skyscraper windows from a helicopter – the machine gun effects are forceful and intense, and the subsequent roof-top action is delivered with breathtaking gusto.

However, while this immense power and attack is great for making a big impact, it’s not always comfortable to listen to – after a while it starts to get tiring on the ears, due mainly to the hard, harsh edge to the treble and the complete uselessness of the subwoofer. Despite having ”The Matrix’s” constant supply of big explosions and rumbling effects to get its teeth into, the sub barely makes its presence felt, which leads to a very lop-sided soundstage. It’s a shame as a bit more bass presence may have papered over some of the cracks elsewhere.


As for the Virtual Surround Matrix, the effect is something of an acquired taste as John found with the HT953TV – personally I liked the way it ‘filled in the gaps’ around the soundstage and plunged me deeper into the action, but it certainly never felt as though there were five new audio channels around me. The virtual channels act more like diffusers, blurring the specific locations of the existing channels to achieve a fuller, more coherent soundstage. 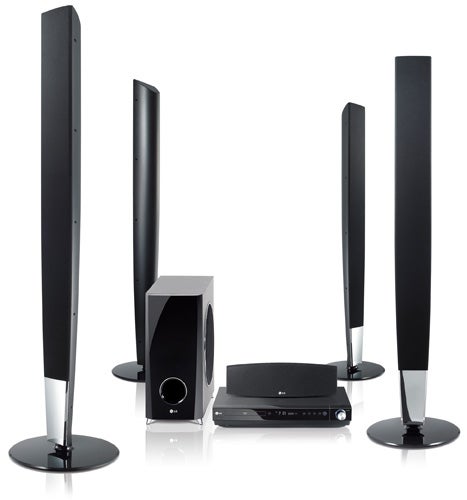 The HT903TA’s 1080p picture quality is solid, with rich, smooth colour reproduction – including excellent handling of subtle skin tones and shading – plus clean edges and sharp, focused detail. A run-through of the HQV Benchmark disc suggests that the upscaling isn’t quite as powerful as some of the good standalone players we’ve seen of late, with some jaggies and noise visible in some of the key test patterns, but overall it’s not bad at all, particularly at this price.


It might not be the most robustly built or sonically competent one-box system we’ve tested, but there’s no denying the HT903TA offers terrific value for money in other areas. It’s packed with great features like VSM, it looks great and can generate a remarkably powerful sound. Had LG’s audio boffins dialled down the harshness and paired the system with a different subwoofer it could have been a much better proposition overall.