With so many all-in-one home cinema systems passing through our doors, it’s always refreshing when one comes along that offers something a little bit different. The HB45E is one such system. It’s a 2.1-channel affair with a couple of lovely design quirks and as many cutting-edge features as you can squeeze into a £250 system.


The HB45E is devilishly good-looking, with a Blu-ray/receiver unit unlike any other. It’s a compact vertical box, looking more like an Xbox or Wii than a Blu-ray player, and it’s styled in a deep gloss-black finish. On the front are a disc slot and a small display panel that shows the running time during playback and other selected messages. Prise open the flap at the bottom and you’ll uncover a USB port and minijack audio input for MP3 players. On top of the unit meanwhile is a cluster of buttons for up-close control, nicely accentuated by a silver ring. But here’s the clever part – if you can’t accommodate the unit vertically it can be turned on its side, and when you do the display also flips 90 degrees so you can read it properly. 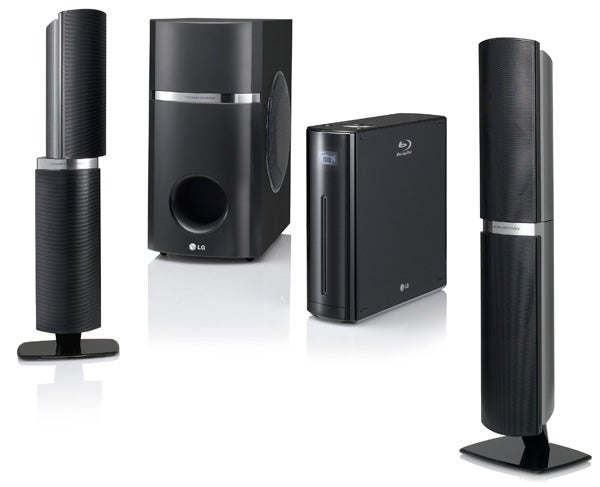 As for sockets, the lack of HDMI inputs on the back is disappointing but the rest of the line-up is solid enough. Two optical digital audio inputs allow you to pipe your Sky box and games console to the HB45E for instance, and they’re backed up by a single analogue stereo input. You’ll also find a composite video output, FM antenna terminal, Ethernet port, connector for the supplied iPod cradle and an HDMI output. The panel of springclip speaker terminals makes it quite fiddly to connect the cables – give us plugs or binding posts any day of the week.


The front speakers also boast a touch of innovation. They’re separated into two sections, with the top half containing one of the woofers able to be twisted so that the sound is projected directly towards you. Aside from that, they’re styled in the same gloss-black finish and the silver band that separates the two sections is classy. It’s worth noting that they’re not particularly discreet – each one stands 484mm tall and has quite a chunky shape.


The same can be said for the bulky passive sub, although its fetching gloss-black styling with silver trim at least makes it pleasant to look at. It’s a shame it isn’t wireless though, which means placement is limited to the length of the cable.

One thing you always rely on with LG all-in-one systems is that you’ll be spoiled for features. The HB45E continues this tradition with a list that takes in the entire gamut of Blu-ray essentials and some networking tricks, although there’s no built-in Wi-Fi adapter, which means you’ll need to hook up an Ethernet cable to access BD Live, DLNA media streaming and Internet content (and you can’t add an additional dongle either).


Media streaming from PCs and NAS drives is by far the most useful networking function, particularly as the system will play a wide range of file types – MP3, WMA, AVI, MKV, DivX HD and JPEG to name but a few. These can also be played from USB sticks connected to the front-mounted port. Your content is housed in jazzy, easy-to-follow onscreen menus. 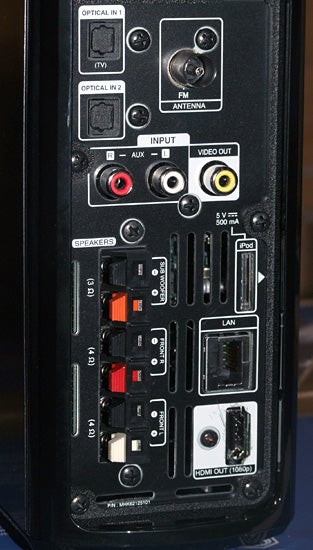 NetCast is LG’s Internet content portal and brings three sites to your screen – YouTube, Picasa and AccuWeather.com. Not a great selection, but LG recently announced that it is adding BBC iPlayer, Acetrax, Google Maps, Facebook, Twitter and an Internet radio app to its TVs, and these could, in theory, also be made available to LG’s Blu-ray products.


On the audio side, the system can decode all HD audio formats, although you’ll only get the pleasure of hearing them in 2.1, plus there’s a range of ‘Sound Effect’ modes that includes Bass Blast (which emphasises low-frequency effects), Clear Voice (a speech enhancer), Virtual surround, Game, Night, Music ReTouch (for compressed music playback), Natural, Natural Plus and Loudness, plus a processing-free Bypass mode. These can be toggled through using the dedicated button on the remote. 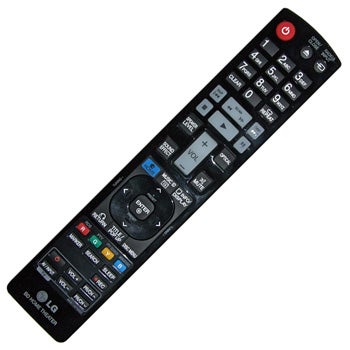 There are some other neat features on board, including a CD recording feature that lets you rip tracks from CD onto a connected USB drive and access to a Gracenote Media Database, which calls up information about a disc when you load it.


The HB45E is also simple to use. LG has a real eye for onscreen design and as a result the main Home menu is a rare treat, with its use of animated icons ‘floating’ in a tank of water. It’s just a shame that the cursor is slow to move from option to option. The other menus (setup, MP3 playback etc) look more basic with their straight-up lists, but the cursor responds a lot more quickly.


The remote is a standard-issue LG zapper, long and slender with carefully arranged and neatly labelled keys – some of which glow in the dark. There’s a combination of hard, clicky and soft, spongy buttons, and cleverly some of the middle buttons are raised slightly to help you operate the system without even looking. The panel of menu controls is also smartly arranged with all of the key options close by.

Onto performance and although the HB45E’s sound has distinct budget traits, it’s actually a very competent system, and if you’re upgrading from TV speakers then it’ll augment your enjoyment of movies tenfold. What we like most is the crispness of the sound – like many of LG’s systems, it’s been tuned by audio guru Mark Levinson and he’s geared it towards those who like lots of top-end in the mix, coaxing out the detail of Blu-ray’s Dolby TrueHD and DTS HD Master Audio soundtracks.


Case in point: ”Inception”, which the LG presents with a beautifully lively and textured character. Its complex action scenes are alive with subtle background sounds and aggressive ‘foreground’ effects like shattering glass and gunfire, which are conveyed without excessive harshness – although they’re not as snappy and controlled as a decent amp/speakers separates pairing. 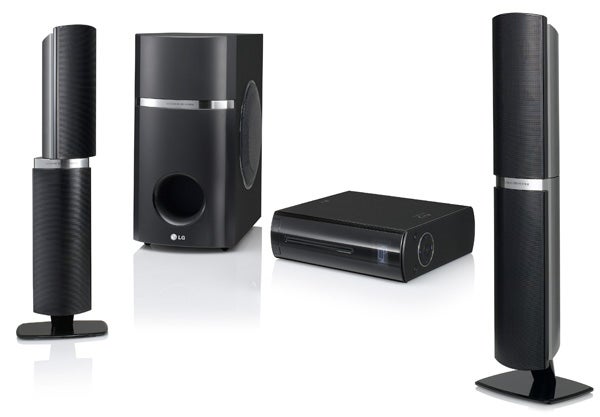 It’s an open, airy sound, with all of the elements given room to breathe within the seemingly narrow front soundstage. Those front speakers also do a great job of isolating dialogue so that important exposition doesn’t get lost amid the carnage. Virtual mode, or any of the other Sound Effect modes for that matter, do little to improve width, so stick to ‘Bypass’ or Natural where possible.


Despite the crisp, trebly sound, there’s enough body in the midrange and bass depth to keep the sound balanced. Inevitably the passive subwoofer lacks the punchiness and agility you get from a good powered sub, and as a result LFE-laden action scenes can get a little muddy, but despite its flaws it’s probably one of the better all-in-one subs we’ve tested of late.


The upbeat synth-pop of Mark Ronson’s ”Record Collection” sounds rhythmic and vital, with that inherent crispness pushing the hi-hats to the fore, but the afore-mentioned sub shortcomings mean that the kicks and basslines aren’t quite as tight and ‘phat’ as Ronson probably intended. But that doesn’t necessarily stop it from being a perfectly enjoyable system for everyday listening.


On the visual side, the HB45E transmits pictures to a TV with not a pixel out of place. ”Inception’s” images are clean, razor-sharp and most importantly the system captures its bold, lustrous cinematography. With more colourful fare like ”Iron Man 2” or ”Avatar”, colours are treated with unerring naturalness and subtle shading.


The HB45E’s main selling point is its unusual cosmetic approach, which makes it a distinctive, flexible and appealing system. But it’s not just a pretty face – behind the style is a great-value, feature-packed system that does a decent job with Blu-ray soundtracks and music, delivers stunning hi-def pictures and presents few operational problems. Some HDMI inputs, Wi-Fi support and a wireless sub would have been nice, but if you’re only shelling out two hundred and fifty quid, beggars really can’t be choosers.