You can tell that a market is saturated when the selling points of any given device become incredibly fatuous. Compact cameras are a good example. Manufacturers are falling over each other to promote cameras with face detection, smile detection, crotch detection and other mostly useless guff. Sooner or later someone’s bound to develop a camera that can do everything by itself and that can be sent on holiday on its own, safe in knowledge that’ll it’ll come back loaded full of pictures large enough to be printed over ten sheets of A1 paper. 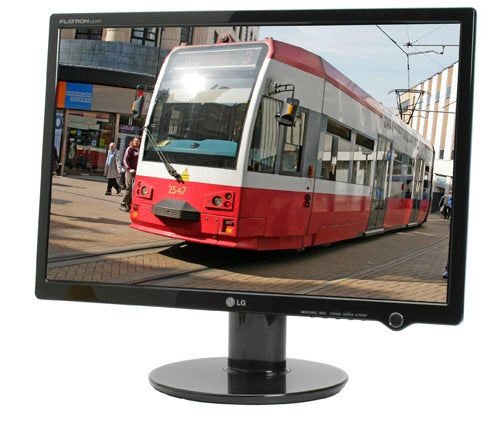 Much the same can be said of LCD monitors, especially those of the 22in variety. Long has passed the time when large widescreen monitors were a novelty, consumers have voted with their cash and manufacturers have duly obliged. Unfortunately, with so many now available and some, like the Hanns.G HG216D we looked at last week, available for stupendously low prices, manufacturers are quickly running out of ways to differentiate their products, especially since the former favourite hobby horse of response time has long since become an anachronism.


LG’s latest 1,680 x 1,050, 22in offering is a perfect case in point. Yes, it has a super low response time – 2ms grey-to-grey if you happen to care – and all the other baubles such as HDCP support that we’ve come to expect, but LG is also claiming a stupendously high 5,000:1 contrast ratio when using the F-Engine’s ‘Movie Mode’. F-Engine, if you aren’t familiar, is LG’s name for its image processing technology, which relies heavily on dynamic backlight control to improve perceived contrast and black levels. 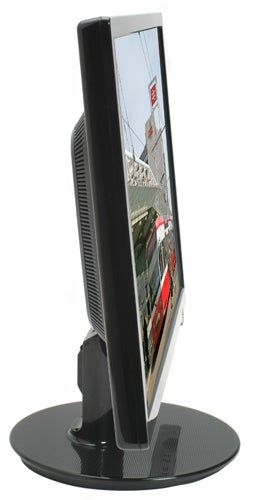 Unfortunately, this is the sort of claim that immediately sets alarm bells ringing and this case is no different. Fine, 5,000:1 may sound fantastic and makes for a great headline, but what does it look like in practice? Not good, to be entirely blunt. Switch to the aforementioned mode and everything becomes a mess of pitch black holes, beetroot red skin tones and extreme colours. It’s all rather ugly and though it may fool anyone who doesn’t know any better into thinking this monitor is capable of producing amazing colours and dark level detail, closer inspection proves otherwise.


However, as is so often the case, once you stroll past the fog of war generated by all this marketing gimmickry, you’ll find a monitor that’s perfectly capable and even verges on the excellent from time to time.

Before we delve deeper into performance and image quality though, let’s take a look at the design of this display. Finished entirely in glossy black it’s definitely one of the better looking monitors out there, though not quite as striking as the Samsung 226BW or as elegant as the HP w2207, it still has its own quality that’s quite attractive. A slim bezel gives it a low profile, while the power button is nicely integrated into the bottom edge. 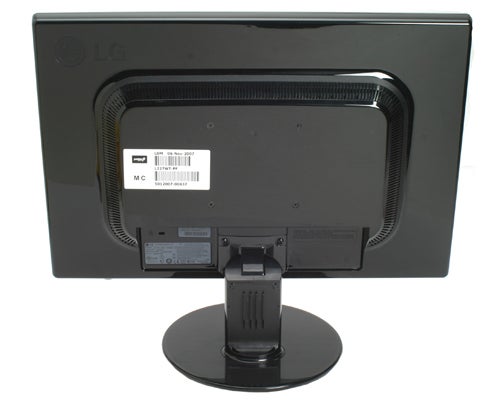 Its main weak point, however, isn’t its style but a stand design that belies its premium pretensions. For starters it doesn’t come fully assembled and, though this isn’t an arduous task, once completed the stand lacks the quality and stability exhibited by the likes of the HP. It also lacks a great deal of adjustability, relying on just tilt and swivel. For a monitor that’s currently only available for around £240 this isn’t at all impressive and some height adjustment would more than welcome, nay demanded, at this price point. Indeed, one can’t but feel LG might have been better off investing in some better industrial design than overblown image contrast modes.

For connectivity there’s nothing remarkable to report, with an HDCP enabled DVI port and D-SUB rounding off the options. There are no integrated speakers, which is no bad thing and means there’s no audio input as on many monitors.


One of the better elements of the Flatron L227WT-PF, though, is the OSD, which is nicely presented and has an unusually intuitive navigation system. On the under edge of the bezel are the control buttons, with functions written on the front edge. Pressing the F-Engine button gives you four options, Normal, User, Text and the already mentioned Movie mode.

For the most part the Normal mode is all you really require, maintaining normal and balanced colouration but with some subtle dynamic backlighting that’s quite effective. User mode is good if you want to turn off the dynamic backlight, which isn’t desirable when consistency is required. Meanwhile Text mode mainly equates to a slightly less severe version of the Movie mode, but is nonetheless no more attractive and is best avoided.

As ever, image quality is of the utmost importance and though LG has done its best to ruin things with its F-Engine Movie Mode, provided you ignore this option this is a very capable monitor. Based on a TN panel, which is no longer a source for great concern, the L227WT-PF sports a 300 cd/m2 brightness rating and this is certainly no exaggeration. It also boasts 97 per cent colour gamut coverage and this combination immediately impresses, producing crisp, bright and pleasing images.


A quick look at the TrustedReviews front page demonstrated this much, with the oranges of the menu buttons proving very vibrant and defined. Moreover, the cleanness and brightness of the white level is also very impressive, which only serves to enhance the effect of the bright colours. Viewing angles are decent too and, though you do lose some contrast from an angle, there’s no extreme colour shift and it remains perfectly viewable. 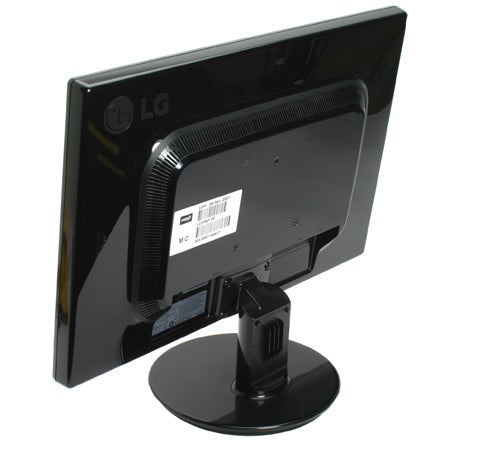 DisplayMate provided even further evidence, were it needed, of the bright and vibrant colour production, with the Colour Scales and Tracking tests boasting nicely defined gradations and striking colours. However, though a colourful and vibrant display, the monitor still struggles with dark level detail, a problem common among all LCD monitors but especially those with TN panels.


As such, the Dark-Grey Scale showed significant compression at the darker end of the scale, with darker grey shades fading into the black background. This was mirrored in the White-Level Saturation test, where the most challenging light grey shades faded to white. It must be reiterated, though, that this is fairly typical of most LCDs in this sector and though there is compression, the actual shading is accurate and evenly graduated with no hint of imperfect tones.

In real world use the LG generally pleases. As has already been noted, viewing web pages and other documents gives a good impression of how bright and vibrant a display it is, while text remains sharp and easy to read. Pictures look good too, though the finer details in darker areas still suffer from a lack of resolution.


This is also evident in video playback and in dark scenes, where detail is severely lacking. It’s a point not helped by the dynamic backlight, though it does at least eliminate the worst of washing out inherent in all LCDs. As a general rule the backlight is pretty even too, with only minor bleeding from the bottom and right edges that’s barely noticeable in most instances. 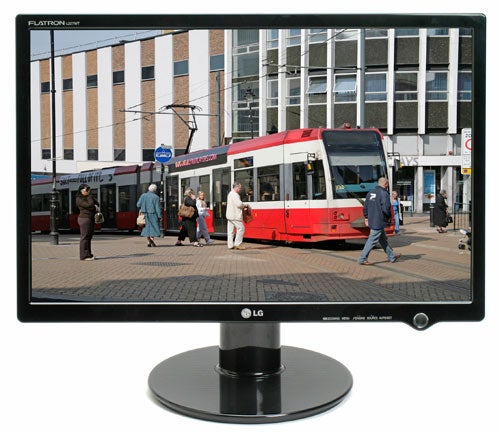 However, despite generally good and sometimes excellent image quality, one can’t help but feel that LG has missed a trick with the L227WT-PF. For the price it offers little by way of features or adjustability, settling for the kind of feature set that could be found in any bargain basement example. And, at this price, that isn’t really enough: not even close, in fact. Thus, it remains that the likes of the HP w2207, which looks an even better proposition now than it did when we reviewed it, or the Samsung 226BW that has come down in price to around £200, are probably better options.


Though image quality is generally very good the LG Flatron L227WT-PF is let down by a lack of adjustability and features at a price that demands more. Were it to become readily available at closer to £200 then it may be worth a second look, but until then there are better designed monitors out there that offer similar performance but more bang for your buck.