If you like some of the full-frontal touch-screened handsets that are doing the rounds but don’t have the dosh to afford the likes of Samsung’s Pixon, or LG’s Renoir then you can opt for LG’s Cookie, aka the KP500.


With this phone LG says it is ‘bringing an affordable touchscreen phone to the masses’. Well, OK, but LG’s understanding of the term ‘affordable’ and yours might not be the same. This is not really a handset for those looking to drastically pare their phone costs to the bone. Carphone Warehouse has it for £35 a month on Orange Dolphin, £40 a month on T-Mobile Combi and £45 a month on O2, all for 18 months.


For that kind of money, you have the right to expect something very serviceable. Up to a point, that’s what you get here. Weight and height are both acceptable. The phone weighs just 89g and measure 106.5mm tall, 55.4mm wide and 11.9mm thick. 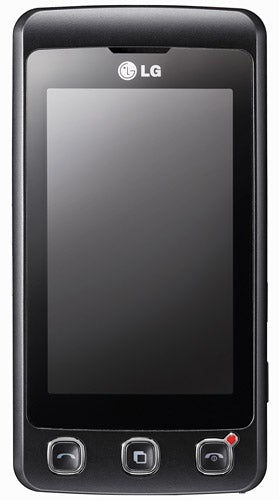 And at first glance the Cookie looks rather like LG’s own Renoir. It shares that phone’s 3in screen and its 240 x 400 pixels, as well as having the same under-screen button design offering three small buttons – Call, End and a central button that whisks you off to your favourite apps as well as a switch-list of running apps.


The user interface on the two phones is similar, too, with LG’s rather clever main screen widgets available. These are shortcuts to on-phone services that you can drag onto and off from a slide-out ‘pinboard’. Rather neatly, you can either drag the widgets to the screen space you want them to occupy or drag randomly and then shake the phone to get them to automatically align on a grid pattern. The choice of widgets isn’t as large as that on LG’s Renoir, but it does include staples like a calendar, time, image viewer and music player link.


Another rather nice main screen feature is that if you swipe left to right, any widgets you have put on the screen disappear to be replaced by as many as eight speed dials complete with thumbnail photos. Whatever image you’ve chosen for the wallpaper remains intact.


Meanwhile, tapping the top of the main screen calls up a ‘status summary’ offering basic system info, a profile switcher and Bluetooth toggle.


There’s also an accelerometer that swivels the screen round between portrait and landscape formats as you move the phone in your hands, or play games that take advantage of this feature.

So far, it all sounds pretty good. But there have been compromises made to get the Cookie to its pricepoint, and one of the first you’ll notice is its build quality. This isn’t up to the Renoir’s high standard, though I do like the rubbery feel to the outer casing, which helps with gripping the phone.


The touchscreen also leaves a bit to be desired. Tapping away to launch applications is no bother as the icons are large and responsive, and the very slight haptic vibration confirms key presses well. The problem comes when you want to enter text, for example when typing SMS or email messages.


Hold the phone in portrait format and a standard mobile phone type touchpad is on offer. Swivel it to landscape format and QWERTY keys pop up. Both use rather small keys and those with stubby fingers may find accuracy a problem. 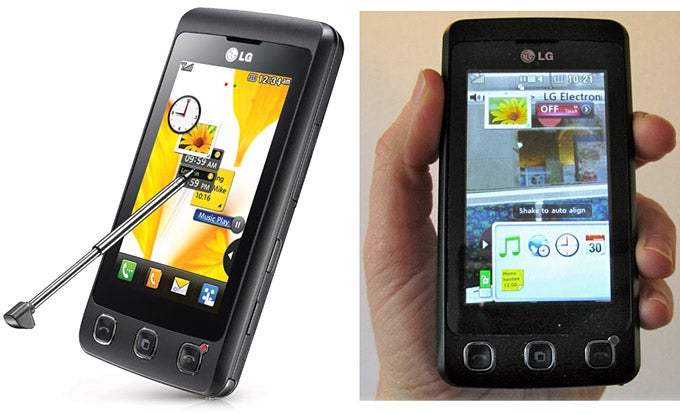 That said, you could use the stylus, but really, what touchphone user wants to do that these days? And even if you do, the stylus is a disappointment. It is an expanding type but only grows to about 75mm and it’s far too light for its own good.


There’s handwriting recognition and thankfully this is quite good if you are prepared to write slowly and clearly, though it’s no substitute for large, usable QWERTY keys.


Furthermore, the Cookie is quad-band GSM handset with GPRS and EDGE only, so if you’re after a 3G handset then look elsewhere.


You are also on a loser here if you want lots of built-in memory. There is 48MB to play with. True, a microSD card slot on the right edge lets you add more, and with the price of memory so low these days this factor is hardly a make or break one.


A bigger disappointment will slap music fans in the face like a wet kipper. Yes, it is the old proprietary headset connector problem. The in-ear buds didn’t like my ears and kept falling out. This is a perennial problem for me and if you are the same then the absence of a 3.5mm connector either on the handset or past the hands-free mic could well put you off this phone. An FM radio augments the music playback capability.

The camera has its highs and lows. It shoots stills at resolutions up to 3-megapixels which is fine, but one disappointment is that the viewfinder isn’t quite full screen. Instead a column to the left and right of the on-screen viewfinder image is occupied by settings icons or simply blank space. This is quite simply a waste of screen space.


There’s far too much shutter lag, too. You’ll be hard pressed to get an acceptable image of anything that moves with this camera. Indoor image quality suffered because of the absence of a flash and most of my indoor test shots were grainy and lacked vibrancy. The coloured dish, photographed indoors under normal household lights, is a prime example. 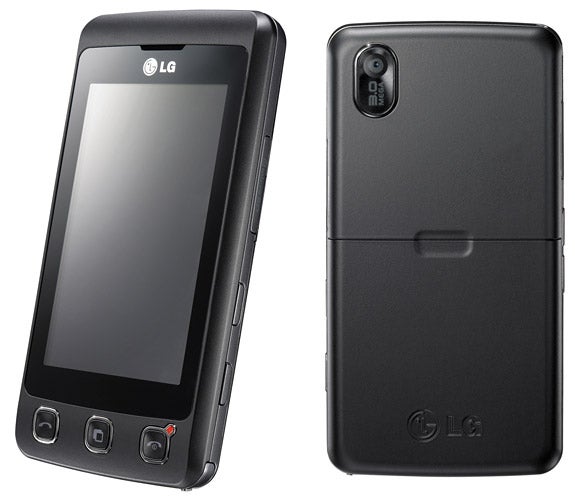 Outdoors things were much better. Colour reproduction was good. The chair is not as uniformly white as it could be but it’s acceptable, while the plant shows the camera’s ability to cope with details reasonably well.


Post shooting, you can play with photos quite a bit, adding text, stamps, frames and even applying effects like blurring, mosaic, cartoon and others.


Other applications include Web browser, calendar, to do manager, alarms, voice recorder, a notepad you can draw onto, calculator, unit converter and stopwatch.


Call quality never let me down and battery life was on the average side. I got through two-day stretches without needing to recharge, but heavy music fans will get less.


If you want Wi-Fi, GPS or 3G look elsewhere. Ditto if you want a more rewarding camera experience. But if you aren’t bothered about those things this is a reasonably good, touchscreen handset. 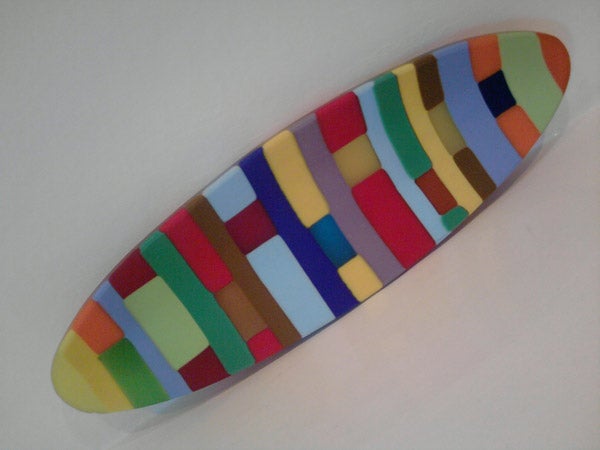