Much to my surprise, I recently caused a bit of a storm in a teacup by daring to suggest that LG’s 42PQ6000 plasma TV was merely average rather than the best thing since sliced bread with Nutella on it.


I didn’t find it at all difficult to defend my position on that set, but I was sufficiently intrigued by the level of feeling it provoked to feel motivated to give LG’s plasmas another chance as soon as possible.


So I’ve duly got my hands on the 50PS7000 – a 50in model that sits one step higher up LG’s plasma ladder than the PQ6000 range, and should therefore be able to give me another really good insight into the state of LG’s plasma play.


As with the 42PQ6000, there can be no doubt that the 50PS7000 is phenomenally cheap for such a large screen. In fact, at just £851.10 it just about falls into ‘impulse buy’ territory – at least to the extent that I could imagine someone going into a shop to buy a 40-42in TV and ending up walking proudly out with a 50PS7000 instead. 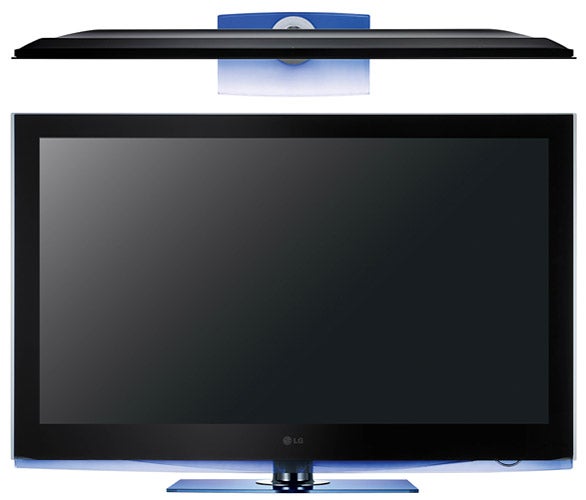 What’s more, this sense of pride will likely merely grow once our pretend bargain buyer gets their 50PS7000 home and hoiks it out of its box to discover that it’s really very attractive indeed.


As usual with LG, its aesthetics are given a great start by the opulently shiny quality of the mostly black bezel. But a little extra pizzazz is added by a translucent, blue-tinged strip that hangs off the TV’s bottom edge. What’s more, to ensure that this infusion of blue doesn’t look random, it’s also picked up in the tasteful desktop stand design.


The only thing about the 50PS7000’s looks that might put some people off it is its sheer size. For as well as the hefty matter of its 50in screen, it boasts an unusually wide bezel by today’s ‘size zero’ standards.


Spinning the 50PS7000 round will keep the smug grin firmly plastered on our pretend buyer’s face (don’t worry – I promise he’ll be heading off to the pub or somewhere soon!). For its connections can fairly be called outstanding for such a cut-price TV, including as they do four HDMIs, Bluetooth support for headphones and mobile phones, a D-Sub computer port, and a USB port that’s able to play MP3 files, JPEG pictures and even, impressively, DivX HD movie files.


With so much support for PC formats, in fact, it’s perhaps a little surprising that the TV doesn’t go the whole hog and provide an Ethernet port for accessing PC files directly, or maybe even some online services. Then again, I guess adding such functionality would have pushed costs up and thus reduced the TV’s fundamental bargain appeal.

So far the 50PS7000 has done nothing but add to the sense that its price is almost absurdly low. And wouldn’t you just know it, this theme continues into its onscreen menus.


For starters, I must stick both thumbs up for the superb presentation of the 50PS7000’s onscreen menus. Once a weakness of LG’s TVs, the new, gorgeously graphics-heavy and intuitively organised HD menus now rate as possibly the best in the TV world.


The set is keen to reinforce its obvious user-friendly credentials, moreover, via a Picture Wizard tool. This, as its name suggests, helps you calibrate the set’s picture quality with the assistance of a little selection of basic but mostly effective built-in test patterns.


The way that the Picture Wizard encourages even technophobic AV novices to at least have a go at improving the set’s picture quality is really pleasing – especially given the generally poor state of play regarding many flat TVs’ factory presets.


Not that the 50PS7000 is only out to cater for novices, mind you. For starters, a couple of preset memory slots are provided for engineers from the Imaging Science Foundation (ISF), should you want to employ one to come and professionally calibrate pictures to suit your particular room environment. 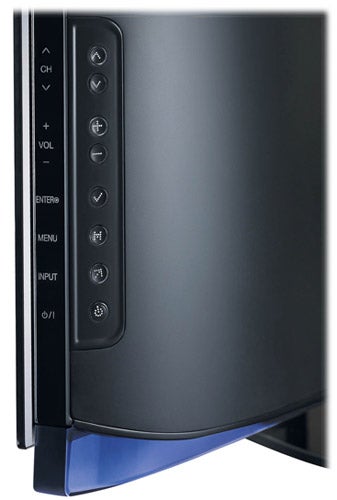 Also, as I’d expect of any TV with ISF approval, the 50PS7000 really does go the extra mile in terms of the number of picture tweaks it puts at your disposal. Among the options provided is a degree of colour management – always a favourite with professional installers. But you also get a wide colour gamut option; the ability to adjust the set’s core gamma setting over quite a wide range, optional dynamic colour and contrast processors, and an actually eminently avoidable (as it makes the picture too noisy) edge enhancement feature.


And so we finally get to the moment of truth. Will the 50PS7000 restore my faith in LG’s plasma talents? Sadly, not really. Though things are perhaps marginally better than they are on the 42PQ6000.


As a show of good faith, let’s focus on the TV’s good points first. Which start with the fact that it’s an excellent purveyor of HD detail and clarity, getting maximum impact out of its native Full HD resolution. Just remember that as noted a moment ago, you can actually push the set’s sharpness too far if you forget to turn off the Edge Enhancement tool. Also, at the other extreme, you can over-soften things if you forget to turn off the noise reduction routines – routines which, of course, you should actually never use with HD material.


It’s worth adding here that some of the HD clarity I’m talking about can be laid at the door of the set’s 600Hz frame interpolation processing (something I’ve just realised I forgot to mention when talking about features earlier!). For while not as effective as Panasonic’s 600Hz system, the way it reduces dithering, increases the sense of image solidity and, to my eyes at least, reduces the appearance of judder make it a worthwhile addition to the spec sheet.

The 50PS7000’s pictures are also unusually dynamic for a plasma TV, thanks in no small part to an ability to produce brightness levels well beyond the capability of any other plasma brand we can think of. This aggressive if not particularly subtle talent helps the set give the impression that it has a vibrant colour palette, as well as adding drama to its black level response by virtue of the way dark image elements appear side by side with very bright, colourful ones.


Look past the surface gloss and sometimes grandstanding efforts with bright HD material, though, and neither the 50PS7000’s colours nor black level response are quite as accomplished as they first appear. For instance, with standard definition, at least, even after careful calibration colours start to exhibit quite a few rogue tones, especially where people’s skin is concerned.


As for the black levels, while they look good for most of the time, if you watch a predominantly dark sequence, such as the utterly stupid night-time ‘liaison with a princess’ sequence in the otherwise excellent ”Braveheart” Blu-ray, there’s definitely a bit more greyness around than you’d get with plasma TVs from Samsung, Panasonic and, of course, Pioneer. 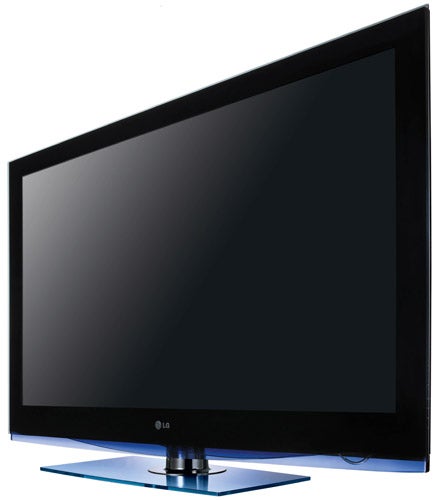 Predominantly dark sequences on the 50PS7000 also highlight another concern. For frequently during my tests I noticed weird little ‘echoes’ of very bright image elements lingering behind for as much as a few seconds after they were supposed to have disappeared. It’s possible that this problem might diminish the longer you use a 50PS7000, but not one of the other current plasma brands suffer with a similar issue, so I don’t see why the 50PS7000 should either.


The 50PS7000 hits more trouble when showing standard definition sources. For as well as introducing the extra rogue colour tones noted earlier, the 50PS7000 doesn’t do a particularly great job of suppressing the video noise inherent to so many Freeview broadcasts, and even a few DVDs.


Wrapping up my assessment of the 50PS7000 by checking out its audio talents, I was pleasantly surprised by just how crisp and ‘alive’ the TV sounds with a good movie soundtrack. It’s a pity, perhaps, that there’s not a bit more manly bass ‘grunt’ on hand to counterpoint the tinkly stuff, but the occasional harshness that thus occasionally appears isn’t a bad price to pay for such a consistent level of audio clarity.


Fans of LG’s plasma screens will probably just see this review as an exercise in self-justification for what I said about the 42PQ6000 recently. But all I can say is that I’m being completely honest when I state that while I appreciate its price point, the 50PS7000 is another LG plasma TV that’s ultimately left me feeling slightly cold – especially when I think about what’s going on in some other quarters of the plasma and even LCD worlds.