Obviously we’re not just repeating this in a pathetic bid to stretch this review out a bit. Honest. We’re just trying to stress the point that even in today’s ultra-competitive flat TV world, LG’s king-sized LCD big boy looks like a bargain. But are looks in this case deceptive?


Well, LG certainly doesn’t seem to have skimped on the 47LY95’s design, at least. It’s sleek, shiny, pretty and even, dare we say it, quite subtle by today’s Flash Harry standards.


The set’s connections similarly show no really obvious signs of corner cutting. The provided two HDMIs, for instance, are adequate for this money, especially as they’re able to let the TV’s remote take control of other LG gear you may have attached to them. It’s a pity this control system isn’t more ‘open standard’ so that it could work with source kit from other brands, as with some rival systems. But it’s better than nothing. 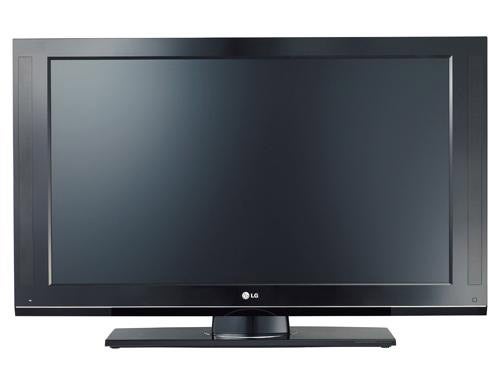 Elsewhere can be found the de rigueur component video input and Scarts, plus all the paraphernalia associated with a built-in digital tuner and a D-Sub interface so you can bring your PC gaming out of the study and into the living room on a grand scale.


A hugely pleasant surprise on such an affordable TV is the discovery that the 47LY95’s resolution is 1,920 x 1,080, making it a full HD set for less money than you’d normally expect to spend on a standard HD Ready one of such a size. And before you ask, yes, it does the decent thing of providing a mode whereby pixels in an HD source are mapped to the screen on a direct one for one basis, with no mess-inducing overscan processing.


The HDMIs are also significant in HD terms for taking the 1080p/24fps HD format used on most Blu-ray/ HD DVD discs these days – a fact which means the TV can receive the purest possible pictures from high-end HD players that support direct output of the 1080p/24fps feed.

Other bits and bobs of interest in the TV’s menus are LG’s XD Engine image processing for improving colour toning/saturation, contrast, sharpness and motion handling; MPEG noise reduction for smoothing away the blockiness that can afflict low quality digital broadcasts; and finally a dynamic contrast system that can reduce the backlight output when dark scenes are detected, to boost black level response. Thanks to this latter feature LG claims a healthy contrast ratio of 5000:1 for the 47LY95.


Unfortunately, though, our experience of actually watching the 47LY95 suggests that this contrast ratio is really rather optimistic. For the bottom line is that black levels really ain’t too hot.


Trying to play Xbox 360 stunner Bioshock on the screen, for instance, found us becoming as tired out by squinting through the grey pall that hangs over parts of the picture that should be black as we were by the raw atmosphere and tension of the gameplay. 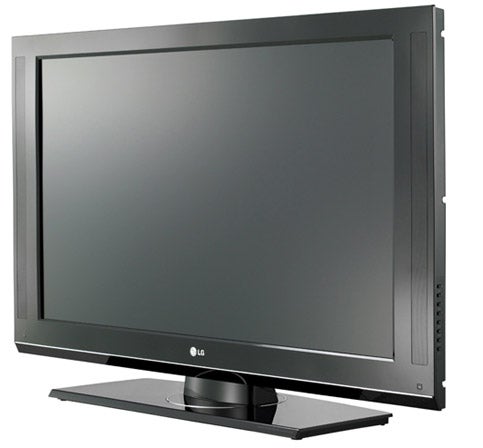 Similarly with a dark film, such as Superman Returns on HD DVD, the picture often loses considerable depth and realism, despite the efforts of the dynamic contrast system. This sort of contrast problem was once pretty much universal in the LCD TV world, but these days we expect – and often see – black level efforts rather better than that of the 47LY95.


Having started down the negative road, we might as well also take a pot shot at the LG’s handling of 1080p/24fps material. We’re not sure what refresh rate the TV converts such feeds to before showing them, but we certainly can say that whatever it is, it doesn’t work very well, leaving our pure Blu-ray feeds looking distractingly juddery. In other words, you’re better off getting your HD deck to output 1080p/50 or 60Hz instead, thereby negating the whole point of having 1080p/24 compatibility in the first place.


Now we’re sticking it to the LG in really quite harsh fashion, we might as well finally chuck in the fact that the 47LY95’s colours are rather flawed too. For while they’re very impressively rich and bright – arguably more rich and bright than any colours seen on a flat TV before, in fact – their tone occasionally loses the plot a bit. And so while riotously bright, colourful fodder like Monsters Inc on DVD looks wonderfully solid and engagingly bright, it’s common during darker scenes in non-animated films to find skin tones looking a bit ill, and reds and greens looking a little ‘computer generated’ rather than entirely natural.

Since these colour issues mostly occur during dark scenes, it seems fair to assume that they’re at least a partial reflection of the LG’s black level shortcomings.


Turning now to the reasons why the 47LY95 still musters a 7/10 for Image Quality despite everything we’ve just said, its single strongest point is its terrific clarity while showing the 1,920 x 1,080 HD sources that make up practically all of the UK’s HD material.


With the 1:1 pixel mode engaged, the amount of fine detailing present in sharp, textured HD source material such as the Venice sequences in the Blu-ray of Casino Royale is really quite breathtaking. Especially since the sharpness is delivered without such common side effects as grain or dot crawl. Or any other image noise, come to that.


Also appealing is the sheer drama of the LG’s colour palette. Yes, this occasionally gets let down by the odd rogue tone, as we mentioned earlier. But for most of the time the sheer aggressiveness of the way the 47LY95 pumps its palette out ensures that your eyes are kept locked on the action. 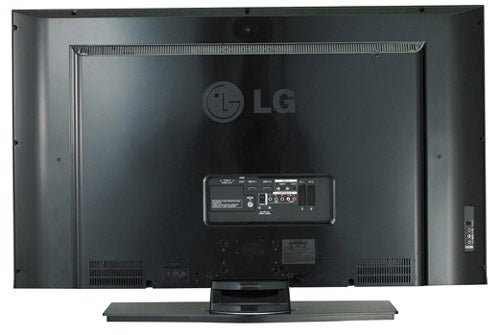 What’s more, this colour aggression does not preclude any sort of colour subtlety, as the pixel density afforded by the 1,920 x 1,080 resolution actually helps the 47LY95’s colour blends look rather finer than usual – certainly vs mere HD Ready rivals, at least.


One final decent thing about the 47LY95’s images concerns its standard definition quality. Usually LG isn’t too hot on this, plus full HD screens usually struggle to meet the extra scaling demands related to converting standard definition TV broadcasts into a resolution that fits into a 1,920 x 1,080 pixel count. But the 47LY95’s standard definition images definitely look a touch sharper than those of most other LG LCDs and those of most other full HD TVs. (Though the usual problems of extra motion smearing and extra colour discrepancies certainly remain to some extent).


Turning briefly to the 47LY95’s sound, the set delivers a pretty strong account of itself, with plenty of raw volume, good clarity and even a modicum of bass.


Given how affordable it is for a 47in full HD LCD TV, we really wanted to love the 47LY95. But no matter how much we might wish it were otherwise, ultimately that potential ‘love’ is reduced to a ‘mild like’ by the way we’re forced to make slightly more compromises in one or two key areas than we’re really happy with.