When it comes to TVs, LG could never be accused of not offering enough choice. Its 2008 LCD TV line-up features no less than 24 models within eight different series, ranging from 19 to 52in, 17 of which boast full 1080p resolution. This 42in set is pulled from the 5000 series, one of three ranges launched in the first half of this year (sandwiched between the 6000 and 3000 series) and offers a feature list to die for.


But as ever LG’s primary focus is on the aesthetic, and it really pushes the boat out with the 42LG5000. The set is completely gorgeous, sporting a black high gloss finish, gentle curves and a fetching swivel stand. But the best feature is a new invisible speaker system, which incorporates speakers in strategic spots around the entire bezel so that they’re completely hidden from view, giving the set a clean, compact appearance. But its benefits aren’t just visual – LG reckons this speaker-packed bezel generates a ‘wall of sound’ that offers a wider sweet spot. 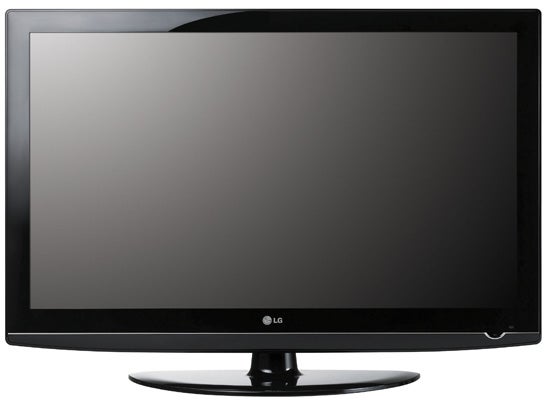 The set also features a wealth of connections, including three HDMI 1.3 inputs (two on the rear and one on the side) all of which support Deep Colour and LG Simplink (LG’s name for HDMI CEC). These are backed up by component video, two SCARTs, PC input and optical digital audio output on the rear. There’s also a USB port on the rear but before you get too excited, it’s only for service purposes. Joining the third HDMI on the side are S-video, composite and stereo audio inputs and a common interface slot for adding pay TV channels to the Freeview line-up.


The 42LG5000’s panel resolution is 1,920 x 1,080, allowing you to display 1080p material from a Blu-ray or HD DVD deck in all its glory. Even better news is that the set features a 1080/24p mode called TruCinema. This runs at 120Hz and uses a 5:5 pulldown technique to display each of the 24 frames five times, but because all of the frames are shown for the same amount of time there’s no judder.


LG has also packed the set with a range of proprietary picture technology, though it lacks the TruMotion 100Hz mode found on the 6000 series. What it does feature is Intelligent Sensor, which automatically adjusts the picture depending on the viewing conditions to deliver the optimum picture – reducing power consumption and protecting against eye strain in the process.

All this tech is fine but if you want to tweak pictures yourself, then the LG lets you optimise the image to an obscenely detailed level using the Expert Mode, which is approved by the Image Science Foundation (ISF). Wide Colour Control (WCC) expands the colour range to display the source material more accurately, while the AV mode lets you select different picture presets (Cinema, Sport and Game) at the push of a button. Meanwhile, Eye Care is an anti-dazzling system that reduces bright whites and boosts blacks during dark scenes, in order to stop your eyes feeling tired when watching the screen for a long time.


LG also caters for sound quality with Clear Voice, an innovation that’s useful for boosting dialogue when watching movies that have been downmixed from 5.1 to stereo. It’s joined by SRS TruSurround XT that opens up the sound to create a wider soundstage, alongside five audio presets that suit different types of material. 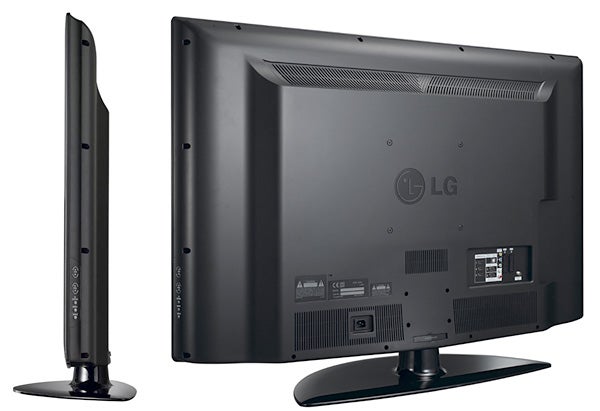 LG has put a lot of effort into the user interface. The set features a wonderful menu system that features crisp, full colour graphics that look more like a computer game than a TV setup menu. The menus are also intelligently structured, making all the options very easy to find. We’re also a big fan of the remote, which boasts an intuitive button arrangement, bold labelling and an unusual dappled finish that adds to the set’s overall sense of style. Many of the key functions are given their own buttons which saves a lot of time.


With so much impressive image technology on board, the LG’s picture quality comes as a big disappointment. That isn’t to say it’s all bad, but there are certain flaws that prevent it reaching the heights of the best LCD sets on the market.


But let’s start with the good stuff. High-definition sources look incredibly sharp, with the LG picking out the minutest details from Blu-ray discs. We played ”I Am Legend” on a Sony BDP-S500, with its HDMI output set to 1080/24p, and the LG does a great job of bringing every one of those lovely pixels to the screen. Shots of the deserted New York streets look fantastic, close-ups of Will Smith’s face reveal every hair on his chin and even in the dark you can make out detail amid the shadows. This razor-sharp reproduction does have a downside though, as it draws even more attention to the movie’s awful CGI zombies. Seriously, why didn’t they just use actors?


Colour reproduction is also impressive, making everything from skin tones to blue skies look realistic and forceful. You can also see the benefits of the 10-bit colour processing during scenes inside Will Smith’s house, where the gradation of the shadows on the background walls look smooth and free from banding.

So why aren’t we blown away by the 42LG5000’s pictures? The main problem is its inability to keep motion blur in check. Moving objects, such as a car zooming round the city or even more gentle movements like Will Smith raising his hand to his head, leave a really obvious trail behind them that gives the picture a disorienting haze and compromises edge definition. On this evidence LG’s claimed 5ms response time seems optimistic – perhaps the TruMotion 100Hz mode will eliminate the problem on its higher-end sets.


A second but less serious problem is black level, which doesn’t reach the depths that the quoted 50,000:1 contrast ratio would suggest, but they’re good enough to make movies seem adequately cinematic. 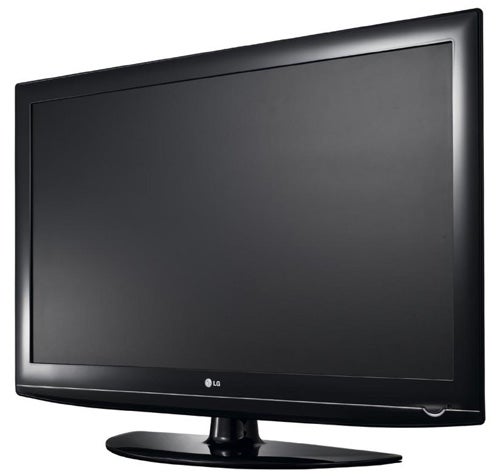 But even more unforgivable is the quality of standard definition pictures. We played a DVD on the Sony Blu-ray deck via HDMI (running at 576p) and the image suffers from a layer of dot noise across the screen, plus straight lines look jagged. Combined with the aforementioned image lag, it adds up to some rather scruffy looking pictures. We also tried upscaling the DVD to 1080/50p to see if it would help, but the same artifacts were visible.


On a more positive note, the invisible sound system works a treat, delivering rich and dynamic sound with more bass than you’d probably expect from such a slim frame. And SRS TruSurround does a wonderful job at making stereo sound seem louder and more expansive.


At first glance, the 42LG5000 looks like a winning proposition, with a vast number of innovative features and an alluring design, all for a reasonable price. And despite a good effort with high-definition material, its motion blur problems and poor SD pictures prevent it from earning our wholehearted recommendation.